This UK-designed armoured fighting vehicle is tougher, more agile and smarter than the FV107 Scimitar it replaces. 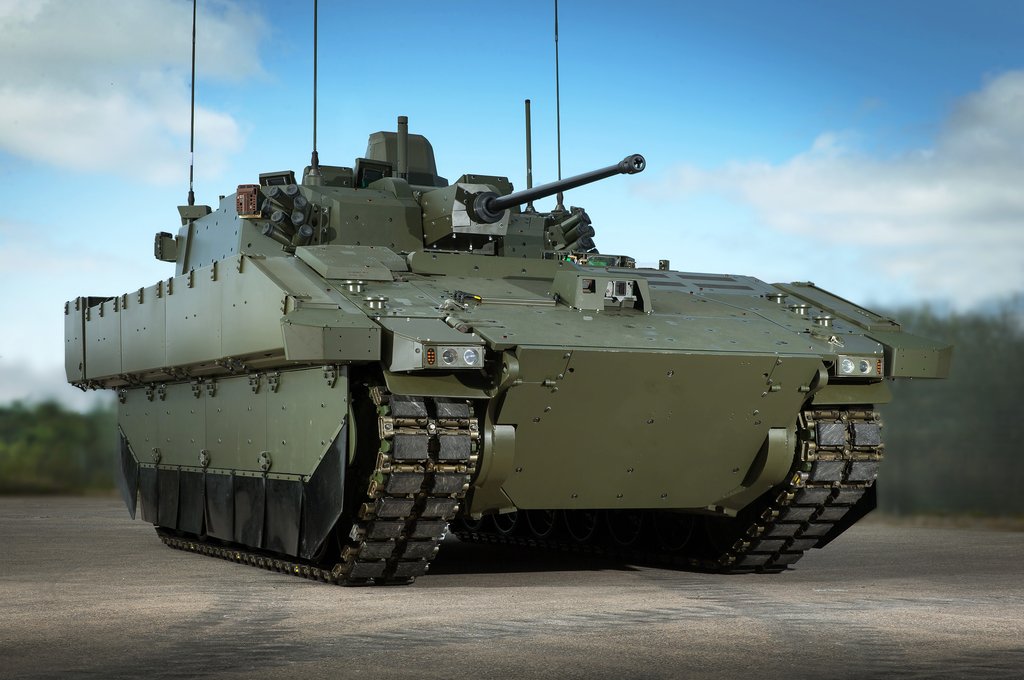 The Ajax of Greek mythology was no pushover. He was the warrior's warrior: an enormous, fearless brute of a man, but also the most agile and cunning of fighters. It's no wonder why General Dynamics UK took his name for its new armoured fighting vehicle. Created for the British Army and unveiled on 15 September at the 2015 Defence and Security Equipment International (DSEI) show in London, the turreted prototype arrives to replace the UK's long-serving FV107 Scimitar. And just as the US military's new JLTV is to the ageing Humvee it retires, the Ajax promises dramatically greater firepower, manoeuverability and survivability than its predecessor — a vehicle that entered service in 1971 with a 195-horsepower six-cylinder engine from Jaguar.

The Ajax moniker will apply to a family of tracked vehicles, each taking the name of a figure from ancient mythology. The turreted model you see here will be the most common version but, like the vehicles in Gerry Anderson's old Thunderbirds TV programme, there will be five non-turreted Ajax variants, each with different armoured body work and specialised battlefield role — including a repair and tow vehicle, a mobile front-line headquarters, and a plough-equipped engineering recon vehicle.

General Dynamics UK, the British arm of the US-based defence and aerospace company, last year won a £3.5b contract to build 589 Ajax vehicles for the British Army (245 of which will be the turrented model). The company will start delivering the vehicles in 2017, with the last of them rolling down the production line in 2024.