Should cities be car-free zones?

As smog-shrouded Mexico City enacts a temporary ban on cars, questions about the smartest ways to improve urban air quality.

Mexico City sits on an inland plateau hemmed in by a ring of volcanic peaks. This pollution-trapping topography makes air quality a constant concern for the 23m people who live here.

Last week, the country took a decisive step toward improving air quality by enacting a temporary periodic ban on private and federal vehicles in the city. The rule — which will be in effect from 5 April through 30 June — prohibits driving in the city one day each week and one Saturday each month. Hybrid and electric vehicles are exempt from the ban, as are government service vehicles, public transport options and school buses.

The rule — which will be in effect from 5 April through 30 June — prohibits driving in the city one day each week and one Saturday each month.

The strategy isn't a new one to Mexico; the city has employed variations of the so-called "no circulation" tactic for close to 30 years. And Mexico City isn't the first urban centre to dabble in car-free living. Paris, a city with some air-pollution challenges of its own, slowed to pedal-powered speed on 27 September last year for an event that was designed to raise awareness for a citizens collective called Paris Sans Voiture (Paris Without Cars), itself inspired by the popular Car-Free Sundays in Brussels. But Mexico City's ban is more than an awareness-raiser; the ban was enacted with the direct aim of mitigating air pollution. Last month, the city sank into a deep brown haze of smog when pollution levels, according to the US Environmental Protection Agency’s Air Quality Index scale (see graphic below), passed the 200 mark, prompting officials to issue the metropolitan zone's first air-pollution alert in 11 years. The city ordered some 1.1m of the area's 4.7m cars — and close to half a million of them in the city centre — off the streets and offered free bus and subway rides as a further incentive to leave cars parked.

Mexico City's temporary vehicle ban and events like those in Paris and Brussels raise questions about the best ways to improve urban air quality. India, whose urban dwellers breathe some of the world's dirtiest air, has tried a variety of solutions — not the least of which was a decision in 1998 to switch smog-shrouded Delhi's 1,600 city buses and 25,000 auto-rickshaws from diesel to cleaner compressed natural gas. Last year, Delhi officials unveiled a plan that would allow vehicles with licence plates ending in odd and even numbers to operate only on alternate days — this following a decision to ban diesel vehicles older than 10 years. And earlier this year, in an effort to curb congestion (and, by extension, cut pollution) by discouraging car-ownership, the Indian government instituted a 4% sales tax on new-car purchases.

Notoriously smoggy Beijing also has experience with modulating roadway congestion to clean the air. The city instituted alternate-day rules in advance of the 2008 Olympic games and before last year's globally publicised Victory Day military parade. Both efforts produced dramatic, if short-lived, results — the Victory Day event's dazzling skies earned the nickname "parade blue". The day after, the vehicle-use restrictions were lifted and the blue faded back to gray.

And then there is London's oft-derided congestion charge, instituted in 2003. The charge (presently £11.50, up from £5 in 2003) has yielded billions of pounds of revenue (a good portion of which has gone toward public-transport and infrastructure improvements), but it has also had a measurable effect on air quality. Within a year of congestion-charge implementation, Transport for London reported that nitrous oxide, carbon dioxide and particulate matter levels fell by more than 13%.

For now, Mexico City — named by the United Nations as the most polluted city on the planet in 1992 as its AQI number touched 398 — can look forward to the late-June start of the region's rainy season, when daily showers will help scrub the atmosphere of ground-level ozone and airborne particulates. 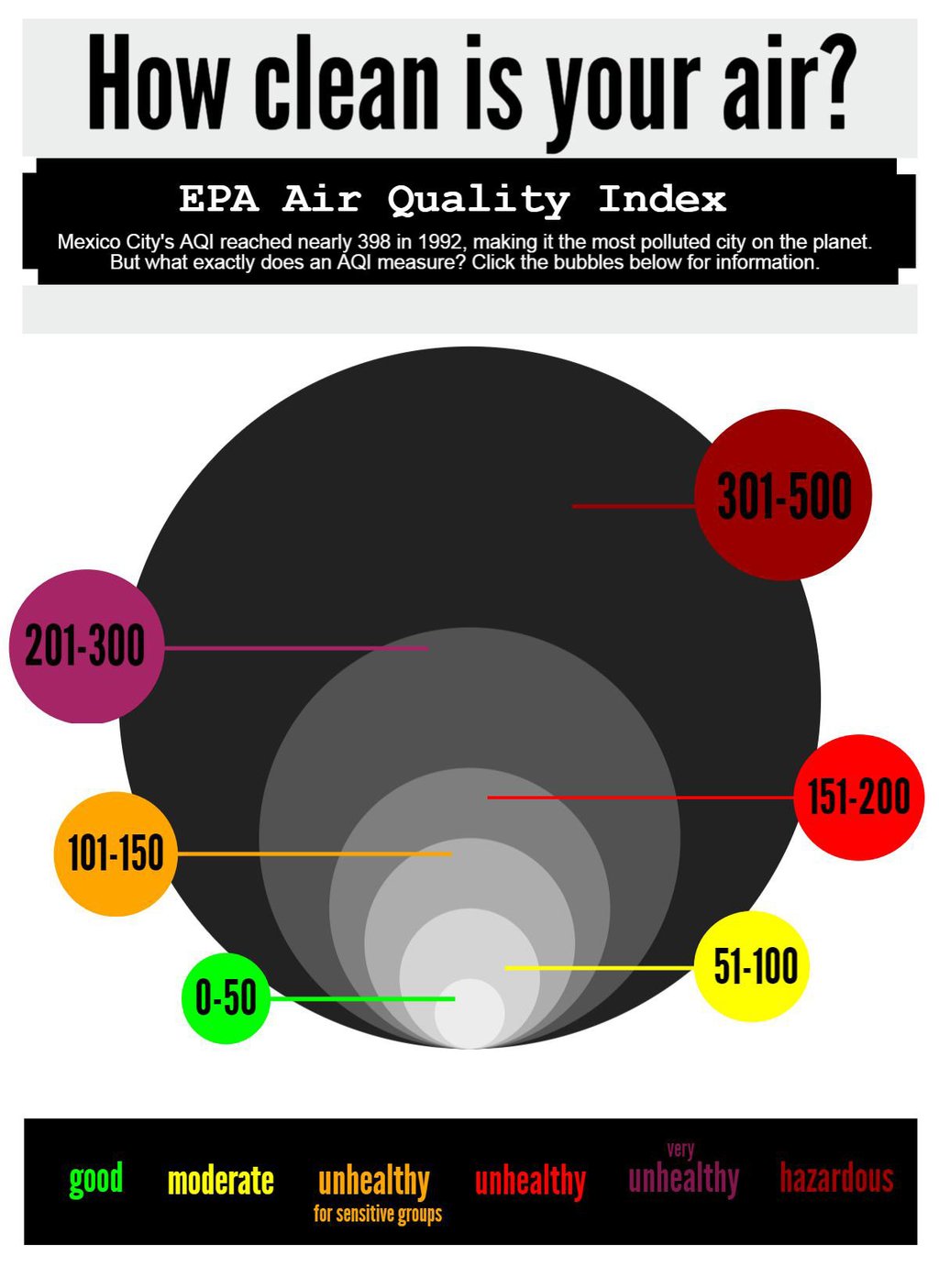 And if you liked this story, sign up for the weekly bbc.com features newsletter, called “If You Only Read 6 Things This Week”. A handpicked selection of stories from BBC Autos, Future, Earth, Culture, Capital and Travel, delivered to your inbox every Friday.