The ‘invisible’ women at the heart of the chocolate industry

In the cacao orchards of Ivory Coast, women do most of the work for just a small portion of the income. Now, they are calling time on patriarchal attitudes.

Rosine Bekoin has been farming cacao for more than a decade, but it’s only since graduating from a pioneering leadership school that she’s had control over the money she earns.

Women do everything, right until the cocoa dries - Salimata Diakite

She describes her transformation as “day and night”.

“I used to think I had to wear a wrap, have a baby on my back and cook for my husband,” she says. “I used to beg him for money.”

“Now we make a budget together and I’m afraid of nothing because I know how to manage my money. I am stronger. I am a leader of many people now and know I can do things on my own.”

As a landowner, Rosine is in the minority. Only 25% of landowners in Ivory Coast are women (Rosine’s grandmother fought hard to pass the land to her, but her male cousins are still contesting).

Yet women play a critical role in the country’s cacao sector – the biggest in the world and the key raw ingredient to make cocoa powder, the basis of the $110bn (£85bn) global chocolate industry.

Women do about 70% of the work on Ivory Coast cacao farms and receive only about 20% of the income, according to the African Development Bank. 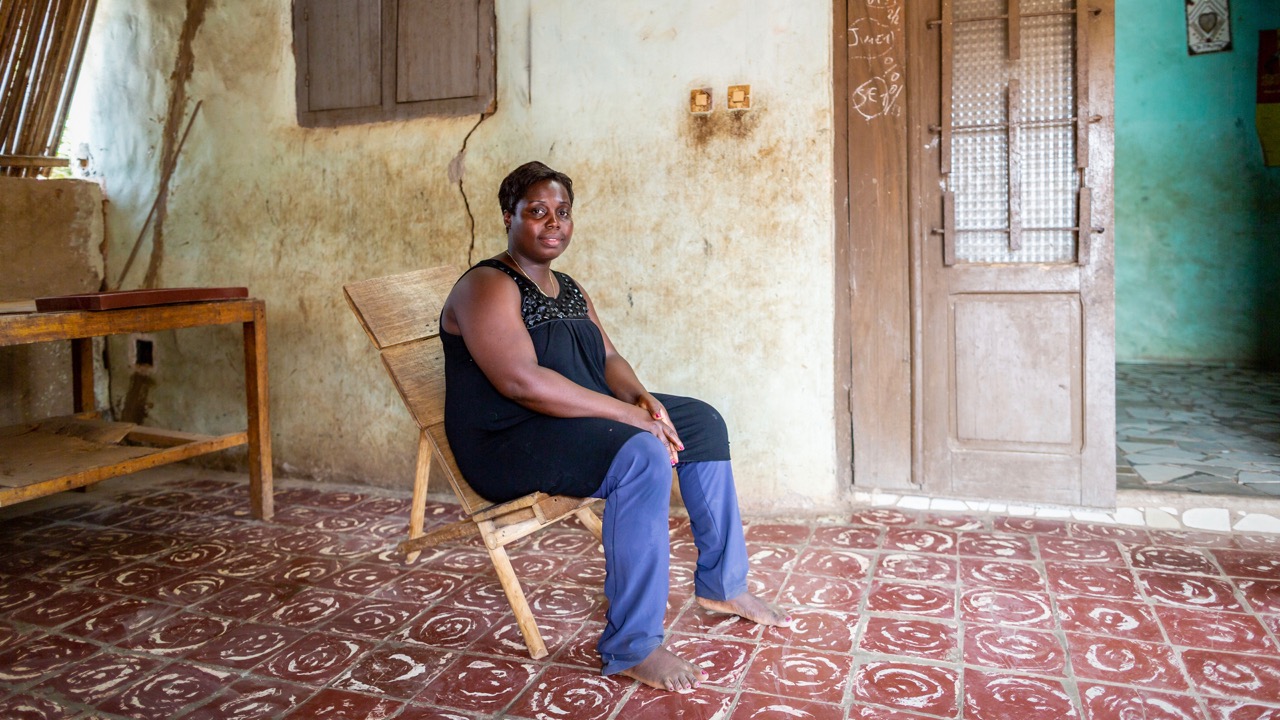 Rosine Bekoin is in the minority as a female landowner (Image: Christopher Terry)

Cacao producers live below the extreme poverty line – the average cacao farming family member is estimated to survive off 74p ($1) a day in Ivory Coast, but for women that figure is just 23p ($0.30) a day.

Patriarchal attitudes often exclude them from decision making, land ownership, and the all-important stage of selling the crop. Legally landless and therefore not considered “farmers”, women’s ability to join co-operatives, receive training, access finance, and improve their lives, is limited.

“It’s really hard being a female cocoa farmer,” says farmer Salimata Diakite in Dramanekro village. “Women do everything, right until the cocoa dries. But the men take the cocoa, sell it, and are never accountable towards women.”

This has prompted the Fairtrade Foundation to say women in West African cacao are often “invisible”. Across all developing countries, rural women work longer hours, but have only a fraction of the land, credit, inputs and training, says the UN’s Food and Agricultural Organisation.

Now though, a tenacious group of female farmers is turning the tables with the help of a pioneering Women’s School of Leadership (WSOL). Run by Fairtrade Africa, the school is teaching confidence, money management, sustainable farming practices – and gender rights. 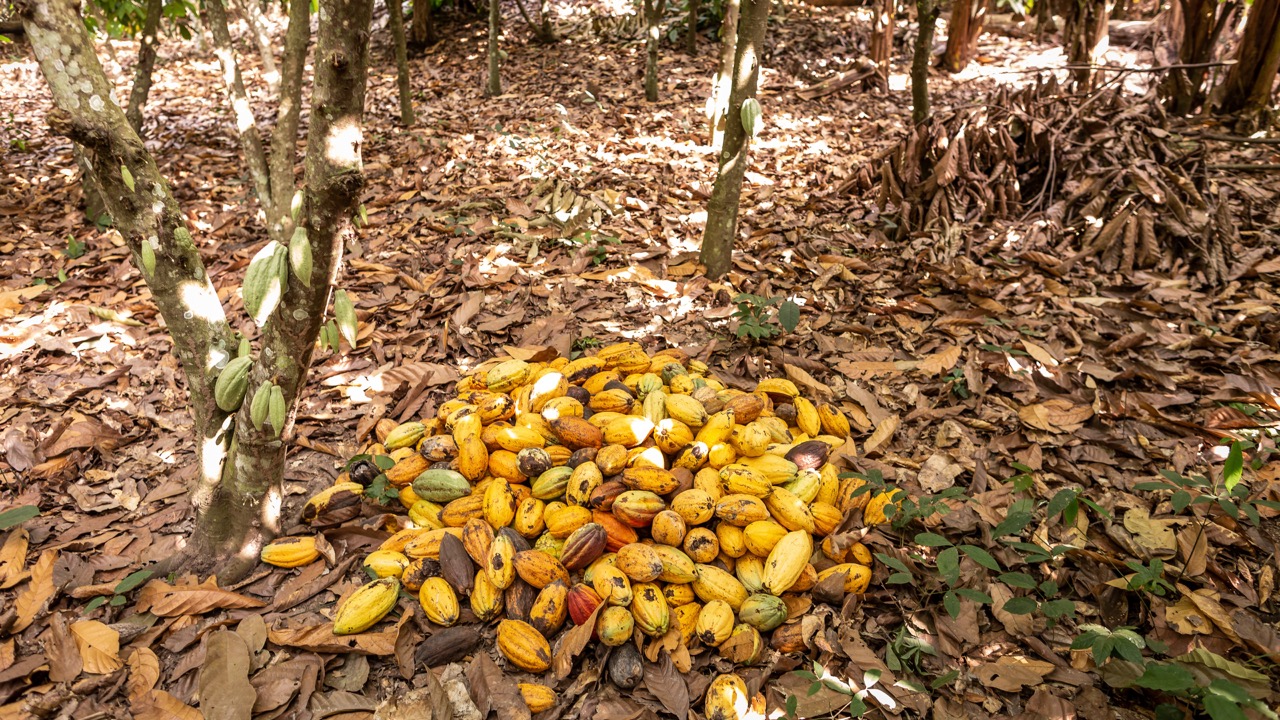 Female graduates say it has been life changing, while male students say they are listening to their wives, sharing chores and becoming gender ambassadors.

Graduates have started their own women’s societies to share their training and have launched side enterprises to supplement their incomes against volatile cacao prices – key for children, since the money women earn often goes to schooling.

Under the shady cacao trees on Rosine’s farm near Adzope village, Pauline Indouboua chops at weeds with her machete.

Rosine employs Pauline and her husband as “share croppers”, people who manage a parcel of land on behalf of landowners.

Women in Pauline’s position are even more “invisible” than other female cacao workers, says the Fairtrade Foundation. Share cropping contracts are normally given to men, but are dependent on them having a wife as labour.

Pauline, a migrant from Togo, is shy speaking French. She says she would like to attend the leadership school, but worries about her “painfully limiting” illiteracy.

Empowering other women is something Rosine is now determined to do. 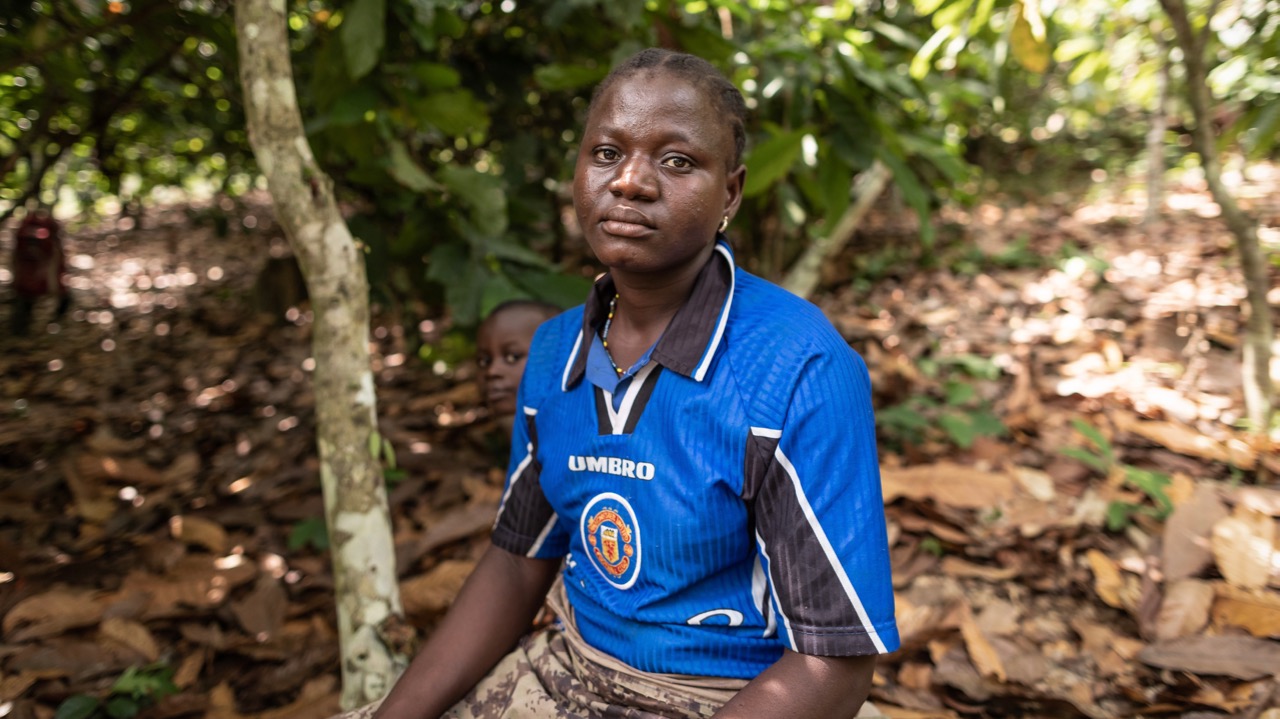 Down the road in the sun-scorched village, she helps women in the CAYAT cacao cooperative Women’s Society roast and pound cacao beans into chocolate bars to sell as a side hustle.

Rosine is now secretary of the Women’s Society, with Yaoua Adingra – also a graduate of the leadership school – as president and radio spokesperson on gender. The pair push women and girls to get an education.

“Even if girls can’t go further, we encourage them to do more, to train in farming or agroforestry,” says Rosine.

“We tell women they can improve their revenues by joining co-operatives and getting training,” adds Yaoua. “They don’t have to be behind men, they are worthy too.”

“When only men make decisions about money, they spend it on alcohol and chasing women,” says Yoaou. Rosine adds: “Men are selfish with money, women share it.”

Finding other income streams as a cacao farmer is important: “Outside the cacao harvesting season, when the income isn’t there, it’s the women who have sold other things that pay for school fees,” says Rosine. 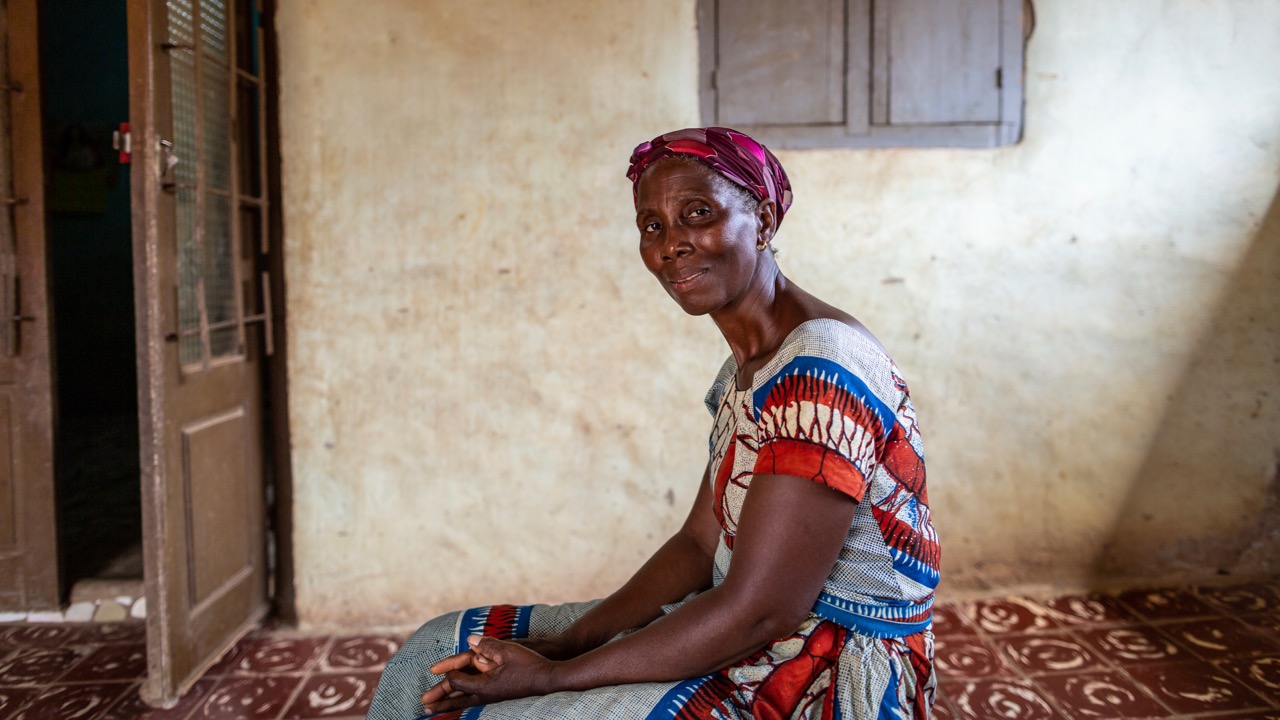 Before people would cut down trees to expand, but now they can produce more on smaller plots. – Serge Pacome Kipre

Empowering women is “not about trying to fight men” though, says Yaoua, but about making women true members of society, since women will lift the whole community with them.

Their fledgling chocolate business is a case in point: “We want modern machines, technicians to train us and partners to help commercialise and make a local brand,” says Yaoua. “We want to create jobs for the whole community.”

A few kilometres away in Dramanekro village, fellow WSOL graduate and cacao farmer, Salimata Diakite, agrees.“I spend a lot of time talking to young girls,” she says. “I tell them ‘don’t be diminished by a man’. I meet opposition [in the community] but we talk and I succeed in convincing people. I tell them that empowering women helps everyone.” 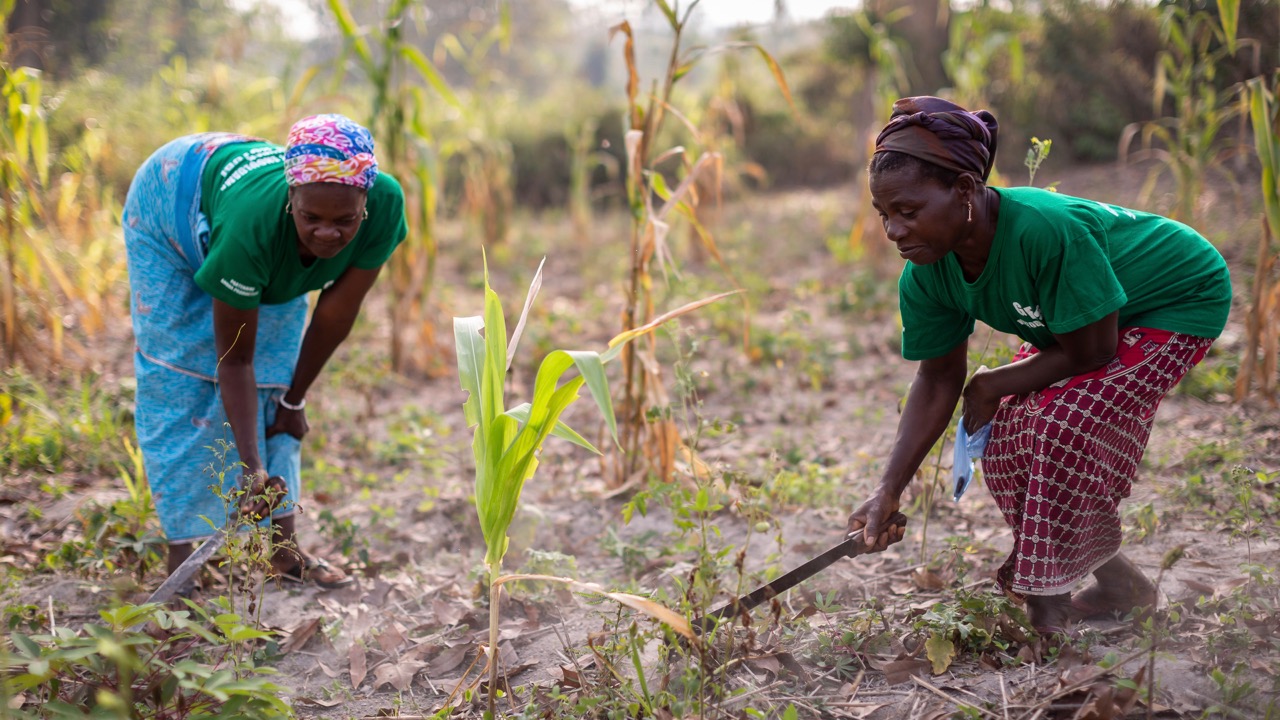 The women’s society she established supplements cacao incomes by growing vegetables, and is expanding peanut production by 400% due to local demand for its homemade butter. Edith has also started a motor-taxi business to ferry farmers to their fields, giving her daily income.

“Before I used to hide myself and cry because I could not buy what I needed,” says Edith. “But having diversified I feel financially safe and can better deal with volatile cacao prices.”

Farmers learn to integrate vegetables and fruit trees into their orchards and plant larger trees to provide shade and retain moisture as the climate warms, making cacao farms more sustainable in the long term.

The cacao tree, which likely originated from South or Central America, naturally grows under the shade of other trees. But as demand for the crop increased worldwide and its cultivation spread to West Africa, monocultures that produced higher yields, at the expense of soil quality and longevity, became the dominant growing method.

Rock-bottom cacao prices and low productivity lead many cacao farmers to cut down forests in an effort to grow more cacao and raise their incomes. In Ivory Coast, The Sustainable Trade Initiative estimates that 57% of land cultivated for cacao outside of certified sources originates from primary forest. 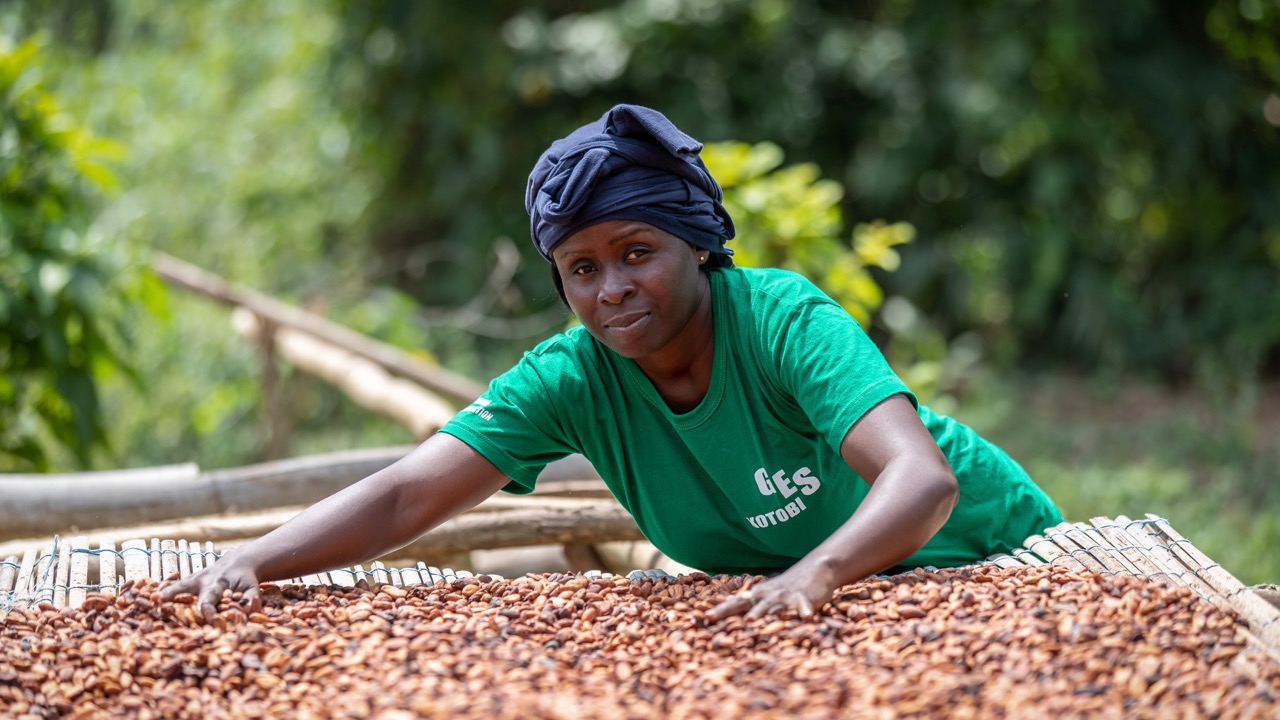 Among those attending Edith’s farm school, pesticide use – and costs – are down now farmers know how to calculate optimum application rates. Pruning techniques have also reduced pests and disease, while fermenting beans in banana leaves rather than plastic is improving quality and the price farmers can get for their crop.

“Productivity is increasing,” says agronomist and farm school trainer Serge Pacome Kipre. “Before people would cut down trees to expand, but now they can produce more on smaller plots.”

Edith’s financial training will also help in her goal to start a charity for widows and orphans. Unable to afford medical care, many cacao farmers still die of poverty, she says, and patriarchal attitudes to land ownership often mean that, when male landowners die, their wives do not automatically inherit their land, leaving women and children destitute.

Loans are often inaccessible to women working in cacao, too. But through her women’s association, Amah Kouao, in Aniassue, has set up interest-free loans for members to break down this barrier. Amah says her financial training has been critical to help her look after her 13 grandchildren and their parents after their farm was destroyed by a bushfire. 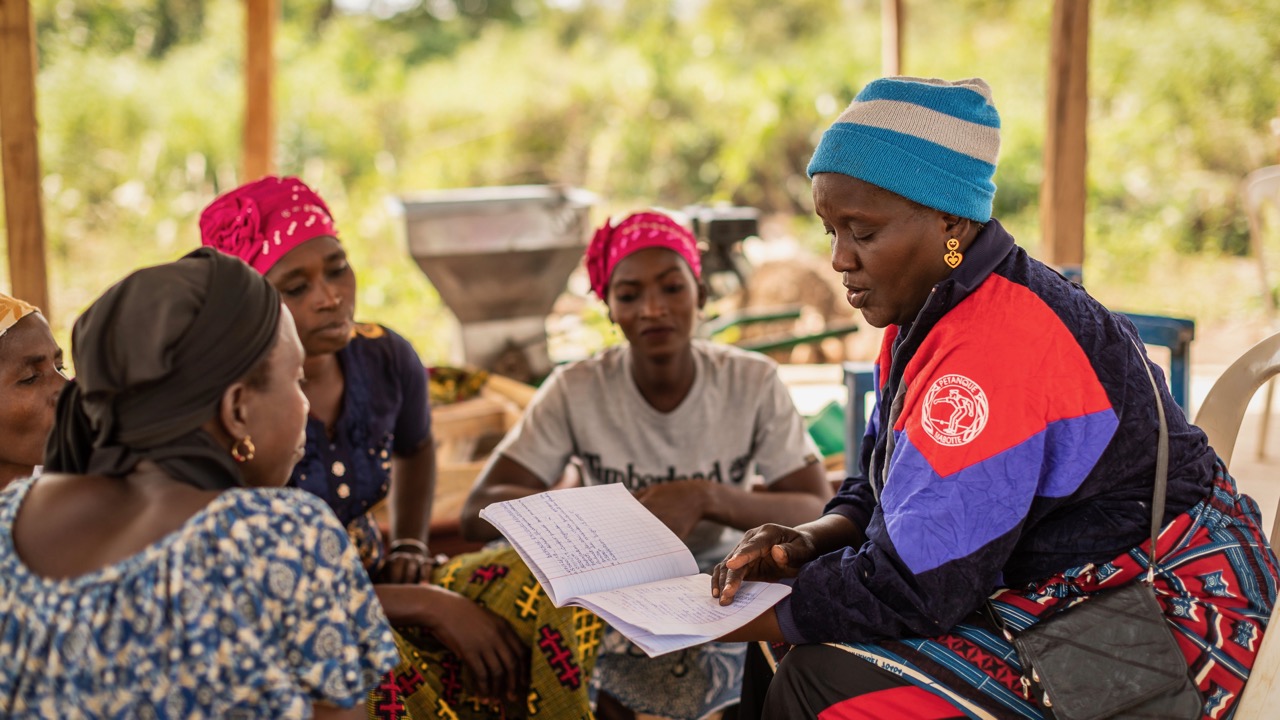 It’s not just women who benefit from the leadership training. Amah’s friend, Amoakon Kpanguin, one of the men to attend the WSOL, has become a local promoter of gender equality, too.

“I realised life for women on cacao farms was unbearable,” he says. “Previously, men used to deny women their rights, but after training we realised women needed to make decisions too. Now I help my wife cook and clean, and we budget together. People sometimes call me a ‘woman’, but my wife and I now live in peace.

“I wish everyone in the country could have this training.”

But training can only go so far. To drive their enterprises forward and escape poverty, the women say they now need further investment, and to be paid fairly for their cacao.

There are international efforts to make cacao pricing fairer, in an effort to tackle poverty among farmers as well as deforestation. Last year Ivory Coast and Ghana – which together account for nearly 70% of global cacao production – announced that companies would have to pay an extra $400 (£311) per tonne on all cocoa. From the 2020/21 season, a minimum price will be set to try to improve farmer incomes. Fairtrade has also increased what it pays cacao farmers, so they have a bigger buffer against global prices drops. 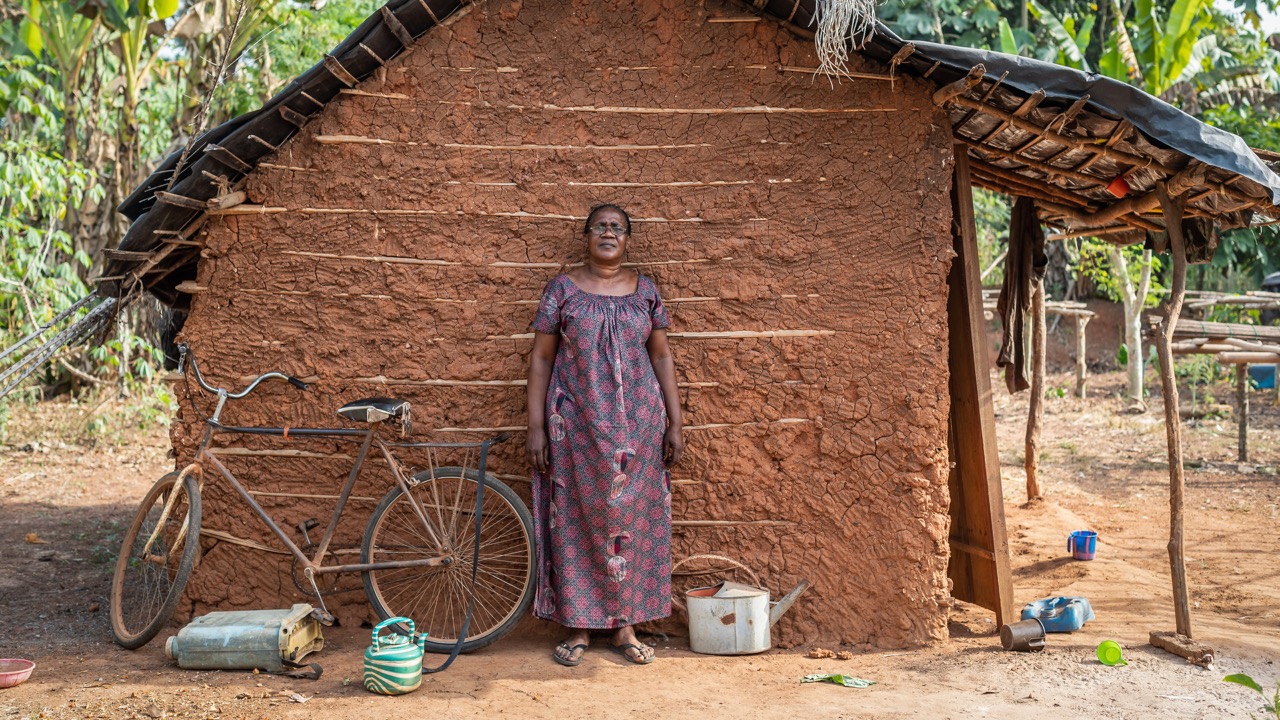 Some big chocolate brands and certification bodies have also been lobbying to force all companies bringing cocoa into the EU to check their supply chains uphold human rights and environmental standards.

Ultimately though, chocolate companies and consumers will need to pay more if cacao farmers – and women in particular – are to escape poverty, says Anne-Marie Yao, Fairtrade’s gender champion for West Africa, and the WSOL trainer.

“We need consumers and companies to make good choices, to contribute to this empowerment and change,” she says. “We should all be paying the right price.”

Rosine certainly thinks so. Paying fair cacao prices and empowering more women so they are no longer invisible would bring huge change, she says. “Women want to live a good life and they are always looking to improve conditions for children and the whole community.”

While cacao farmers can’t solve the problem of poverty on their own, wider changes to the system, coupled with efforts such as training, could make their farms more profitable and help reduce the impact of cacao on the planet, too. 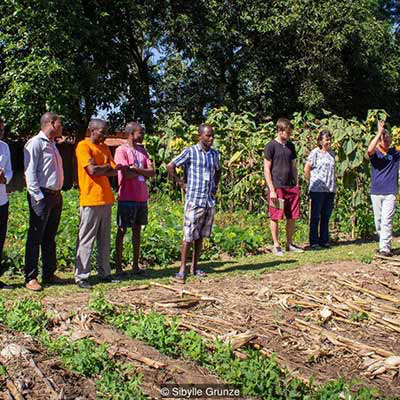 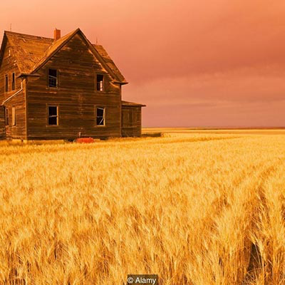 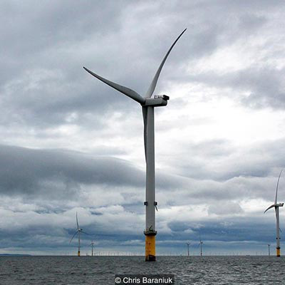 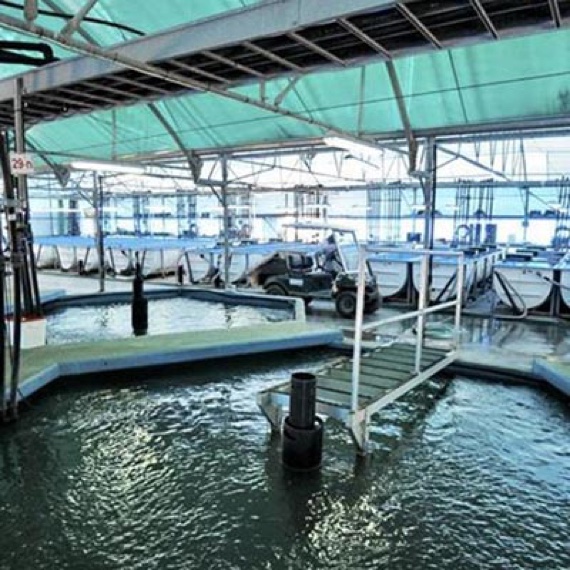