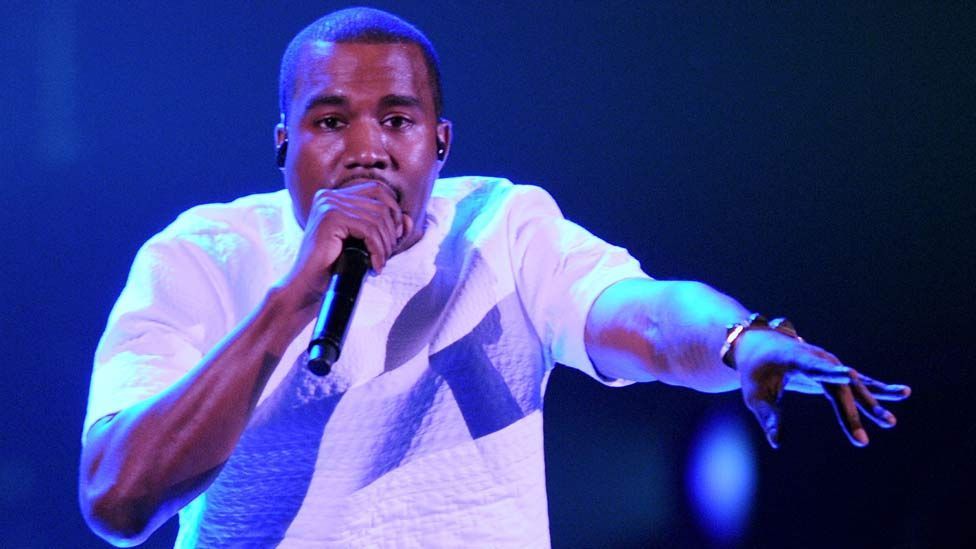 By Greg Kot 21st October 2014
Critics claim that Kanye West’s new LP is pushing the boundaries of hip-hop – but Yeezus actually pinches plenty from the past, argues Greg Kot.

That quote has been variously attributed to people who are, indisputably, great artists: T.S. Eliot and Picasso, for starters. Those who create at a high level will be the first to acknowledge that even their greatest works aren’t completely original. It’s just that some artists are better than others when it comes to appropriating the past and incorporating it into their own work.

Take Kanye West, for example. In the tradition of David Bowie, Madonna, U2, Radiohead and Daft Punk – all major artists who have made careers out of sifting through the underground for cool ideas - West is one hell of an appropriator. The rapper has fans and critics doing handstands to praise the sound, attitude and audacity of his latest album, Yeezus, which debuted as the No. 1 album in the U.S. In breaking with the lush arrangements and soul-dusted samples of his earlier work, West has once again figured out a way to blow out hip-hop’s boundaries, this time touching on ‘80s acid house, ‘90s industrial music and punk with a political edge. At least that’s what many of the Yeezus reviews have been preaching.

A little context says otherwise. It’s hardly the first time an artist has put hip-hop through an industrial-punk compactor. Yeezus draws a straight line back to the industrial clang of the Disposable Heroes of Hiphoprisy in the early ‘90s, or more recently, the agit-rap screeds of Death Grips. West also owes plenty to Saul Williams, who years ago was making saw-toothed political statements under the guise of hip-hop at its noisiest.

Williams came out of Brooklyn, New York, in the mid-‘90s with a background in acting and poetry. He was a rising star on the city’s open-mike scene, and began dabbling in music in the progressive spirit of kindred spirits such as Mos Def, Talib Kweli, Jill Scott and Erykah Badu. Rick Rubin signed Williams to his American label, and tried to fit the poet into a hip-hop template on the 2001 album, Amethyst Rock Star.

But Williams had other ideas. He was performing with a band that included viola, cello and electric guitar, and on his 2004 self-titled album, he collapsed the box built by his debut, with help from such notable agitators as Rage Against the Machine’s Zach de la Rocha and System of a Down’s Serj Tankian. It produced List of Demands (Reparations), a track that a few years later was blasting on a US TV commercial for gym shoes. Williams raged, “I want my money back,” over a thundering drumbeat and a synthesizer screaming like a teakettle. What it had to do with gym shoes, I still have no idea, but it sounded terrific.

Williams also attracted a new fan in Nine Inch Nails’ Trent Reznor, who invited the agit-poet on tour and offered to produce his next album, which became The Inevitable Rise and Liberation of Niggy Tardust. It didn’t sound quite like anything else in 2007, and it anticipated the sonic and lyrical themes of Yeezus.

While making Niggy Tardust, Williams was thinking about West. “The first thing Trent and I discussed was the Kanye album with Jon Brion [the 2005 release Late Registration], and I liked it, but people were saying it was genre-bending, and I don’t feel like it is,” he said at the time. “We wanted to create something that really was outside genre.”

The album’s first track, Black History Month, announces its intentions from the get-go, with a cloud wafting around Williams’ voice, then turning into steely, syncopated percussion on Convict Colony: “I was born in a convict colony/ And I was torn from the land that mothered me,” Williams sings, as if emitting a last gasp.

Similarly, Yeezus takes shots at institutional racism: the prison-industrial complex, which keeps young African American men locked up, and corporate America, which won’t welcome West to the table with the big boys, he says. But it muddles its message with misogynist lyrics and a sense that West’s politics are more about his freedom than anyone else’s.

Williams made the more accomplished album, but few critics have brought him up in discussing West’s latest work. Hip-hop itself is built on the notion of cannibalising bits and pieces of previously recorded music and restructuring and recontextualising them into something new. Entire musical genres – folk, blues, country – are based on oral traditions where songs were handed generation to generation and altered to suit the social, political and cultural climate of the moment. Madonna flirted with early house, techno and underground club music, and vogued her way through countless stylistic shifts. Bowie spent much of the ‘70s trying on cutting-edge sounds – glam, Philly soul, Euro-disco – like so many neon suits. And Bowie’s collaborations with Brian Eno in late ‘70s Berlin were themselves referenced by U2 when they reinvented themselves in 1991 on Achtung Baby.

Williams should understand what West is doing, because he himself has nicked plenty of pieces from the past. Niggy Tardust plays as a treatise on racial identity, an African-American reflecting back on the themes coursing through Bowie’s 1972 glam landmark Ziggy Stardust and the Spiders from Mars. It illustrates a truism behind most great albums: What really matters is not whether you steal, but from whom you do the stealing.

Greg Kot is the music critic at the Chicago Tribune. His work can be found here.

Music
1How Springsteen rocked the Wall
Key Changes
2Music festivals: Sold out?
On the Record
3America raves about dance music
On the Record
4Were the Stones underrated?
Around the BBC