Loading
Key Changes | British music
Why are artists removing their music from Spotify?
Share using EmailShare on TwitterShare on FacebookShare on Linkedin 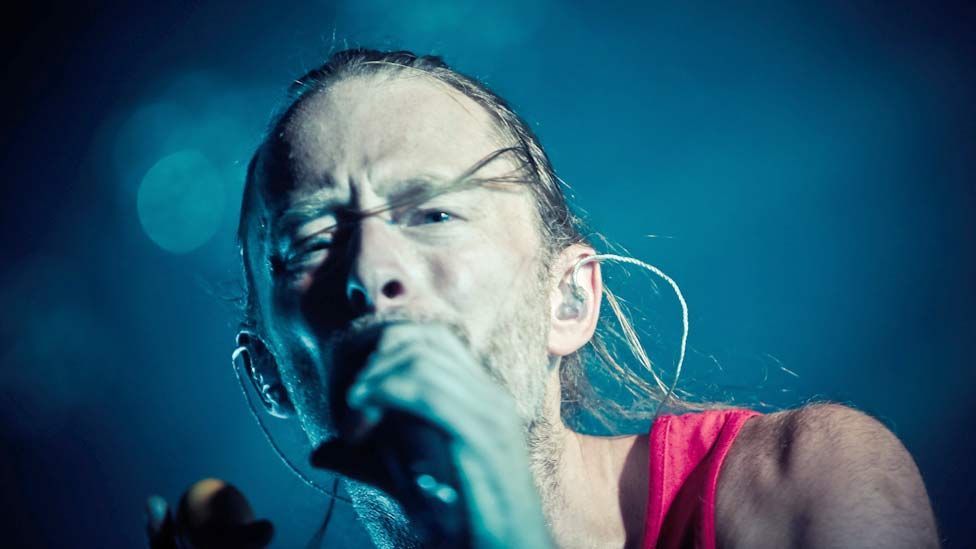 So, are you Team Thom or Team Spotify? Or are you, like most people, completely unaware of this particular musical hoo-ha? The fact that Radiohead’s Thom Yorke decided to pull his solo albums, plus the tracks of his latest band, Atoms for Peace (a collaboration with Radiohead producer Nigel Godrich), from streaming service Spotify because new artists aren’t paid enough, has not, in truth, disturbed many news bulletins. But within the music business, it has generated a lot of noise.

Everyone’s getting agitated. Musicians are busy totting up the micro-pennies, the maybe-dollars, and are upset when these don’t appear to add up to much. On Twitter, others are pointing out that Radiohead actually contributed to the now-prevalent idea that music can cost nothing,  by offering their In Rainbows LP as a ‘pay what you want’ download in 2007. Meanwhile, most young music fans are simply trotting off to YouTube or Grooveshark and paying nothing at all to anybody to hear the tracks that they want.

How Spotify works can be hard to get to grips with if you’re of the ‘hear record, like record, buy record’ era. Still, let’s try. When I was 11 years old, I really wanted to buy Blondie’s Parallel Lines. But I didn’t have the money, so I taped it (illegally) off a friend’s copy. (I also photocopied the cover, so I could stare at it). I gave Blondie no money at all for the pleasure of listening to their brilliant LP. My friend who owned the album was bought it by her parents; they paid £5 for it. That money went to the record company, Chrysalis, who paid Blondie a proportion of it – the amount decreed by Blondie’s record deal.

Let’s think about my friend for a minute. She loved Blondie, and she, like me, played Parallel Lines to death. As soon as she got home from school, she went to her room and put it on her record player. And again, and again. Neither she, nor her parents, paid any more for the privilege, because that album was hers.

What Spotify does is let someone like my penniless younger self play that album on repeat – legally. And every time I do, for every single track I play, a teeny tiny amount of money goes from Spotify to Chrysalis; and, from there, to Blondie. Occasionally, I have to listen to an advert (in my head, I’m imagining my brother sticking his head into my room and shouting over the track about how great his new sneakers are), but, that’s it. When I get some money, I might pay Spotify a monthly subscription of £10 ($9.99 in the US) for the pleasure of not having my brother yell at me in my personal territory. I will definitely buy Parallel Lines. I did, in real life, when I was old enough to get a Saturday job.

Even if I don’t do either, if I just keep rinsing that album despite my brother’s yelling (and I have played it, on and off, throughout my life), then every time I do, Blondie gets some money. Eventually, that amount will be much more than the £5 my friend paid in the first place. This is what supporters of Spotify hope will happen.

But let’s go back to something: that record deal. If you’re a musician who is not as popular as Blondie at the time of Parallel Lines, or Thom Yorke now, then you are unlikely to have a fantastic record deal. These days, most major labels will offer a band between 15 and 20% of revenue made on Spotify. (Independents are more likely to offer 50-50 deals). Given that most tracks earn about US 0.5c per stream, you can see why musicians might get upset: the teeny-tiny payments shrink into amounts that can’t be seen by the naked eye. Amounts no-one can live off, let alone pay back the money spent on making an album in the first place. And, anyway, how many albums does anyone play for the whole of their lives?

As downloads (like records, tapes, mini-discs and CDs) become used less and less and streaming takes over, Spotify may well prove the way forward for musicians, alongside other streaming sites, like Rdio and Napster. Spotify’s biggest problem at the moment is that not enough people use it: only six million people subscribe, and 24 million use its free service. There is an argument that what Thom Yorke should do is encourage his fans to sign up to Spotify, and post a few playlists to introduce them to new bands that he likes.

And there is another argument that what powerful artists like Yorke should do is ensure that their record deal is not so skewed towards the labels, thereby setting a precedent that others can follow after him. (Yorke once described old school major label deals as akin to paying off your mortgage and the bank still owning your house).

But I don’t think that this fracas is really about money. Or if it is, then it’s as a by-product. Yorke’s stance is about control. Musicians are creative people, completely wrapped up in and concerned about the art they make, and rightly so. They get upset when their work is badly represented or taken out of context, when a track is appropriated for an advert or a gig is filmed badly by a fan and put up on YouTube. And because control of his art is important to Thom Yorke, so is ownership of that art.

As Radiohead has grown in status and, so, gained in power, many of Yorke’s actions have been about wresting back control: from record companies, advertisers, branding companies, even from fans. Atoms for Peace have just announced that they will be working with Soundhalo, a service that lets fans download and play high quality audio and visuals of gigs as they are played (you pay £9.99 ($15) for a whole set); thereby bypassing the shaky mobile phone coverage issue. Back in 2007, Radiohead chose not to sign a new deal with Parlophone and, instead, brought out In Rainbows as an experimental pay-what-you-want download (money going straight to the band). After that, the band joined XL to release In Rainbows, on a much simpler deal.

What Thom Yorke wants is for his art to have a direct relationship with its fans. The In Rainbows experiment was about a more straightforward arrangement with the band’s audience – and that’s what his Soundhalo venture is about too. The digital age seems to promise this relationship; instead, with Spotify, there are two and three other parties involved. (Oh, did I mention that all the major labels and the big indies have shares in Spotify?) That’s bound to make Thom mad.

Underneath it all, this is what Yorke’s argument with Spotify is about. He wants his work used as he wishes it to be used. He refuses to let it be used to promote something he can’t control, to allow people who have had no hand in making it earn more money than he does from it. And, whether or not Spotify is a good service (and I happen to think that it is), that is his privilege. He made the music, he should decide what is done with it.

Counterpoint
1Is Spotify good for classical?
Key Changes
2‘Shut up and play the hits!’
Key Changes
3Women: On top in pop?
Key Changes
4What does a record producer do?
Around the BBC