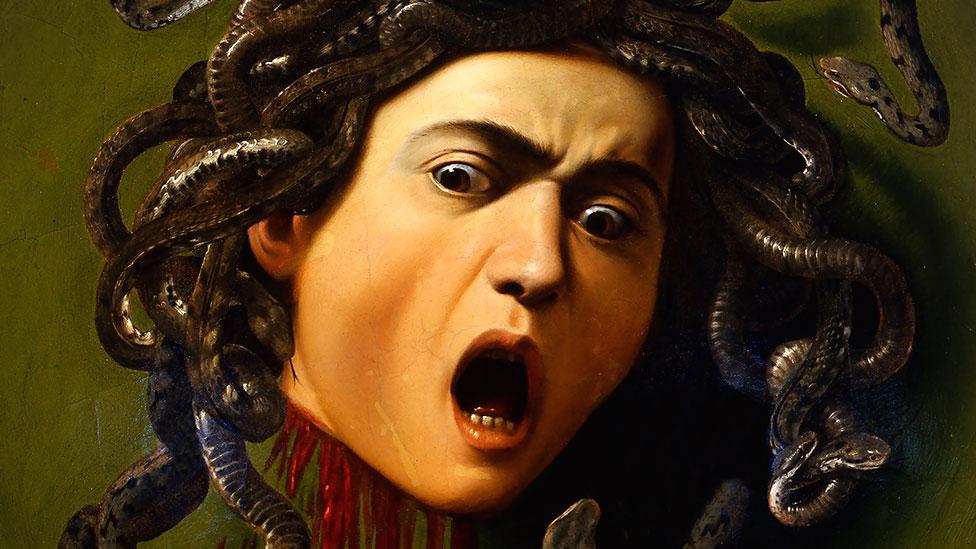 By Clemency Burton-Hill 21st October 2014
He murdered his wife and her lover, was tried for witchcraft and dabbled in sadomasochism. But it is for his glorious music, not his grisly crimes, that we should remember Carlo Gesualdo, writes Clemency Burton-Hill.

‘Irrefutably badass’ is not the obvious phrase to reach for when discussing a late-Renaissance lutenist and composer whose output was chiefly a capella madrigals and settings of sacred texts. But it is how Alex Ross, the esteemed critic of The New Yorker describes Don Carlo Gesualdo, who died 400 years ago this week – and badass Gesualdo indisputably was, both as a musician and as a man.

A figure of fascination over the years for artists as diverse as Igor Stravinsky, Aldous Huxley, Bernardo Bertolucci and Werner Herzog, the continuing fixation on Gesualdo four centuries after his death is not surprising when you consider the grisly and gruesome details of his biography.

We tend to think of classical music as a rather staid affair; its practitioners generally well-behaved servants at court who busy themselves with counterpoint and harmony, not murder and sadism. Gesualdo, on the other hand, lived a life – and death – that the most luridly resourceful director of slasher B-movies might struggle to dream up. A prince and nobleman from a prominent aristocratic family in the Kingdom of Naples, at 20 Gesualdo married his 24-year-old first cousin, the legendarily alluring Maria d’Avalos, who already had two marriages behind her. Both husbands are said to have expired “in excess of connubial bliss”.

One fateful night in October 1590, Gesualdo discovered her in flagrante with the Duke of Andria, Don Fabrizio Carafa (he was wearing Maria’s silk nightgown at the time). Gesualdo immediately set about slaughtering the pair, slashing their limbs with his sword, mutilating their sexual organs, and puncturing their skulls with the bullets of his gun. He then allegedly murdered the baby boy who may or may not have been his or Don Fabrizio’s child by swinging him to death in his castle courtyard.

Immune from the law by dint of his noble status, things didn’t look up much for the prince after that: married again, he became subject to fits of depression that could only be relieved by regular beatings from a group of young boys kept at his castle for this express purpose. Embroiled in both the Spanish Inquisition and a witchcraft trial (he was supposedly tormented by the spells and potions of his rejected former concubine), Gesualdo ended his days in a depressive tumult and is said to have been beaten to death, aged 47, by his servants in some kind of masochistic rampage.

And so, as the anniversary of that grisly demise marks a timely moment to reflect on Gesualdo’s art, the question arises: are we more intrigued by the music because of what we know of his life story, or do the ghastly details of his biography in some way make the music what it is? As Ross points out: “many bloodier crimes have been forgotten; it’s the nexus of high art and foul play that catches our fancy. As with Gesualdo’s contemporary Caravaggio, who killed a man by stabbing him near the groin, we wonder whether the violence of the art and the violence of the man emanated from the same demoniac source.”

One thing is certain: Gesualdo was astonishingly – even diabolically – inventive. His music, and in particular his harmony, is revelatory. I’ve always been a believer in ‘before-and-after’ pieces of music: those that, once heard, change everything. And I will never forget the first time I experienced Gesualdo – the memory still sends goosebumps rippling over my flesh. It was late at night (suitably), around ten years ago, and I was hanging out with a friend with dizzyingly wide musical tastes. We’d been listening to a succession of vintage vinyl jazz records, and then, out of nowhere, he stuck on a CD. The sound that came out of the speakers was like nothing I’d never heard. Eerie, creepy harmonies whose nerve endings seemed disturbingly close to the surface, yet which were wrenching in their beauty. Pure vocal lines whose crystalline clarity was a form of sonic rapture, yet were clearly devilishly difficult to sing. What was up with this insane music? And what on earth had the composer been on when they wrote it?

“When do you think this was written?” my friend asked.

I nearly fell off my chair.

Some critics argue that Gesualdo was not quite the ahead-of-his-time prophet that figures like Stravinksy and Schoenberg insisted when they cited him as a model for their own radical, 20th century innovations. (Describing Gesualdo as “one of the most personal creators ever born to my art”, in 1960 Stravinsky composed Monumentum pro Gesualdo and reworked at least a dozen of his madrigals by hand). This argument has Gesualdo, like his artistic counterparts Tintoretto or El Greco, merely representing his era, in which the style known as Mannerism was emerging as a deliberately disruptive, virtuosic rebellion against the smooth surfaces of high-Renaissance humanism.

And yet, those unhinged harmonies! The crazy chromatic shifts! In his pioneering of intricate canonic forms and his exploding of established contrapuntal structures, tonalities and relationships, Gesualdo went boldly and wildly beyond what any of his Mannerist colleagues were doing, even in the comparatively avant garde musical hotbed of Ferrara, where he moved after marrying his second wife (who must have been one brave lady). “His art is infinite… and moves in an extraordinary way,” remarked an aide to Prince Alfonso II at the Este Court where Gesuldo worked.

Not only was it extraordinary for his day, but Gesualdo’s complex chromaticism would not be heard again, even hinted at, for another two hundred and fifty years. Not until Wagner came along, in fact, after which it was taken to new extremes by Schoenberg and the Serialists in the early years of the last century. And this I find most fascinating of all: how Gesualdo’s art shatters the received idea that classical music, like visual art, simply trundles forward in a linear progression as practitioners get bolder and more imaginative in the way they break rules. It’s as if you had discovered Les Demoiselles d’Avignon had actually been painted in the early 16th century, then buried in a time capsule, not to be opened until 1906.

And where Picasso’s abstractions no longer have the power to make us blink twice, Gesualdo’s freewheeling harmonic progressions remain viscerally disconcerting.  Ross, as ever, explains this handily: “To put it in modern terms: if a piece is in A minor, one would expect to hear such related chords as D minor and E major, whose notes overlap with the A-minor scale. One would not expect, say, C-sharp major, which is alien to the key. That chord sounds defiantly at the outset of one of Gesualdo’s greatest works, the A-minor-ish madrigal Moro, lasso, al mio duolo.”

As it happens, it was the “A-minor-ish” Moro, lasso that my friend had played me that night. I listened to it again while writing this story and as I did so, I was returned to the singular emotional experience of that night. And the blood and gore I had learned about and been troubled by subsequently seemed altogether secondary to the sheer audacity of Gesualdo’s ear, his pen, his musical imagination. Four hundred years on, that – if nothing else – must be celebrated.