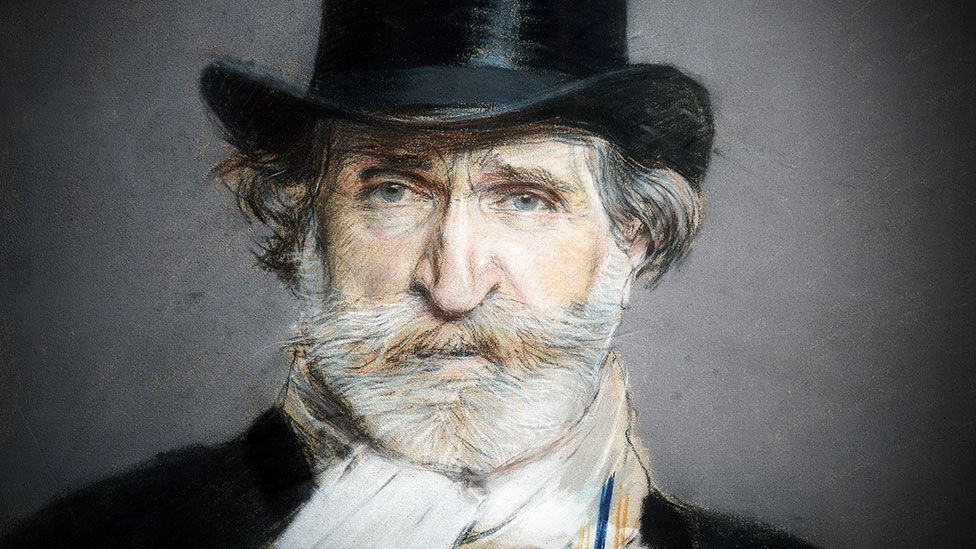 Verdi’s operas are well known – but what about his work as a member of parliament and fervent supporter of Italian unification? On the eve of the composer’s 200th anniversary, Clemency Burton-Hill looks back at Verdi’s life and times.
C

Can you imagine any country today in national mourning over the death of a classical composer? When Giuseppe Verdi, born 200 years ago next week, died in January 1901, Italy wept as one. Almost a quarter of a million people took to the streets, marching to Va, Pensiero from Nabucco – better known as the Chorus of Hebrew Slaves – sung by a massed choir under the baton of celebrated maestro Arturo Toscanini.

Verdi was a truly great composer: there is no question about it. Along with an eternal Requiem, some ravishing sacred choral music and a few notable chamber and orchestral works, there are of course the thirty-odd operas, at least twenty of which are in the core operatic canon. More than any year in recent memory, 2013 has seen a succession of major composers’ anniversaries – Benjamin Britten’s centenary, the bicentenary of Richard Wagner’s birth, the four-hundredth anniversary of Gesualdo’s grisly death ­–  and it is noticeable that, in comparison to the festivities arranged for these other dates, the Verdi bicentenary has scarcely made an impact. This is not an indication of the esteem in which he is held; it merely reflects the fact that his music is performed all the time anyway, all over the world. It’s a pretty safe bet that, on any given night, someone somewhere will be singing Rigoletto or Otello, Aida or Violetta.

But the reason the Italians took to the streets that wintry day at the dawn of the last century was about much more than just music. Verdi’s operas had provided the soundtrack to the politically tempestuous half-century that preceded his death, and his most famous arias had become quasi-anthems for a nation recently unified. When Nabucco had its premiere at La Scala in 1842, ‘Italy’ was  simply a cluster of geographically contiguous kingdoms and principalities with little more to unite them than a common language.

So when Italians sang the Chorus of the Hebrew Slaves at Verdi’s funeral procession, it wasn’t just because it was a catchy tune they knew the words to. Its subject – the Israelites giving poignant voice to their longing for the promised land – had become a powerful analogue for the long-frustrated desires of the Italian people. When they cried  “Viva Verdi!” during the funeral procession, they were still acutely conscious of the slogan’s double meaning and its clandestine resonance for the agitators of ‘the Risorgimento’, as the cause of Italian nationalism was known. The letters VERDI also spelled out the name of the King of Sardinia who, in 1861, finally took the throne of a unified nation for the first time since the 6th Century – Victor Emmanuele Re D’Italia.

That same year, at the request of the new Prime Minister Camillo Cavour, Verdi entered the country’s very first parliament, in which he served for four years. Call me uncharitable, but I suspect the likes of Silvio Berlusconi (or Enrico Letta, or Mario Monti) would be hard pressed to name a contemporary classical composer, let alone invite them into the big tent of government.

Verdi threw himself wholeheartedly behind the spirit the Risorgimento and in 1848, after revolution broke out in Milan, he wrote from Paris to his librettist Francesco Piave: “Honour to these heroes! Honour to all Italy, which in this moment is truly great! The hour of her liberation has sounded.” Rushing home to Milan, he made his personal priorities crystal clear, adding: “You speak to me of music! What's got into you?... Do you believe I want to concern myself now with notes, with sounds?… There must be only one music welcome to the ears of Italians in 1848. The music of the cannon!”

But concern himself with notes and sounds Verdi invariably did. A republican who was pragmatic enough to realise that the most realistic prospect for unification lay in supporting the king, he was anti-clerical, anti-war, an ardent patriot and a liberal, and his operas became singularly powerful vehicles for his political beliefs.

Unsurprisingly, contemporary historians quickly embraced the message of early operas like Nabucco, Ernani and Attila, absorbing the works into the nationalist cause. In addition to the political messages they carried (either directly or indirectly), Verdi’s instinct for communicating the messy adventure of being human with pathos, empathy, and thrilling drama was simply unparalleled. It was that genius, ultimately, that elevated his status beyond that of a mere conjurer of music and words.

In many ways his genius remains unparalleled today. And as we mark two centuries since his birth, it is hard not to marvel at the fact his political acuity has scarcely dimmed. Cracking tunes and heart-thumping plots aside, Verdi’s concerns seem as progressive today as they were when the ink was still fresh on his manuscript paper. Think of La Traviata, in which a prostitute scores a moral victory over a nobleman; or Rigoletto, in which the hero escapes the harsh punishment he would have received for plotting the death of his presumed ‘superior’, who is in fact a crude, self-centred villain. Most timely of all, just listen to Griselda in I Lombardi: “God's just cause is not served by soaking the earth with human blood”. Happy birthday, Verdi – two hundred years young.