Loading
On the Record | British music
Is it time to re-evaluate Ringo Starr?
Share using EmailShare on TwitterShare on FacebookShare on LinkedinShare on Whatsapp 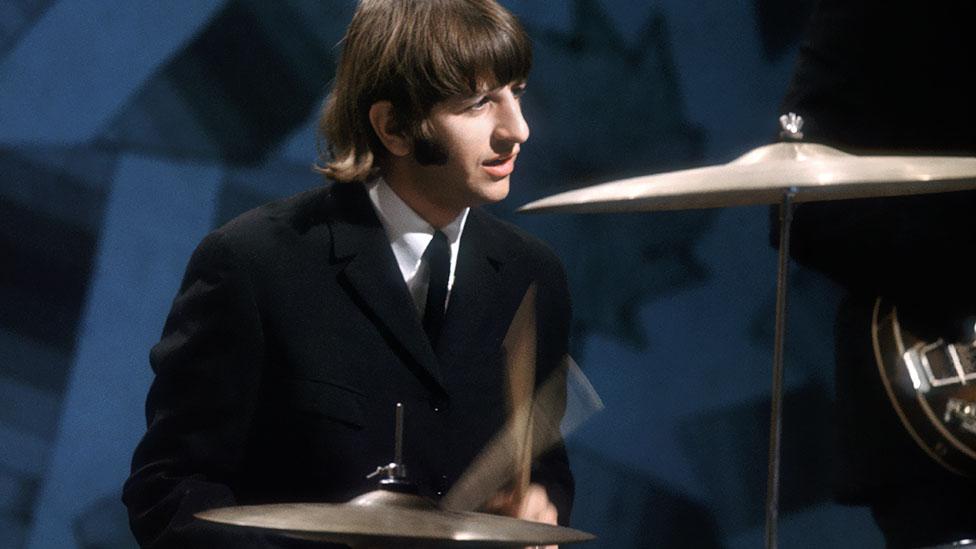 By Greg Kot 21st October 2014
A new book about the Fab Four gives Ringo Starr a long-overdue reassessment. So, Greg Kot asks, is it time we re-write myths about The Beatles’ drummer?
O

One problem with being as big as the Beatles is that myths get ingrained and are repeated so often that they after a few decades they’re treated as fact. Ringo Starr may be one of the four most famous people ever to play in a rock ‘n’ roll band, but he’s also popularly perceived as one of the luckiest, his contributions to a legendary legacy dwarfed by those of John Lennon, Paul McCartney and George Harrison.

If anyone’s due for a re-evaluation in the most famous rock band of all time, it’s Richy Starkey, born 73 years ago in Liverpool. The publication a few weeks ago of Mark Lewisohn’s Tune In − The Beatles: All These Years, Vol 1, the first of a what is likely to be a definitive three-volume biography, goes a long way toward giving Ringo his due. It’s one of the things I like best about a book that doesn’t just rehash the same old Beatles stories, but deconstructs, revises and sometimes rebuts them.

Starkey was a sickly child and a ‘no hoper’ student, in Lewisohn’s telling, but he grew into an accomplished girl magnet and one of the best dancers in Liverpool – a guy who could flip, flop and fly the girls on the dancefloor. He ran with a rough crowd − a gang of Teddy boys – and he could play the drums. At one point, he was playing with as many as three bands a night, so in demand were his skills as a musician who helped bridge the gap between the short-lived skiffle era and rock ‘n’ roll. In 1960, with Ringo Starr on drums, Rory Storm and the Hurricanes were the city’s biggest band. The Beatles coveted Starr’s skills but were somewhat intimidated by him; “he looked the nasty one,” Harrison once said.

He was slightly older than the rest of the Beatles, and even the never-easily-impressed Lennon embraced him as a peer. So did McCartney, saying: “He’s a grown-up, Ringo – always is, always has been. I suspect when he was about three he was a grown-up.”

League of his own

When the Beatles finally sacked Pete Best and invited Starr to join in 1962, he set up his kit at the first show with his name on the kick drum, not the band’s. That would soon change, but the implication was that Starr didn’t feel at all out of his league in Liverpool’s fastest-rising rock band. They needed him perhaps more than he needed them, given the deficiencies of Best, who was essentially a one-trick basher and was holding them back.

Harrison rhapsodised about Starr’s debut on 18 August 1962: “From that moment on, it gelled – the Beatles just went on to a different level.”

“He was the guy the Beatles always wanted,” Lewisohn told me in a recent interview. “He was everything Pete Best wasn’t … He was rock steady, he could play all the styles…. [His style] was sympathetic to everything they did … It brought an extra element to their songs that was in complete tune with what they were thinking.”

He was the missing piece, even if Beatles producer George Martin didn’t immediately recognizs it. Martin brought in a session drummer to help the Beatles record their first single for EMI, a slight that tainted Ringo’s relationship with the producer for years (though it’s Ringo’s version of Love Me Do that was eventually released as the single’s A-side; Andy White played drums on the B-side, PS I Love You).

It also fed into the idea that Starr was somehow not good enough, amplified by Ringo’s own insecurities about joining the inner circle of the tight-knit trio up front. But those doubts evaporated when the band returned to Abbey Road studio two months later to record Please Please Me. There was no studio drummer in place this time, and Ringo’s live-in-the-studio performance with the other three band members exploded out of the speakers. Martin, usually ultra-reserved about such matters, told the band they’d just made a number one record, and he was right.

Starr’s work on the Beatles recordings is astonishing, even if it didn’t jump out in the way the drumming of other ‘60s icons did – the nonstop fury of The Who’s Keith Moon, the African-inspired virtuosity of Cream’s Ginger Baker, the thunderous swing of Led Zeppelin’s John Bonham. Ringo almost never gets name-checked as an innovator, in part because he didn’t play solos (except for the exquisite drum break on The End from the 1969 Abbey Road album). But consider how he makes the complicated shifts in métier sound effortless on Here Comes the Sun, the rolling, proto-metal tom-tom groove of Rain, the tribal dance thump of Tomorrow Never Knows, the hi-hat work on Come Together, the syncopated propulsion of Ticket to Ride.

Starr gave each song exactly what it needed, but he didn’t call attention to himself while doing it. The only thing flash about Ringo were the rings on his fingers, which inspired his nickname, and the mega-watt grin he wore on stage.

“He is nowhere near as flashy as so many drummers, but that isn’t what the musicians wanted,” Lewisohn told me. “He brought his personality to the kit, but he wasn’t flash. The Beatles recorded 215 tracks (between 1962 and 1970) in all these different styles … and how many tracks have bad drumming? The answer is zero.”

Greg Kot is the music critic at the Chicago Tribune. His work can be found here.