Loading
Big In... | Popular culture
Why have vinyl records become so popular in Germany?
Share using EmailShare on TwitterShare on FacebookShare on LinkedinShare on Whatsapp 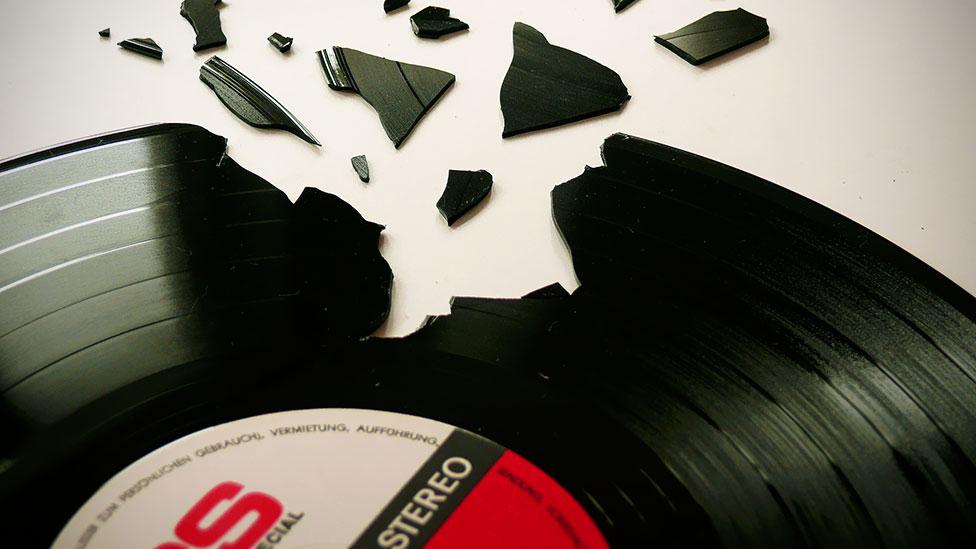 By Stephen Evans 21st October 2014
As hunger grows for the retro format, new companies are springing up to service the vinyl renaissance. Stephen Evans reports.
V

Vinyl is back.  Steam may have gone the way of, well, steam.  And we don’t use quills anymore.  But vinyl is back.

Even in Germany, the home of “Vorsprung durch Technik” – Progress through Technology – the craving for what in ancient times was called ‘playing a record’ is growing.  New record shops are springing up in trendy Berlin, selling only vinyl.  German manufacturers, always alert to new possibilities, are scouring the world for the old machines that once pressed records to put them back into service to satisfy the cravings of a new generation of vinyl junkies.

There are no utterly reliable statistics but one back-of-the-record-sleeve calculation has eight companies in Germany now turning out vinyl records.  It’s true there are more in the United States (23) and slightly more in Britain (10) but Germany has far more than either France or Italy with two each.  And Germany has websites entirely devoted to “vinylism”.

Around the world, sales of vinyl records are at their highest since 1997.  Last year, 4.6m vinyl records were sold in the United States, nearly 500 per cent more than five years earlier.  In Britain, 389,000 vinyl albums were sold, a 50 per cent increase.  Across the globe, the industry reckons that sales of vinyl added up to $171m, compared with $55m five years earlier.  That is a good rise in anyone’s book.

More specific evidence comes in the way hard-nosed commercial enterprises are investing in vinyl.  These aren’t sentimental, retro-nostalgics but companies that want to make money. Optimal Media is a classic German “mittelstand” company.  It’s situated on the outskirts of the small town of Röbel in northeastern Germany and, in its ultra-modern factory, it specialises in producing books, making CDs and increasingly, vinyl records.  Vinyl is where its big growth lies.

There’s one bit of the factory that isn’t ultra-modern, and that’s the machines that press the records.  When vinyl went out of fashion around twenty years ago, the companies making the discs closed down and the machines were discarded, so Optimal Media now scours the world to get the machinery it needs to keep the vinyl renaissance going.

They find the old machinery in barns, sheds and disused factories, and have had calls from as far away as Zimbabwe.  In the German factory, there are machines from all over the world, including one once used by the Soviet company, Melodiya (or, to give it its full title:  the All-Union Gramophone Record Firm of the USSR Ministry of Culture Melodiya).

Increasingly, as the market for vinyl records grows, the owners of discarded pressing machines realise that they can command a price, and so the price of the machines has sky-rocketed.  The going rate for an old machine is about $25,000 – not bad for a bit of discarded metal in the corner of a warehouse.

But to Optimal Media, they are worth it.  The company’s director of operations, Peter Runge, tells BBC Culture:  “Most people thought in the early 90s that vinyl would be dead, and so they scrapped all their machines.

“We got the first one then and started in 1996 with vinyl − and then we had to expand because of the growing demand.  Then we had to go to different countries like Russia, Sweden, England to get more old machines because the last ones were made in the early 80s.

“More and more people like the vinyl experience.  It’s not a digitally dead sound.  There’s a warm sound.”  He thinks part of the appeal of vinyl is that it is a more active way of listening to music.  “Some people like the experience of having to get up from their chair and putting the record on the player and adjusting the stylus.  These people are not nerds.  They love vinyl.  Some are spending a lot of money for the record players.”

If you go to the Dodo Beach record store on Vorbergstrasse in Berlin, they will echo that view.  This is a new shop that only sells vinyl records.  Twenty years ago, the owner, Thomas Spindler, used to have another record shop round the corner but he says his new one does much more trade than the old one.

He is not misty-eyed over vinyl.  He listens to MP3s in his car, and he doesn’t think vinyl is going to completely displace digital files (either MP3s or streaming – though it is giving CDs a run for their money) but he does think it has its place:  “If you buy a vinyl record, you buy free time for yourself.  You slow down.  You hold the record and it needs time.  You look at the cover.  You read the lyrics.  You can do all that, slowing down. If you do that on a computer it’s like being bombed with information.  That’s the difference. With vinyl, you hold it in your hand.  You take your time: put it on the record-player and listen to the music.”

The industry is being canny in that it is often selling vinyl albums with a code to unlock a download – you buy the LP, so you can gaze at it and enjoy the ritual of playing it on the altar of a turntable, but you have a digital back-up, perhaps for use from your phone or in the car.

So what is behind the renewed love for the old format? It may be similar to the appeal of books.  Who can doubt the convenience and logic of carrying a library around on a computer card?  But books do persist – probably, in part, because people like the feel of them.  It is a triumph of old technology.

This view is borne out by research done for the music business.  According to the British Phonographic Industry, the industry’s trade body:  “Respondents praised the enjoyment of the process of playing a record, the quality of sound and the cover art as the main reasons.

You might think the market is one predominantly of aging people – the classic record nerd – but actually it’s much younger, often people too young to remember the original vinyl heyday.  As the research done for the BPI indicates:  “While the poll shows 35 to 44 year olds to be the largest consumer group (28.5%), younger buyers are also seeing the appeal of the format, with over a third (35.3%) aged under 35.  Just under half of respondents were married, and men made up the majority of the self-selecting sample (87.4%).”

There was one particularly intriguing result:  “It also appears that the appeal of vinyl isn’t just limited to those with a turntable – 3.7% of respondents said that they bought it despite not owning one.”

It appears that vinylism is such a powerful condition that it can even affect those unable to satisfy its cravings.

Big In...
1Going dotty for Aboriginal art
Big In...
2Bad movies in the Big Apple
Big In...
3Where knitting is blockbuster TV
Big In...
4Micro movies beat China’s censors
Around the BBC