Loading
The Reel World | Hollywood
Hollywood: No longer scared of the over 40s
Share using EmailShare on TwitterShare on FacebookShare on LinkedinShare on Whatsapp 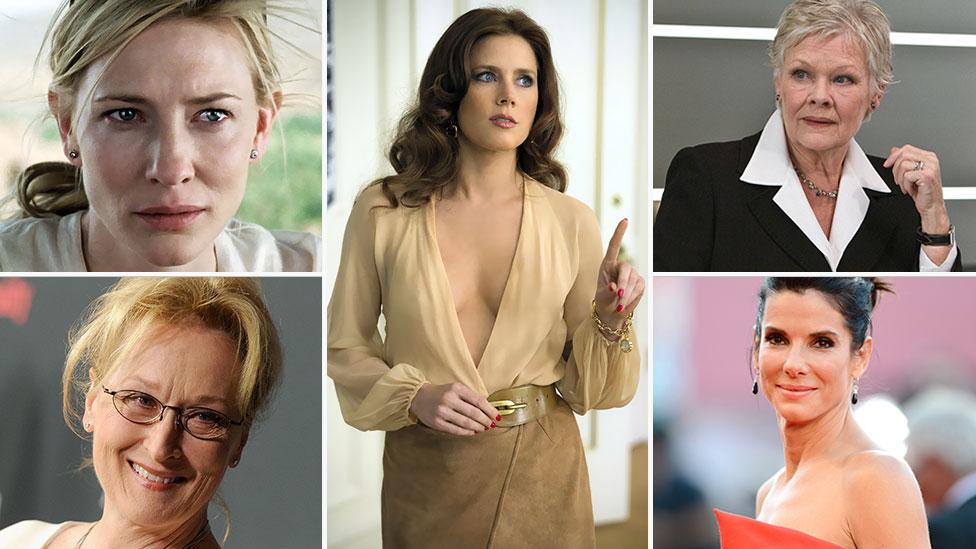 Oscars night is still several weeks away but in the best actress category the nominations alone represent a collective triumph. It used to be that once a female actor reached the age of 40, Hollywood lost interest. But this year, four of the five nominees: Dame Judi Dench, Cate Blanchett, Sandra Bullock and Meryl Steep have already passed that benchmark − and Amy Adams will turn 40 later this year.

But it’s not just the older Oscar nominees who are gainfully employed. Julia Roberts, Melissa McCarthy and Cameron Diaz − to name just a few − are all over forty and often earning more than their younger counterparts.

Terry Lawler, Executive Director of New York Women in Film and Television sees progress − but remains cautious. “It’s not to say, ‘okay, now ageism has gone away,’ but I do think there has been some movement toward creating roles for women that are meaningful who are not 20,” she says.

Ultimately any change in Hollywood hiring practices − and that includes creating roles for older women − is determined by financial forces. So what has happened to the business equation that explains why actresses over 40 now have currency?

The answer is simple: stars like Meryl Streep and Sandra Bullock have the unrivaled power to bring in a very broad swath of the movie-going public, giving studio bosses access to the box office dollars they so eagerly covet. There is no young female star who can do that. Kristen Stewart might have been able to bring in a youthful crowd to the Twilight films but she can’t reach nearly as many age groups as Streep or Bullock.

Demand for female actors over 40 has also increased because movie-goers want to see themselves represented on screen.  Adam Moore, of the US actors’ union SAG-AFTRA, notes a change in box office demographics. “The people who have the dollars to spend aren’t in their twenties,” he says. “It’s a much richer tapestry and a much older population. People are demanding to see their own stories reflected. I think more and more audiences are saying ‘we want to see some strong women. We want to see some older folks.’”

There’s also evidence that directors and screenwriters are more willing to bring stories to the screen that have older women as protagonists. “I think roles themselves are being written with older actresses in mind,” says Tatiana Siegel, a film reporter at The Hollywood Reporter.“If you look at the role played by Cate Blanchett in Blue Jasmine I think maybe twenty years ago Woody Allen would have written that role for a younger actress. She would have been an actress in her early thirties, not an actress in her mid-forties,”

Women in Hollywood previously relegated to the lower echelons of the executive suite are rising up – and many –such as Julia Roberts, Reese Witherspoon and Sandra Bullock −have formed independent production companies so they can control their own projects. The climate has become more receptive to women’s stories − and films with an older female cast.

“I think people are willing to hear a pitch from a woman-owned company about a film that has some talent that is over 40,” says Terry Lawler.

But Hollywood has long been invested in peddling a youth-oriented image and there is a view that women over 40 are getting more roles because they look better than they did in the past.

Tatiana Siegel notes that dermatologists, colourists and trainers may have played a part in older women obtaining greater screen currency. “I think that actresses over 40 looking great plays a huge role. If you look at somebody like Sandra Bullock on the red carpet she looks fantastic. She looks as good as any actress in their twenties or thirties. [The] public definitely enjoys watching these actresses and wanting people to look great and these actresses are delivering. They’re not looking matronly on the red carpet; they’re not looking matronly in movies.”

Despite greater visibility for older female actors, there is still inequality in a film business that denies older women significant roles. One survey found that in 2013, out of Hollywood’s top grossing films, only 16% of the writers, editors, cinematographers, producers and directors were women.

And although more women over 40 are landing significant roles, it is still tough for a female star to emerge once she has passed this age.  But it can happen. Some of the greatest actresses on screen today didn’t become household-names until well past middle age. Dame Judi Dench is a prime example − she was in her early sixties when she had her first role in a high-profile blockbuster (M in GoldenEye) − which introduced her to a mass audience. Likewise, the late British actress Jessica Tandy didn't get broad recognition until she won an Oscar at the age of 80, playing a southern matriarch in Driving Miss Daisy.

While many in the industry welcome the presence of older women in the best actress race, to some it’s not nearly enough.  “What’s more important is that women get more opportunities so there’s a whole range of people who have done terrific jobs and have really meaty parts and not just the five people who get nominated” says Terry Lawler. “There should be 25 women who did great jobs on movies who are over 40 for the voters to choose from − and that’s just not the case.”

But she is confident that more roles will open up for women in the future. “I think it will slowly get better” she says. “I think that by women taking more control of the means of production they’ll be able to make their careers continue much longer than people who were 40 twenty years ago and I think that’s great.”

The Oscar nominations often reflect the times. Having a better representation of older women among the ranks of best actress nominees mirrors the headway made in other professions If nothing else their  skills have in all likelihood,  increased with time.− We should all benefit by seeing more of them on screen in roles that challenge them −and engage us.