Loading
Between the Lines | Books
William S Burroughs: ‘The godfather of punk’ remembered
Share using EmailShare on TwitterShare on FacebookShare on Linkedin 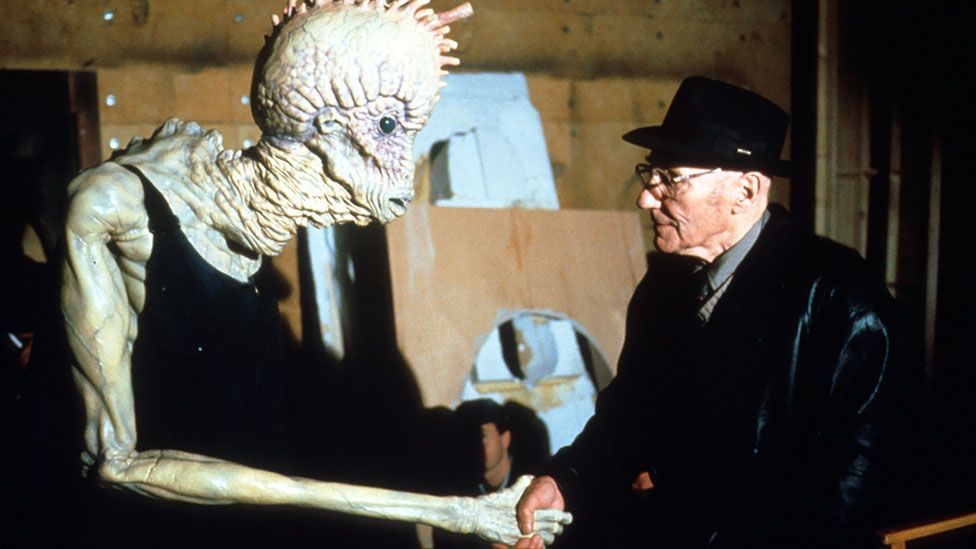 By Jane Ciabattari 5th February 2014
The Beat author scandalised literature with books like Naked Lunch. In honour of his centenary, his friends talk to Jane Ciabattari about his later years.
W

William S Burroughs was born 100 years ago on 5 February 1914. Descended from a well-to-do family from St Louis, Missouri, he was a Harvard graduate, class of 1936. His early drug-fueled exploits with fellow Beats Jack Kerouac and Allen Ginsberg, immortalised in the 2013 film Kill Your Darlings, were legendary, as was his part in the accidental shooting death of his wife Joan during a drunken night in Mexico City in 1951.

Author Mary McCarthy once compared William S Burroughs to Jonathan Swift, noting a like-minded “soured optimism”. But she added, “Burroughs’ humor is peculiarly American, at once broad and sly. It is the humor of a comedian, a vaudeville performer.”

Naked Lunch, with its graphic sex, drugs, violence and slashing satire of consumerism, shocked Eisenhower-era Americans. Obscenity trials brought Burroughs, whose knowledge of the “algebra of need” came from his own lasting addiction, an irrevocable fame.

From his first novel, Junky, published in 1952, to his last public appearance in the video of U2’s The Last Night on Earth, weeks before he died on 2 August 1997, Burroughs was consistent: taciturn, sardonic, provocative and true to his outsider self and oddly formal sartorial style. His influence on generations of writers, musicians, and visual artists continues. In the words of Lou Reed, Burroughs “broke the door down”.

Beat historian Barry Miles, author of the newly published Call Me Burroughs, first met the author when he was living in Tangier, Morocco in 1964.

“He asked me to catalogue his archives – I used to run a bookshop. So I spent the best part of seven months with him, usually staying for drinks and dinner afterwards, as my girlfriend was in New York City. Bill's public persona was icy, daunting – absolutely no small talk, long silences – but when you got to know him he was a fabulous raconteur, usually after a few joints and a few drinks. He was very funny, often prancing about the room acting out some scene, and exaggerating stories to their very limits, making them outrageous and surreal. 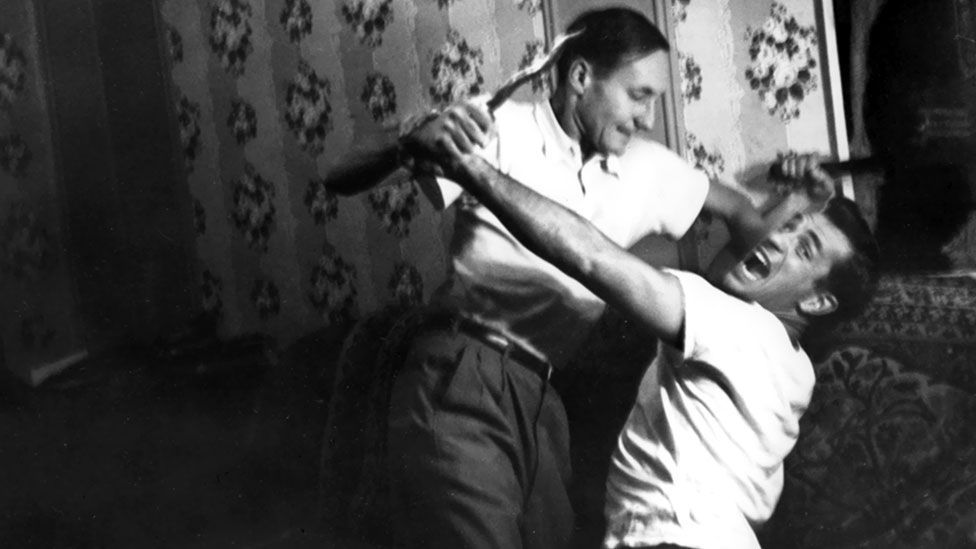 “Burroughs changed from city to city, one group of friends to the next. The Spanish boys in Tangier called him El Hombre Invisible, because there he moved in an exclusive gay ex-pat community and was so grey and spectral-looking that even guides didn't see him on the street.

“In Paris he was regarded as a radical experimenter with language; a great avant-garde writer and a political activist. He was the centre of a group of mostly younger people at the Beat Hotel who admired his writing and regarded him as a mentor, if not a guru.

“In London he moved in louche, black-sheep-of-the-family gay aristocratic circles, lived in St James, shopped at Lock and Lobb’s and Fortnum & Mason (his corner store) and looked and behaved like Burlington Bertie, complete with Dilly Boys picked up at Piccadilly Circus.

“In New York he was the godfather of punk, the junkie prophet who had been there and come back to report. He became famous.

“In Kansas [where he lived from 1981 to his death in 1997],  he became a Good Ol’ Boy, in bib overalls with a peaked cap with the name of a feed company on it, feeding his cats and shooting his guns on an out-of-town range once a week. They were all Bill, but people in each place had a different Bill.” 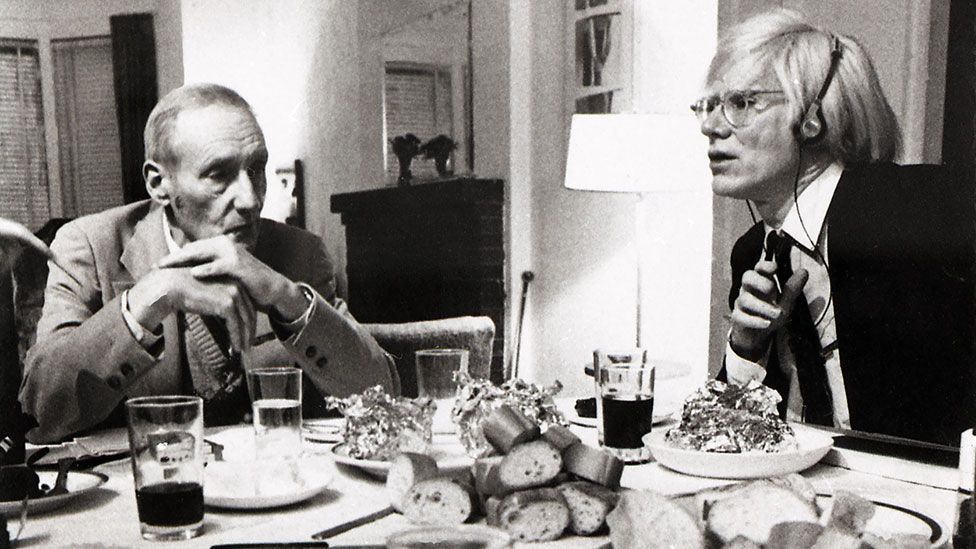 “I met him in and through the punk music scene. He wanted me to supply him with heroin and I declined. He merely shrugged his shoulders and fired up a marijuana cigarette. We listened to the Dead Kennedys. He was very funny and very sarcastic. He was caustic on Jack Kerouac and on Neal Cassady. In his eyes Kerouac was a salesman for jeans and espressos, and Cassady only cared about going places fast and not about any human beings.”

Ira Silverberg, former literary director of the National Endowment for the Arts, met Burroughs when he was in his teens, and credits his life in literary publishing to Burroughs.

“[In his last years], he became a member of a community in a small Midwestern town where he could have been anyone. He was pleased to leave the status of “the godfather of punk,” as I believe Patti Smith dubbed him, behind. The Lawrence, Kansas years were great yeast for him.” 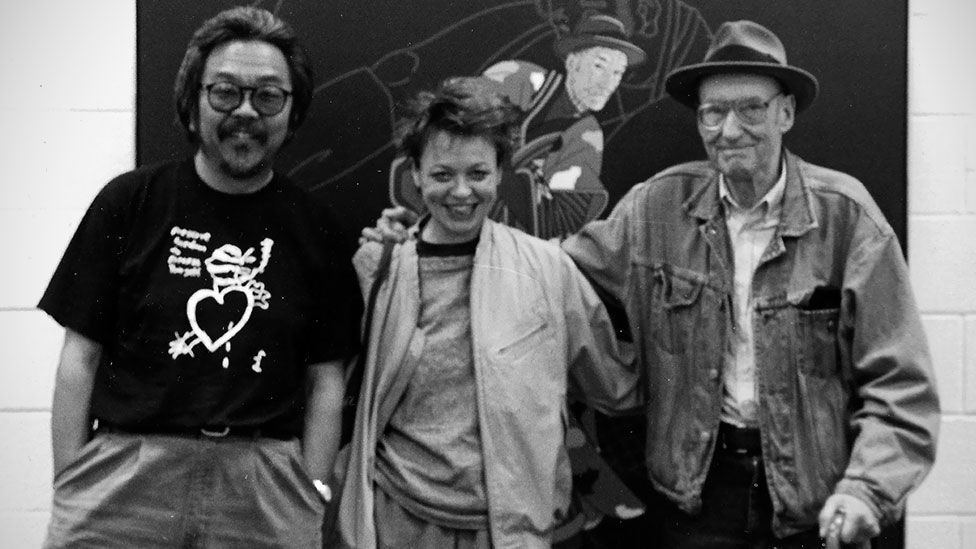 In 1990 artist Roger Shimomura, who is based in Lawrence and New York City, asked Burroughs to pose for a photo session in preparation for painting a portrait of him.

“I asked Burroughs if he would agree to have his picture taken wearing a kimono and holding a gun. He agreed to do it. When I went to his house I began by asking him what his favorite pistol was, and he selected an antique ball-and-powder derringer. I asked him to don the black kimono I brought and to point the pistol at me – after making sure the gun was unloaded.  He initially refused to do this, but I insisted that it would be perfectly safe.  He finally agreed and pointed the gun at me but was shaking so much that the photograph of the gun was blurry.”

Denise Low, former Kansas poet laureate, former president of the Association of Writers and Writing Programs, met Burroughs at a reading at the University of Kansas as he was contemplating his move to Lawrence.

“In Lawrence, Burroughs became a village character. Everyone had an imitation of the old man, including the nasalised, creaky Missouri accent. Before his health failed, he could be seen walking to the grocery store for cat food. He held regular salons for visiting artists and everyday friends. He could practice target shooting, discreetly smoke inexpensive marijuana, and raise cats without interference. The slower pace of life in a town of less than 100,000 left time for research and writing.

“Burroughs had a small army of friends and employees in Lawrence. Indeed, he supported a cottage industry. One transcribed his dream diary and another his daily writings. Others booked engagements with art galleries, magazine editors, film producers and MTV. Several took turns cooking evening meals. Cat veterinarians, editors, publicists, and screenwriters managed other parts of his intense life. Others drove him to Kansas City for his weekly methadone dose, and somewhere in the group was a purveyor of marijuana. 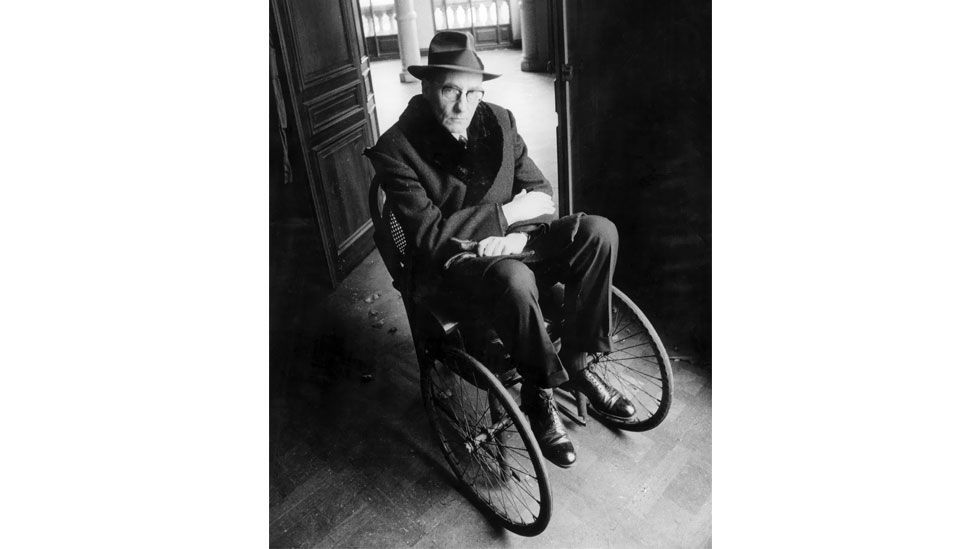 “His funeral was the object of gossip for months. Among the stories was the progress of the funeral convoy from Lawrence to the family plot in St Louis, three hundred miles east. At a rest stop near Columbia, Missouri, a van of [Grateful Dead fans] was in the parking lot, trying to decide on a destination. One of them just happened to be reading a biography of William Burroughs, which included a photograph of Burroughs with a poet friend, Anne Waldman. As the Deadhead looked up, he saw Waldman walk by.

“‘Excuse me,’” he asked. ‘Have you seen Burroughs lately?’“She pointed at the hearse. After this hint of an invitation, the Deadhead van took a vote and decided to attend the internment. They went to the dinner, they threw dirt on the casket and they attended the reception. They wept as though they had known Bill all their lives. At the wake, late, after everyone was very drunk, the bouncer threw them out for performing overt heterosexual acts.

“After Burroughs’ death, the city decided to gentrify the overgrown creek bed that ran across his block. Burroughs’ friends requested the creek be renamed for the writer. Some town conservatives protested that a wife-killer and communist should not be celebrated, but when the Lawrence City Commission voted, they unanimously agreed to rename the muddy trickle Burroughs Creek.The creek still is a watering source for neighbourhood cats.”

On the Record
1Where are all the protest songs?
In Focus
2‘No role he played was minor’
culture
3Was DH Lawrence a sexist writer?
Between the Lines
4Absinthe: A literary muse
Around the BBC