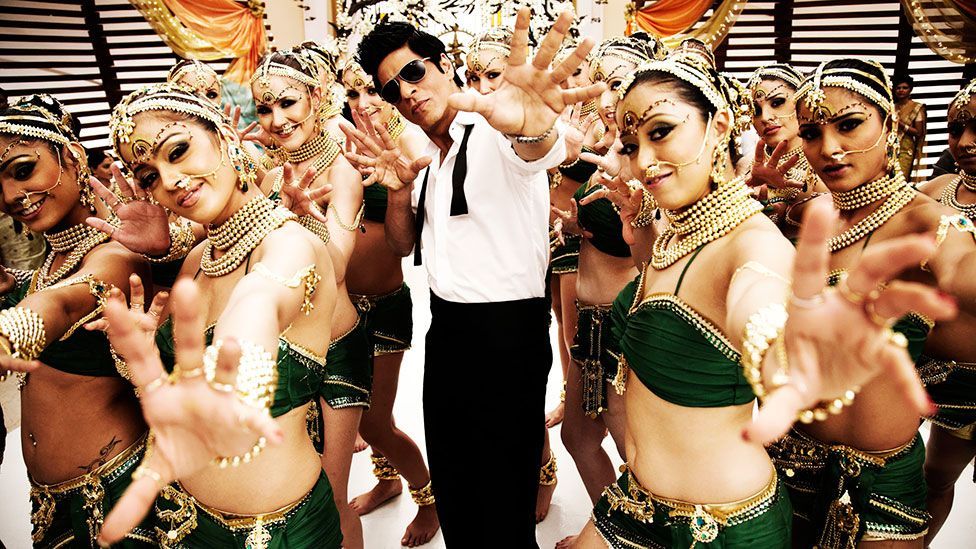 By Tom Brook 21st October 2014
Figures suggest a woman is raped in India every 22 minutes. Does the way female characters are depicted on screen play a role? Tom Brook asks some of the industry's major players.
I

Since then numerous acts of sexual violence in India have been widely reported, including another shocking gang rape in West Bengal last month, allegedly meted out as a form of punishment to a 20-year-old woman on the orders of village elders. Figures from India’s National Crime Records Bureau suggest that a rape is now taking place in India every 22 minutes.

In the soul searching that has accompanied these shocking stories, the question has been asked: is Bollywood partly to blame for fomenting sexual violence against Indian women because of its imagery and narratives?

The portrayal of women in Indian cinema is showing some encouraging signs of improvement but top Indian director Mira Nair isn’t happy with mainstream Bollywood depictions which she sees as often demeaning.  “A lot of our films go down the same old stereotype,” she says. “When there’s a sexy babe she has to gyrate and gyrate and she has to be an object of great allure and sex appeal and almost I would say vulgarity.”

Of particular concern are so-called ‘item numbers’ which are extremely popular, tightly choreographed and often sexually provocative musical performances which routinely appear in Bollywood films. To many moviegoers item numbers are engaging entertainment. But Mira Nair views them differently. “In the mass cinema one is seeing outrageous item numbers with the latest Bollywood queen in a largely male environment where she swings her way to all kinds of allure,” she says. “I really question this. I don’t think it leads to any kind of respectful interaction between men and women.”

For Indian actress Tillotama Shome, the focus shouldn’t just be on how Bollywood depicts women. “It’s also the portrayal of men,” she says. “It’s usually the manly man, either aggressive [or] very conservative. The stereotypes are as damaging for the man as it is for the woman, and it does impact society in continuing those kinds of stereotypes.”

Also of concern are recurring narratives suggesting that Indian women don’t really mean what they say when they resist sexual overtures. Last month saw the re-release in 3D of the Indian action-adventure classic Sholay. There is one sequence in which a woman very strongly rebuffs the aggressive advances of a man. Eventually she succumbs and the impression is given that although she was saying ‘no’ what she meant was ‘yes’. This fraught interaction between the sexes is often seen in Indian cinema. It is quite acceptable in many Bollywood films for a male character to stalk a woman.

One of Bollywood’s biggest stars, Aamir Khan, who’s more socially progressive than some of his counterparts, is concerned by movies that might normalise stalking.  “There are films that are made which make certain things fashionable or cool,” he says, “which is very unfortunate. It is reflective of our thinking, that there are people in our creative field, who consider that a good enough story to tell. So it’s reflective of the way we are – and it’s sad.”

But not everyone in Bollywood thinks an apology is needed.  Megastar Shah Rukh Khan, who according to one estimate has more than 3.5 billion fans, says: “I’m very clear that cinema in India does not lend itself in any which way to degrade women. Anyone who says that is extremely myopic.”

He bolsters his case with his assertion that actresses who may participate in provocative item numbers have no qualms over what they’re doing. “Whenever they’ve done a song or a sequence which is say titillating or somehow derogatory,” he says, “they’ve had a very strong choice in saying ‘Look, yeah: this is in terms of entertainment. I do it. I know what I’m doing. I’m not being pushed into this.’”

Feminist critics have argued that the continual sexual objectification of women on screen can have a harmful impact on women in the real world and can lead to acts of violence. But Shah Rukh Khan sees no connection. “You know that’s like saying ‘You show violence on a film then that comes on the streets,’” he says. “I haven’t seen comedy come on streets because of comedy, then why do you start assuming that the treatment of women, and the commodification of women is now coming on because of Bollywood. I don’t think so at all.”

It has also been argued that Bollywood – along with certain Indian reality television programmes – has created strong aspirational desires in the audience, painting a picture of a world where expensive luxury goods are seen in plentiful supply. It is thought that this, coupled with the growing independence of many Indian women who have moved into the urban workforce may have left some men angry and more likely to engage in acts of sexual violence.

Mira Nair notes that “the anger in a young man’s eyes when he sees a modern woman coming out of a movie and getting into a bus, it’s a kind of envy and anger. Like how can a working woman get so far ahead when I am not.”

There have been some films that have attempted to incorporate the realities of violence targeted at women – but not many.  Among them is the 2011 thriller No One Killed Jessica, which is based on the true story of Jessica Lal, a Delhi model and bar hostess who was murdered in 1999.

Indian actress Tillotama Shome thinks that independent cinema could certainly bring stories to the screen dealing with sexual violence – but to her it’s important that any screenplay avoids the obvious. “If there was a film which explored the day of a man before he commits the act of rape,rather than showing rape to me onscreen – which I’ve seen a hundred times,” she says, that film could “create a sense of understanding.”

It is worth making the point that for all the attention on India right now, it still ranks well below the US in terms of recorded cases of rape. Hollywood’s portrayal of women may leave much to be desired but most would agree that female characters in American films are far more realistic and evolved than their Bollywood counterparts. Of course there are a range of  factors that play a part in inciting acts of sexual violence against women – whether in India or the US – other than the way they are represented on screen.

Stars concede Bollywood may be partly to blame but argue that the entertainment industry shouldn’t really be the main focus of concern. “We don’t have proper law and order,” says Aamir Khan. “If you’d look at rape as a crime in India, most of the rape cases don’t get reported. So, I think that while the film industry really needs to look inwards, towards ourselves to see how we portray women in our films – and certainly a lot needs to be done there – I think the larger problem, and the larger issue, is that our law and order machinery has just completely failed us.”