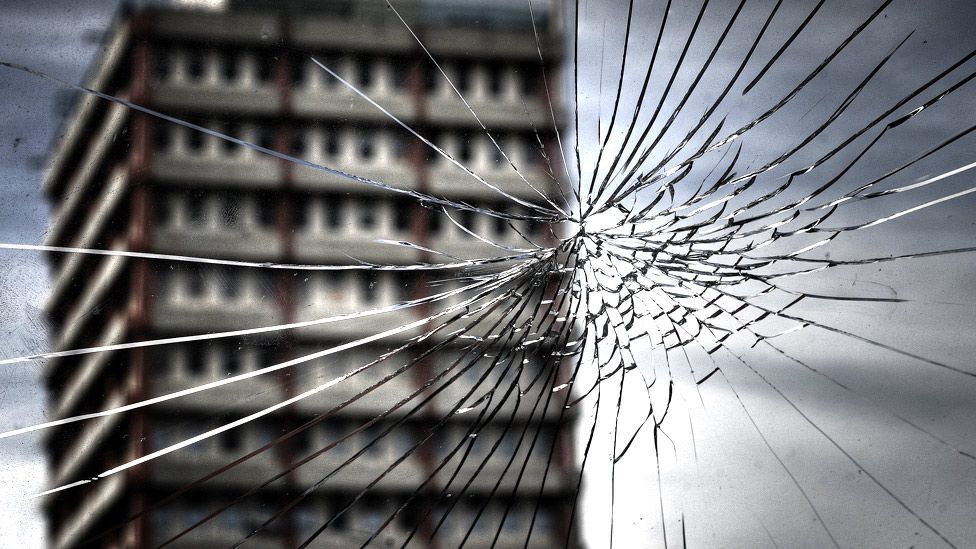 By Jonathan Glancey 21st October 2014
Mixing old and new buildings is a difficult art. Get it right and it is thrilling; get it wrong and history will condemn you. Jonathan Glancey explains.
O

On the evening of 17 January, vandals smashed their way through a beautiful, hand-painted window into the pilgrimage chapel of Notre-Dame du Haut at Ronchamp, a soul-searing masterpiece by Le Corbusier close to the French-Swiss border. The collection box they found inside was all but empty. They tried to bludgeon their way into the new tourist pavilion close to the chapel designed by the Genoese architect Renzo Piano. But they failed and ran off, having achieved nothing but the desecration of one of the 20th Century’s greatest buildings, a place of solace and prayer shaped by the great modern architect not just for members of the Roman Catholic Church, but for everyone.

Writing in the Architectural Review, William Curtis, an English architectural historian based in France, made the connection between what he saw as the vandalism caused at Ronchamp by Renzo Piano’s new buildings and the break-in. The site, he says, “has been transformed and commercialised as a tourist destination, even with a sliding electric gate barring the route to the Chapel. In effect it has become a sort of gated community with outward signs of prosperity. Nor should one forget the sums involved: over 10m euros to build the ensemble of the Piano project.” The new buildings – which also include the vandalised pavilion – are a part of a controversial new convent dug into the hillside close to the chapel for the Pauvres Clarisses nuns, who, says Curtis, “enjoy an environment which is far from poor in a material sense.”

So here is a case of new buildings next to a historic monument accused of causing both cultural and criminal vandalism. Not only have the new buildings encouraged mass tourism at Ronchamp which, Curtis believes, is now on the way to becoming a mini-Lourdes rather than a place of quiet contemplation, but they are enticing thieves who see rich pickings here from the increasing commercialisation of this special site. As for the quality of the new buildings, “Wading through Piano’s pointless concrete planes”, says Curtis, “is like listening to enforced muzak before rising to the sublimity of Bach or Mozart.” 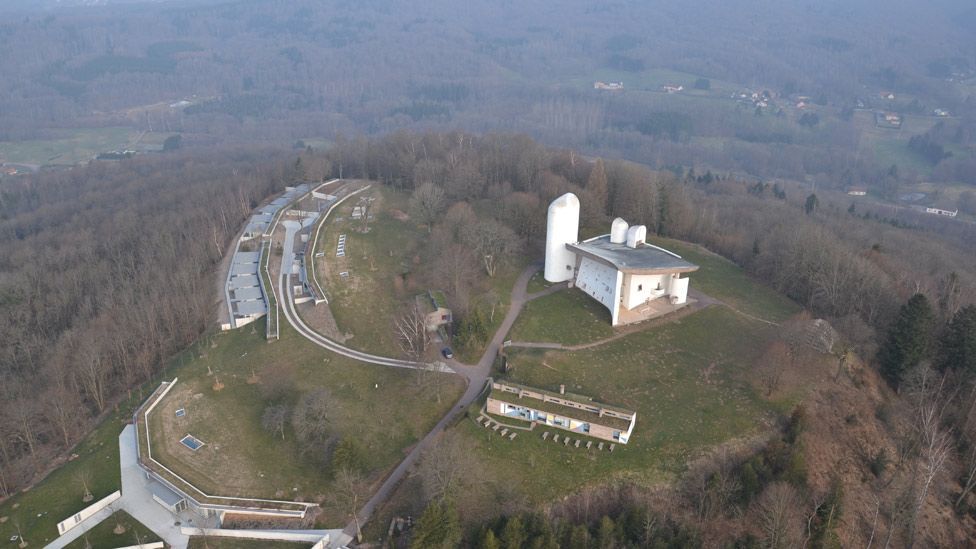 This criminal, and critical, episode in the life of Ronchamp raises, in sharp relief, the question of how an architect of a later age can add to a great building of a previous era. One answer − as in the case of Ronchamp − is, perhaps, to let old buildings be. But, if there is a need, one way or another, to add to such buildings or to build next to them, what can and should be done? Intriguingly, Renzo Piano has recently completed a new extension to the Kimbell Art Museum in Fort Worth, Texas, a beautiful vaulted structure designed by Louis Kahn and opened in 1972. Wisely, Piano’s cool concrete and travertine extension stands some way across a swathe of lawn from Kahn’s masterpiece. There has been no attempt to rival the design of the original building, but rather to serve it: here is a new extension as architectural acolyte rather than unholy rival.

In Scotland, passions have run high over the building of an extension of the magnificent Glasgow School of Art, the greatest work of Charles Rennie Mackintosh, completed in 1909. The new building, directly across the street, is a design by the American architect Steven Holl. It makes extensive use of glass and is as different from Mackintosh’s red sandstone art school as it is possible to be. When complete, the hope − on all sides − is that the two buildings will play off one against the other rather than work against each other. We will have to wait and see.

It is, however, possible to design new buildings in radical new styles that really do create an intelligent dialogue with their predecessors. You can see this, almost to perfection, in central Como in northern Italy. Here, you stand between a medieval church, a Baroque cathedral, a Neo-Classical theatre from the early 19th Century and the stunning Casa del Popolo by Giuseppe Terragni, one of Mussolini’s favourite architects. This brilliant interplay of geometry and structure, dating from 1936 and looking for all the world like a Rubik’s Cube made of marble, was originally the Casa del Fascio, designed as a backdrop for political parades. However, such is the elemental, and thus all but timeless quality of Terragini’s design, it has outlived its less than salubrious past and taken its place among the greatest Italian buildings.

What is remarkable is the way in which these very different buildings clearly enjoy one another’s company. This is not only because they are made of the same or similar materials, but also because their masons and architects have worked with one another across the centuries to create a visual harmony between them. 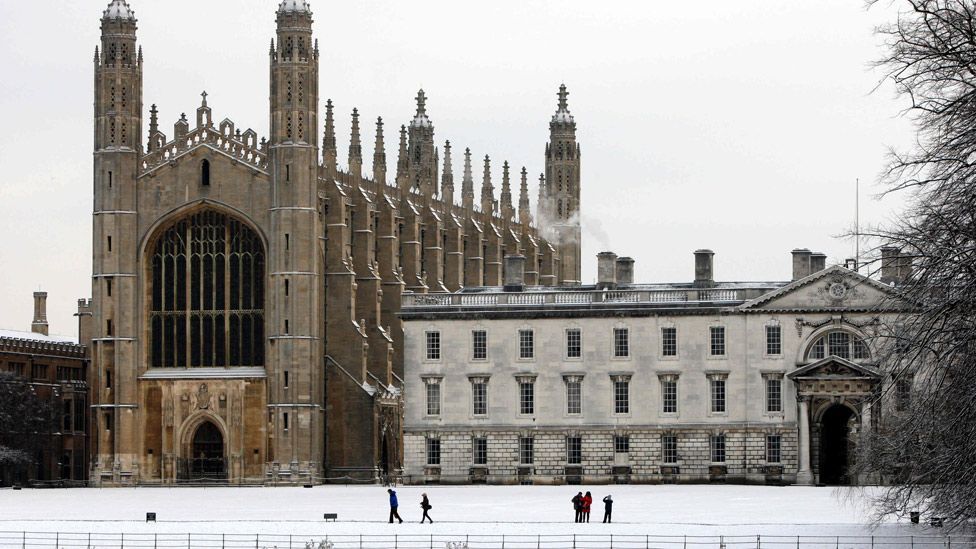 You can see something of the same conversation at work in Cambridge. At King’s College, an elegant if severe Palladian building designed by James Gibbs dating from 1724 sits comfortably alongside a Perpendicular Gothic chapel. Henry VI laid the foundation stone of the chapel in 1446 at a time when Classical architecture was essentially absent from England, and yet the two buildings sit happily together. Again, this comes down to a choice of materials, but also to an evident visual respect by one generation of architect for another.

More recently, something of the same spirit can be found in Nimes, southern France, where in the mid-1980s Norman Foster added his Mediatheque − a decidedly modern cultural building − to the city centre close to the ancient Corinthian Roman temple known locally as the Maison Carree, built in about 16AD. The two ‘temples talk to one another in a civilised fashion across two millennia.

This is something that happens all too infrequently today in the rush to  globalise our old cities by racing up the tallest and most showy skyscrapers while flooding old streets in tides of wilfully vulgar shops, signs, ‘street furniture’ and ‘water features’, all things designed to encourage tourism, but at odds with the aesthetic qualities of town and city centres. 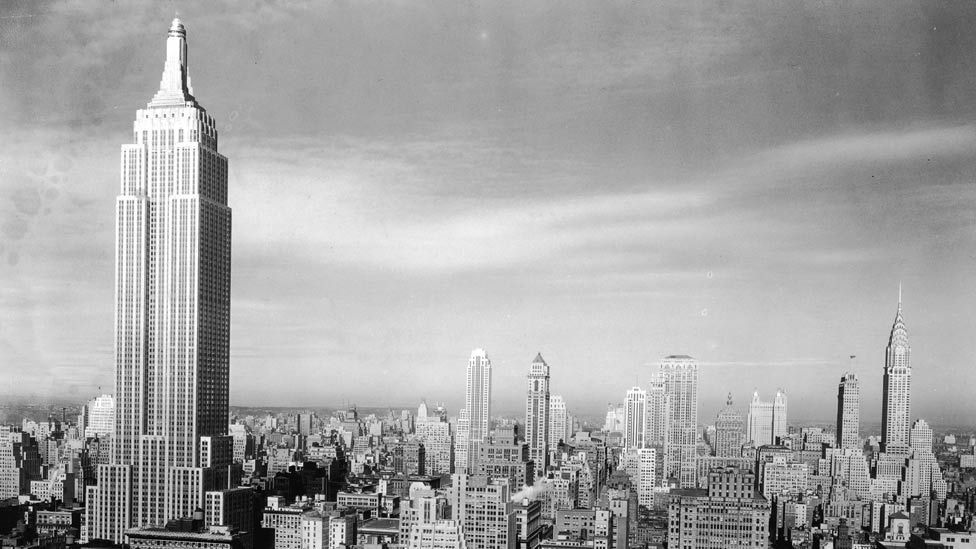 There are times, however, when sudden clashes between architectural styles and scale can work very well indeed. Who can damn the ambition, the soaring height, the sheer bravura of the Empire State Building as it soars high above the grid of mid-town Manhattan streets from clusters of less ambitious buildings of every style? Even then, the limestone-clad shaft of the Empire State Building rises from a five-storey base that, filled with shops and punctuated by an internal Art Deco shopping arcade, is part and parcel of the daily life of the city. The Empire State Building belongs to the streets it is a part of: in this sense it has good urban and architectural manners for all its bragadoccio.

Medieval bishops, meanwhile, were famous for knocking down great chunks of cathedrals they found to be old fashioned, or rebuilding them in the latest styles with a daring and panache that would be not just questionable, but illegal today. And, yet, the muscular Norman nave of Gloucester Cathedral is spiritually as well as structurally uplifted by the soaring Gothic vaults that replaced the originals, the spectacular perpendicular Gothic choir that reaches on beyond the nave and culminates in a wall that is all window. This might well have been a case of the ‘shock of the new’ at the time, yet here is wonder of ecclesiastical architecture, a near miracle of medieval structural engineering.

Even so, nobody would dare to interfere so dramatically with Gloucester Cathedral today. Contrasting old and new buildings is a very fine art, an act of architectural taste and diplomacy. Get it right and it can be thrilling; get it wrong and history, let alone today’s critics, will condemn you and possibly for all time.