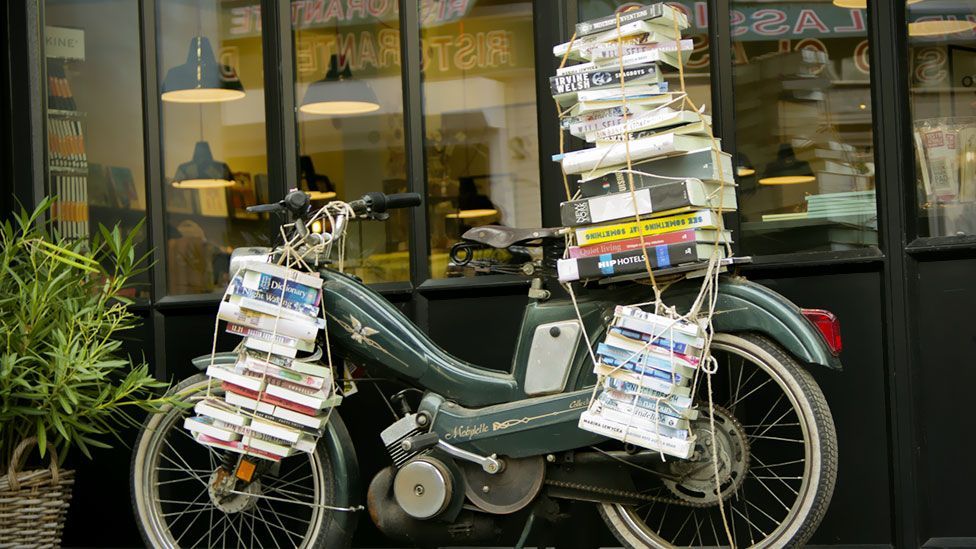 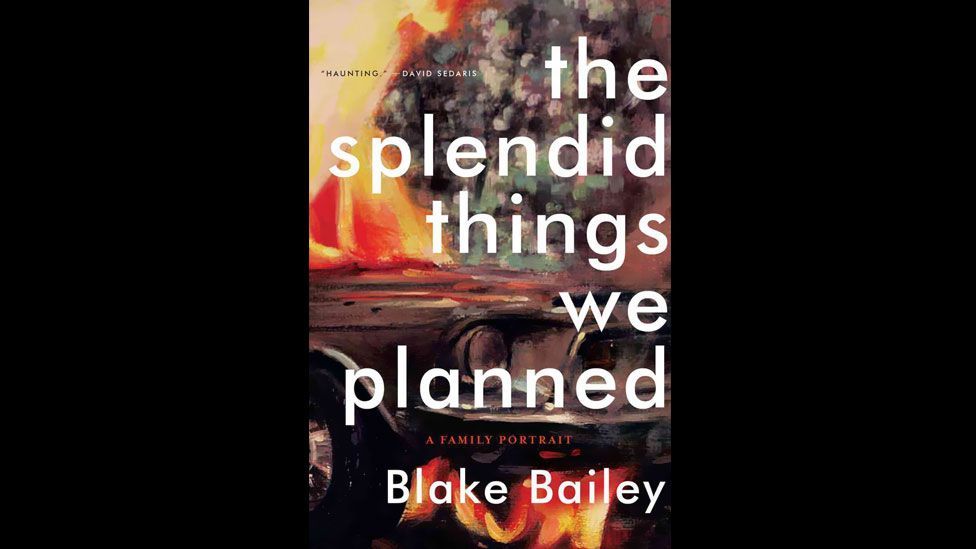 Bailey is a superb biographer whose specialty is the troubled lives of alcoholic writers: John Cheever, Richard Yates, and Lost Weekend author Charles Jackson. In this bittersweet memoir, he turns the spotlight on his own life. Bailey is the second son of a lawyer from small-town Oklahoma and a playfully intellectual German mother who met in New York’s Greenwich Village. His older brother Scott is a serious, handsome child who becomes a rebellious teen, drinks beer, smokes weed and crashes his dad’s Porsche multiple times. In a matter of years he turns into a man awash with addictions (alcohol, heroin, crack). He goes from entertaining to hopeless to dangerous. Bailey teases out the subtlest aspects of sibling rivalry and owns up to his own youthful misadventures. Despite all the efforts −psychiatrists, rehab, religion, prison and hospital care, even a stint in the marines − Scott, it seems, is doomed. (Ecco) 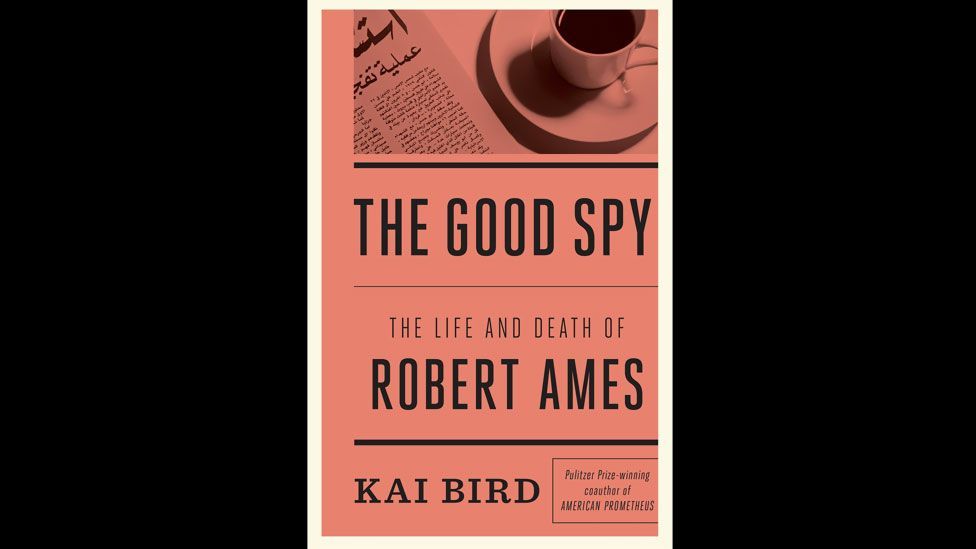 Robert Ames was an Arabist whose knowledge of the Middle East gathered over decades spent as a CIA officer earned the respect of influential politicians in the region. Ames’s empathetic and low-key style helped pave the way for the 1993 Oslo peace accord signed by Israeli prime minister Yitzhak Rabin and Yasir Arafat, chairman of the Palestine Liberation Organisation. Pulitzer-Prize-winning biographer Kai Bird reconstructs Ames’ CIA career from his first assignment in Saudi Arabia in 1962 through his years in war-torn Yemen and multiple postings to Lebanon. He combs through Ames’ decades-long tie to Arafat’s key intelligence officer, Ali Hassan Salameh, with help of the Lebanese intermediary who introduced the two in 1969. The book ends with a detailed new reconstruction of the terrorist bombing of the Beirut embassy in 1983 that killed Ames and 45 others. The Good Spyis a gripping and timely read that leaves us wondering what might have been if Ames had survived. (Crown) 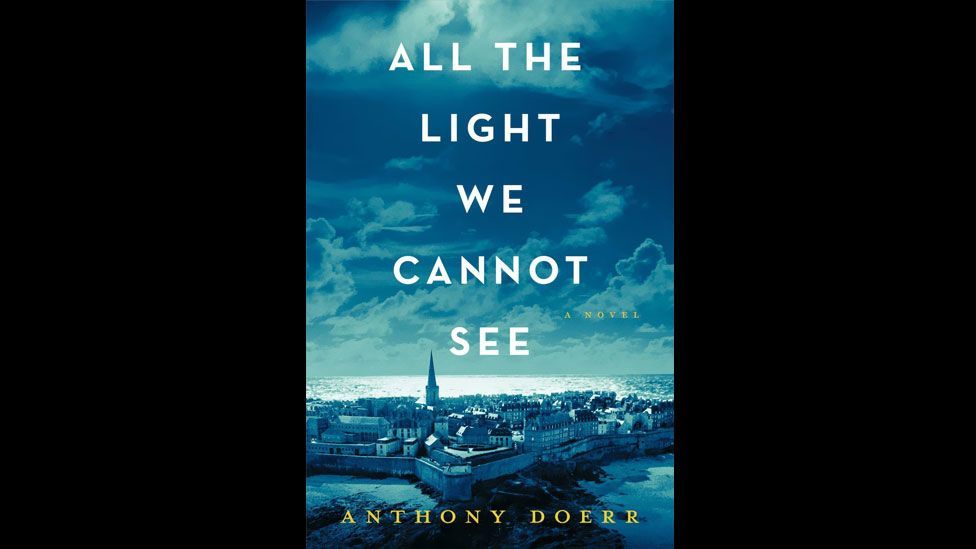 Anthony Doerr, All the Light We Cannot See

Award-winning short story writer Anthony Doerr’s intricately structured first novel is set in Nazi-occupied France. It begins in 1934 with Marie-Laure, a blind French girl whose father is the ‘master of the locks’ at the Museum of Natural History in Paris, and Werner, a German orphan with a gift for building and fixing radios. Their lives intertwine in May 1944 in a tall narrow house on the edge of the sea wall in Saint-Malo on the cost of Brittany. It was “a spectacularly good location from which to broadcast.” Werner, a radio specialist, has been sent to scout out a lone Resistance transmitter there. Marie-Laure’s father has brought her to Saint-Malo to live with her great uncle. He carries with him a museum treasure, a priceless but accursed 133-carat diamond. “Every hour…someone for whom the war was memory falls out of the world,” Doerr writes. All the Light We Cannot See is a work of art and of preservation. (Scribner) 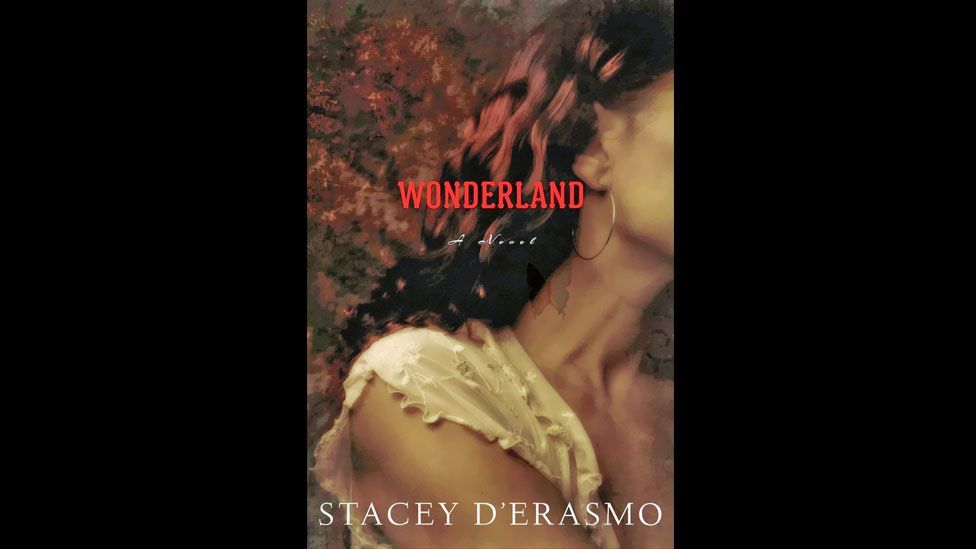 Indie rocker Anna Brundage is on a comeback tour of Europe, beginning in Copenhagen. At 44, after being out of the public eye for seven years, she’s singing for her artistic life. D’Erasmo captures the alternating eroticism and exhaustion of life on the road, the quest for that moment on stage or in the recording studio, where a musician passes “through the eye of the needle to wonderland−to the broken, the illogical, the roads that double back on themselves, the weird, the uncanny, the in-between.” Like so many musicians, Anna’s form is to be in search of a form, like someone tracing an unpredictable path. She is intensely present during live performances, with her audiences and her three band mates. Off-stage, she is flooded with memories of her artist father, her sister, her former husband and lovers. D’Erasmo pulls us along effortlessly as Anna discovers what her future will be. (Houghton Mifflin Harcourt) 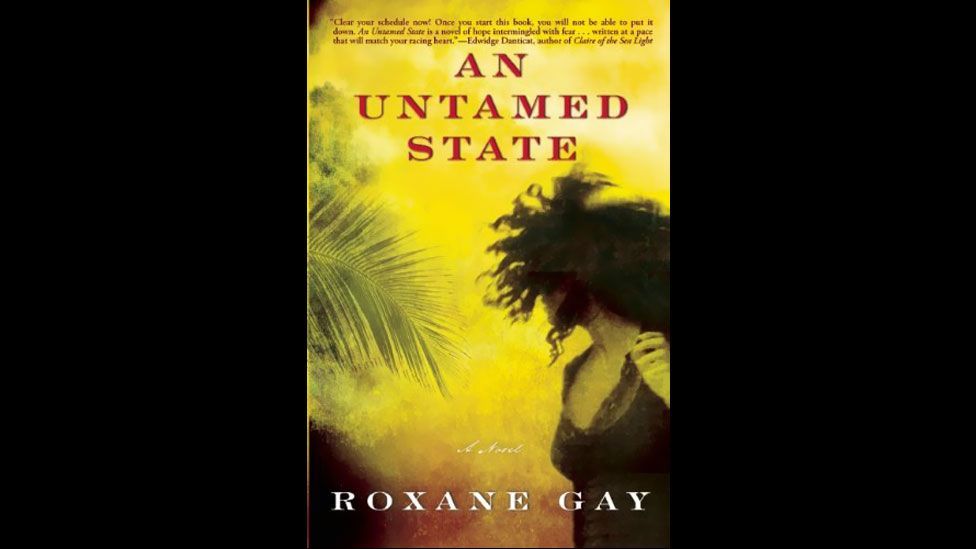 “Once upon a time… I was kidnapped by a gang of fearless yet terrified young men… They held me captive for 13 days. They wanted to break me.” So begins Roxane Gay’s dark and riveting first novel. Gay is unflinching in her ‘ripped from the headlines’ story about the ordeal of a young Miami-based lawyer who is snatched from her car in Port au Prince on a visit home to Haiti. The men demand $1m in ransom from her wealthy father. As days pass without her father paying, Mireille endures untold horrors. She nearly loses hope of returning to her husband and their baby son. Gay eloquently describes the “kind, necessary things”, the tenderness, patience, and truth Mirielle finds within her husband’s family once she is freed, and her struggles to heal− to accept “the woman she had become.” (Grove/Atlantic) 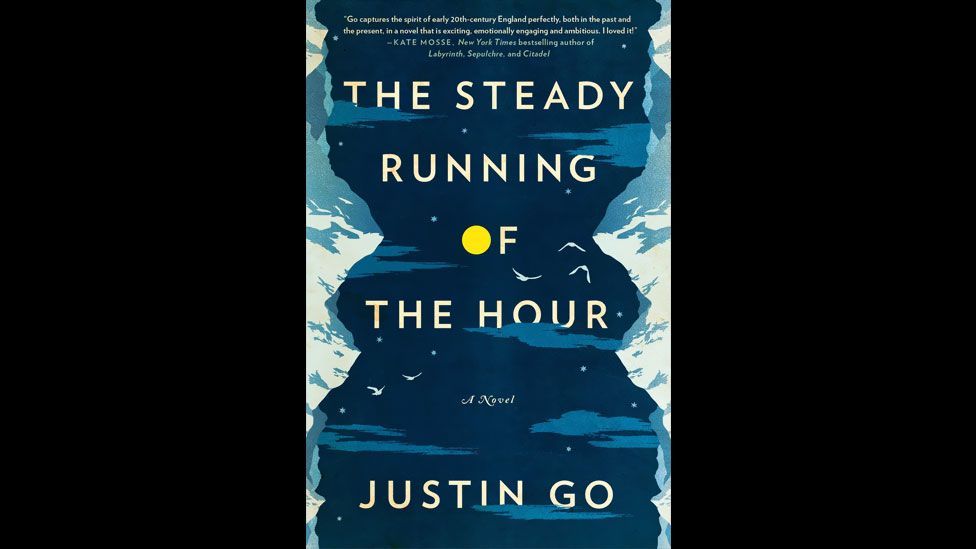 Justin Go, The Steady Running of the Hour

Go’s intriguing first novel spans the 20th Century in a family mystery with roots in a 1916 love affair. Tristan Campbell, a recent college graduate living in San Francisco, learns from a London solicitor that he might be heir to a fortune based on a will written eighty years before, in 1924. The deceased, Ashley Walsingham, met a young artist named Imogen six days before going to fight in France in 1916. He survived a devastating injury in one of the last battles of the Somme, and died in 1924 while attempting an early ascent of Mount Everest. If Tristan can prove his grandmother was Imogen’s child, the money is his. But Imogen’s paper trail disappeared in 1916. And Tristan is forbidden to betray the strict confidentiality of the will. Go skips back and forth between Tristan’s quest and the story of Ashley’s life from 1914 on, with vivid accounts of wartime France, pioneering mountaineering expeditions, and an isolated village in Iceland. (Simon & Schuster) 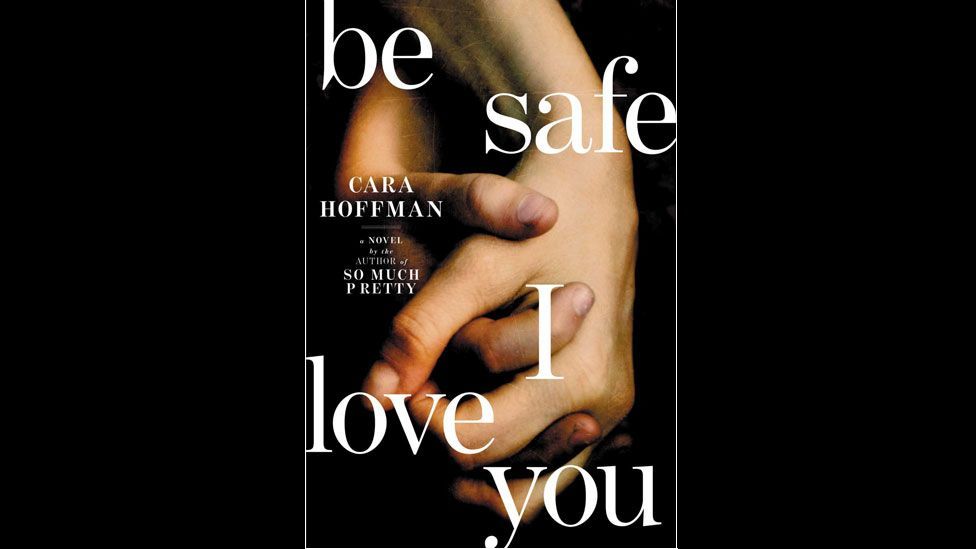 Cara Hoffman, Be Safe I Love You

Hoffman’s second novel is a fierce and nuanced tribute to women warriors. Lauren Clay returns to Waterville after a tour of duty in Iraq, eager to see her younger brother Danny. Lauren had been his protector through their parents’ marital troubles. When their mother left and their father sank into depression, Lauren gave up a music scholarship and enlisted in the army to earn money to help raise Danny. As Lauren reconnects with Danny and her father Jack, her boyfriend Shane, her best friend Holly, her voice teacher Troy, who saw her as “Maria Callas at 18” before she left for Iraq, and others, it is clear to them she’s not okay. Her father fields a series of alarming phone calls from an army psychologist. Lauren’s dark journey from the blazing oilfields of Amarah to the frozen Jeanne d’Arc Basin in Northern Canada reminds us how war haunts this new generation of soldiers. (Simon & Schuster) 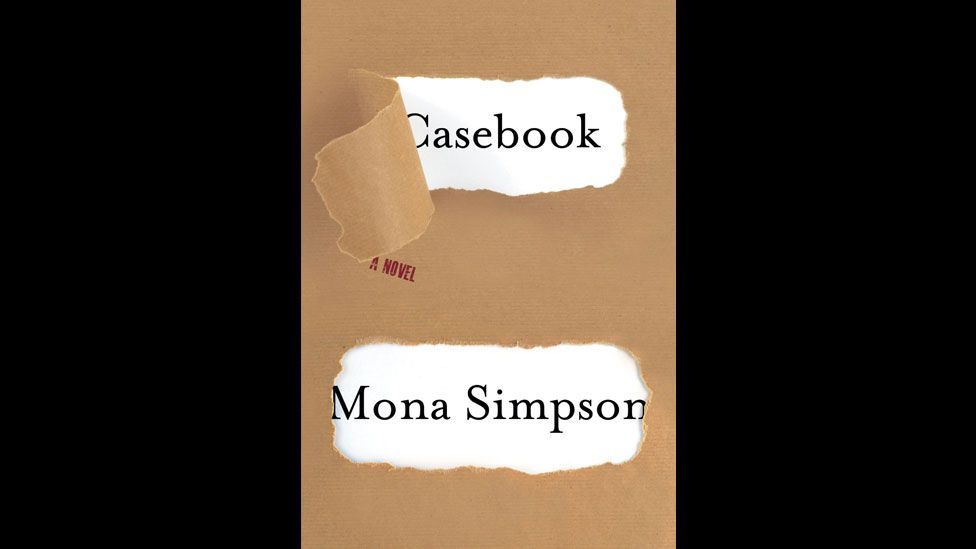 In The Casebook, award-winner Simpson, author of five novels that expose fraying family ties, turns a child’s view on a marriage falling apart. At nine, Miles snoops on his parents, hides under their bed, rummages in his mother’s drawers, and eavesdrops on her conversations. Mostly he overhears things he doesn’t understand. His mum is “pretty for a mathematician”. His dad, a lawyer, makes people laugh. He senses their marriage is in trouble. “Then, it happened: the permanent thing.” The parents separate, leaving him devastated, then getting used to it. His buddy Hector’s parents divorce, and over the years the two become yellow-page detectives, tracking down Miles’s mother’s new boyfriend, a “con artist of love”, making espionage a habit, replacing his mother’s Xanax with Vitamin C out of worry at one point. Their story, framed as a prequel to an award-winning comic-book series they have co-authoured, has delightful comic moments, and a surprising and poignant twist at the end. (Knopf) 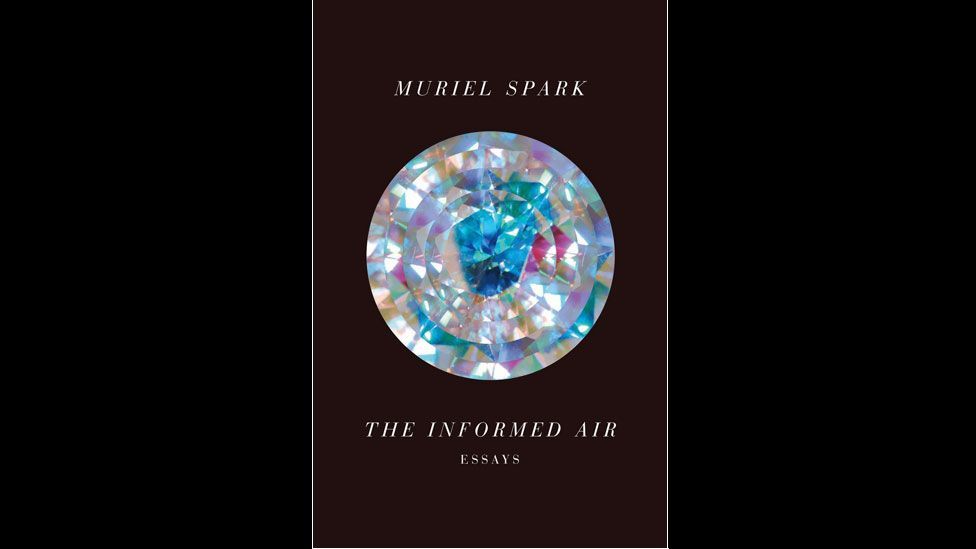 Muriel Spark’s comic and macabre novels (Memento Mori, The Prime of Miss Jean Brodie) won her fans for life. Her essays are equally delectable. She is pithy, precise, and wide-ranging in this collection of her thoughts on love, literature, the Book of Job, art, TS Eliot, Venice, cats, envy, cruelty, history and myth, among others. Penelope Jardine, her literary executor, selected these gems from her writings between 1950 and her death in 2006. On Mrs Gaskell: “a provincial, materialistic, self-satisfied humbug.” On the Brontës as teachers: “I suggest that if anything could equal the misfortune of their lot as teachers it was the lot of the respective students and employers of Charlotte, Branwell, Emily and Anne.” On rewriting: “I dislike going back over my work−I always feel I might turn into a pillar of salt, like Lot’s wife.” (New Directions) 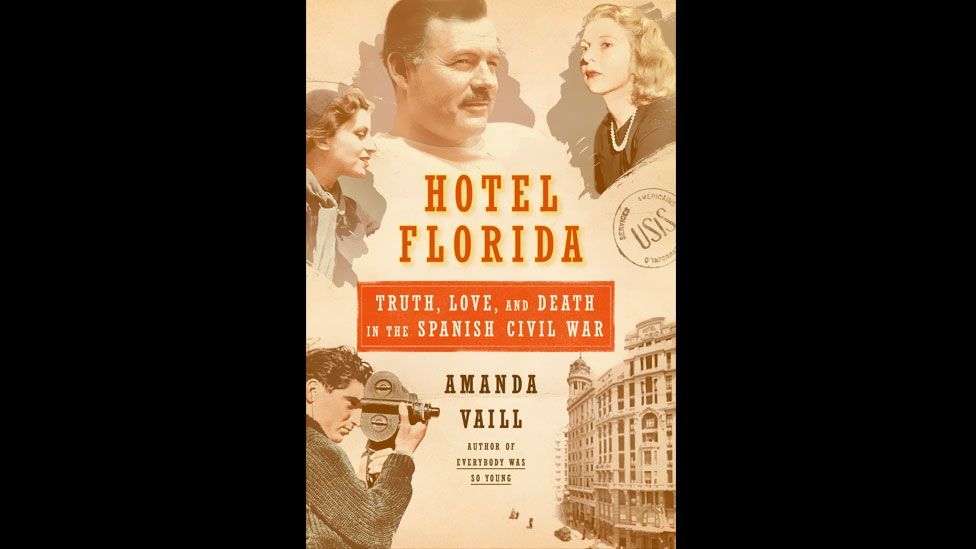 Magical and meticulous, Hotel Florida is named for the Madrid hotel that was the press headquarters for those covering the Spanish Civil War in the 1930s. As Ernest Hemingway put it, “You could learn as much at the Hotel Florida in those years as you could learn anywhere in the world.” Vaill centers her story on three romantic couples. Hemingway, the veteran, and newcomer Martha Gellhorn were reporting on the conflict. Arturo Barea and his Austrian deputy Ilsa Kulcsar handled the foreign press for the Loyalists. Robert Capa and Gerda Taro were pioneering the new technology of photojournalism. (Vaill describes how Capa took Falling Soldier, which Life magazine used as an emblem of Loyalist sacrifice, under complicated circumstances.) Vaill made her name with her first book, Everybody Was So Young: Gerald and Sara Murphy−A Lost Generation Love Story. Her latest is a masterful reconstruction of one of the most tumultuous conflicts in 20th Century Europe. (Farrar, Straus & Giroux)