Loading
Between the Lines | Books
The World Wide Web at 25: Changing literature forever
Share using EmailShare on TwitterShare on FacebookShare on Linkedin 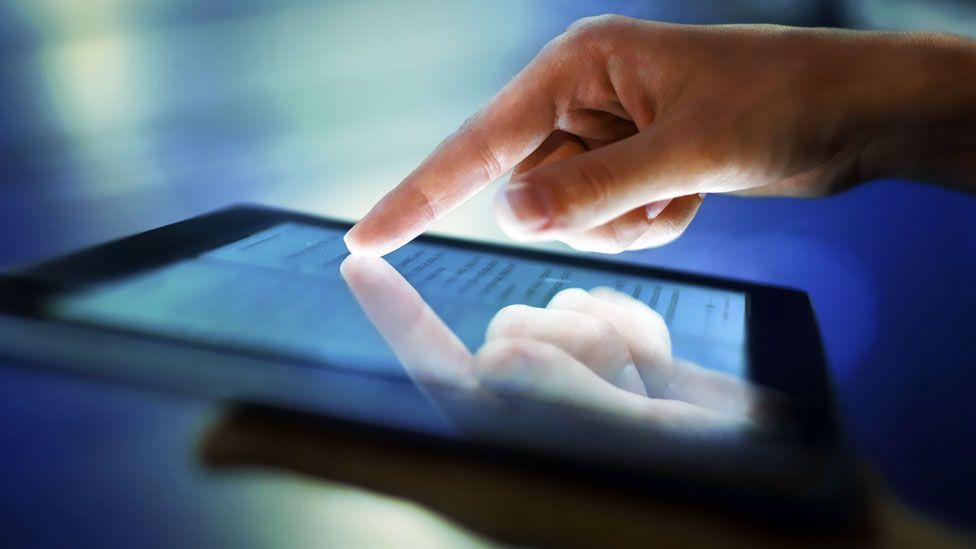 By Jane Ciabattari 21st October 2014
The World Wide Web, which turns 25 on 12 March, has brought about a radical revolution in literature’s form and content – from e-books to Twitter fiction. Jane Ciabattari reports.
D

Dave Eggers' latest novel The Circle is set in a not-too-distant future in which a Google-like mega-monopoly unites all personal, social networking and consumer data under one 'TruYou' account. In this satirical vision that echoes Orwell’s 1984, Eggers describes a “totalitarian nightmare” in which everyone “will be tracked, cradle to grave, with no possibility of escape.” The Circle was rushed out in late 2013 to keep pace with revelations about the US National Security Agency’s extensive domestic surveillance program. Neither would exist without the internet, which celebrates an unofficial anniversary 12 March – the day when Sir Tim Berners-Lee first outlined the architecture of what would become the World Wide Web 25 years ago.

Eggers is the latest author to chronicle the rapid changes we experience as the internet transforms the world and the literary landscape. Eggers puts it this way, through his hapless narrator Mae: “the volume of information, of data, of judgments, of measurements, was too much, and there were too many people, and too many desires of too many people and too many opinions of too many people, and too much pain… and having all of it constantly collated, collected, added and aggregated, and presented to her as if that all made it tidier and more manageable – it was too much.” We may all relate to that feeling of being overwhelmed at times by technological change, but the influence of cyberspace on the form and content of literature has been particularly acute – and inescapable.

The global information system we now know as the internet descended from the Advanced Research Projects Agency Network (Arpanet), which was developed with US military and scientific funding in the 1960s. Period references to the Arpanet pop up in Thomas Pynchon’s Inherent Vice, which is set in 1969-1970, and in Colum McCann’s Let the Great World Spin, when his characters dial up phone booths in New York from a computer in Palo Alto to hear about Philippe Petit’s 1974 tightrope walk at the World Trade Center.

Before the World Wide Web was ever introduced to the public, though, it already existed, in vivid dystopian versions created by science fiction writers. Philip K Dick’s novel Do Androids Dream of Electric Sheep? (the basis for Ridley Scott’s 1982 movie Blade Runner), planted a theme that would arise repeatedly in the internet era – the danger of dwindling human empathy in the face of technological change. (Eggers echoes that concern in The Circle.) The impulse to focus on the internet’s immersive high-tech experience has been equally powerful.

Cultural historians credit William Gibson with predicting the internet’s universal takeover – and irresistible lure. He coined the term “cyberspace” in his 1982 short story Burning Chrome, in which two hackers pull off an online heist of assets held by a brothel owner named Chrome. In the opening pages, Gibson describes “the colorless nonspace of the simulation matrix, the electronic consensus-hallucination that facilitates the handling and exchange of massive quantities of data.”

Imagine the world in the late 1970s and early 1980s when Gibson was first fashioning his fictional cyberspace: primitive Sinclair computers built from kits, unwieldy consoles for Pong videogames and people connecting home computers distantly via telephones. At this point, internet pioneer Tim Berners-Lee was writing code for what he defines as “a wide-area hypermedia information retrieval initiative aiming to give universal access to a large universe of documents.”

Gibson was already there. He described a computer hacker called Case in his 1984 novel Neuromancer, as “jacked into a custom cyberspace deck that projected his disembodied consciousness into the consensual hallucination that was the matrix.”  Like the nascent internet, Gibson’s cyberspace, a realm in which geography no longer exists, gives “the illusion of infinite space.” It is, Gibson has said, “mankind’s extended electronic nervous system.”

By the mid ‘90s, novelists were writing about the internet not as science fiction but as science fact. Richard Powers’ 1995 novel Galatea 2.2 reframed the Pygmalion myth for the computer age. The narrator, named "Richard Powers", is a “token humanist” in residence at a scientific think-tank and one of the first literary characters to browse the Web. “By keying in short electronic addresses,” Powers writes, “I connected to machines all over the face of the earth. The web: yet another total disorientation that became status quo without anyone realizing it.”

In the novel, the narrator is involved in creating a computer-based intelligence that can pass the English comprehensive exams. Powers voices variations on a Philip K Dick theme: "To train our circus animal in Faulkner or Thomas Gray, we would first have to exhilarate it with the terror of words. The circuits we laid down would have to include the image of the circuit itself before memory overhauled it. The net would have to remember what it would be again, one day, when forgetting set in for good."

But the internet hasn’t just become a favourite subject of contemporary writers, it’s influenced the structure and publishing model of new work as well. The short story form has been reinvigorated and has grown ever shorter with a flood of micro and flash fiction. Frederick Barthelme’s New World Writing, which originated in 1995 as Mississippireview.com, one of the first literary magazines on the web, specialises in flash works of 300 to 1,000 words, with recent contributions by Ann Beattie, Kim Chinquee and Lydia Davis.

And in 2013 Elliott Holt’s contribution to Twitter Fiction launched with this tweet: “On November 28 at 10:13 pm EST a woman identified as Miranda Brown, 44, of Brooklyn, fell to her death from the roof of a Manhattan hotel.” Holt sent out clues on Twitter feeds created for three characters, and invited her readers to decide if the death was #homicide, #suicide or #accident. (The second Twitter Fiction Festival kicks off 12 March.)

Other new internet-specific work explores online behavior directly. Travis Nichols' novel The More You Ignore Me is framed as one continuous rant by an internet troll infuriated because he has been barred from a wedding website by the comments moderator. Paul O’Rourke, the narrator of Joshua Ferris’ novel To Rise Again at a Decent Hour, watches in horror as someone recreates his identity online. Elizabeth Cohen’s story collection The Hypothetical Girl arose from her online dating experiences.

"Fiction is obliged not only to reflect society but to interpret it, and today's great writers are already solving this problem in interesting and surprising ways," says Electric Literature editor Halimah Marcus. As the experimentation continues, we can follow these writers and others, including AM Homes, AJ Aronstein, Bennett Sims, Jason Porter, and Alex Epstein, all of whom have recent work in Electric Literature’s weekly Tumblr-based series, Recommended Reading.

Not surprisingly, still in their midst is the ever prescient William Gibson. “The Peripheral, my next novel, isn't set in the future,” he tweeted in August 2012. “It's set in two of them.” These writers see an online world that is dizzyingly complicated, but they may actually be making it even more so. Who knows how mysterious things will get as we follow them down the rabbit hole.