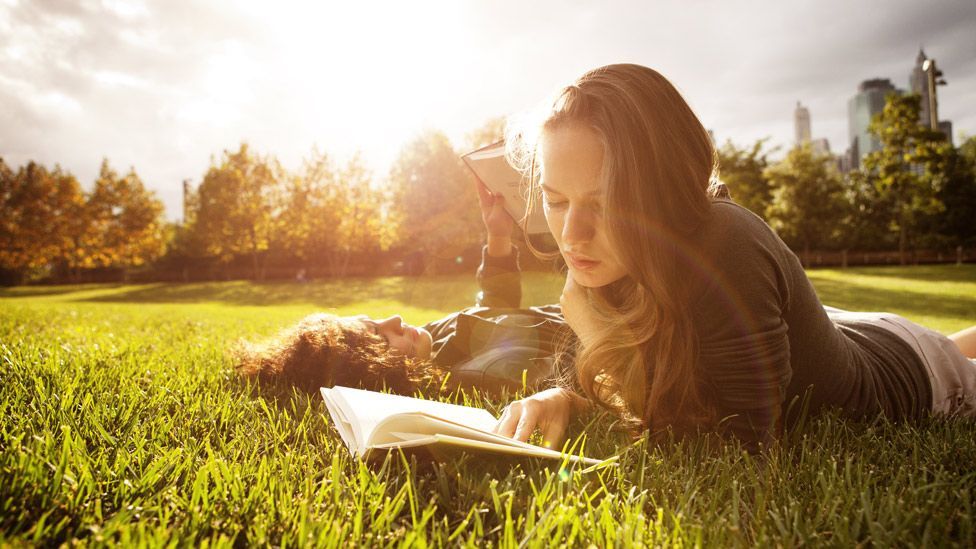 How many times have you read your favourite book?

As parents learn with frustration, as small children we love immersing ourselves in the same story over and over. But in adulthood that joy tends to become a forgotten pleasure. We have so little time to read and there are so many great books that we’ve yet to get around to (War and Peace looms large on my literary guilt list− never mind the ceaseless tide of new releases). You could read a book a day for the rest of your life and still not make it through even a quarter of the titles published in 2013 in the UK alone. With the shelves thus groaning, pulling down a well-thumbed favourite feels an unconscionable indulgence.

Yet if my admittedly unscientific research on Facebook is anything to go by, furtive re-readers are everywhere in our midst. For certain fans, re-reading The Lord of the Rings is an annual ritual. Devotees of The Great Gatsby, Pride and Prejudice and Tess of the D’Urbervilles also return regularly to the book they prize above all others. One friend told me that Jane Austen’s Emma can still surprise him, despite his having reading it over 50 times. Another literally read to bits her copy of Leo Rosten’s comic masterpiece, The Education of H*Y*M*A*N K*A*P*L*A*N.

Now, two new bibliomemoirs have arrived to showcase the insights – both literary and personal – that are to be gained from that ultimate guilty pleasure: re-reading. Journalist Rebecca Mead, a long-time Englishwoman in New York, first encountered George Eliot’s Middlemarch at 17. Since then, she has read it again every five years. With each re-reading, it has opened up further; in each chapter of her life – as she itched to leave home, as she moved to America, had love affairs and become a mother – it has resonated differently.

Reaching her 40s, Mead decided on a fresh approach: she would apply the tools of her day job to this private passion. Her aim was to discover what writing the novel meant to Eliot, and how reading it has shaped her own life. She chronicles her relationship in The Road to Middlemarch (published in the US as My Life in Middlemarch), a delightful book filled with sharp observations and told in a voice poised between chatty confidant and brilliant teacher.

Playwright Samantha Ellis has clocked up even more time with Wuthering Heights. She was 12 when she first read Emily Brontë’s gothic romance, and without fail, she’s returned to it annually in the run-up to her birthday. This year when she will turn 39 might just be the first time that she skips it, but only because all those re-readings have now inspired a book, How to Be a Heroine.

It begins with a heated conversation Ellis had with her best friend while on a pilgrimage to Yorkshire in the north of England, where the novel is set. Which heroine was best, Jane Eyre or Cathy Earnshaw? As they quarrelled, Ellis realised she’d spent her life trying to be Cathy when Jane was a far savvier role model. This sets her off on another journey, back to the books that shaped her ideas about how to move through the world as a woman. It’s a risky enterprise because, just as Mead knows, though the words on the page stay the same, our readings of them change.

Both Mead and Ellis testify to the myriad ways in which really good books not only stand the test of repeat reads, but also bestow fresh gifts each time we crack their spines. These kinds of books grow with us. The writers also explore the motivations behind re-reading.

For children, it’s a comfort. As we become accustomed to a world in which change is the only real constant, the familiarity of the book at bedtime is something to cling to. Adults aren’t immune to those feelings, either. To quote the septuagenarian writer Larry McMurtry: “If I once read for adventure, I now read for security. How nice to be able to return to what won’t change.”

Except that often, that’s not quite the case. We notice fresh details. Our interpretations change as we evolve – cheerleading for the strivers, for instance, gives way to admiration for characters who are slow and steady.

Vladimir Nabokov had a theory about this. He believed that the process of moving our eyes from left to right, line after line, page after page, stood between us and artistic interpretation the first time round. By the fourth reading, the experience has apparently assumed more of the directness of looking at a painting. “One cannot read a book: one can only re-read it,” he said.

Scientists have weighed in, too, citing the mental health benefits of re-reading. Research conducted with readers in the US and New Zealand found that on our first reading, we are preoccupied by the ‘what?’ and the ‘why?’. Second time round, we’re able to better savour the emotions that the plot continues to ignite. As researcher Cristel Russell of the American University explained of re-readers in an article published in the Journal of Consumer Research, returning to a book “brings new or renewed appreciation of both the object of consumption and their self”.

Heart of the matter

It’s true that we often find former selves on the pages of old books (literally, if we’re fond of scribbling in the margins). But even without the aid of marginalia, these texts can carry us back to a time and place, and remind us of the kind of person that we were then.

We’re changed not only by lived experience but also by read experience – by the books that we’ve discovered since last reading the one in our hand.

More so than the movie director or the musician, the writer calls upon our imaginations, using words to bid us picture this declaration of love or that betrayal. It’s not surprising that in my social media poll, of the many and varied titles that people returned to, only one was non-fiction (Enemies of Promise, Cyril Connolly’s hybrid of literary criticism and memoir). A book is a joint project between writer and reader, and for its alchemy to work, we must pour so much of ourselves into reading that our own life story can become braided with the story that’s bound between the book’s covers.

Perhaps what’s really strange is that we don’t re-read more often. After all, we watch our favourite films again and we wouldn’t think of listening to an album only once. We treasure tatty old paperbacks as objects, yet of all art forms, literature alone is a largely one-time delight. A book, of course, takes up more time, but as Mead and Ellis confirm, the rewards make it amply worthwhile. They needn’t be anointed classics, either. Sabbath’s Theatre by Philip Roth, EL Doctorow’s Ragtime and Donna Tartt’s The Goldfinch are all on my re-reading list – just as soon as I’ve finished War and Peace, that is.