Loading
Music | Pop music
Why are Abba so popular?
Share using EmailShare on TwitterShare on FacebookShare on Linkedin 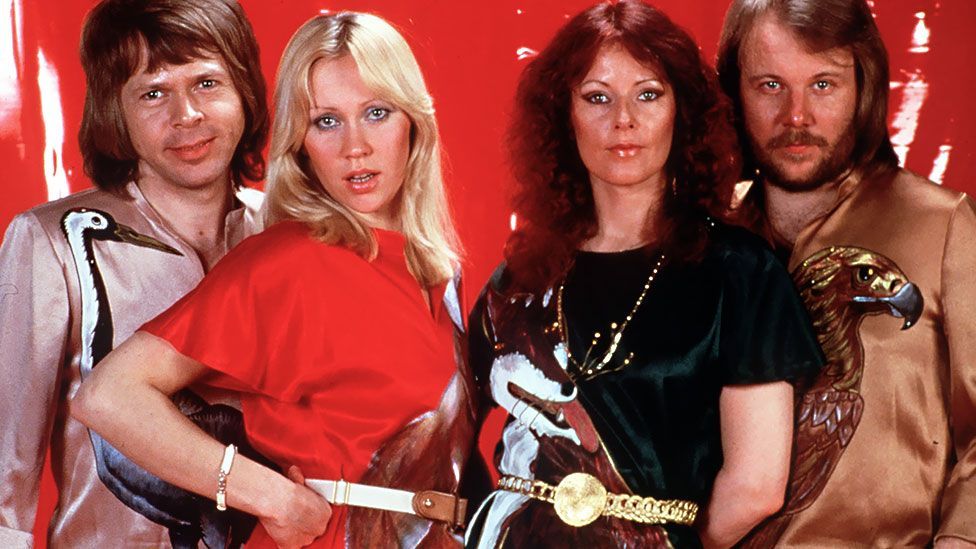 By Andrew Harrison 21st October 2014
The Swedish group burst onto the world stage 40 years ago this month – and are still one of the most successful bands of all time. Andrew Harrison asks why.
W

When you’ve sold as many records as Abba have – and only The Beatles have sold more – specific figures become hazy. They disappear into a statistical stratosphere occupied by a tiny elite of global megastars. There are simply too many territories to report on, too many releases to keep track of, too many vast numbers to juggle.

All one can say with any certainty is that the Swedish quartet have sold in excess of 380m albums and singles since they first came to prominence 40 years ago this month, winning the 1974 Eurovision Song Contest with a performance of Waterloo that still ranks as the high point of the much-maligned transcontinental cheese-fest. At their commercial zenith in the late ‘70s Abba were reputedly second only to Volvo in their contribution to Sweden’s exports. Such was the demand for their music that their management had to arrange for royalties from the Soviet Union to be paid in oil commodity rights rather than the embargoed rouble.

This was unprecedented popularity for an act from outside the English-speaking world, and as the recorded music business accustoms itself to the reduced circumstances of the digital age it seems unlikely that another artist will ever better it. Meanwhile, critically rehabilitated and driven on by the Mamma Mia! juke-box musical which has now played to over 54m people worldwide, the band’s records continue to sell. One day Abba may well have sold half a billion records. 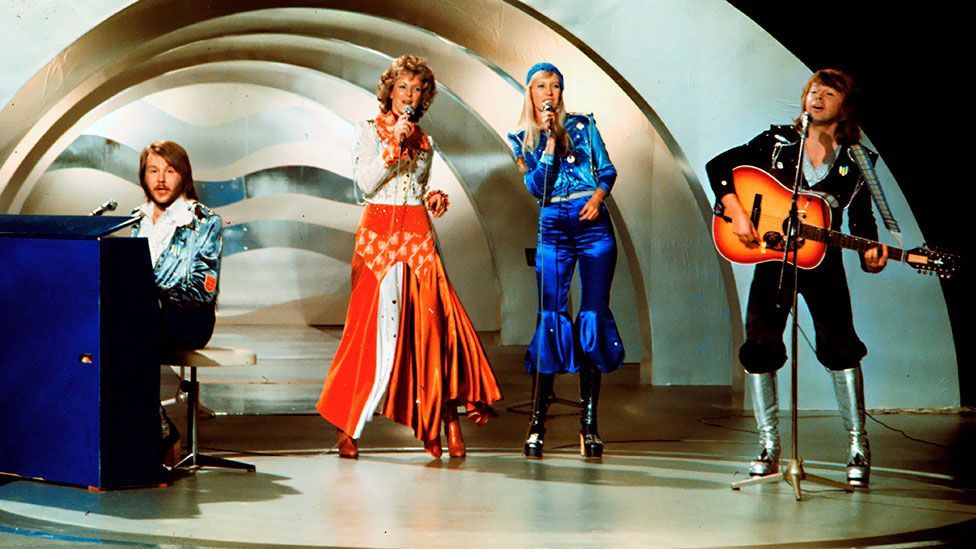 For all that, their music remains a curious anomaly – a universally successful sound based not in the riotous, sexualised lingua franca of rock or r’n’b but in more homely, restrained and European values. If rock’n’roll is about escape and outsiderdom then Abba’s pop songs excavate the dreams and disappointments of those who never wanted to rebel. Summed up in the tumultuous ecstasy of Dancing Queen or the cascading fatalism of The Winner Takes It All, suburbia’s hopes and fears are no less epic and no less valid. And there are an awful lot more people living there.

“The key to Abba is their understated Swedishness,” explains Carl Magnus Palm, author of the definitive biography of the band Abba: Bright Lights, Dark Shadows. “Specifically it’s the importance to their music of Swedish folk songs and of a sound called Schlager, which means ‘hit’ in German.” Bereft of rhythm and blues or soul influences and cloyingly kitsch and sentimental to modern ears, the central European sound of Schlager was vastly popular – the soundtrack to a million camping holidays and cabaret evenings. “It’s not cool music,” says Palm, “but Abba grew up loving Schlager and they added other things that they loved like The Beach Boys and The Beatles to that simple blueprint. Millions of people related to it.

“And there’s also a melancholy Nordic streak even in Abba’s happiest songs. Even in Mamma Mia there’s some extra layer of sadness that you wouldn’t hear in a contemporary record by, say, The Brotherhood of Man. There’s a depth to Abba that hints at deep sadness.”

That sadness was not imagined or confected. All four members of Abba experienced private sorrows as they grew up in postwar Sweden, from family poverty to parental coldness and debilitating shyness. Both Benny Andersson and Anni-Frid ‘Frida’ Lyngstad became unmarried parents before they reached 20; each had to make the decision to leave their children behind to pursue music.

As Abba’s success grew, Benny (beard) married Frida (dark hair) and beardless Björn Ulvaeus married blonde Agnetha Fältskog, only for both couples to divorce towards the band’s end. These marital breakdowns imbued Abba’s final albums Super Trouper and The Visitors with a very adult pathos and resignation, qualities which dismissed critical charges that the band made only vapid good-time pop. But Anni-Frid’s unhappiness was of a different order. “Frida’s background is so painful that you wouldn’t believe it if it was a work of fiction,” says Palm. 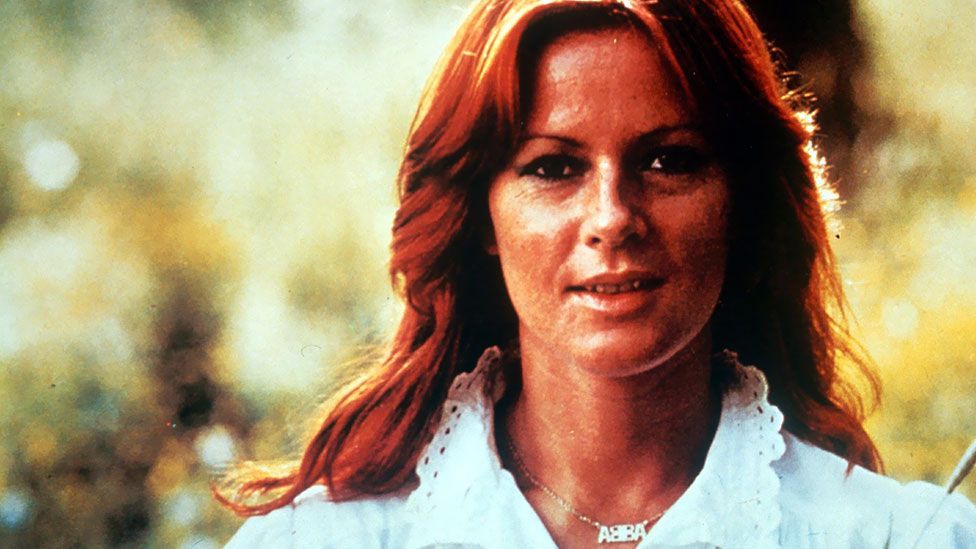 Born out of wedlock in 1945, the daughter of an occupying German soldier and young Norwegian girl Synni Lyngstad, Frida grew up fatherless and was ostracised as one of the shunned ‘Tyskerbarnas' or German children. She and her mother moved to Sweden for a fresh start only for Synni to die suddenly of a kidney infection. Brought the girl up in straitened circumstances by her hardworking but distant grandmother, Frida understandably developed a morose outlook on life. A withdrawn and plain girl with an amazing voice and beautiful handmade clothes, desperately in need of a father figure – it’s almost too much even for an ABBA song. (Scarcely believable misfortune followed Frida even after the end of Abba. She married the Swiss-born Prince Heinrich Ruzzo Reuss of Plauen in 1992 to become an actual princess. But the prince to died of lymphoma not long after Frida’s eldest daughter Lise-Lotte was killed in a car crash).

When the band finally hit the big time, one of their strengths was that they were not newcomers arriving with the first song’s they’d written. All four had over a decade of experience in songwriting, recording and gruelling tours – hundreds of dates a year, sometimes three shows a day – across Sweden’s unforgiving municipal folkparks. Björn had been a key member of the clean-cut Hootenanny Singers (“the worst name that any band has ever had,” he once said. “It’s just so ugly, possibly beaten only by Abba”) and Benny played with Swedish rock band The Hep Stars. Agnetha already had a patchy career singing Schlager and Frida sang blues and jazz. Though they formed Abba at a low ebb in their individual fortunes, the band was in fact a sort of supergroup.

“They were lucky in that they’d got most of their really bad songs out of their system before they formed Abba,” says Carl Magnus Palm. “By then they were seasoned performers. When you see them on Eurovision in 1974 you can tell that they’re not new to the stage. They’re confident, they know what they’re doing. And they were perhaps lucky that they were initially popular only in Sweden and Scandinavia for the first few years of Abba, in 1972 and 1973. By the time they came on the international scene with Waterloo they had a much clearer picture of what they wanted to be.” 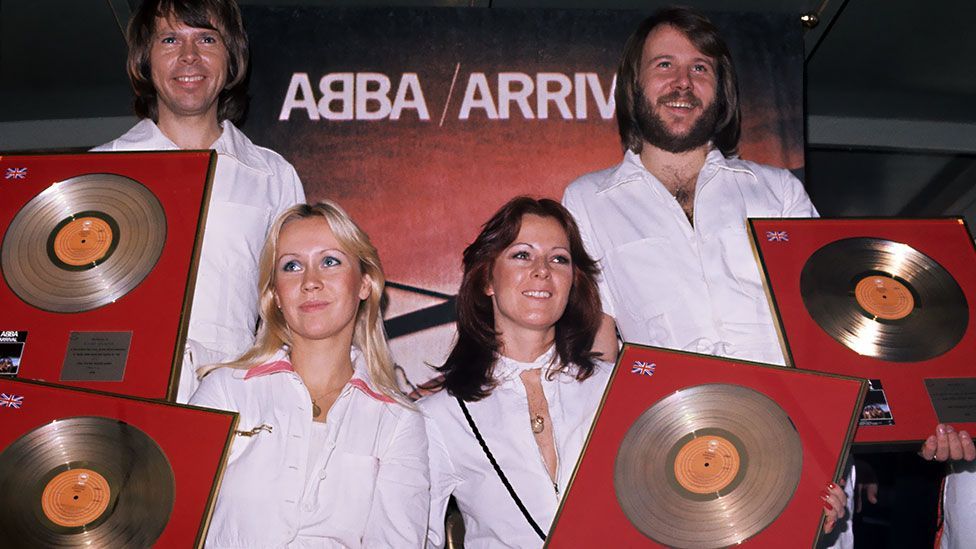 What they wanted to be was something new in pop – the companionable singalongs of Schlager allied to meticulous songwriting and a giant ‘Wall of Sound’ production drawn from the visionary American producer Phil Spector, the Beach Boys and the English-speaking pop tradition. Detail would be everything, and key to ABBA’s success was studio engineer Michael Tretow who created a form of double-tracking which duplicated the instruments and made the band sound enormous. Abba didn’t just have better songs. They sounded like nothing we’d heard before.

“When you listen to The Name Of The Game by Abba it’s just got so many bits in it, far more than you notice at first,” observes Neil Tennant, Ivor Novello-winning singer with Pet Shop Boys. “They’re all incredibly catchy and moving at the same time. They gently bring up that yearning, Phil Spector quality that is so marvellous.”

Abba dissolved at the end of 1982 and by now even the most committed fan surely accepts that they will never work together again. The legal acrimony of the post-split years has ebbed away and by all accounts the four former members of Abba get along well now. With the Mamma Mia musical playing around the world – enabling the music to tour without the band and, as a sideline, resurrecting the stage musical – there seems little need for a reunion, and little to prove either.

“Abba didn’t just write great songs, they made great records and that was their secret,” says Palm. “They conceived them as productions and arrangements – visions of perfect pop music. Why are there so few successful covers of Abba songs? Because they’re just so hard to inhabit.