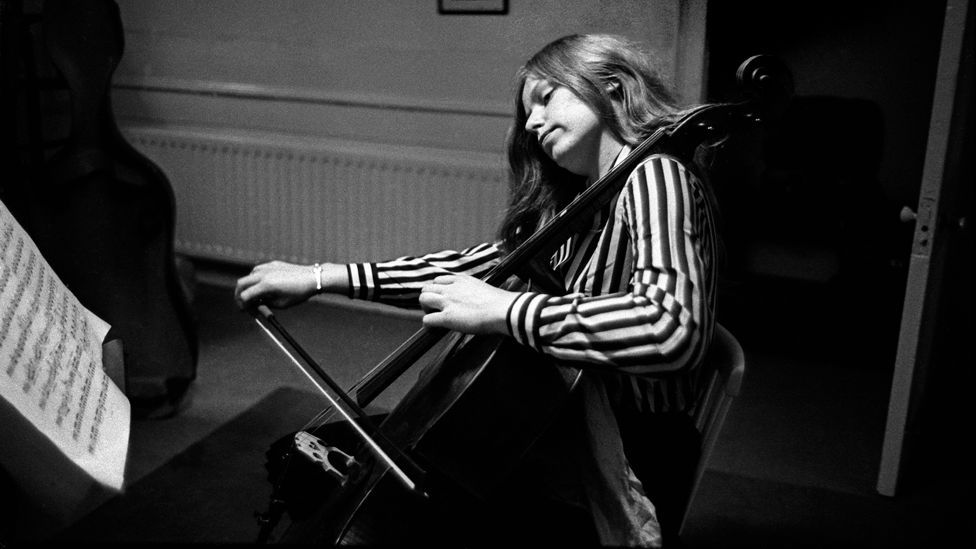 I recently got a phone call from my father, in which he said he’d decided to clear out his classical record collection. If I was interested, I could come over and help myself to anything I wanted. My greedy glee at such a generous invitation had to be tempered by the exigencies of space – unlike him, alas, I don’t have a giant garage in which to store my music – but I still drove home with no fewer than four enormous suitcases stacked full of records, mourning the gems I’d had to leave behind.

I’ve been a vinyl junkie since my teens and consider myself hugely lucky that my job entails going to live concerts on a regular basis. Nevertheless, like most people in the 21st Century, much of my musical listening is done through headphones on a small handheld device, the quality inevitably impaired. And so it was with a sense of renewed wonder and awe that I sat down to drop the needle on my new hoard. That trove of treasures, from Albinoni to Zemlinsky, got me thinking about what it was that makes a truly legendary recording. One of the joys of classical over other musical genres is that the greatest pieces get recorded again and again. And unlike, say, classic theatrical works which are also repeated and re-imagined for each generation, so long as the musical performances have been recorded, we can continue to experience them in myriad different interpretations.

It’s hard to imagine more compelling proof of music’s singular power to connect humanity across time and space than to hear, say, Enrico Caruso singing an aria such as Una Furtiva Lagrima in the early 1900s only to follow it with a modern tenor such as Joseph Calleja singing it over one hundred years later and it moving us in completely different yet resonant ways.

With the abundance of recordings out there, classical aficionados inevitably spend a lot of time comparing and contrasting performances, arguing over “definitive” recordings. This is mostly an absurd exercise given the vagaries and subjectivities of taste. For most casual listeners, moreover, the piece itself will be of infinitely more importance than the interpretation, so the name on the sleeve is pretty inconsequential.

Nevertheless, certain records do stand out over the years – whether for performance, ambition, quality of recording or the ground they broke. And when you listen to these records, everything stops; you can never hear the piece in quite the same way again. So, for what it’s worth, here are my (entirely personal) top ten classical recordings of all time, in no particular order.

Jackie was just 20 when she recorded the Edward Elgar cello concerto with conductor Sir John Barbirolli, a conductor with whom she had a unique rapport. Her early death from multiple sclerosis deprived classical music of one of its most outstanding artists – some believe she was the greatest English cellist of all time – but even if her personal narrative had not gripped the public imagination, I reckon this would stand out as the Elgar to end all Elgars. Just listen to the aching intensity of the slow movement, the bravura of the epilogue. A performance of quite astonishing brilliance and beauty that makes us wonder what might have been.

Jacqueline du Pré’s husband was also in his 20s when he undertook this groundbreaking adventure, conducting the English Chamber Orchestra from the keyboard. Barenboim is now in his early 70s and remains one of the most superb conductors, pianists and thinkers in the world. He re-recorded the complete Mozarts later in life with the Berlin Philharmonic, but there is something so thrillingly youthful and fresh about this account – I could listen to them all day long.

George Enescu was the Romanian composer, conductor, pianist and violinist who taught many great violinists including Yehudi Menuhin, who called him “one of the true wonders of the world”. To me, that’s also an apt description of this landmark 1932 recording of teacher and pupil performing the ultimate musical dialogue; Bach’s supreme love letter between two instruments, two spirits. 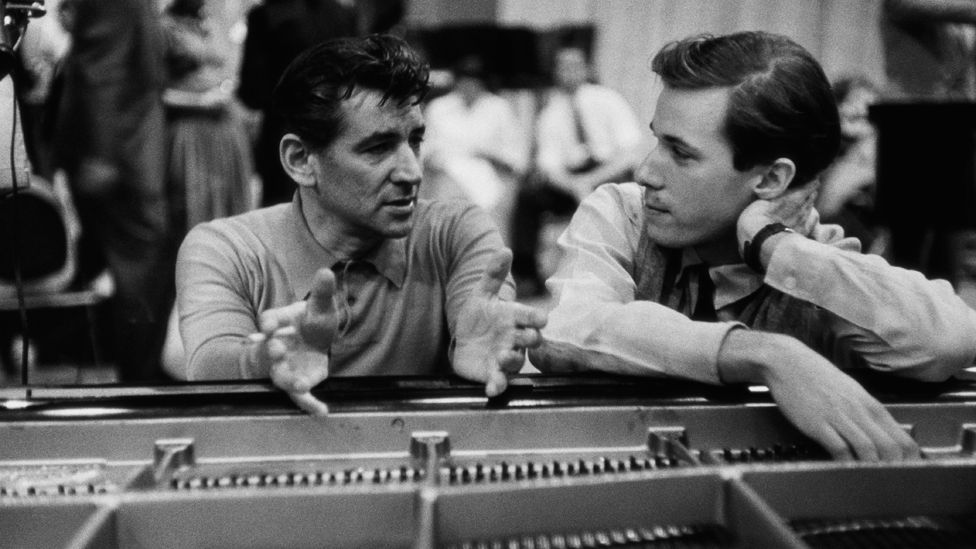 Talking of wonders… I’m cheating here, including two recordings in one entry by the same pianist of the same work. But what recordings! The Canadian pianist Glenn Gould famously preferred not to look back once he’d recorded a piece, so that interpretation stood. His revisiting of Bach’s Goldberg Variations (he had previously recorded it in 1955) is a glorious deviation from this trend. The 1955 release was considered a landmark in Bach performance; the 1981 version, complete with Gould’s idiosyncratic tempi, is a revelation. 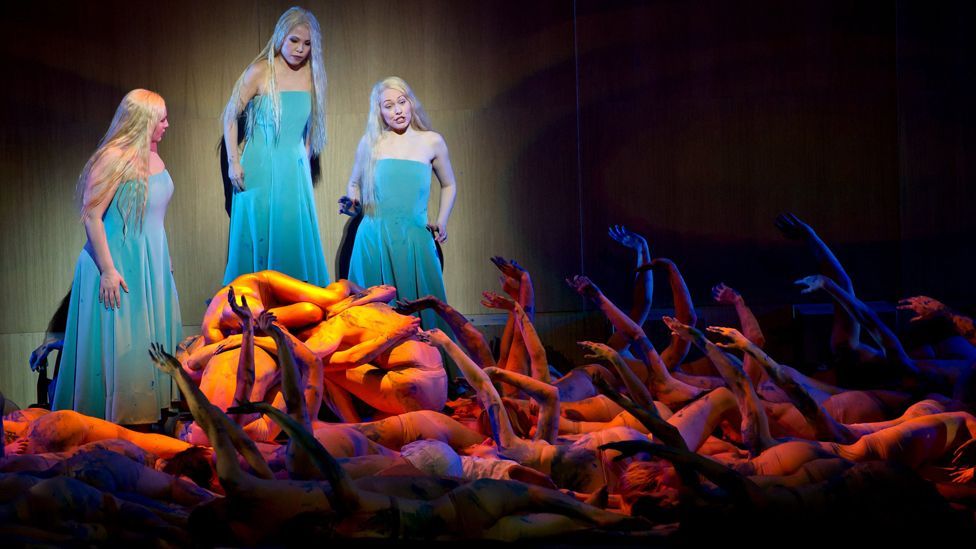 I love that a rival producer apparently laughed in his Decca counterpart’s face when he heard they were to produce the Ring. “Very nice, but you’ll never sell any,” he supposedly sneered. In fact, The Solti Ring, as it became known, redefined what was possible in scale, ambition and sheer magnificence when it came to recorded classical music – and was so popular that Decca re-issued it in 2012 to mark the centenary of Solti’s birth.

One of classical music’s most spine-tingling ‘what if’ moments. In 1890, cellist Pablo Casals was just 13 years old when he took a stroll with his dad in the old port of Barcelona and went browsing in a secondhand bookshop. There, he unearthed the sheet music of Bach’s Cello Suites, which had been consigned to the dustbin of musical history and not heard for eons. He spent a dozen years working on them, and the result, recorded, changed the course not only of Casals’ career but of classical music forever.

Kleiber, arguably one of the greatest conductors of all time, was a famously reclusive perfectionist who didn’t often record orchestral performances – his recordings of opera outstrip his symphonies four-to-one. Yet there truly does not exist a more thrillingly wondrous performance of this Beethoven double (and trust me, I’ve listened to a lot of them.) I’m not alone: the consensus view is that these really are ‘definitive’.

“Mozart is a garden, Schubert is a forest in light and shade, but Beethoven is a mountain range.” So said the legendary Austrian pianist Artur Schnabel, who blazed a trail across those glorious peaks when he recorded them all for the first time in the 1930s, leaving all future pianists in his shadow.

Otto Klemperer Conducting Mozart’s The Magic Flute, with a 1960s cast to die for (EMI)

There are dozens of fabulous Flutes out there, but this one has the dream team of Nicolai Gedda and Gundula Janowitz as Tamino and Pamina, supported by such legendary voices as Lucia Popp, Elisabeth Schwarzkopf, Christa Ludwig and Walter Berry. Rarely has Mozart sounded more joyful, or proved the point that, when done well, opera is simply the ultimate way to tell a story.

Those flawless voices of Gedda, Schwarzkopf and Ludwig feature on this recording too; a reading of the Requiem that distils the power, the drama, the might and the heartbreaking beauty of Verdi’s masterpiece and makes me, despite so many wonderful modern accounts, return to it again and again.