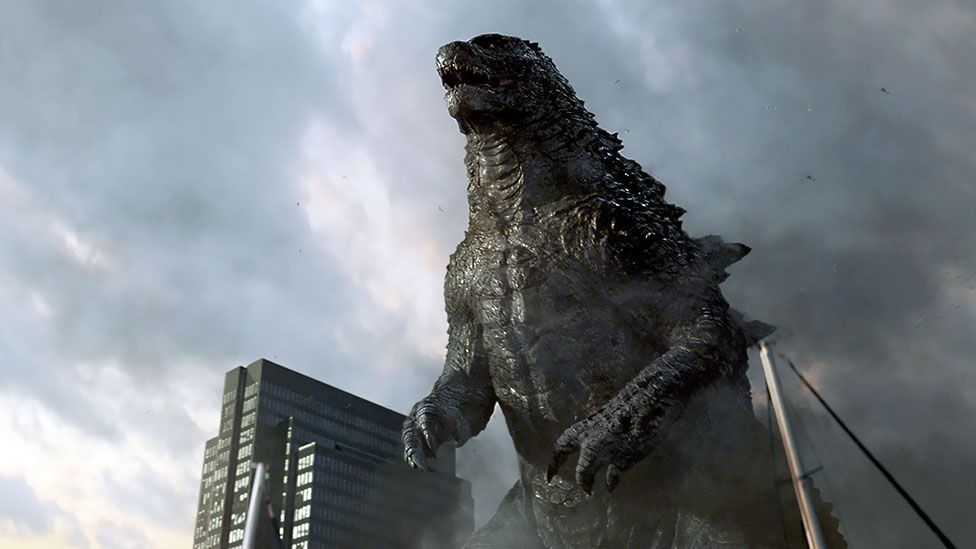 By Michael Fitzpatrick 16th May 2014
The new Godzilla film is Hollywood’s latest attempt at adapting Japan’s singular monster-movie genre. What accounts for the Japanese love of giant city stompers?
I

In the manner of Godzilla himself, Hollywood is stomping into Japanese cinema once again. There have been plenty of US remakes of Japanese classics – Seven Samurai became The Magnificent Seven, Ringu became The Ring – but Tinseltown has never quite cracked the tale of the giant, city-smashing lizard. Director Gareth Edwards hopes to change that with his Godzilla, released on 16 May, the 60th anniversary of the cherished monster’s debut from Tokyo’s Toho studios.

The original film, titled Gojira – a portmanteau of ‘gorilla’ and ‘whale’ (kujira) – appeared amid the economic boom of Japan’s post-war period, at a time when H-bomb testing in the Pacific had created a climate of fear about radiation in Japan. The trailer for Edwards’ new Hollywood version alights on a Japanese nuclear plant erupting – rekindling memories of the Fukushima meltdown and the spectre of nuclear catastrophe that engulfed the nation in 2011. But for some, the idea that Godzilla equals atomic horror suggests that non-Western directors may have missed the true point of the kaiju eiga (monster film), genre.

“The original Godzilla and other monster films in the Toho franchise do not necessarily deal with nuclear threat,” explains Hidetoshi Chiba, a professor at Tokyo’s Digital Hollywood University and an expert on kaiju films. This was a cycle that included other famous titans of mass destruction such as Mothra, a colossal moth, and Rodan, a mutated flying dinosaur.

He agrees with the common interpretation that the story of a scaly fiend arising out of a nuclear testing site that ravages cities and their populace can be read as both a nuclear age parable and an anti-war allegory. But he argues that kaiju are more about the wrath of nature, human hubris and dark immutable forces rather than science gone awry. 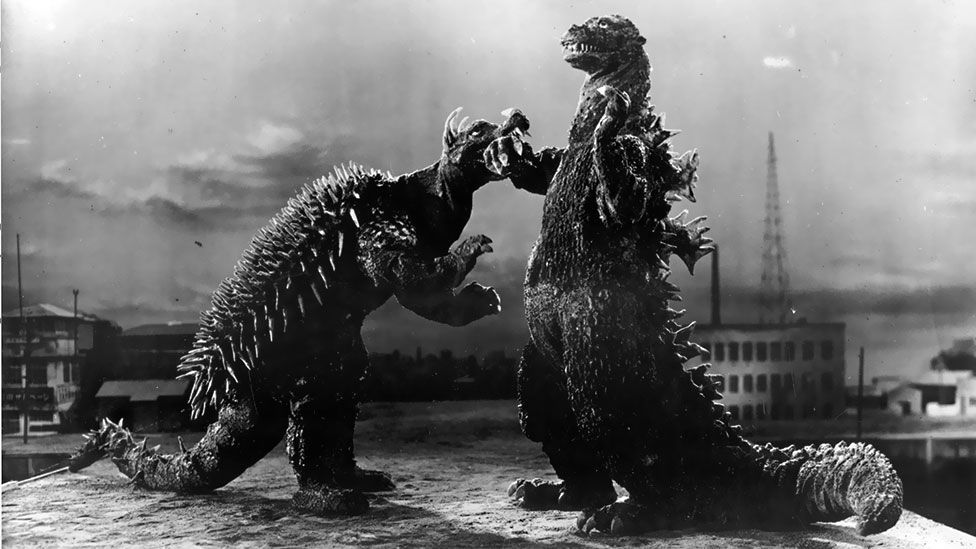 “Regarding the apocalyptic scenes, they are more likely to be linked to causes that existed before the war,” he says. Scenes of Tokyo’s destruction in the original Gojira surely awakened wartime memories from just nine years earlier in much of its audience. But deeper still may have been a fear of terrifying natural cataclysms. “Most of the [other] monsters in kaiju [also] clearly originate from historical natural disasters such as volcanic eruptions, typhoons or earthquakes. [Monster films] do not remind most Japanese audiences of nuclear power or weapons.”

From the first human footfall on the Japanese isles millennia ago, the earliest settlers must have felt they had stepped onto an angry land. Japan sits at the confluence of three tectonic plates and constitutes the  most volcanically active fragment of our planetary crust – resulting in frequent earthquakes and murderous errant waves. Today, officials warn of a long-overdue “mega earthquake” in the Tokyo region, while a number of lesser but still violent tremors rock the country every year.

Kaiju are akin to the children of the “mother of Japan” from the country’s creation myth. Consumed by fire when giving birth to her sons Kagutsuchi (incarnation of fire) and Homusubi (causer of fire), she came to comprise the volcanic lands of this raging, forever tilting archipelago.

“Godzilla has roots as a mythic personification of natural destructive forces: the earthquakes, tsunami and typhoons that have regularly struck Japan over the centuries,” says writer Patrick Macias.

“He’s a dragon-cum-dinosaur after all, not a human being or even a creature with recognisable emotions à la King Kong. So there’s a spark of the divine there, the ‘God’ in Godzilla, if you will; indifferent to the ant-like humans that inhabit this planet, [he] can easily become wrathful or a bringer of death.” 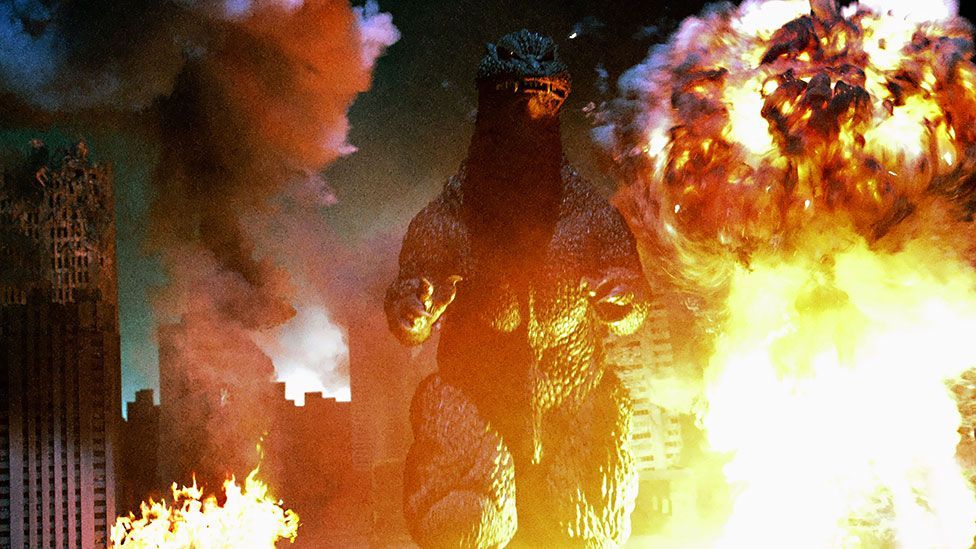 So where Western audiences sometimes see camp, B-movie destruction, those in-the-know experience something more profound. One can even read Godzilla as a contemporary take on the Hindu scripture, the Bhagavad-Gita, that emphasises atonement and selfless service. The giant lizard and a stable of fellow outlandish terrors mirror the Indian god Vishnu when he takes on his multi-armed form and says: "Now I am become Death, the destroyer of worlds." All to persuade the hero-prince of the Indian epic that he should "do his duty".

Japanese warm to these themes of self-sacrifice and redemption, says Chiba, seeing the brute as an all-too-human, natural creation – not as an “other”, like Western audiences tend to view their celluloid monstrosities.

“Probably the most difficult aspect for Westerners to understand is that at heart Godzilla is considered a force of nature by Japanese and not an oversize radioactive lizard,” says Norman England, director of the kaiju genre documentary Bringing Godzilla Down to Size. England claims the honour of being the only foreigner to have stomped about in the original Godzilla suit.

“Lizards can be killed; but nature can only be dealt with. It was one of the reasons the Roland Emmerich-directed Godzilla [1998] was such a failure with the fans. Like a lot of Westerners, he just didn’t get it.”

Perhaps for these reasons the kaiju genre continued to be popular in Japan well after Hollywood tired of a spate of monster films inspired by Cold War anxiety in the ‘50s, such as The Thing or Them. The kaiju eiga cycle never wound down in Japan as creature features did in Hollywood. Instead new Japanese audiences, who had never experienced war, were presented with fresh themes.

A younger generation embraced new monster movies that had become sci-fi action films. “Godzilla’s origin wasn’t tossed away,” says England. “It just never came up. His fights with alien invaders were of more interest to a new generation looking to distance themselves, and re-invent themselves, from the previous generation.” 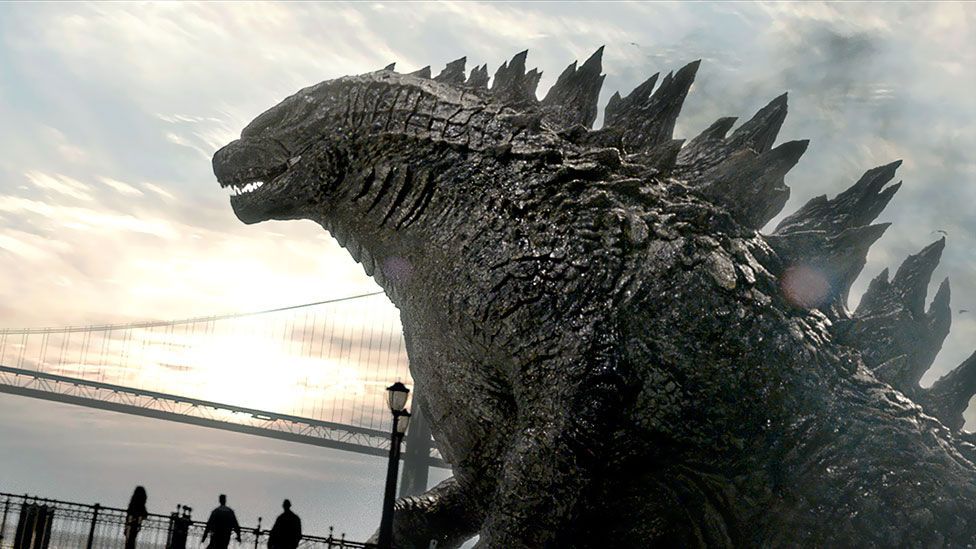 “Interestingly enough, under the continued direction of the original director, Ishiro Honda, Godzilla films spoke out against corporate greed and other human follies. And in Godzilla vs the Smog Monster (1971), Godzilla fought against a monster born of pollution.”

Godzilla even became a friend of sorts to humanity in later incarnations, leading to the cementing of the character as a universal pop-culture icon – a scaly, if unlikely, chum to children everywhere.

“I liked the fact that the films always had some sympathy for the monster. It was never purely ‘other,’” says Aaron Gerow, professor of film studies at Yale University. “The fact Godzilla contained a human actor helped that, which is one reason many Japanese hated the first American remake – Godzilla, King of the Monsters! (1956) – since it just became a monster, not a monster in which we could find something human.”

Equally there is both terror and exultation that Japanese appreciate in their kaiju – something Hollywood’s latest rendition of Godzilla may have seized on. In the new film, the beast seems to out-Godzilla the original in sheer mass. When searching for alien nature, size matters. When asked to explain the popularity of Godzilla, Chiba says: “Isn’t there a universal respect for the powerful and the sublime?”

With the new film now in release in most of the world, audiences can judge for themselves if the director, a declared 1954 Godzilla fan, “gets it right”, as he has claimed. Japan will have to wait until July. That may be a tragedy for some, but the calamity-worn Japanese are philosophical enough to endure the wait.

Between the Lines
1The bookworm’s guide to Hong Kong
culture
2When two tribes went to war
The Reel World
3How Pulp Fiction shook up film
State of the Art
4Filth or fine art?
Around the BBC