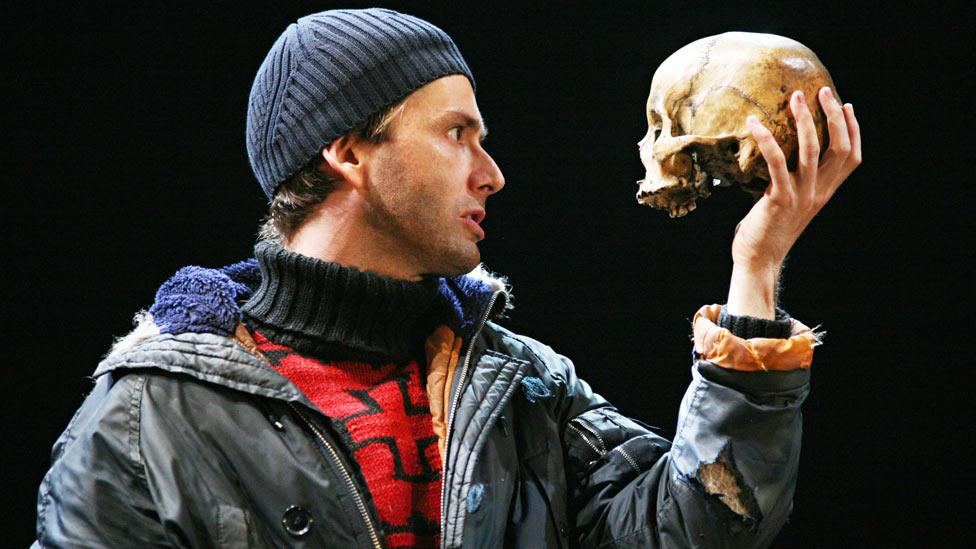 If you missed Shakespeare’s 450th birthday, you can be sure he’d have had a zinger of a putdown to sling your way. Or better yet, a whole string of them. “Thou art a boil, a plague sore, an embossed carbuncle in my corrupted blood" might just do it, borrowed from King Lear railing against his daughter, Goneril. Or perhaps he’d settle for more aloof damnation, along the lines of Orlando’s insult to Jaques in As You Like It: “I do desire we may be better strangers.”

That isn’t a wish likely to be granted to Shakespeare any time soon. Yes, his 450th birthday has been and gone already, but it’s worth noting that all over the world, people paused to acknowledge it in the first place. In fact, during his 52 years on earth, he enriched the English language in ways so profound it’s almost impossible to fully gauge his impact. Without him, our vocabulary would be just too different. He gave us uniquely vivid ways in which to express hope and despair, sorrow and rage, love and lust. Even if you’ve never read one of his sonnets or seen a play – even if you’ve never so much as watched a movie adaptation – you’re likely to have quoted him unwittingly. It’s almost impossible to avoid.

Of course, fellow artists readily draw on him for paintings, operas and ballets. Shakespeare’s influence is evident in popular as well as high culture: singer-songwriter Nick Lowe’s 1970s earworm, Cruel to be Kind, took its title from lines Hamlet addressed to his mother. “I must be cruel only to be kind,” the Prince of Denmark tells her in a wriggling kind of apology for killing a courtier and meddling in her new relationship. Hamlet also yielded the title of Agatha Christie’s theatrical smash, The Mousetrap, and Alfred Hitchcock’s evocative spy thriller, North by Northwest. And then there’s David Foster Wallace’s iconic novel, Infinite Jest, Ruth Rendell’s Put on by Cunning, Philip K. Dick’s Time Out of Joint and Jasper Fforde’s Something Rotten. That one play alone has inspired other writers in numerous genres, at far-flung ends of the literary spectrum.

And what of Shakespeare's other plays? Well, when Mumford and Sons named their album Sigh No More, they were borrowing a phrase from Much Ado About Nothing. As for Iron Maiden’s song Where Eagles Dare, how many of their fans recognise it as a quote from Richard III?

These catchy titles barely gesture to Shakespeare's influence on the minutiae of our lives. If you’ve ever been ‘in a pickle’, waited ‘with bated breath’, or gone on ‘a wild goose chase’, you’ve been quoting from The Tempest, The Merchant of Venice and Romeo and Juliet respectively.

Next time you refer to jealousy as "the green-eyed monster," know that you’re quoting Othello’s arch villain, Iago. (Shakespeare was almost self-quoting here, having first touched on green as the colour of envy in The Merchant of Venice, where Portia alludes to “green-eyed jealousy.”)

Allow yourself to “gossip” (A Midsummer Night’s Dream), and you’re quoting him. "The be-all and end-all" is uttered by Macbeth as he murderously contemplates King Duncan, and "fair play" falls from Miranda’s lips in The Tempest. And did I mention that he invented the knock-knock joke in the Scottish play?

Some phrases have become so well used that they’re now regarded as clichés – surely a compliment for an author so long gone. "A heart of gold"? You’ll find it in Henry V, while “the world’s mine oyster” crops up in The Merry Wives of Windsor.

His impact endures not only in the way we express ourselves, but how we experience and process the world around us. Had Shakespeare not given us the words, would we truly feel “bedazzled” (The Taming of the Shrew)? Had he not taught us the word “gloomy” (Titus Andronicus), would it be a feeling we recognised in ourselves? And could we “grovel” effectively (Henry VI, Part II) or be properly “sanctimonious” (The Tempest) had he not shown us how?

Victorian word expert F Max Muller estimated that Shakespeare used 15,000 words in his plays, a portion of which he invented himself by merging existing words and anglicising vocabulary from foreign languages. By contrast, Milton used a mere 8,000 and the Old Testament is made up of 5,642. Meanwhile, an unschooled agricultural worker of the day would have said all that he had to say in fewer than 300 words.

Recently, two antiquarian booksellers in the US declared that they’d found a book they believe to be Shakespeare’s dictionary. The book, which was on eBay, was a copy of John Baret’s Alvearie, a popular late-16th-Century dictionary in four languages. It’s densely annotated throughout but the clincher, they believe, is the handwritten ‘word salad’ on the tome’s blank back page, a sheet filled with a mix of French and English words, some of which ended up in Shakespeare’s plays.

Scholars have argued back and forth over just how many of these words and phrases Shakespeare actually coined, and how many he merely popularised by bedding them down in a memorable plot. In the past few years, quantitative analysis and digital databases have allowed computers to simultaneously search thousands of texts, leading scholars to believe that we may have overestimated his contribution to the English language.

According to a 2011 paper by Ward EY Elliott and Robert J Valenza of America’s Claremont McKenna College, new words attributed to Shakespeare have probably been over-counted by a factor of at least two. The OED is coming to reflect this: in the 1950s, Shakespeare’s tally of first-use citations stood at 3,200. Today, it’s around 2,000.

In some ways, this makes Shakespeare’s flair and originality all the more impressive. His linguistic arsenal didn’t contain vastly more than those of his contemporaries, and yet his are the stories we remember. Not that 2,000 is bad going, especially when so many of those words saturate our everyday speech.

How did he manage it, you might wonder? It’s partly his turn of phrase. Would “fashionable” have caught on had not set it in such a wry sentence as this in Troilus and Cressida? “For time is like a fashionable host, that slightly shakes his parting guest by th' hand." Then there’s the fact that these words are voiced by some unforgettable characters – men and women who, despite the extraordinary situations in which they tend to find themselves, are fully and profoundly human in both their strengths and frailties. It’s little wonder that critic Harold Bloom titled his 1998 book on the man Shakespeare: The Invention of the Human.