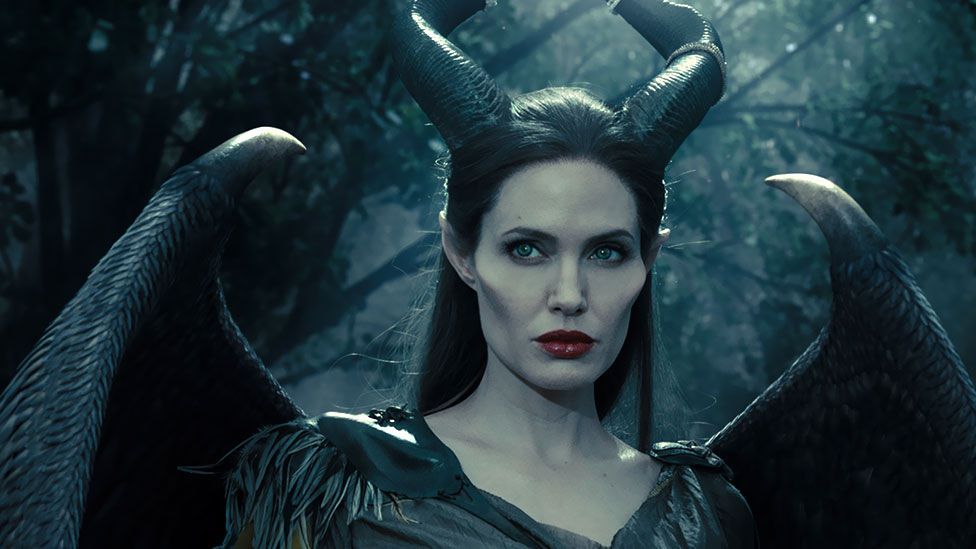 Once upon a time, an animation studio known as the Walt Disney Company cast a magical spell, allowing it to seize control of the fairy tale kingdom and grow into a multinational mass media corporation to dwarf Jack’s beanstalk. Ever since, generations of kids the world over have been raised on animated versions of stories that for centuries weren’t even written down, let alone accoutred with costly merchandise.

Maleficent, Disney’s latest bid for box office gold, seeks to restore some of the darkness to Sleeping Beauty’s story. With a budget in excess of $175m, the live-action makeover features Angelina Jolie as the badass fairy whose nefariousness is hammered home via horns, vampiric robes and prosthetically enhanced cheekbones that could cut glass. It’s from the viewpoint of this alluringly villainous anti-heroine that the narrative is retold, describing how a pure heart gets turned to stone by a harsh betrayal.

Fairy tales began as oral folk stories. They were, maven Jack Zipes notes in his essay Breaking the Disney Spell, “tales of initiation, worship, warning and indoctrination.” As such, they’re characterised by a surface simplicity. They are pure story, unhindered by descriptive passages or interior monologues, and peopled by characters who can seem decidedly one dimensional. The good are good and the bad, bad. Their imagery tends to be unsophisticated, their descriptions almost bland: forests are deep, princesses are beautiful and so on. To quote Philip Pullman, writing in The Guardian about his endeavour to retell some of the most popular, “there is no psychology in a fairy tale.”

Tell that to Freud or Jung. There may be no explicit psychology, but peer a little closer and their psychological traits become as hard to ignore as Pinocchio’s schnozzle. Just think of the way mirrors are used to reflect their viewers’ inner selves, as in Snow White, or the use of dream states like Sleeping Beauty’s. 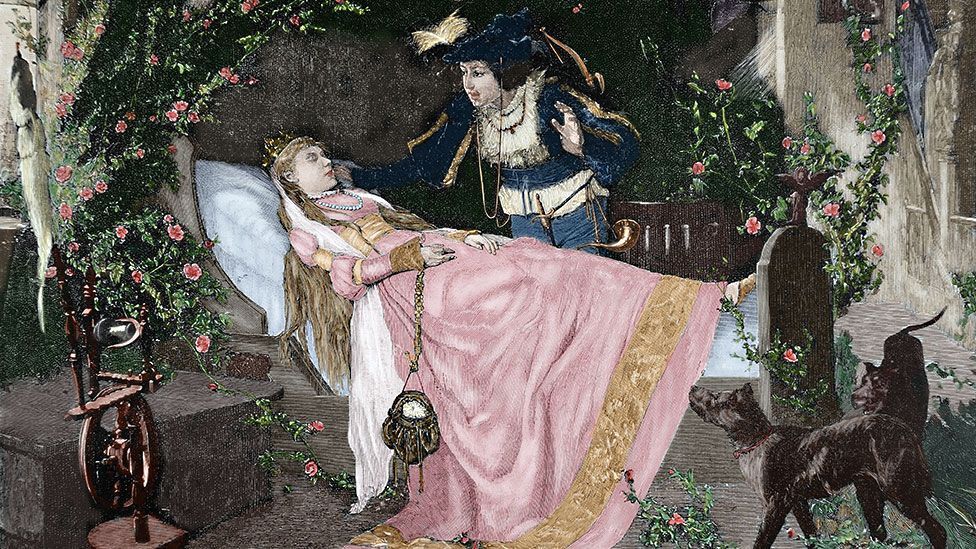 The Sleeping Beauty. The Miracle of Love. (Prisma Archivo/Alamy)

And that’s barely the beginning where this particular story is concerned. The virginal princess, the pinprick of blood, the thorny briar hedge that springs up around her and blooms for the prince: it positively oozes psychological symbolism. If the spindle symbolises penetration, then the spilled blood suggests menstruation and the bush is,  well, a vagina. A vagina with teeth, no less, that will emasculate any prince who tries to breach it too hastily.

The stories that are best known today were collected and set down by enthusiasts like the Brothers Grimm, ETA Hoffman and Hans Christian Andersen. In so doing, they codified tales that had always been in flux, passing from teller to teller, acquiring and losing details as in a game of telephone. But once they existed in written form, they became texts that scholars could parse, and for Freud and Jung, they were as productive as the goose that lay the golden eggs.

Both men had their theories as to why these narratives resonate so profoundly in the human psyche. For Jung, their characters are archetypes, and the reason they might seem one-dimensional is that they each represent different facets of our personalities. For Freud, fairy tales stemmed from the same place as dreams, and motifs like forests and thorns indicated repressed desires and wish-fulfilment fantasies. Freud being Freud, these are frequently sexual in nature.

His thinking strongly influenced psychoanalytic theorist Bruno Bettelheim, whose book The Uses of Enchantment became a hit in the late 1970s. In it, he describes how the forest in The Two Brothers “symbolizes the place in which inner darkness is confronted and worked through; where uncertainty is resolved about who one is; and where one begins to understand who one wants to be. Since ancient times the near impenetrable forest in which we get lost has symbolized the dark, hidden, near-impenetrable world of our unconscious.” 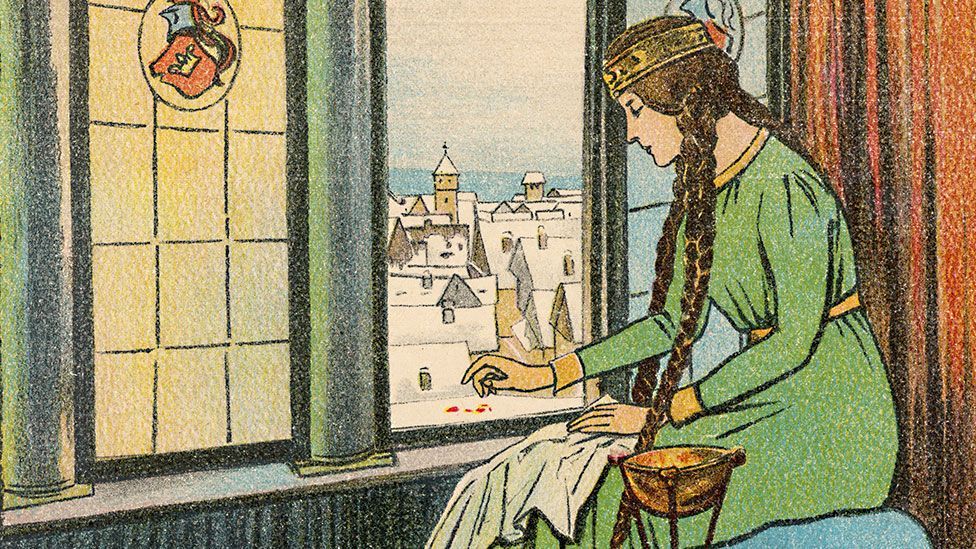 Since his suicide in 1990, former patients’ accusations of physical and psychological abuse have cast a shadow over Bettelheim’s views but fairy tales remain popular in psychoanalytic circles, where shape-shifting – transformations from frog to prince or from girl to bird – is cast as an allusion to multiple personality disorder, and the impossible tasks that protagonists face – spinning gold from straw, say – as examples of the double-binding found in dysfunctional families. And that’s to say nothing of fairy tales’ daddy figures, who are ineffectual, ogreish or merely absent.

Adaptability is one of the fairy tale’s secrets of survival and there are feminist readings (Beauty and the Beast is a parable about women’s self-sacrifice in a patriarchal society), Marxist readings (Snow White’s seven dwarves epitomise the peasant classes, surviving by dint of hard work and solidarity), even Nazi propaganda readings (the prince must wake the sleeping Aryan beauty from the dense hedge of Jewish and Communist conspiracies). But it is definitely possible to do too much delving, which is why it’s refreshing to see these time-worn tales used as a jumping off point for new stories, of which Maleficent is just the latest. Earlier this year, Helen Oyeyemi, one of Granta’s Best Young British Novelists, retold Snow White in her mischievous fifth novel, Boy, Snow, Bird, braiding themes of race, gender and ethnicity without sacrificing any of the magic that we associate with the form.

Meanwhile, Michael Cunningham, the Pulitzer Prize-winning author of The Hours, references Hans Christian Andersen in the title of his new novel, The Ice Queen, which is all about a struggling musician, his gay brother and his dying girlfriend. His next book, due to be released next year, is a collection of short stories that retell fairy tales. 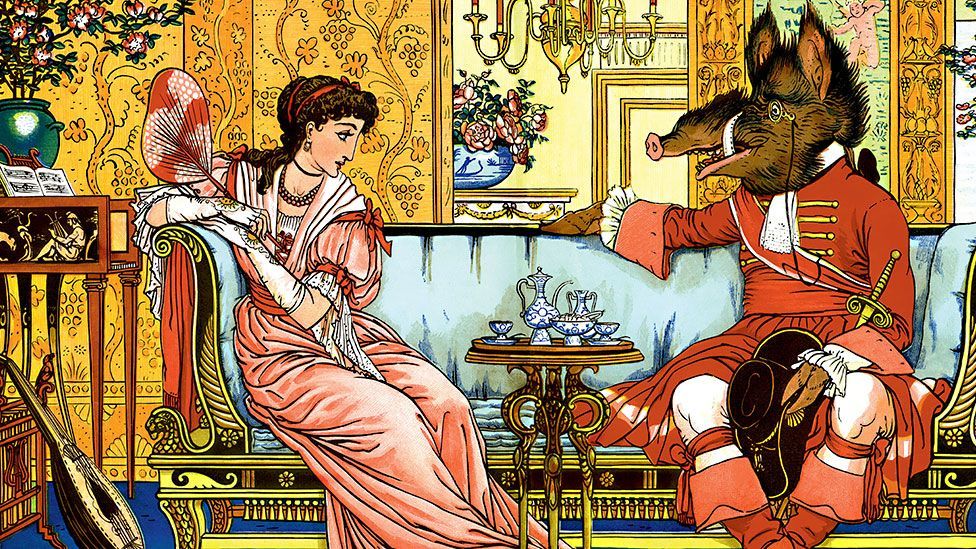 “They’re various but the overriding notion is, what was really going on there? Those of us who were raised on the Disney versions are sometimes shocked to see the kind of murder and mayhem that was excised from the animated stuff. Fairy tales are dark and intense and strange,” Cunningham tells me.

If returning to the originals can be disturbing, the sources that inspired them should probably come with trigger warnings. It’s Charles Perrault who is responsible for much of what we know about Sleeping Beauty, but he drew in turn on an Italian tale called Sun, Moon and Talia, in which a fair maiden falls into such a deep sleep that a passing king rapes her and impregnates her with twins to whom she gives birth, all without waking. She’s roused only when one of the infants accidentally suckles on her finger rather than her breast. It’s enough to put a hapless reader into therapy.