Loading
Literature
My Salinger Year: How reading shapes our lives
Share using EmailShare on TwitterShare on FacebookShare on LinkedinShare on Whatsapp 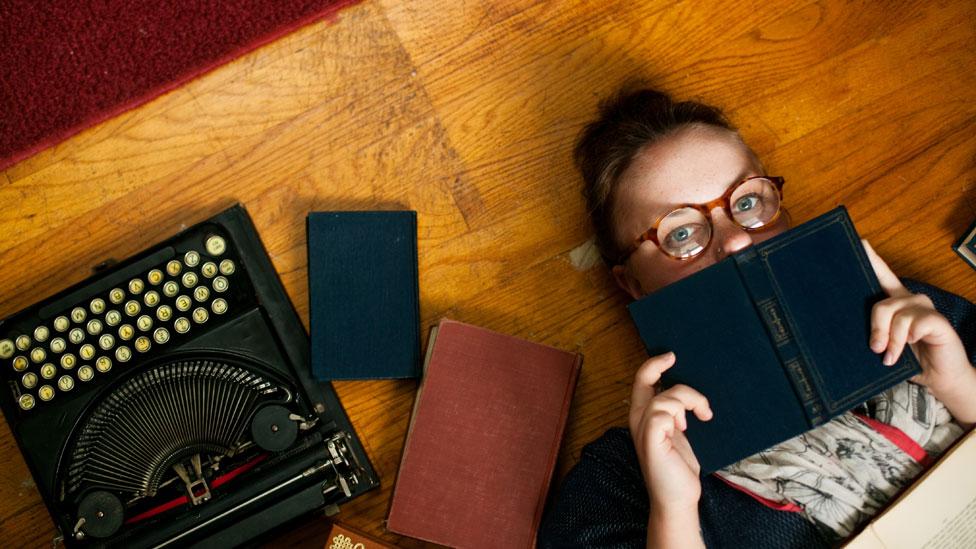 By Lucy Scholes 21st October 2014
Joanna Rakoff’s My Salinger Year is the latest ‘bibliomemoir’ – a mix of criticism, biography and memoir. Lucy Scholes explains why the genre is taking off.
I

In 1996, at the age of 23 and harbouring dreams of becoming a poet, Joanna Rakoff found a first job as an assistant at one of New York’s old-fashioned literary agencies. “We need to talk about Jerry,” her boss tells her on her first afternoon in the office. Rakoff is bemused. The only Jerry she can think of is Seinfeld, but he seems like an unlikely candidate, especially considering the specificity of the instructions that follow – whoever it is, fans, graduate students, even film producers seeking rights, “never, never, never give out his address or phone number. Don’t tell them anything. Don’t answer their questions. Just get off the phone as quickly as possible.” It’s only after Rakoff returns to her desk and her eyes momentarily rest on a row of titles “so ubiquitous on the contemporary bookshelf I barely noticed them”, that she realises who this mysterious “Jerry” is: America’s most famous living author, JD Salinger.

Rakoff’s My Salinger Year offers a glimpse into a bygone age of publishing. A plush carpeted, wood-panelled, gloomy office; a boss swathed in mink; Dictaphones and typewriters; martini lunches that would give Don Draper and co a run for their money. As well as deterring unwanted callers, one of Rakoff’s main jobs is to answer Jerry’s ever-mounting fan mail. There’s a curt, discouraging template to follow, but after a short while she abandons this in favour of her own more individually tailored responses. If this were a novel, an epistolary friendship, perhaps even a romance, would blossom, but real life is far crueler – it comes as no surprise that the letter writers aren’t hugely interested in the musings of a 23-year-old nobody – they want to engage with the great man himself.

Nor does Rakoff strike up any real relationship with Salinger. She speaks to him on the phone a few times – he’s deaf so he shouts a lot, and gets her name wrong – and they exchange a few pleasantries during his one visit to the office during her time there, but that’s it. Indeed, pernickety readers might take umbrage with her title, claiming no mere walk-on, walk-off character deserves such top billing, but Salinger’s presence – both personally and in the form of his fiction, not to mention the reams of fan mail he inspires – legitimises Rakoff’s work, elevating the text to the dizzy heights of ‘bibliomemoir’.

A life in books

Eloquently summed up by Joyce Carol Oates in the New York Times in January as “a subspecies of literature combining criticism and biography with the intimate tone of an autobiography”, the bibliomemoir is the hottest new genre in town, and the most flexible to boot. My Salinger Year is weak on the criticism and straight biographical elements, but that’s the glorious thing about bibliomemoir: it bends itself to the individual author’s needs. The basic premise is always the same – a meditation on how reading shapes our lives, and our lives shape our reading – but within this the scope can be wide or narrow. Some bibliomemoirs account for an author’s entire life in books: Rick Gekoski’s Outside of a Dog, for example, a gossipy account of 25 books that shaped his life as he stumbled through ill-fitting career and marriage choices; Francis Spufford’s The Child That Books Built, his examination of his childhood literary experiences and the long-lasting impact these worlds and characters had on his formation as a man; or Samantha Ellis’s joyful romp through the female protagonists of her youth in How to Be a Heroine: Or, what I’ve learned from reading too much, that ranges from Cathy Earnshaw, through Jo March and Anne Shirley, and even the Little Mermaid.

Others are a close study of a single formative text. Oates’ definition of the genre, for example, was taken from her review of New Yorker staff writer Rebecca Mead’s My Life in Middlemarch, a beguiling hybrid of literary criticism, biography and personal memoir that offers a compellingly fresh and vivid appreciation of one of the great Victorian novels and its author. Though even within this subgenre, the blueprint is surprisingly malleable. Take Geoff Dyer’s Out of Sheer Rage: In the Shadow of D H Lawrence, a text born out of Dyer’s attempts to write a study of the British writer, but actually a confessional account of procrastination and inertia. A self-confessed ‘wild book’ – it’s a book about not writing a book – it lacks conventional shape or scope, but it works. Then there’s the likes of Elif Batuman’s The Possessed: Adventures with Russian Books and the People Who Read Them, part-memoir, part-literary criticism, part-travelogue. The same could be said of the works of Olivia Laing: To the River: A Journey Beneath the Surface is her account of walking the River Ouse, from source to sea, interweaving stories of Virginia Woolf (who drowned there), the landscape and her own memoir; The Trip to Echo Spring: On Writers and Drinking, blends six studies of alcoholic American authors, Laing’s road trip across the US and her own experiences of alcoholism in her family.

One of the most interesting things about these works is that they show how pliable biography can be. The ever insightful Janet Malcolm offers a wonderful image of traditional biography in her essay on the Bloomsbury Group, A House of One’s Own, that sums up its limitations so succinctly: “The genre (like its progenitor, history) functions as a kind of processing plant where experience is converted into information the way fresh produce is converted into canned vegetables. But, like canned vegetables, biographical narratives are so far removed from their source – so altered from the plant with soil clinging to its roots that is a letter or a diary entry – that they carry little conviction.” Books of letters, she explains, “move us as biographies do not”. We read a book of letters and we “understand the impulse to write biographies, we feel the intoxication the biographer feels in working with primary sources, the rapture of firsthand encounters with another’s lived experience. But this intoxication, this rapture, does not carry over into the text of the biography; it dies on the way.” As Mead puts it in My Life in Middlemarch, “when a reader is grasped and held by a book, reading does not feel like an escape from life so much as it feels like an urgent, crucial dimension of life itself”.

Just like Salinger in Rakoff’s text, Eliot’s presence legitimises Mead’s foray into autobiography– “I would not have written a memoir without writing through the prism of Middlemarch – I didn’t have anything to write about,” she tells me. “The question of how much memoir a biography should contain is one of the more interesting writing questions of the 21st Century,” declares Sarah Cheever, the author and biographer of the poet EE Cummings. “I think biography is about to come crashing over, and it’s going to be enhanced by memoir,” she continues. “Magazine profiles have already gone over to the idea that part of writing about a subject has to be writing about the person who’s writing about the subject. In my mind, this is great, because when I’m reading a biography, I want to know who the person who’s writing the biography is.” Indeed, to return to Malcolm for a moment, this is exactly what we see in her own work; what sets her apart from other essayists and journalists is that each piece she writes is just as much an account of the process of researching and writing she has undergone as it is the resultant portrait of her subject. This is what bibliomemoir offers; at the heart of each text is the meeting of biography and memoir, and the promise of something uniquely personal. But is there not, as Oates suggests in her review of Mead’s book, “something self-limiting if not solipsistic about focusing so narrowly on a single novel through the course of one’s life”? Isn’t Rakoff’s actually not-so Salinger year just a hyperbole? That’s what makes these books a “good sell”, says the author and critic Benjamin Lytal : “the fantasy it offers, like true love, of a one-to-one relationship with a book.”

Although it clearly demonstrates key aspects of the genre, My Salinger Year is actually more of a manifesto for the bibliomemoir. Rakoff arrives at the agency never having read any of Salinger’s work, and is drawn into his myth not by the man himself, but by his fan mail. The letters arrive from all over the world, missives “far longer” than Rakoff had expected: veterans, “confiding in Salinger about their experiences during the war … the sense that no one understood what they’d undergone, no one except Salinger … They wanted Salinger to know, to understand, all this, they explained”; tragic letters “from people whose loved ones had found solace in Salinger during their years-long struggles with cancer”, or those who turned to his work during their own grief; and, of course, the teenagers, “expressing a sentiment that could be summed up as ‘Holden Caulfield is the only character in literature who is truly like me.” As she reads these letters, Rakoff is captivated by the intensity of the relationships their writers have formed with a man they’re never met, all through the medium of his fiction. My Salinger Year shows us that the relationship a reader forms with a text and its author can be as all-consuming as the most passionate of real-life encounters. Undergoing, as Mead puts it, a “profound experience with a book”, makes for a heady adventure, but, as the rise of the bibliomemoir shows, reading about someone else’s literary affair is just as captivating.