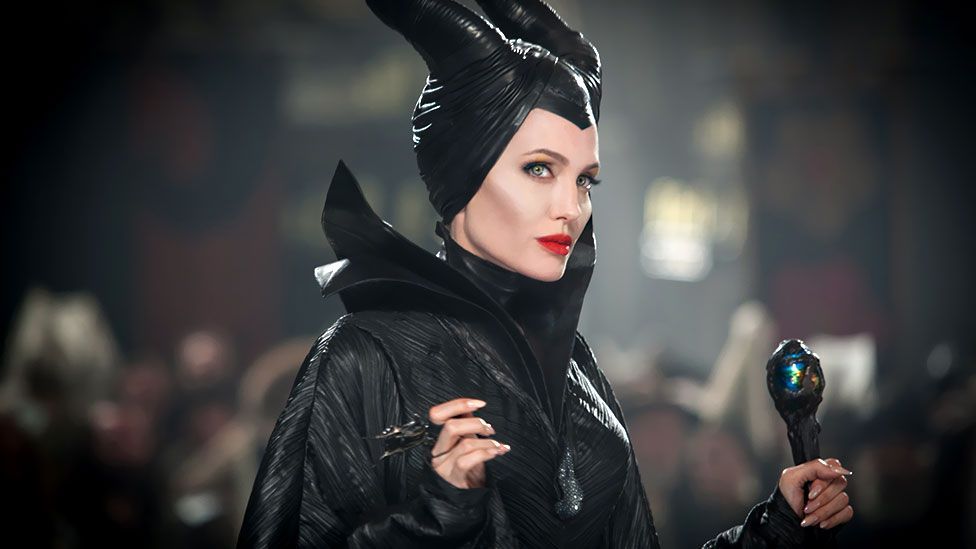 By Nicholas Barber 21st October 2014
In films and TV shows, despicable characters are taking centre stage. Nicholas Barber investigates why we love to hate villains – and what this says about us.
F

From a distance, Maleficent seems like Disney’s most daring film. The company, after all, made its fortune from squeaky-voiced rodents and winsome princesses, so it’s quite a departure to take the nightmare-inducing antagonist from Sleeping Beauty and turn her into a misunderstood heroine. Look a bit closer, though, and it’s clear that the company is actually following a significant trend. In films and television series everywhere, villains are taking centre stage.

In the past four years, two live-actions version of the Snow White story – Mirror Mirror and Snow White and the Huntsman – have featured an Oscar-winning A-lister in the role of the wicked stepmother. Meanwhile, three cartoons (Megamind, and Despicable Me 1 and 2) have had a supervillain as their leading man. Mark Millar, the writer of Kick-Ass and Wanted, has scripted a graphic novel about another supervillain, Nemesis, which is now being adapted into a film. And the makers of the Spider-Man movies are planning two separate spin-offs dealing with Spider-Man’s arch-enemies, The Sinister Six and Venom. Villains, it seems, are the new heroes. 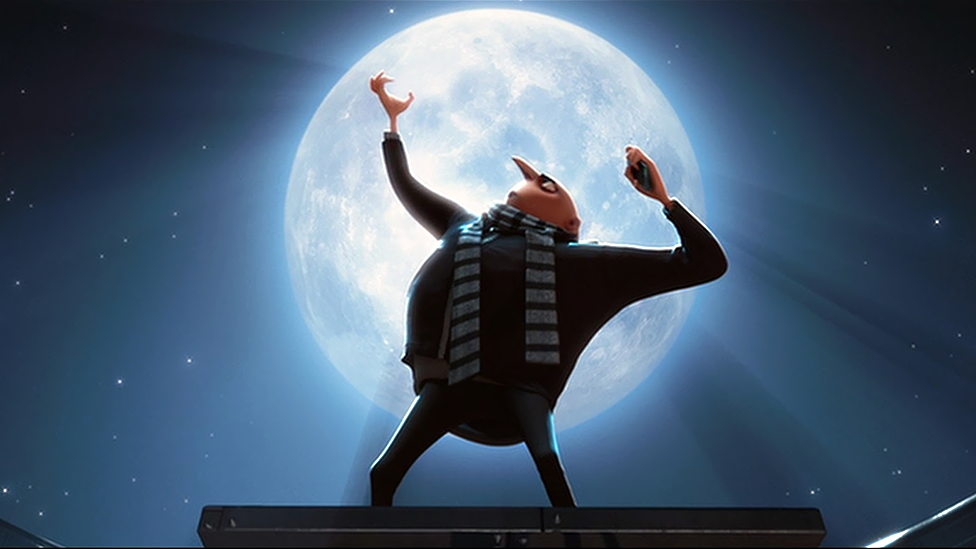 “There is a long history of the romantic or glamorous villain throughout literature and film,” says Dr Stacey Abbott at London’s Roehampton University. “Universal horror films were built on the attractive and sometimes sympathetic monster, and Christopher Lee was a very alluring and fascinating villain for Hammer. But I agree that it is a particularly popular trope at the moment. The new series of Jaguar advertisements with Ben Kingsley, Tom Hiddleston and Mark Strong is an excellent example. The slogan is ‘It’s good to be bad’, and they’re all about glamourising the classic British movie villain.”

As the saying goes, the Devil has all the best tunes. And in the movies, the Devil usually has all the best lines, too. “In children’s media, especially, villains have always tended to be more interesting and more adult,” says Dr Luke Seaber of University College London, the editor of the anthology Villains and Heroes or Villains as Heroes?. “There’s only so much one can do with a beautiful princess or a handsome prince; whereas villains have a far wider range of moods and actions available to them. In that light, the current lionising of cartoon villains appears to have something to do with a perceived shift in audience. Just as the Harry Potter books came out with ‘adult’ covers, other entertainment which was once aimed solely at children, such as cartoons and superhero movies, is now being aimed at adults, too. That’s why the baddies – more interesting, wittier, ironic, knowing – are taking on greater prominence.”

But if villains are in vogue on the big screen, the small screen is where they’re really at home. NBC’s Hannibal revolves around everyone’s favourite cannibal. A&E’s Bates Motel recounts the boyhood of the knife-happy Norman Bates from Psycho. On NBC again, The Black List stars James Spader as a master criminal who’s assisting the FBI. And such new American series as Power, Gang Related and Crossbones all spotlight characters we wouldn’t like to meet in a dark alley. To paraphrase the Rolling Stones, television expects us to have sympathy for the devil, several times a week. 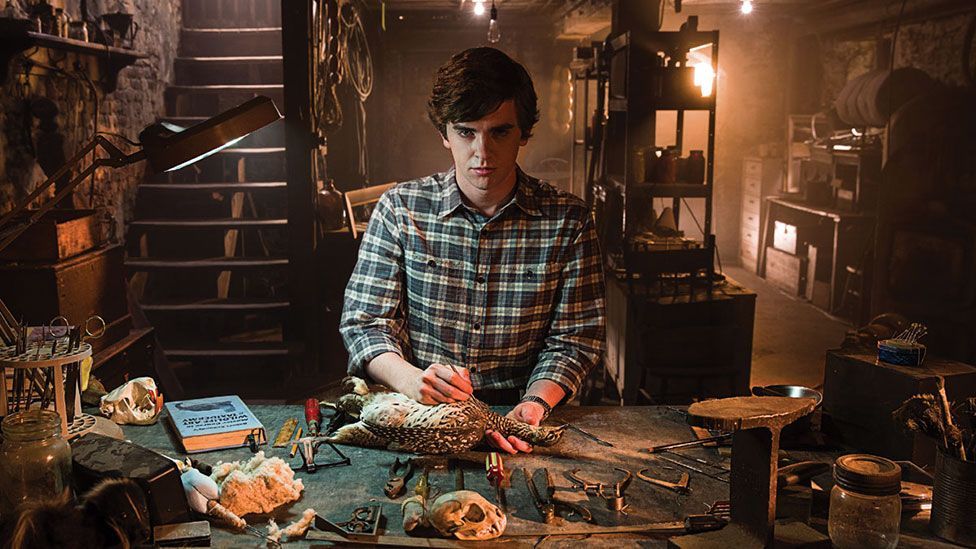 “The new emphasis on villains is a response to long-form storytelling,” says Dr Keith M Johnston, a media studies lecturer at the University Of East Anglia. “Over the past decade, there’s been a shift away from story-of-the-week television, in which every episode stands on its own, towards longform television, in which one story can last a whole series or more. And that means you have to create psychologically rich characters. You can’t just have the villain twirling his moustache and announcing that he wants to blow up the world. There has to be more to it. So there’s been a move within television drama to ‘psychologise’ the villain in more complicated terms. The next step after that is to see if the villains can support the narrative on their own. It’s a way of taking a genre and giving it a twist, and the new cable channels have allowed creators to push the limits in a way that they couldn’t have done on the old networks.”

Better the devil you know

This baddie-centric approach has resulted in some of television’s most acclaimed dramas in recent history. The Sopranos peered into the murky psyche of a homicidal gangster, for example, and Breaking Bad was built on the conceit that its hero would slowly but surely mutate into its villain. As lauded as these series are, though, the question remains: why should viewers want to spend time with such unsavoury characters? Isn’t it a bit weird to be cheering on an axe-murdering maniac? Dr Margrethe Bruun Vaage, a lecturer at the University Of Kent, believes that today’s television is adept at making us do just that. “The long timespan of a television series activates some of the same mental mechanisms as friendship,” she says. “In real life, we turn a blind eye to a friend’s moral flaws because we feel we have a connection to them, and we can develop affection for television characters in the same way when we see them week after week. Rationally, we do not condone what they do, but intuitively we engage with them. Besides, we’re all morally flawed in some sense, so it can be reassuring to see someone onscreen who’s even more morally flawed than we are!”

Another factor in this trend is “fan fiction” – that is, unofficial stories set in the universe of a particular film or TV series, and written by its most obsessive aficionados. “Most fan fiction tends to be about the heroes,” says Johnston, “but there’s a subset that explores the other characters, including the villains. There’s a huge swathe of Star Trek fan fiction about the Klingons, for instance. And now the more traditional media are catching up. A lot of the people making new shows grew up with fan fiction, and they’re thinking, ‘Yes, we can do stuff with the heroes, but let’s look at the darker, more complex characters as well.’”

It’s not just fans and boundary-pushing TV dramatists who are drawn to such under-used characters, however – it’s studio executives, too. “My cynical view is that it’s all about intellectual property,” says Johnston. “Sony owns the film rights to Spider-Man, and Disney owns the rights to its fairy-tale characters, so they’re very cleverly saying, ‘The villains have become identifiable, how can we exploit them? How can we create new products with these characters?’”

So these films and TV series are actually just a way for corporations to squeeze even more money from their cash cows? Now that really is villainous...