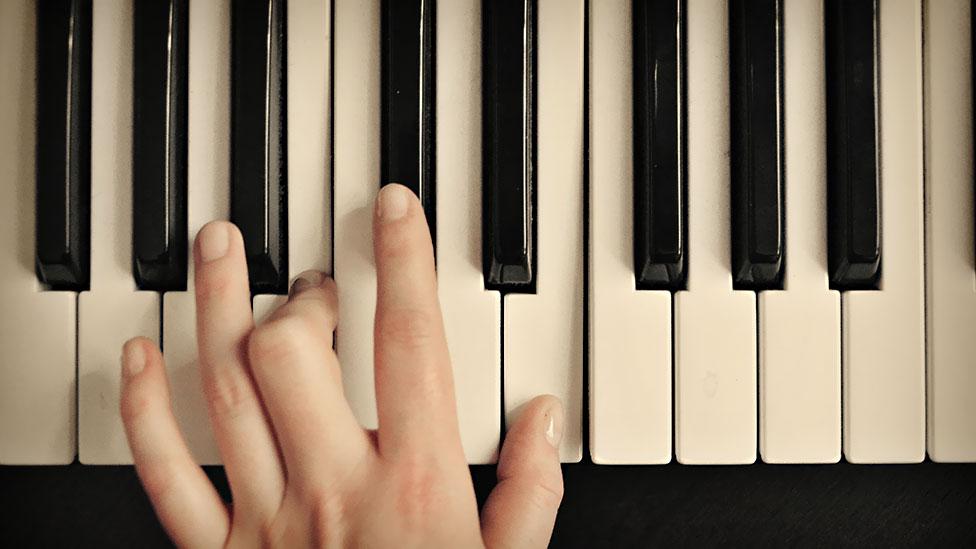 They say that youth is wasted on the young, but it’s nothing compared to piano lessons.

When I look back at my younger self and remember how I battled against learning the instrument and how quickly I gave it up, I’m gnawed at by rage. Why, why didn’t I practise when I had the chance? And why do I find myself in my thirties, suffering the mortification of learning the piano again, the indignity of being rubbish at something my eight-year-old self could do, the sheer misery of the difference between how I want something to sound and what actually happens when I play?

The only consolation I can take from this is that I’m not alone. I often hear from listeners on my BBC Radio 3 Breakfast show who say they’re revisiting in adulthood the instruments they gave up as children, and it’s invariably the keyboard to which they return. Guardian editor Alan Rusbridger recently wrote a beautiful book – Play It Again: An Amateur against the Impossible – that explores the year he spent learning Chopin’s No Ballade 1, aged 56. And he was just one of the many high-profile amateur pianists, including actor Simon Russell Beale and the former UK Chancellor of the Exchequer, Ed Balls, who were persuaded to tackle Schumann’s Kinderszenen (Scenes from Childhood) live onstage at a concert in London last year.

So what’s behind this trend, I wonder? Why are so many otherwise sane adults submitting themselves to the strictures of daily scales and arpeggios and asking the terrifying question of whether an adult brain is still plastic enough to learn – and memorise – some of the most complex music ever written?

“It’s an overriding passion, not just for the music [but] for the challenge,” reckons Lucy Parham, the leading concert pianist who taught Rusbridger his Chopin. “And the challenge is constant: there’s always a harder piece, you can always take it to the next level, you’re never finished. But there’s also the fact that the piano is your friend; it’s always there. That gathers more significance as you get older: what you can express through it, in a personal language, becomes incredibly important.”

This is certainly true for British actor and director Samuel West, who tells me he recently bought himself a “proper” piano again, and has started practising daily for the first time in 30 years. “As an adult you’re much more knowledgeable about your own moods, so it becomes much more possible to use music as a way to express yourself,” he says. ”"If I have a little piece I can play, I can listen to myself better, I can express myself better. That’s entirely a function of being older, and that’s a joy.”

West, also an amateur cellist, had nurtured a desire to master the Aria from Bach’s Goldberg Variations for as long as he could remember. “It was something I felt I really ought to know. It’s simple, but it’s difficult and complex enough to keep me going until I die. Consider Glenn Gould: he rarely ever recorded the same piece twice, but he famously re-recorded the Goldberg Variations when he was older, despite having had huge acclaim when he was twenty-three. He didn’t feel he’d said enough.”

West would be the first to admit he is no Glenn Gould. Didn’t he find the learning process maddening, given how out of practise he was? “The fascinating thing is how much my hands remembered,” he says. “When you’re small you learn faster, your hands are more adept, it’s just much, much easier; as an adult, the fear that getting back to any kind of match fitness will take forever is a bit depressing. But it’s worth it: I got myself a piece I’d wanted to learn and I taught it to myself and that was really satisfying. Even if my fingering was rubbish.’

An easy reward for the amateur pianist lies in the fact that, unlike a violin or cello, the keyboard is percussive. While the instrument certainly has its challenges – around 88 of the damned things – at least when you strike a key, you know what note will sound. “With the piano you can play small things beautifully because you don’t have the tuning challenge,” Parham points out. “That makes it slightly more doable, and intellectually, people like it very much. When you learn as a child you do it because, say, your mum makes you go to piano lessons. But when you make the conscious decision to learn as an adult you’re paying with your hard-earned cash and time.”

Then there is what Parham calls “the de-stressing element”. She cites one of her students, a banker, who travels constantly for his job but is learning a fiendishly difficult Schubert sonata. “Instead of reading endless emails on the plane, he’s downloaded the score onto his iPad and he studies that,” she says. “He loves it.” Gripped as we are by the supposed wonders of daily ‘mindfulness’ meditation – apparently even Wimbledon champion Novak Djokovic is a fan – it’s intriguing that Rusbridger describes practising the piano in similar terms. On the mornings he plays before heading into the office, he notices an increased zing and focus for the rest of the day. “With other people it’s yoga or a run or a burst in the gym,” he writes. “Twenty minutes on the piano has the same effect for me. Once it’s in the bank I’m ready for more or less anything the day can throw at me. Without it, things are harder.”

This perceived magical effect is grounded in hard science. Ray Dolan, one of the many neuroscientists Rusbridger talked to in an attempt to understand what was happening to his brain during his Chopin year, explains that whenever Rusbridger plays the piano, his brain is liberated from the “explicit… over-representational mind” of his day job. That has advantages not just for his brain but for his body. He goes through the piano days calmer; everything benefits.

But perhaps above all else, there is the sheer joy of playing. My decision to get back to the piano was inspired in part by the lovely things that happened whenever I walked past one of the pianos that street artist Luke Jerram placed all over New York as part of his project Play Me, I’m Yours, launched in London in 2009 and so popular it was subsequently rolled out it in cities all over the globe. “The piano is such a great communal thing, such a great bringer together of people, even if you can only play the simplest thing,” Parham says. “It makes me sad that more people don’t get back to it as adults for the simple fear of not being good enough. They’d never think that about sport: people pick up a tennis racket or kick a football about even though they know they’re no Andy Murray or David Beckham. I’d like to start a campaign: just do it!”