Loading
State of the Art | Contemporary art
Corporate collections: The greatest art you can’t see
Share using EmailShare on TwitterShare on FacebookShare on LinkedinShare on Whatsapp 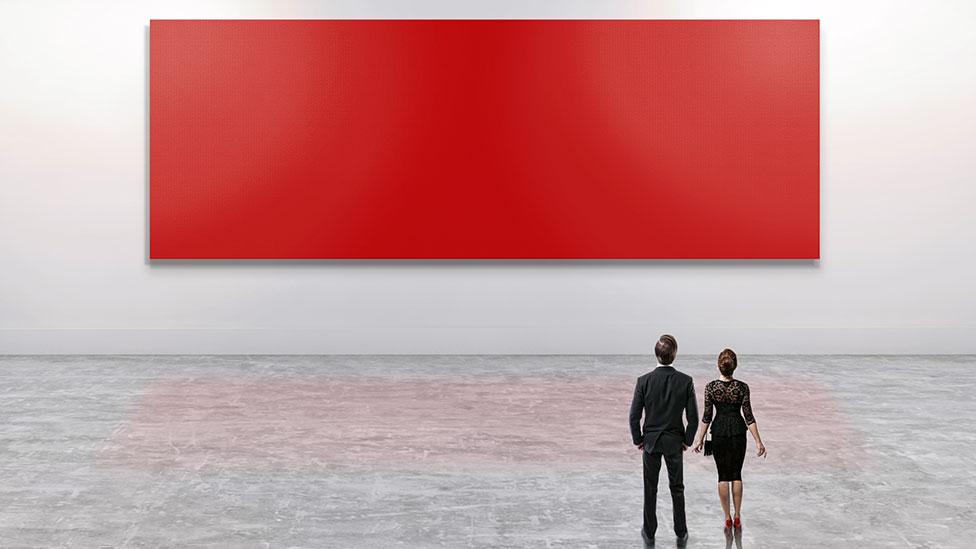 By Alastair Sooke 14th August 2014
Companies are buying up works from Richter, Basquit and other recent masters to impress clients. Is it just conspicuous consumption? Alastair Sooke reports.
I

I am standing in a private dining room on the seventh floor of the London offices of UBS, the global financial services firm. A table is set for lunch, with a menu promising bresaola with caponata followed by roast lemon sole. Before the powerful guests arrive, though, I am whisked away. As I go, my eye is drawn to some art hanging on the wall: a pair of rare, large watercolours by the contemporary Danish artist Olafur Eliasson. These are just two of the 32,000 objects that make up the UBS Art Collection, which includes paintings, photographs, drawings, prints, video works and sculptures from the last 50 years.

Corporate art collections are hardly a new phenomenon. In the late 1950s, the American plutocrat David Rockefeller decided that Chase Manhattan Bank should start acquiring art. A decade later, Flemings bank, which was eventually sold to Chase Manhattan in 2000, began building up a notable collection of Scottish art, now housed in the Fleming Collection in London’s Berkeley Square. Today, Deutsche Bank boasts the largest corporate art collection in the world, with more than 57,000 paintings, photographs, prints and drawings, including Gerhard Richter’s Abstract Painting (Faust), which hangs in the firm’s lobby on Wall Street.

But the UBS Art Collection, which contains an artwork for every two employees in the firm’s global workforce of around 60,000 people, is recognised as one of the most impressive corporate art collections of them all. Insured for hundreds of millions of dollars, it has many highlights, including major paintings by Jean-Michel Basquiat, Lucian Freud, Roy Lichtenstein, Brice Marden and Christopher Wool. Aspects of the collection have been shown at the Museum of Modern Art in New York and Tate Modern in London.

Combined with an extensive sponsorship portfolio, including support of the annual Art Basel fairs and collaboration with the Solomon R Guggenheim Foundation, the UBS collection ensures that contemporary art is an essential component of the company’s public identity. But what I want to know is: why do companies such as UBS bother with collecting expensive modern and contemporary art at all? What’s in it for them? 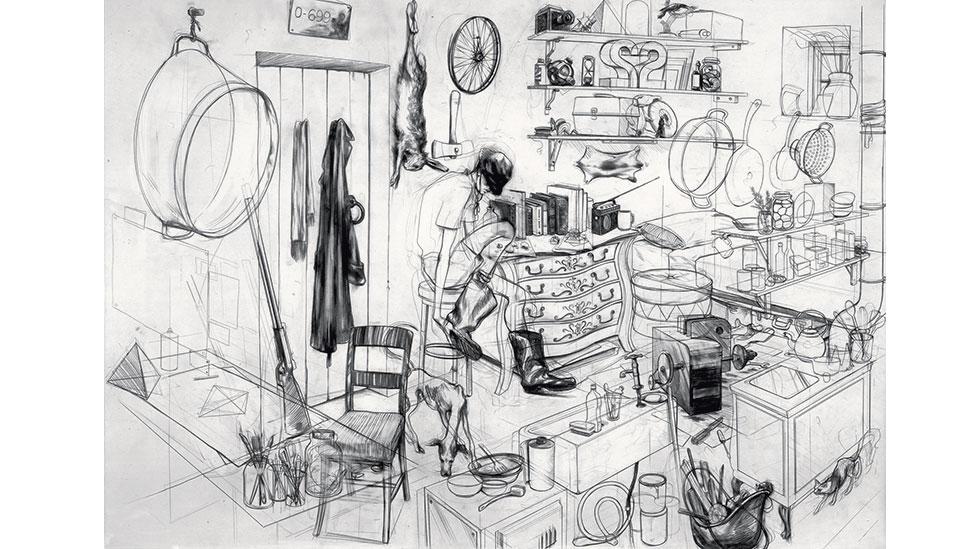 “Art gives the business personality,” explains Stephen McCoubrey, one of the curators in charge of the UBS Art Collection, over coffee. “When you walk into these rooms, they are pretty much all done by the same handful of fit-out architects from one company to another. What makes them unique – what makes this the UBS office and not the Credit Suisse or Goldman Sachs office – is the art on the walls and the people sitting here.”

McCoubrey says that the collection is divided in two parts. One consists of lower-value artworks decorating regular office space in UBS’s 850 buildings around the world. The other comprises swankier art shown to clients whom UBS wishes to impress.

“Imagine you want to send out a simple message that you have good taste,” he says. “You could do that with 19th century paintings, good design – all sorts of visual cues. But contemporary art represents a company as dynamic, active and growing – as being part of the world today – and it sends that message to everybody who comes in.”

As UBS’s business has grown (it now has offices in over 60 countries), so the global diversity of the artists in its collection has increased. Recent acquisitions, for instance, include photography by the Chinese artist Yang Fudong. “Look at the way that contemporary art has changed in China, India or Latin America,” McCoubrey says. “That helps to tie together a huge organisation spreading around the world at a not dissimilar pace.”

McCoubrey earmarks his annual acquisitions budget, which runs to the late hundreds of thousands of dollars, for new art, rather than speculating at auction or buying on the secondary market. “By collecting in a way that benefits artists rather than dealers and auction houses”, he explains, “that hopefully makes us a more interesting player than simply a wall-filling corporate collection that every few years, when it moves into a new building, walks into a couple of art dealers and says what have you got in storage.”

Still, this “ethical” approach to collecting hasn’t prevented some criticism over the years. When Roberta Smith, an art critic for The New York Times, reviewed a show of works from the UBS Art Collection at the Museum of Modern Art in 2005, she noted the “flatness” and “familiarity” of the exhibition. “It all seems too pre-approved and risk-free,” she wrote. Certainly, several of the pictures that I saw in UBS’s London offices felt decorative, timid and even downright mediocre.

But isn’t this the nature of corporate art collections? Of course they prize decorative art, because they need to fill acres of wall space and brighten up drab offices without distracting or upsetting employees. As a result they are likely to follow established conventions of good taste and steer clear of anything that might rock the boat. To put it kindly, they are more likely to be brilliant in parts rather than as a whole.

“One of the most striking qualities of contemporary art is its ability to shock, outrage, and provoke its audience,” art historian Jack Flam once wrote. Since these are characteristics that seem to be in direct opposition to the kind of public image that a large corporation seeks, it might seem anomalous for a corporation such as Paine Webber [the American brokerage firm with a remarkable art collection acquired by UBS in 2000] to be collecting contemporary art at all.” 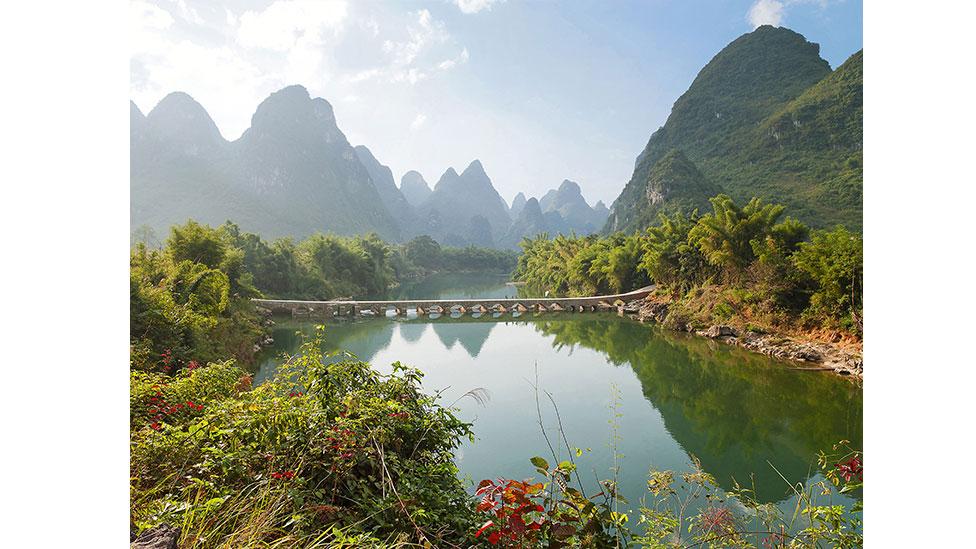 “I think that’s a fair point,” McCoubrey concedes. “At a simple level you’ve got to be sure that somebody who you’re about to do a lot of business with isn’t going to walk in and say, ‘Well, he shouldn’t have done that,’ and walk out again.”

McCoubrey also points out that employees and visitors to UBS often spend long periods of time in particular rooms: “You might be sitting here working your way through a corporate finance mandate for up to 10 hours. That mitigates against hanging something on the wall that is immediately pushy and challenging on your eyes.”

Even UBS’s Basquiat – an artist famous for his rough handling of paint – is a case in point. “It’s actually very pretty,” McCoubrey says. “Still,” he continues, “there are risks. When our Basquiat was bought in 1983, I don’t think the natural thing would have been to put it in front of a group of investment bankers.”

Similarly, today McCoubrey has to think twice about where to hang works such as My Subjectivity, a large, UBS-owned painting by the American David Salle depicting a young girl sitting naked on a chair. “It would still be difficult in London,” he explains. “But in Germany it would be different, because we have a lot of very educated clients there.”

For some companies, though, challenging art can be a good thing. Over the past 15 years, the publisher Penguin Books has built up its own corporate art collection. Compared with that of UBS, it is extremely modest, with only 200 or so works of art, bought collectively for around £200,000. But what it lacks in scale it makes up for in focus: it consists almost exclusively of limited-edition prints by predominantly British artists and printmakers who work with text. “We wanted a collection that reflected our business and the democratic values of Penguin’s heritage,” explains Joanna Prior, Penguin’s managing director, who oversees the collection.

According to Prior, the collection contains several works of art featuring profanity. “One piece contains a four-letter word beginning with ‘c’ and ending in ‘t’ that did hang on the wall,” she says. “Though we didn’t put it in a major meeting room.”

For Prior, even work like this can send out positive signals about the business. “I wouldn’t say that we’re out to shock anybody, but we certainly aren’t worried about a conservative audience of investors who might disapprove,” she says. “Penguin’s art collection doesn’t take itself too seriously – there is a lot of humour. Sometimes you’ll come across a picture when you walk into a meeting room, and it will make you laugh.” She pauses. “Actually, that’s the best thing about it.”

Art
1The 10 most beautiful tapestries
Film
2Hopper paintings brought to life
State of the Art
3The greatest war art ever?
Art
4My friend, Picasso
Around the BBC