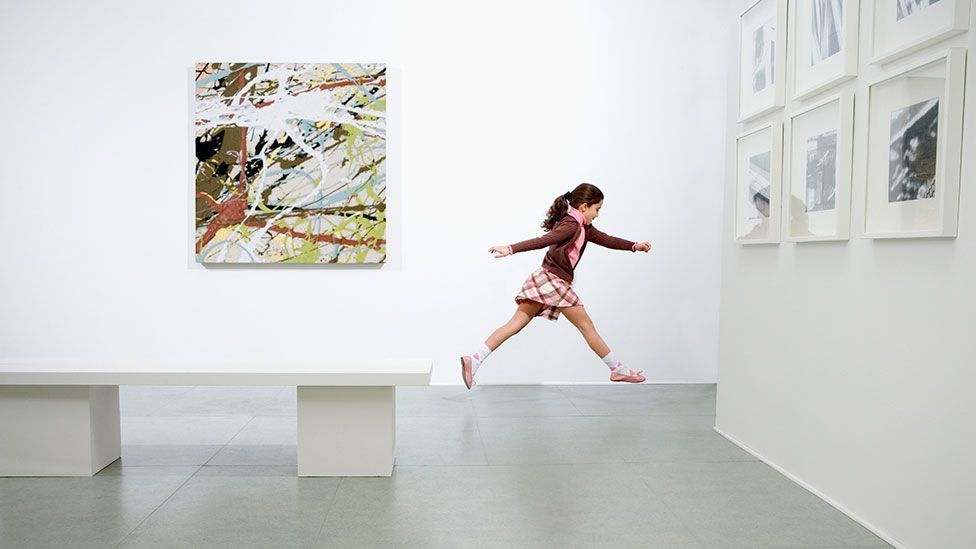 If quiet pondering in art galleries is your thing, chances are you have been laying low in recent weeks, waiting for the boisterous school holiday crowds to pass by. Buggies fill the spaces and children’s shrieks and chatter fill the air as parents seek to occupy their energetic offspring for the day.

Art galleries are no longer places of reverent observation and hushed whispers. Many institutions increasingly court families with young children and some have developed immersive and interactive displays. The Metropolitan Museum of Art in New York and Tate Modern in London both offer child-friendly exhibits and activities, and suggest itineraries for their tiniest visitors. “It’s OK to talk at Tate!” says the latter in its visiting tips for families.

Running – and indeed dancing and jumping – around public spaces such as museums and art galleries is a subject that Abigail Hackett, a research associate at the University of Sheffield has been studying since 2012. All that movement helps children under four to learn, she says, but not in the way you might expect. Parents keen to introduce their 2-year-olds to Van Gogh, Picasso and the rest may have to be patient – the children Hackett observed did not appear to learn about the artworks, but “they were actually learning about the place itself.” She explains: “The way in which they move their body in a place produces a particular experience of that place, which is actually the thing they’re taking away.”

“Galleries are essentially places for looking – and looking quietly,” says British art historian David Buckman. “Obviously, people need to talk quietly, maybe to discuss something seen, but this is best done without children running about and shouting, mobile phone conversations, intercom messages taken by invigilators, and so on.” 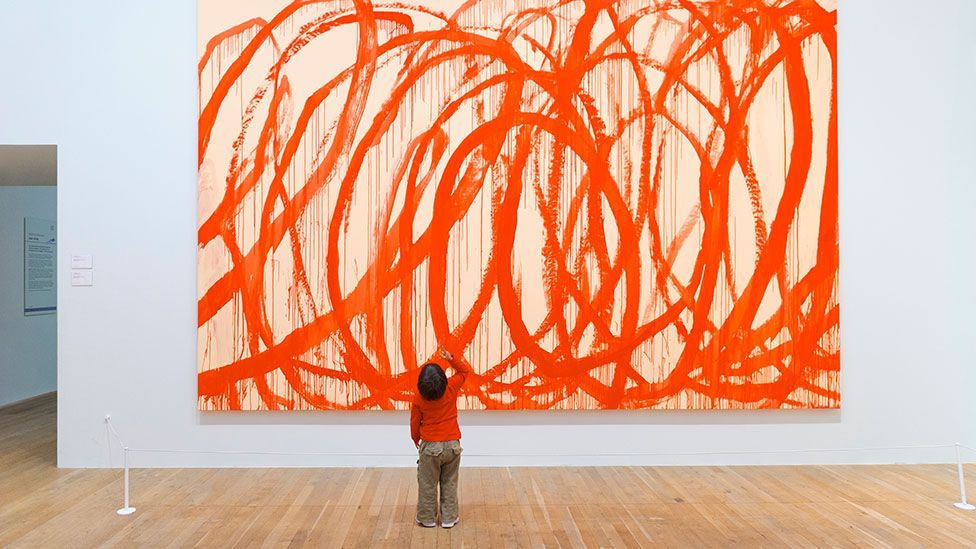 Can children and art galleries ever mix peacefully? (Alison Wright/Corbis)

Arts journalist and parent-of-two Nico Kos Earle disagrees. “The open spaces often found in museums are like a rally call for children – they demand to be covered with speed like an open field,” He describes how taking his young children to galleries in Paris where the family was “chastised so often that we gave up going altogether.”

How well children and art galleries mix has been much wrangled over in recent weeks, following British artist Jake Chapman’s comments that taking children to them is a “total waste of time”. Never a stranger to controversy, Chapman described parents who thought their children could understand complex work such as that of Jackson Pollock as “arrogant”.

Chapman’s comments come at a time when taking children to art galleries and museums has become increasingly popular in the UK, where a report  in 2011 showed visits from children to government-sponsored institutes rose by 36% (2 million more children) in 10 years since the introduction of free admission to national museums. And groups such as Kids in Museums campaign for better integration of little ones in these spaces.

But should they be encouraged to behave like little adults? “Running wild isn't looking. It's also disturbing to others,” says art critic and author Julian Spalding. He believes “art galleries work” when “visitors stop and become visually absorbed”.

“The job of an art gallery is to heighten visual awareness,” he says. “You should be able to hear a pin drop in a concert hall, whether it's part of or not part of the created sound. Ideally art galleries need to create a similarly controlled visual shell so the art in them can be seen to maximum effect.” He argues that children are capable of stopping and absorbing as much as adults – and may even be more responsive and open to what they see: “The art begins when the child stops and looks with wonder at what he or she has seen.”

“I once saw a child of about five stand in front of the Mona Lisa mesmerised,” he says. “She suddenly said 'I know, it's her wedding day, but she's just heard her best friend has died.’” But what if children don’t want to engage the Mona Lisa? “Children who aren't yet fully self-conscious  – i.e. aware of the passage of time and beginning to accumulate memories – are not yet capable of responding to art,” argues Spalding. “In general that means kids under about five - they need to be zooming and zigzagging around in playpens not galleries.”

Parents may prefer to stick to the safety of special child-friendly zones. Here their children can run and play away from expensive artefacts and disapproving looks from grown-up visitors. But Kos Earle feels restricting children to these areas may mean they lose “respect for the culture that they have inherited”. The best adult exhibitions to take children to are to be picked carefully, he says. “Having respect and adapting to different environments is an important lesson for children to learn. However, there is nothing that puts a child off art more than an endlessly tutting parent or disapproving staff.”

Perhaps a more visceral concern is the potentially hazardous combination of small, unsteady feet and precious artworks. Clare Finn is a conservator of artworks and museum artefacts and says she would be worried about children running around without realising how delicate even contemporary art can be. “I think more and more people are thinking of paintings as images and forget their materiality.”

And yet the best known stories of accidental damage in museums have not been caused by zooming children, but by adults in moments of misfortune. Take for example the three 17th Century Chinese vases that a visitor knocked over as he bent to tie his shoe laces in the Fitzwilliam Museum in Cambridge, UK. Or Picasso’s painting The Actor, which according to the New York Times, is now kept behind a plexiglass after a woman at the Metropolitan Museum of Art fell into it and tore it. 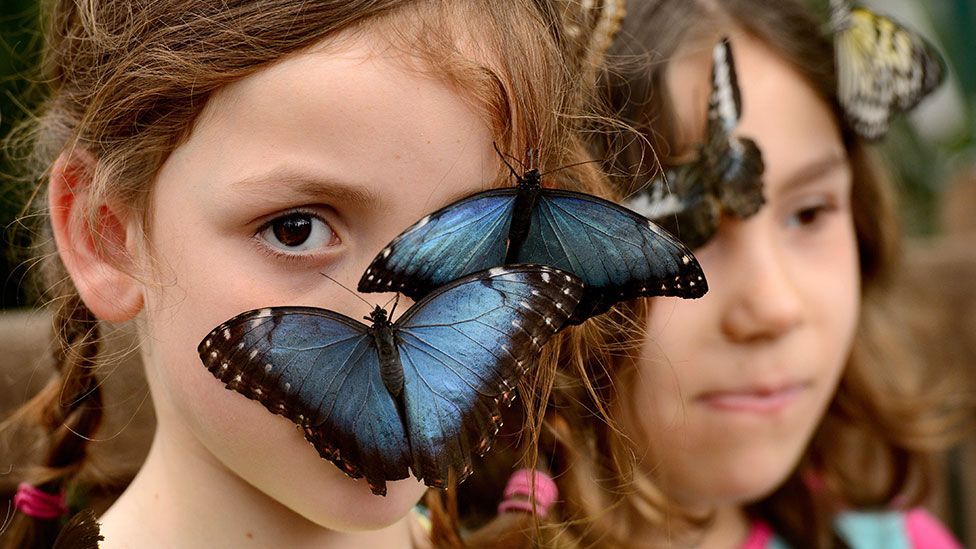 Art galleries offer adults a rare chance to stand still and contemplate – something that would surely be lost if they became emphatically kid-orientated as museums. But imposing a formal code of behaviour on children is bound to become more and more unrealistic, when they are so often allowed to run around and explore in other places. Grown-ups may just have to learn to share exhibition space with these unpredictable little visitors. As editor-in-chief of online arts magazine Hyperallergic Hrag Vartanian points out, most of the time children are “respectful” of artworks. And having them around can benefit adult visitors too, he says. ”Their natural curiosity can be infectious.”