Loading
Counterpoint | Classical music
Who are the 20th Century’s 10 best composers?
Share using EmailShare on TwitterShare on FacebookShare on LinkedinShare on Whatsapp 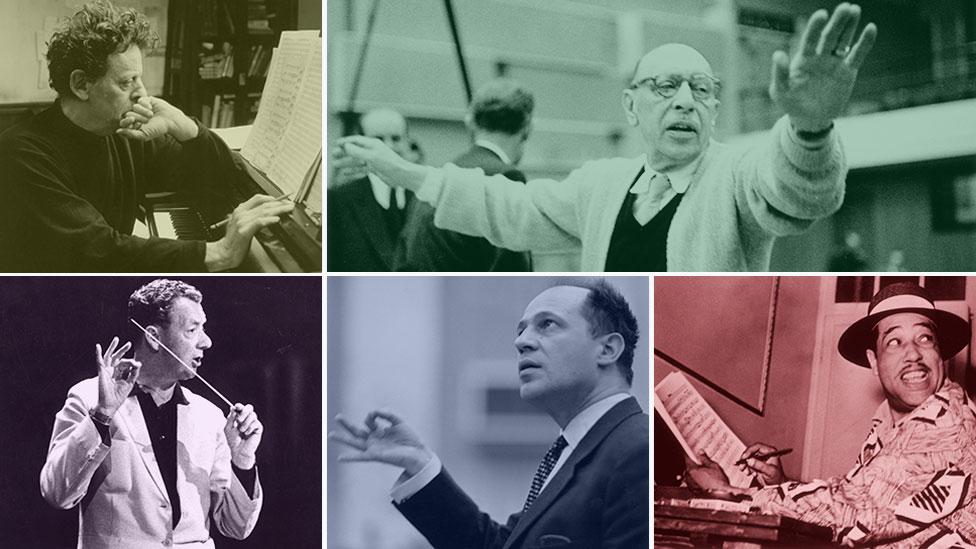 Last week I had the pleasure of interviewing Philip Glass on the eve of the world premiere of his new opera The Trial, based on Kafka’s masterpiece. Researching for the discussion I was struck by the number of critics who describe Glass as one of the most influential composers of the 20th Century. It got me thinking about who my top 10 composers of the era would be. From modernism to minimalism, the previous century yielded musical riches beyond our wildest imaginings. War, race, sex and politics shaped the soundtrack – and much of the music of 1900-2000 is as fascinating as the historical and cultural context from which it emerged.

Any such list must be an exercise in subjectivity, of course: my omissions will no doubt outrage some. What about Elgar and Sibelius, Bartók and Janáček? Vaughan Williams? Or John Williams? Ravel? Xenakis? How could I leave out the post-modern giants Peter Maxwell Davies and Harrison Birtwistle? To say nothing of Olivier Messiaen, Karlheinz Stockhausen, Ligeti, Berio, Lutosławski, Steve Reich? And how about John Adams, Elliot Carter? Well, sure. All of the above composers, and so many others, have bequeathed us masterpieces that have moved us, astonished us, baffled us, made us think, made us cry, made our hearts soar. After much soul-searching, these are simply the 10 geniuses who, for me, have done so the most. 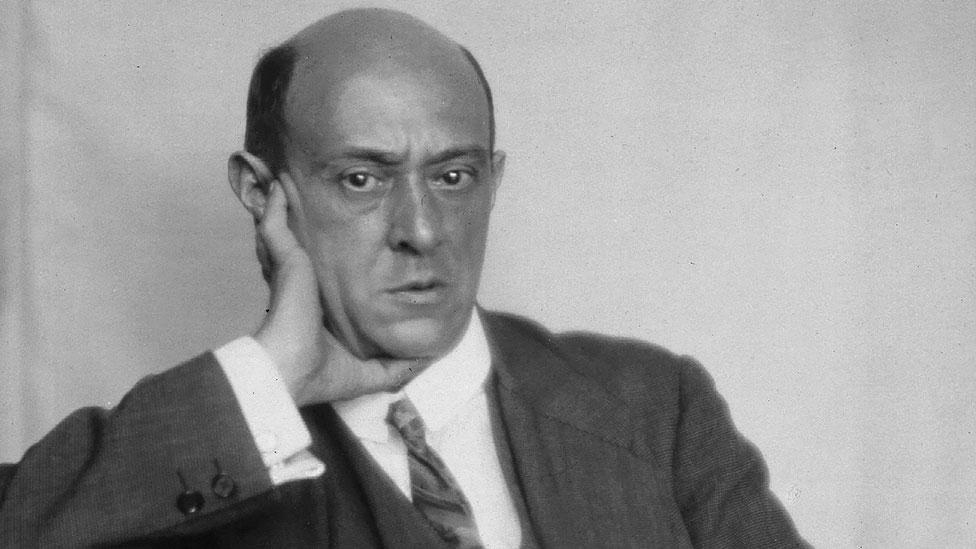 “It would be inconceivable,” said Schoenberg, “to attack the heroes who make daring flights over the ocean or to the North Pole, for their achievement is obvious to everyone. But although experience has shown that many a pioneer trod his path [with] absolute certainty at a time when he was still held to be wandering half-demented, most people invariably turn against those who strike out into unknown regions of the spirit… New music is never beautiful on first acquaintance.” Often forced onto the defensive like this, Schoenberg plunged fearlessly – and often beautifully – into the unknown, shattering the seemingly unbreakable rules of Western tonality that had prevailed for centuries. In reimagining harmony in so-called ‘tone rows’ he altered the course of classical music forever. 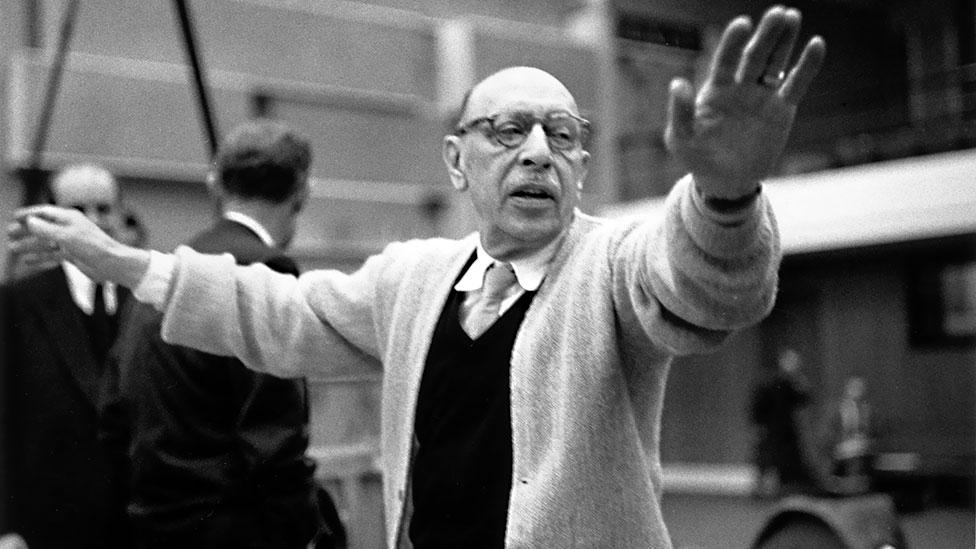 His breakthrough work was The Firebird, produced in 1900 by Diaghilev’s Les Ballets Russes; thirteen years later, a full-scale riot legendarily broke out at the premiere of The Rite of Spring, his ballet of pagan sacrifice (which historian Barbara Tuchman aptly describes as "the 20th Century incarnate"). The New Yorker’s music critic Alex Ross masterfully captures the work’s ominous energy, it raw, spooky power and explains how this is achieved both harmonically and rhythmically. "You have these two chords slammed together," Ross explains. "These are two adjacent chords. They're dissonant. They're being jammed together. And that's a harsh sound, and he keeps insisting on it. That chord repeats and repeats and repeats, pounding away." Rhythmically, Ross says, "It seems as though at first he's just going to have this regular pulse. But then these accents start landing in unexpected places, and you can't quite get the pattern of it…It's as if you're in a boxing ring, and this sort of brilliant fighter is coming at you from all directions with these jabs."

Stravinsky’s brilliance had a seismic impact on the rest of the century – not only on classical music, but on jazz, rock, modernist literature, painting, and even movies. Without Stravinsky, as Ross points out, where would the dinosaurs of Walt Disney’s Fantasia be? Thank goodness we need never find out. 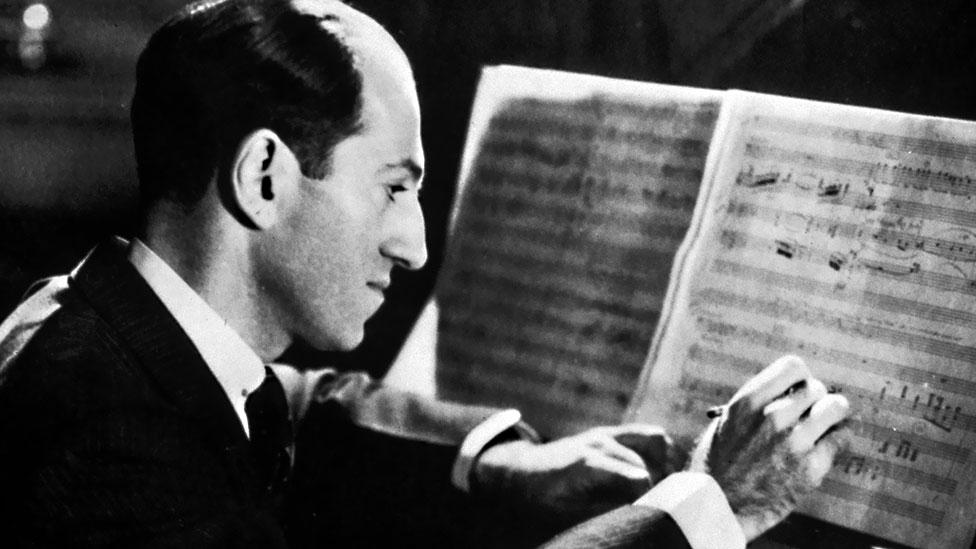 Gerschwin was jazz-age prophet whose Rhapsody in Blue (1924) destabilised aesthetic categories and gave listeners a taste of things to come, and whose controversial 1935 opera Porgy & Bess came to define an epoch. But Gershwin was caught in the cross-fire between “those who see mass culture as the most valid expression of our time, and those who see it as the end of Western civilization”, as Gershwin scholar David Schiff puts it. Many of his fellow composers, including the likes of Aaron Copland, were scathing of Gershwin’s populism. But an enthusiastic public, deaf to such finicky debate, has lovingly listened on, through booms and busts, wars and peace; to say nothing of countless shifts in taste and fashion. 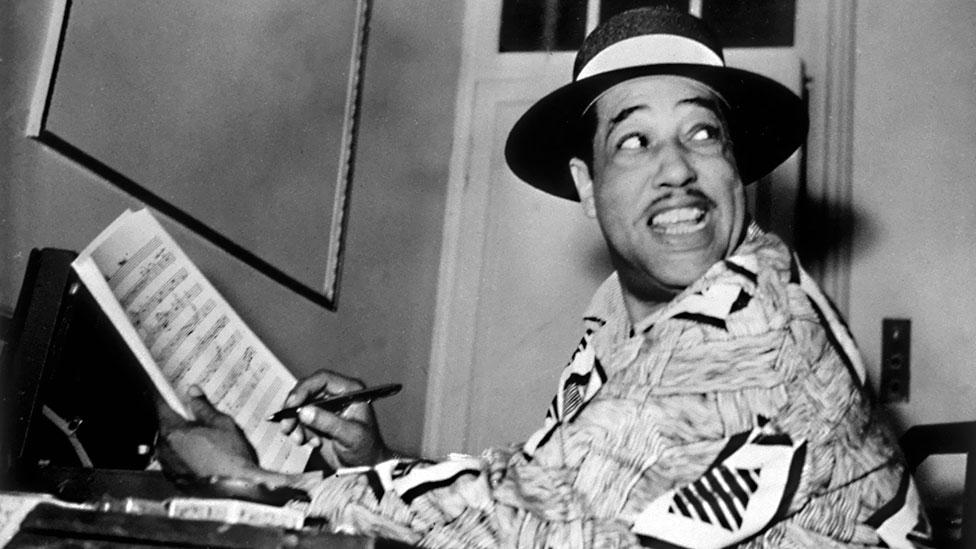 Ellington was the most prolific composer of the century. A spectacular innovator, he wrote music for all kinds of settings, from the ballroom to the nightclub; the comedy stage to the movie house; the concert hall to the cathedral. The essence of his genius lay in his uncanny knack of synthesizing apparently disparate elements of music, including ragtime, minstrel songs, the blues, and the sounds of everything from Tin Pan Alley to the European music tradition. Always directly expressive and deceptively simple, his blues writing exploded received notions of form, harmony, and melody; he broke our hearts with the ultimate romantic ballads; he provided vehicle after vehicle for the greatest jazz singers of the age; and, of course, he made us all swing. 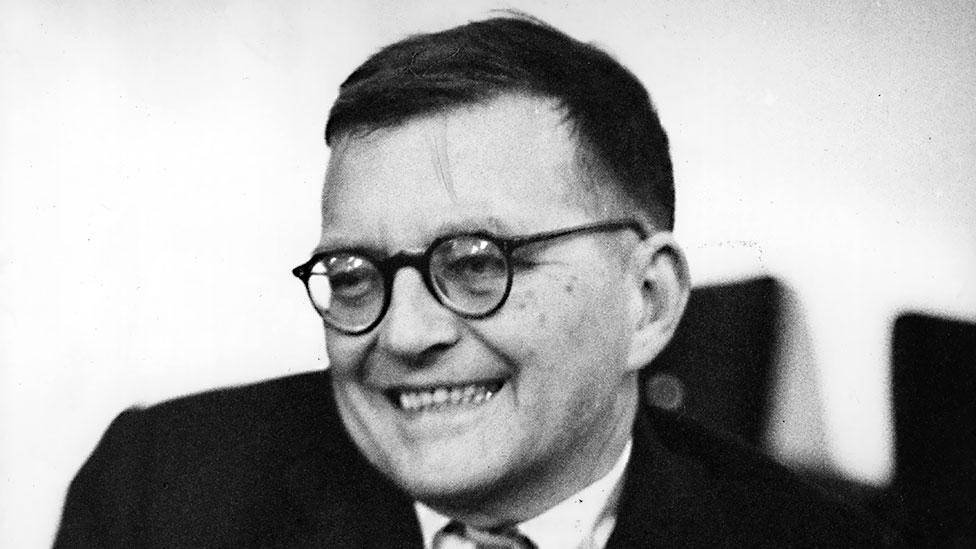 Persecuted by Stalin and declared an ‘enemy of the people’ in 1936, having previously been the golden boy of the Soviet music scene, Shostakovich is a figure who has gripped the public imagination as much for political as musical reasons. Forced to keep the authorities happy with his symphonic writing – at least until Stalin’s death – it was in his smaller works, such as the fifteen astonishing string quartets, that he could really push the limits of his musical voice and conjure a complete emotional world. Alex Ross, once again, is en exemplary field guide when it comes to exploring the psychological limits” of his music. “Shostakovich is a master manipulator of mood,” he writes. “He can show panicky happiness slipping into inchoate rage, and then crumbling into lethargic despair.” 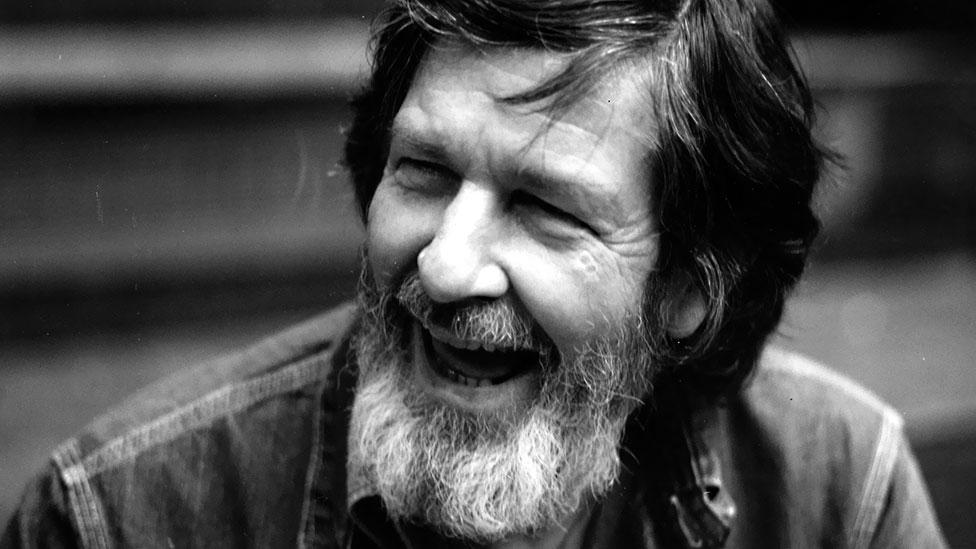 Cage, according to his fellow avant-garde composer Morton Feldman, was the first composer in the history of music “who raised the question by implication that maybe music could be an art form rather than a music form.” Recalling the premiere of his legendary work of ‘silence’, 4’33”, Cage said: “There’s no such thing as silence. You could hear the wind stirring outside during the first movement. During the second, raindrops began pattering the roof, and during the third people themselves made all kinds of interesting sounds as they talked or walked out.” Cage had an inspiring and insatiable appetite for cultural adventure: he implored us to wake up to the life we are living. “Art is a sort of experimental station,” he said, “in which one tries out living.” 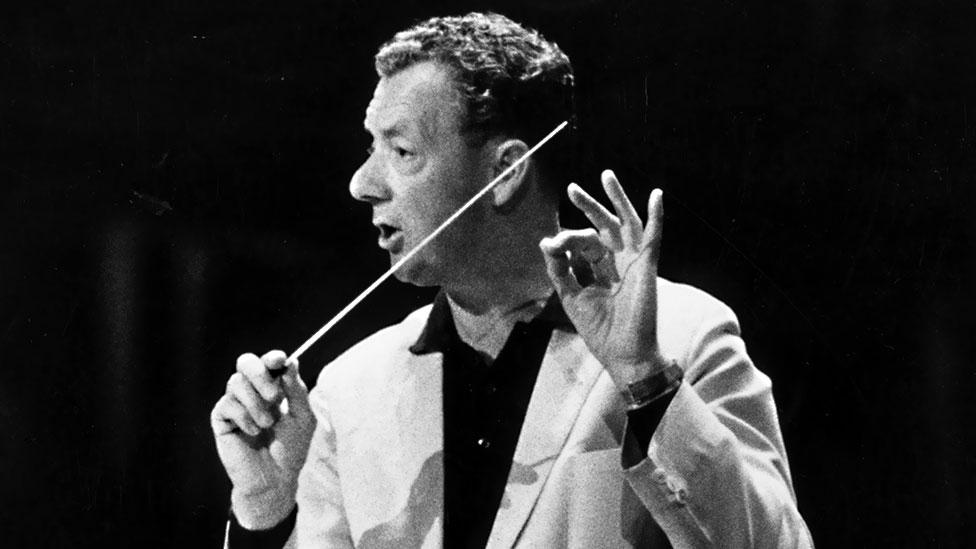 Musically speaking, Britten was more conservative than many of the other titans of the century, but his influence and vision is inestimable, particularly in the field of opera. The landmark Peter Grimes (1945) radically placed an unlovable anti-hero at its centre, and is a musically breathtaking voyage to the darkest nooks of both individual and group psychology. Britten’s conviction that opera needed to reach parts of the country beyond fancy metropolitan theatres led to the emergence of chamber or ‘pocket’ opera, which continues to transform an often lumbering art form into something nimble, dynamic and thrilling to this day. His compositional philosophy, says leading tenor Ian Bostridge, was “resolutely workaday and practical, concerned with usefulness to the community”. We owe him much. 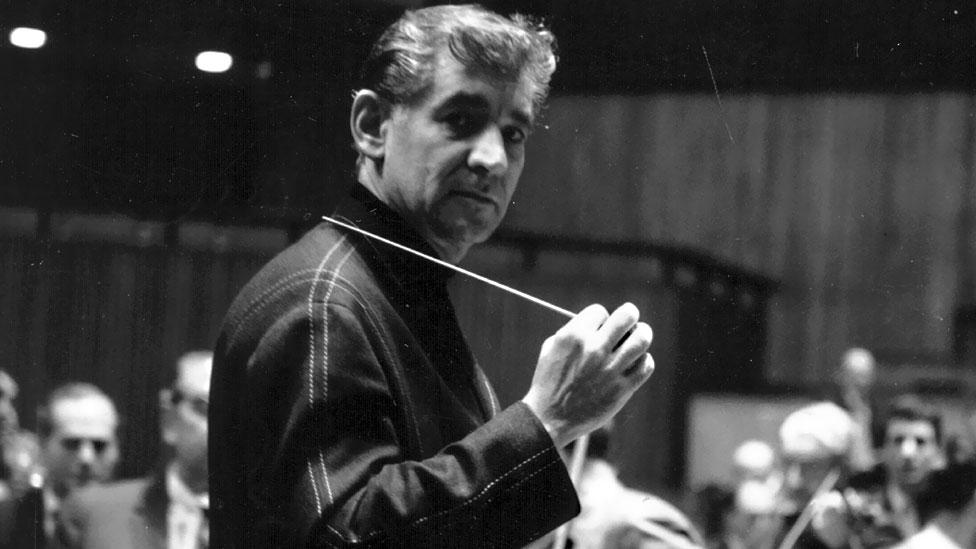 Bernstein was a populist: he unapologetically and urgently wanted to share the music he loved. And as a composer, conductor, broadcaster, writer and educator, he sought to make it accessible to as wide a public as possible. He grew up hearing everything, making no distinction between ‘high’ and ‘low’ art, and an utter lack of pretension is evident in his music, among which works such as West Side Story, Candide and the Chichester Psalms must rank as among the finest in the entire century. One of Bernstein’s proteges, the American conductor Michael Tilson Thomas, says many of his “perfect and iconic” songs “stake out a territory that we recognize as important to our inner lives.” Speaking to the Washington Post he described Bernstein’s as “music that haunts all of us. Talk about building large structures – it’s woven into the structure of your entire life.” Lenny also created the model, says Tilson Thomas, “for the socially responsible, inclusive, generous maestro, as opposed to the remote, preoccupied, professorial... He wasn’t the kind of high-priest conductor, or professor conductor, or inspector-general conductor, or reign of terror conductor. He was like, ‘Hey, we’re all in this together; let’s explore together.’” 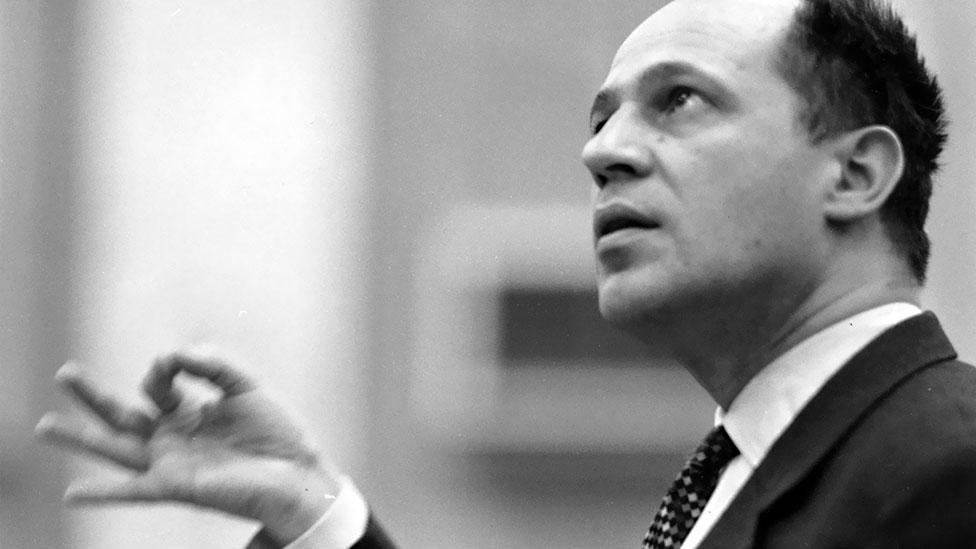 The French firebrand composer defines the idea of what music today is, how it should sound, and how it could yet be. He is in his mid-80s, still unerringly gracious and dignified in person, and shows no sign of slowing down. He can still be seen regularly conducting from the podium, he is ferocious in his commitment to educating younger artists– and he still continually pushes boundaries in his own music. A living legend. 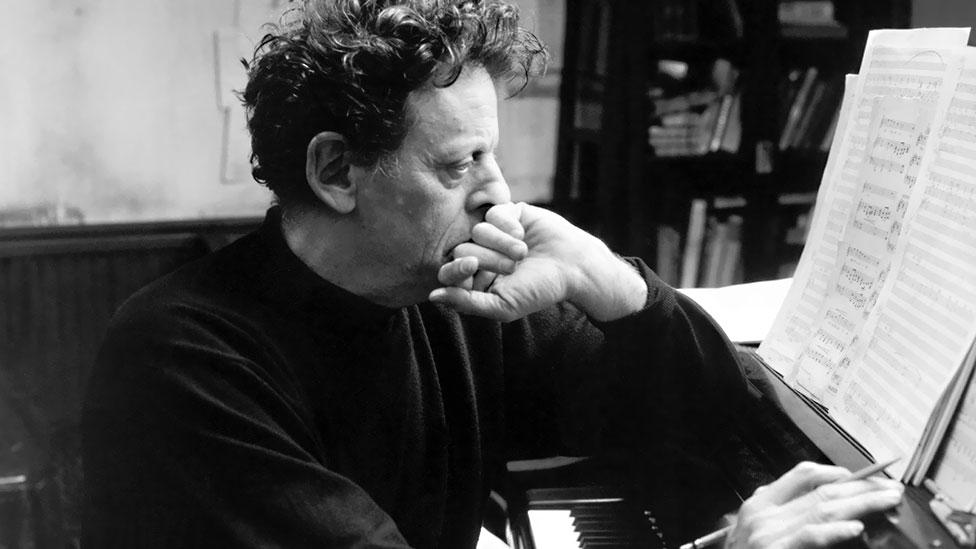 The most imitated composer in the world is also one of the smartest and most ominovorously curious. A supposedly ‘minimalist’ composer, his decidedly maximalist output has seen him compose something like 30 operas; 10 symphonies; chamber music; concertos for violin, piano, timpani and saxophones; and many award-winning film soundtracks including The Hours, The Thin Blue Line and The Truman Show. Glass has collaborated with everyone from Paul Simon to Yo-Yo Ma, Woody Allen to David Bowie and his music appeals to listeners of all generations and backgrounds; genuinely bridging a gap between musical worlds which can often seem disconnected.

Do you agree with Clemency’s selection? Who’s missing that you would include? Head over to our Facebook page or message us on Twitter to let us know.