Loading
Music | Rock music
Altamont at 45: The most dangerous rock concert
Share using EmailShare on TwitterShare on FacebookShare on Linkedin 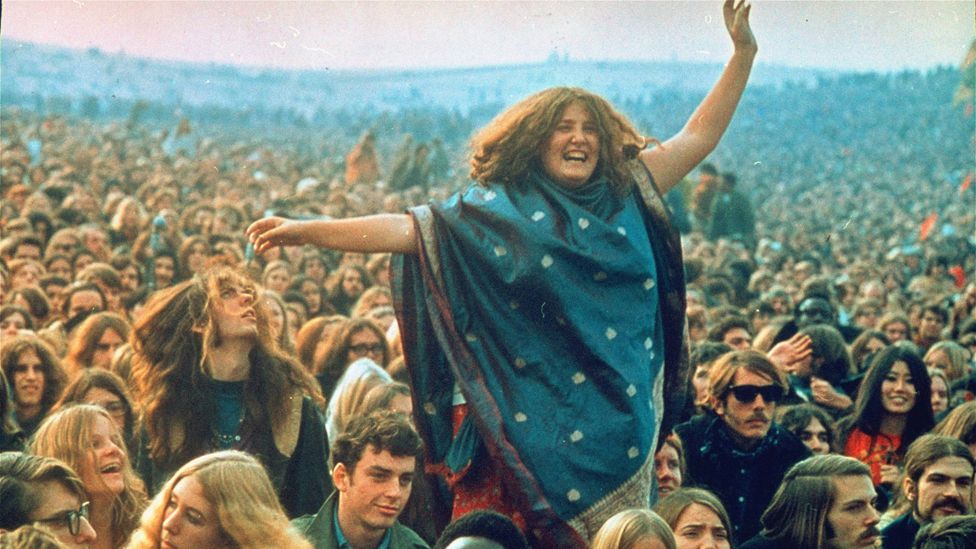 By Owen Gleiberman 5th December 2014
The Altamont concert, with its notorious murder caught on film, occurred 45 years ago. Many consider it to be the end of the ‘60s, Owen Gleiberman writes.
F

Forty-five years ago, on 6 December 1969, a free rock concert headlined by The Rolling Stones at the Altamont Speedway outside San Francisco devolved into a disaster of violence that instantly took on mythical status. Virtually overnight, Altamont became the anti-Woodstock, the rock dream turned nightmare, the official last nail in the coffin of the '60s. It's always easy, of course, to overload a single event with symbolism, but it's hard to deny that Altamont truly was all of those things. Shortly after the Stones began their set, a member of the California Hells Angels – who were loosely hired to police the event – committed a gruesome murder right in front of the stage, stabbing a drugged-out youth named Meredith Hunter several times in the back.

It's often been mistakenly remembered that the Stones, when they became unwitting ringmasters to that moment of horror, were in the middle of playing Sympathy for the Devil. Actually, they had already finished that number and were on to Under My Thumb. But the reason for the apocryphal error is obvious: Altamont was all about 'the devil' showing his face to put an end to the peace-and-love generation. When you watch Gimme Shelter, the great 1970 documentary that caught the dark tumult of Altamont on film, the fights that break out in the audience, with roiling rows of spectators backing off from the violence in waves, seem to channel an ominous energy that is almost ghostly. 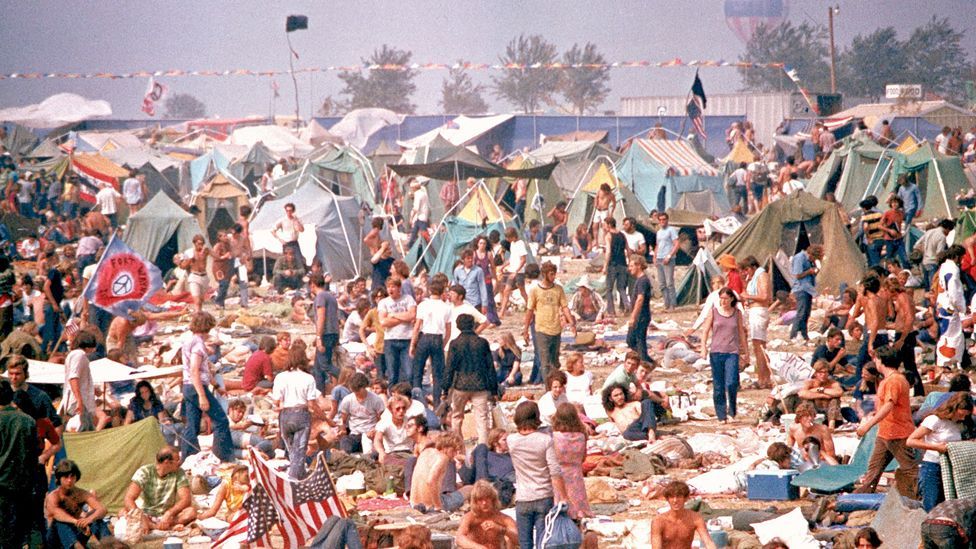 So how did the devil show up at Altamont? According to the end-of-the-'60s myth, he was there, first and foremost, in the satanic majesty of Mick Jagger, who didn't so much play to the crowd as tease and taunt it, coaxing out the aggression of the moment with his lewd sneer and cock-of-the-walk gyrations. The devil was also there in the hipster-underworld danger of the Hells Angels, who started to beat up members of the crowd early on – though the fact that the infamous motorcycle gang arrived carrying pool cues tipped with lead hammers is an indication that they were already spoiling for a fight. The devil was there, as well, in the details that made Altamont the most wretchedly planned rock festival in history. The stage on which the Stones and other bands performed, for instance, was barely above ground level. Given the crazed passion that rock ‘n’ roll has always incited, that fact alone all but invited the crowd to become unruly and uncontrollable.

Yet for all of that, the most resonant and lasting dimension of Altamont may be that it revealed how the counterculture itself – not just the Stones or the Angels, but the blissed-out long-haired horde – was ultimately complicit in its own demise. In Gimme Shelter, we see Jagger and the Stones wander through a parted-sea crowd, where they're greeted like rock apostles, and then a young man shouts “I hate you!” and punches Jagger in the face. At that moment, you can feel the birth of the new fame culture – in which stars are resented as much as they're adored. At that moment, Mick Jagger gets knocked off his pedestal; he goes from strutting Olympic rock god to mere celebrity. When the Jefferson Airplane start to play, stray members of the audience shake their bodies in a freaked-out Dionysian frenzy, recalling the dancers at Woodstock, the comparatively angelic rock festival that had taken place just four months earlier. At Altamont, however, the dance moves take on a sinister aura, since the dancers seem to be getting off on no-one but themselves. The writhing exhibitionism has lost all its connective spirit. Its energy is ghostly too. 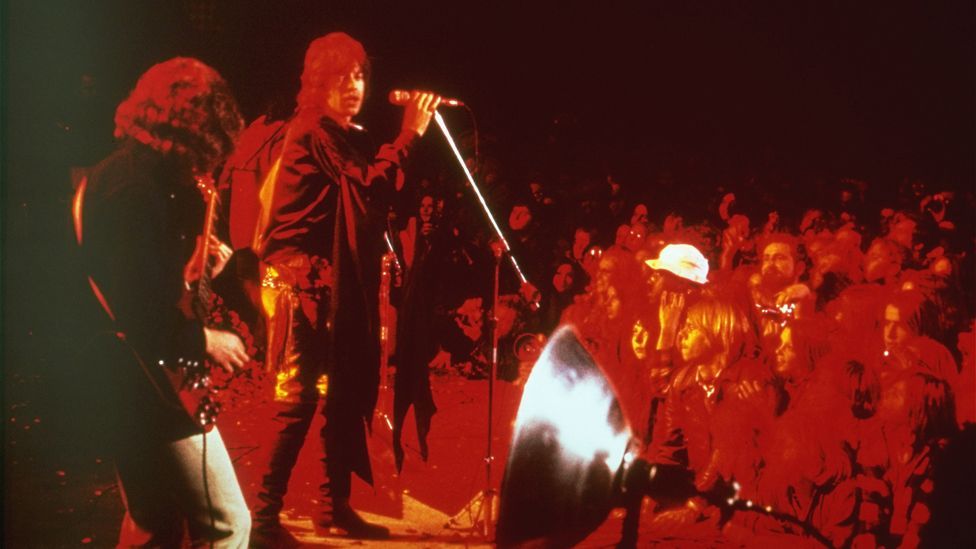 There's a revelation buried in Altamont that we have yet to fully absorb. If you asked just about anyone to name the 'villain' of the event, most would say the Hells Angels, with an honourable mention given to assorted parties – the Stones, their managers, even the Jefferson Airplane, who were the ones who suggested that the Angels be hired as security guards. Yet at the climax of Gimme Shelter, we see the footage of Meredith Hunter being stabbed as it's replayed in slow motion, and in the shock of what it reveals, it's a true Zapruder/Blow-Up moment. Just as the final chord of Under My Thumb is fading, we see Hunter, in his lime-green suit, rushing madly forward, holding a handgun pointed at the stage. The scene looks, for all the world, like it could be an assassination attempt, and the question that haunts Altamont – or should – is this: what was Hunter doing? Is it possible that, just like the young man who shouted “I hate you,” he had come to unleash his inner rage at a rock idol? If it hadn't been for the Hells Angel who stabbed and killed him (and was ultimately exonerated on a murder charge because he was found to be acting in self-defence), is it possible that Mick Jagger would have been the one killed at Altamont? To watch Gimme Shelter, at least closely, is to be forever haunted by that possibility.

Nearly half a century later, it's automatic to think of Altamont as the end of something. Yet it now looks like the beginning of something too: a world in which the aggression of the self, on the part of just about everybody, would be given a new licence. The '60s, after all, are long gone, and perhaps they really did die that day. But the violence and chaos that ruled at Altamont don't look trapped in the past. They look all too present.