Loading
The It Girl | It Girls
Josephine Baker: From exotic dancer to activist
Share using EmailShare on TwitterShare on FacebookShare on Linkedin 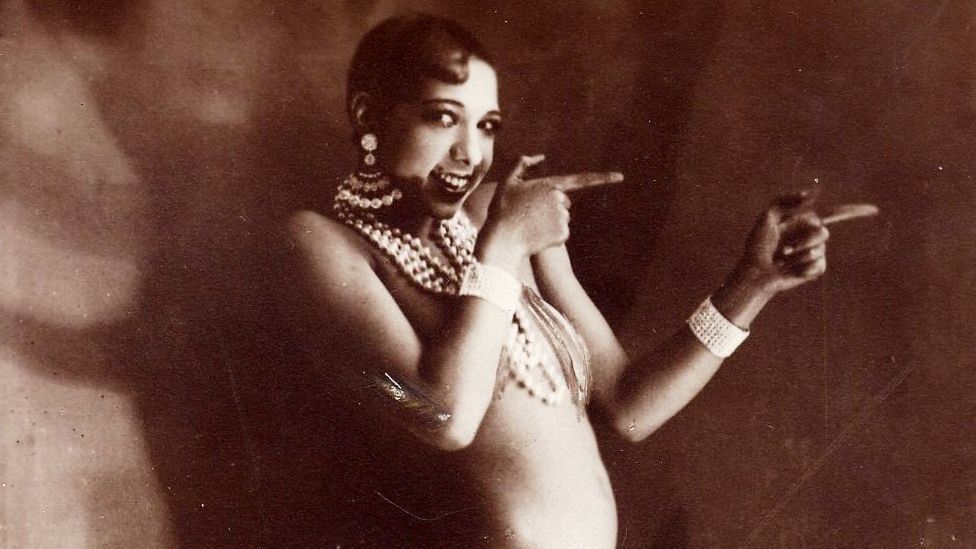 Wearing little more than a g-string – with strategically placed bananas – and a smile, Josephine Baker would strut and shimmy on stage. If she were performing today, we’d say she was “shakin’ her thang”. It takes a certain type of chutzpah to wear what you want, how you want, and the iconic African-American dancer, singer and entertainer had it in ample supply.

“She never thought that anything was impossible,” says Bennetta Jules-Rosette, director of the African and African-American Studies Research Center at the University of California – San Diego and author of Josephine Baker in Art and Life: The Icon and the Image. “She could do things we would consider ahead of their time, because she never thought she would fail.”

Born in St Louis, Missouri, on 3 June 1906, the early life of Freda Josephine MacDonald held no clues as to the international megastar she would become. Her formative years were marked by abuse and poverty and by the time young Freda was a teenager, she was living on the streets and surviving on food scraps from bins. 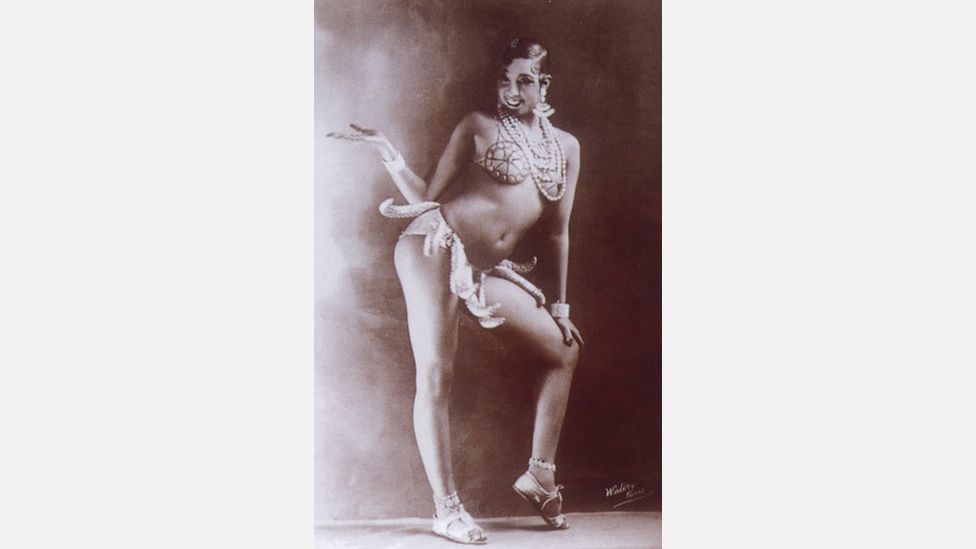 Yet it was the streets that gave life to Baker’s talents, transporting her from a cardboard box in St Louis to the heart of the Harlem Renaissance in New York City.  But the Big Apple wasn’t her final destination. At the age of 19, Baker was spotted by a talent recruiter who was looking for entertainers to perform in a groundbreaking all-black revue in Paris. With a promise of $1,000 a month, Baker headed to France and never looked back.

Baker’s presence on the Parisian entertainment scene was unlike anything that had ever been seen before. On 2 October 1925, she debuted in Revue Nègre at the Théâtre des Champs-Élysées. Dressed in little more than pearls and feathers, Baker performed her Danse Sauvage to a rapturous audience. The pulsating, gyrating, bare-breasted act sold out night after night, marking the start of France’s love affair with the ‘Bronze Venus’.

“As a black woman, had she stayed in the United States, she could not have accomplished what she did,” says Jules-Rosette. 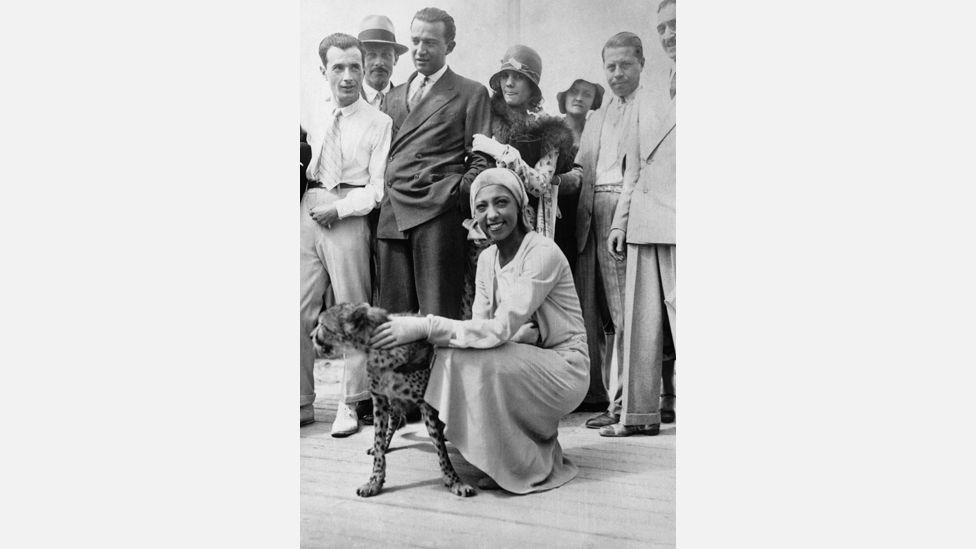 Baker went from homelessness in the US to global celebrity as a dancer in Paris in the 1920s, where she was known to walk the streets with a cheetah on a leash (Corbis)

Baker immersed herself in her new life, learning not only French but Italian and Russian.  She never shied away from the controversial… or strange. How many people do you know with a pet cheetah?

“She never made a Hollywood film,” says Jules-Rosette. “But at the time she was recording in France, you had the likes of Hattie McDaniel playing maids in Gone With the Wind”. 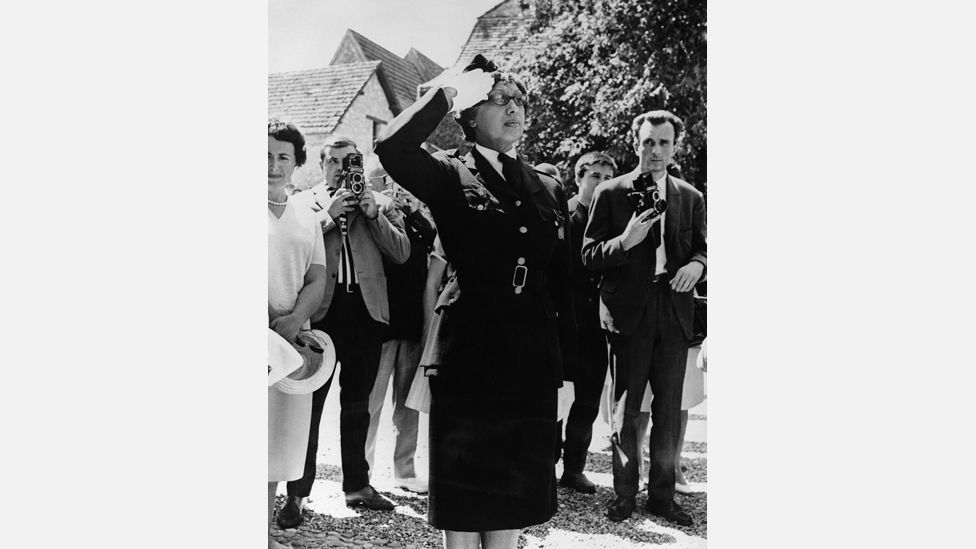 Stepping away from her acting work, Josephine Baker engaged in something that most It Girls would shy away from: military service. During World War II she served as a sub-lieutenant in the Women’s Auxiliary of the French air force. As if that wasn’t enough, Baker turned her talents to espionage as a spy for the French Resistance, smuggling military intelligence using invisible ink on her sheet music.

Even though France was home, Baker never truly turned her back on the US. “[She] was among the early path-breakers to use performance celebrity for political ends,” says Jules-Rosette. She traveled back to her homeland to perform on a number of occasions, including in 1951. While others tackled the issue of segregation in the courts, Baker dealt with it head-on. She refused to perform in venues that would not allow a racially mixed audience, even in the deeply divided South.  And in Las Vegas, Baker was among the first to break down colour lines, even though history books often ignore her efforts, much to the annoyance of Jules-Rosette: “She was the first person to desegregate the Las Vegas casinos, not Frank Sinatra and Sammy Davis Jr.”

Baker’s celebrity didn’t mean she was immune to racism. During her 1951 US tour she was refused admission to a number of hotels and restaurants. In one well documented case at the Stork Club in New York City, Baker made charges of racism against the owner for failing to serve her. As a result, she ended up on the FBI watch list and lost her US citizenship rights for over a decade.

With the help of attorney general Robert F Kennedy, Baker finally returned to US soil in 1963 to speak at the March on Washington. Gone were the flamboyant feathers, bold make-up and risqué stage outfits. Instead, Baker took to the stage in her French air force uniform, thick glasses and a loose-curled hairstyle.

“You know I have always taken the rocky path,” Baker told the crowd. “I never took the easy one, but as I get older, and as I knew I had the power and the strength, I took that rocky path and I tried to smooth it out a little. I wanted to make it easier for you. I want you to have a chance at what I had. “

Baker had the chance to do so many things. Long before Angelina Jolie, she adopted 12 children from all over the world to create her ‘Rainbow Tribe’, her attempt to bring about racial harmony and understanding. 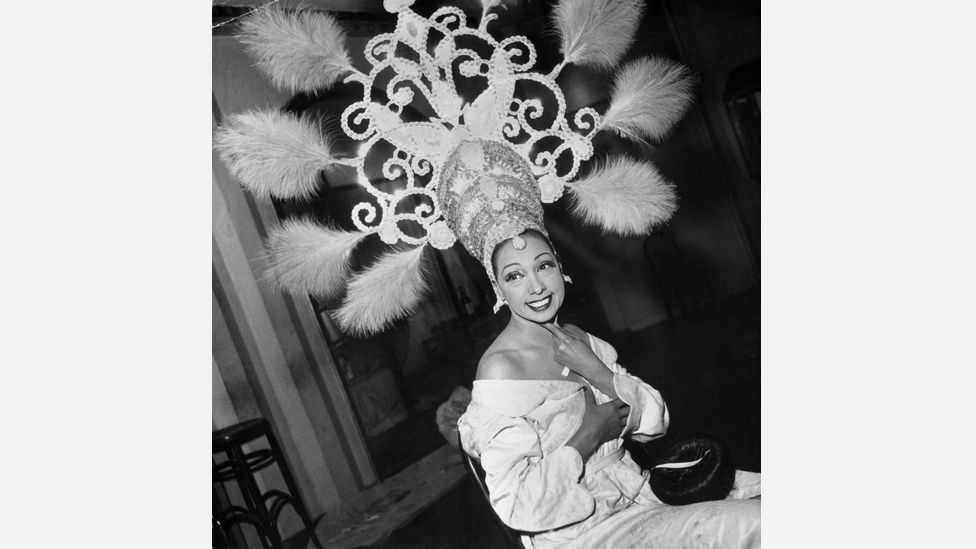 She was also a style icon whose influence stretched far beyond tiny stage costumes. “Her impact on fashion was felt in what we can call her performance fashions, influenced by artist Paul Colin, and also her photographic, high-end fashions,” says Jules-Rosette.

Almost 40 years after her death, the Baker brand is still alive, witnessed in the Eton crop hairstyle that suits the cloche hat she made famous; performers like Barbadian singer Rihanna are often seen walking the red carpet in similar garments. And even the bananas have a place, with designers like Miuccia Prada drawing inspiration from the fruit-encrusted skirt in 2011.

So why is Josephine Baker an It Girl? How could she not be? “Josephine Baker had many lives,” says Jules-Rosette. “She had the perfect combination of charisma, determination, performance and humanity. She was a visionary, a trailblazer. From her early days to the day she died, she created a path for the rest of us to follow. And I, for one, am so glad she did. “