Loading
The It Girl | It Girls
Evelyn Nesbit: The world’s first supermodel
Share using EmailShare on TwitterShare on FacebookShare on Linkedin

What makes a supermodel? A preternatural beauty, of course, but there is more – a certain charisma, an unerring fashion instinct, a steely resilience, sex appeal. And a mere model becomes a ‘super’ when she becomes not only stratospherically famous, but also when she somehow encapsulates her era. The supermodel provides a snapshot of a moment in time because she is always at the epicentre of the fashionable cultural life of her time – and at its vanguard. Every decade has their supers, from impish, mini-skirted, swinging-‘60s icons Jean Shrimpton and Twiggy to quirky Cara Delevingne today.

But the phenomenon goes back further than Twiggy, to the very start of the 20th Century, when the world’s first ever supermodel rose to fame. Evelyn Nesbit, a willowy, copper-haired beauty from Philadelphia, was the most sought-after artists’ and fashion model in America’s Gilded Age. Her life was turbulent and eventful, and her fame peaked when she became embroiled in a murder, and what was then dubbed ‘the trial of the century’.

Nesbit embodied her era in more ways than one. The late 19th Century was a glamorous period of rapid economic growth in the US but it was also an era of considerable poverty, as many poor European immigrants poured in. Nesbit in her lifetime saw both sides. She came from a modest Scots-Irish background in Tarentum, Pennsylvania, and after her father died leaving debts, her mother struggled to support the family. It was also an age with one foot still in the starchy Victorian era and one just about to step into the permissive Roaring ‘20s. The young Evelyn was from a ‘respectable’ family, and modelled – fully dressed – for artists from the age of 14, as a way out of poverty for the whole family. When she came to New York in 1900, her rise was meteoric. But she was also stepping into a new, different world.

James Carroll Beckwith, whose main patron was John Jacob Astor, took her under his wing, introduced her to artists and illustrators, and Nesbit was soon the most in-demand model in New York. She was the inspiration for numerous art works, including sculptor George Grey Barnard’s famous piece Innocence (now in the Metropolitan Museum of Art) and Charles Dana Gibson’s Women: The Eternal Question (1905). She was a popular face too on the illustrated covers of many journals and magazines, among them Vanity Fair, Harper’s Bazaar, The Delineator and Ladies’ Home Journal, and her likeness was also to be found advertising everything from face creams to toothpastes.

Nesbitt’s soft-featured, youthful face soon became ubiquitous, to be seen on postcards, tobacco cards, calendars and chromolithographs. She often posed for illustrators in costume – a wood nymph, a gypsy, a Grecian goddess, a geisha girl – she was always clothed and the resulting images were not overtly sexual, though there was a pin-up suggestiveness about them that no doubt contributed to their popularity – and Nesbit’s celebrity. 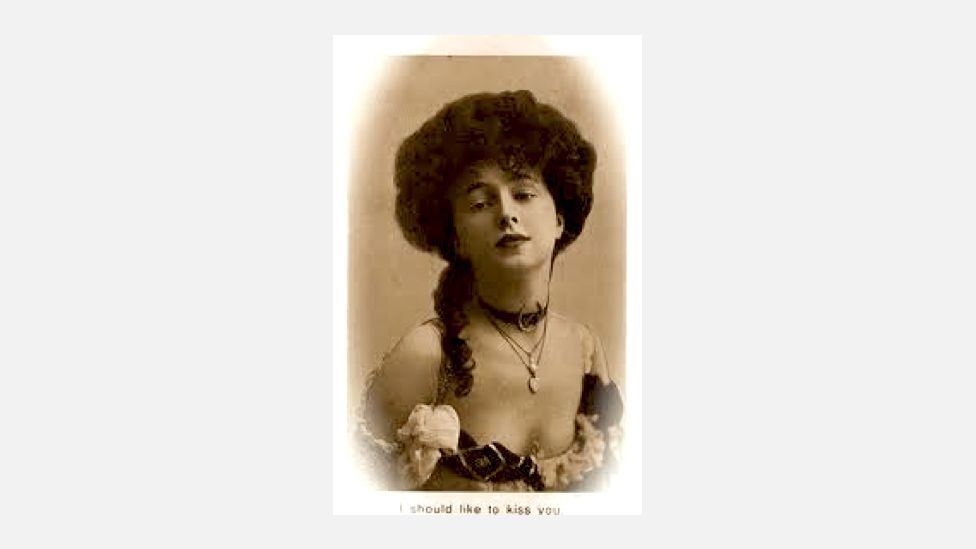 Nesbit’s celebrity was uniquely suited for the mass media age, and her face graced all manner of products including novelty cards (Wikipedia)

Fashion photography was just emerging, and when Nesbit ventured into this new medium as a ‘live model’ posing for early pioneer Joel Federe, she was an instant hit. As photographs gained popularity and started to take over from print illustrations, Nesbit was soon generating massive newspaper sales and becoming instantly recognisable to the public. Before long – in 1901 – she was signed up to the chorus line at the hugely successful Broadway play Florodora. Nesbit was the toast of the town, and was soon appearing regularly in the gossip columns and theatrical periodicals of the day. It was not long before she left the chorus line and took on a speaking role in a Broadway play, The Wild Rose.

Like her supermodel successors Nesbit had become an icon of her era, and she perfectly embodied the paradoxes of that age, too. As Paula Uruburu, author of a biography of Nesbit, American Eve, puts it, “For that first heady decade of the 20th Century, Evelyn Nesbit was the American Dream Girl whose ‘face was her fortune’ and whose life reflected the era’s intoxicating, accelerated and daring mood… she embodied all the contradictory impulses [of the Gilded Age]; at times she seemed a picture of Victorian sentimentality, but her bewitching… smile promised something forbidden.”

The perils of fame

During her time as a ‘Florodora Girl’ Nesbit met the architect and New York socialite Stanford White, whose firm’s projects included some iconic buildings, among them the second Madison Square Garden, Tiffany’s, Washington Square Arch and Cornelius Vanderbilt’s mansion. White was at first an avuncular figure in the young Nesbit’s life, but soon became her lover and benefactor, providing her and her family with extravagant gifts and an elegant apartment. It was after their year-long relationship ended and Nesbit was newly married to millionaire Harry K Thaw that events began to unravel dramatically. Demented with jealousy and – he claimed – defending his young wife’s honour, Thaw approached her ex-lover White one evening at a performance at Madison Square Garden and shot him dead at close range. 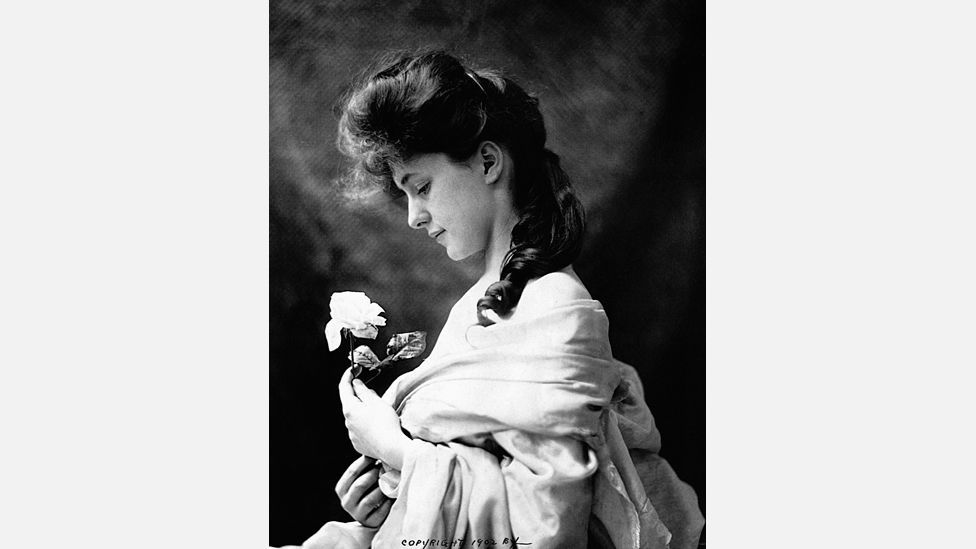 Nesbit was the star witness in a trial so full of shocking details about her relationships with the men (both of whom it was alleged had been abusive to her) that a church group attempted to ban reporting of the gory details. Evelyn’s mother was accused of prostituting her daughter to White. Evelyn was cast in the press as ‘the girl in the red velvet swing’ in reference to a swing that White had installed in his luxurious, multi-storey apartment. Because of the huge amount of publicity the case attracted, the jury was sequestered – the first time ever in American legal history that such a restriction had been deemed necessary. Thaw was sentenced to life incarceration in a hospital for the criminally insane. As Uruburu says, “Tragically, almost as quickly as her star rose, America’s first supermodel, sex goddess and bona-fide celebrity fell victim to the very culture that created and consumed her.”

Yet, like any self-respecting super, Nesbit showed resilience and made a life for herself after these traumatic events – as a mother, a silent-screen actress, a vaudeville performer and the writer of two memoirs. Along with the art works and photographs that survive of Nesbit, there have been poems and plays about her, the 1955 film The Girl in the Red Velvet Swing and the novel Ragtime by EL Doctorow, which features a subplot about the murder, and was adapted to a film and a musical. Even as recently as 2010 her influence was still being felt – in the HBO TV series Boardwalk Empire, the character Gillian is loosely based on Nesbit. Evelyn Nesbit’s legacy lives on and will probably continue to do so – who knows, maybe for even longer than that of the supermodels who followed in her footsteps.