Loading
The It Girl | It Girls
Clara Bow: The original ‘It Girl’
Share using EmailShare on TwitterShare on FacebookShare on Linkedin 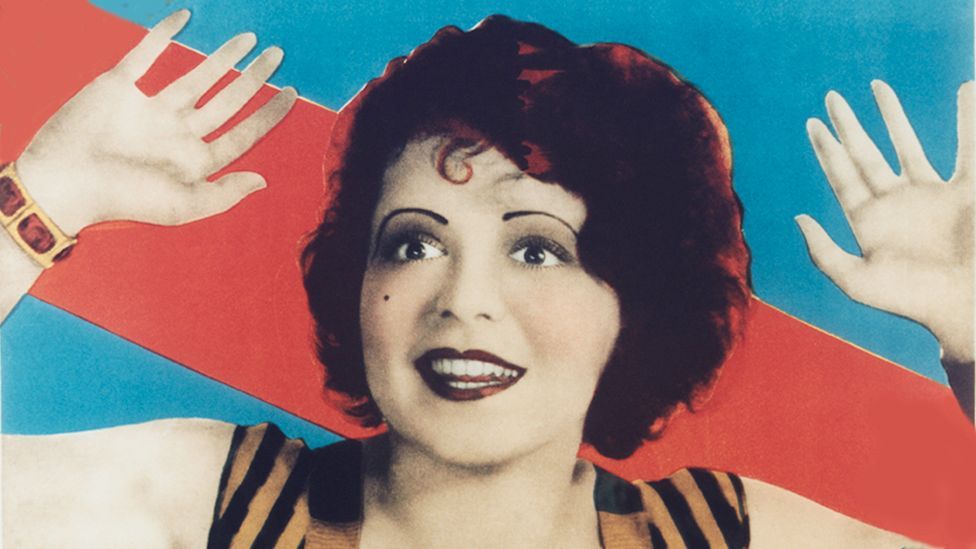 What is an It Girl? According to the dictionary installed on a MacBook Pro, she is “a young woman who achieves celebrity because of her socialite lifestyle”. And it’s true that in Britain in the 1990s, Tara Palmer-Tomkinson and Tamara Beckwith were labelled It Girls purely because they had lots of money and went to lots of parties. But the original It Girl, as the dictionary acknowledges, was one of the most successful and revolutionary film stars of the silent era, Clara Bow. When she earned the title, it meant something completely different.

Bow was born in Brooklyn, in 1905, in what her biographer, David Stenn, calls “the most brutal poverty that was known at the time”. Stuck in a tenement slum with an abusive father and a violent, mentally unstable mother, she sent her photograph to a ‘fame and fortune’ magazine competition when she was 16, and duly won the top prize. Soon, she was appearing in films in New York, and then Hollywood, working day and night until she became a superstar. In 1925 alone, she made 15 films. Judith Mackrell, the author of Flappers: Six Women of a Dangerous Generation, sees Bow’s route to stardom as one of the many elements that made her so emblematic of the 1920s. “In any other era,” says Mackrell, “she would have ended up on the streets or in a factory, but the existence of cinema as a mass industry gave her the chance to reinvent her life.” 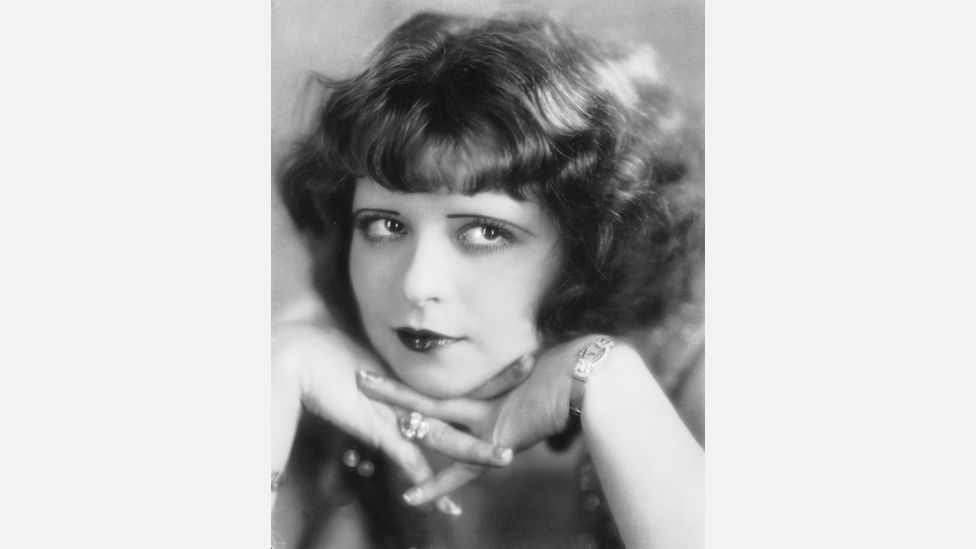 Her on-screen persona was just as cutting edge. America fell in love with Bow because of her big-eyed, baby-faced beauty, but also because she was carefree, energetic, self-assured and breezily independent. Her allure wasn’t about being darkly seductive or haughtily elegant, but about being comfortable in her own skin. Sporting short hair and short dresses, she would stride out and grab whatever – and whomever – she wanted. She was the archetypal modern woman.

“I hate to use the word iconic,” says Mackrell, “but in terms of exemplifying the image of the 1920s woman, and also adding extra currency and global reach to that image, she was key. She embodied the flapper girl… For the hundreds of thousands of women going to the cinema every week, she was a role model. Before that time, those role models wouldn’t have been available, but cinema gave a huge critical mass of women a notion of themselves as liberated.”

Working-class Americans felt that Bow was one of them, partly because her screen acting, says Stenn, had “a naturalism that hadn’t been seen before”. While other stars of the 1920s can appear mannered and melodramatic to 21st Century eyes, Bow always comes across as a lively, unaffected goofball: the girl next door who is also one of the guys. “She really came alive in front of the camera,” says Mackrell. “When you watch her, you feel as if she’s doing something very spontaneous for you, so you’re having a relationship with her. That may be an illusion, but it’s a very powerful one.”

It’s an illusion that hasn’t faded. “There’s a very contemporary feel to her,” says Elaine Shepherd, who produced a BBC4 documentary on Bow in 2012. “We invited a group of students to a screening of one of her films, and they all really engaged with her. They didn’t find her alien and old-fashioned. Everything about her, from her body movements to her facial expressions and even her clothes and her hairstyle... you could walk around looking like that today.”

The film screened by Shepherd was the one that gave Bow her nickname: It. Inspired by a magazine article written by an English author, Elinor Glyn, It is a sparkling romantic comedy from 1927 about a plucky shop assistant who bowls over the store’s wealthy owner. The concept of a mysterious quality known as ‘It’ is largely irrelevant, but it’s defined three times during the film. At one point, the hero’s best buddy reads that “the possessor of ‘IT’ must be absolutely ‘un-self-conscious’, and must have that magnetic ‘sex appeal’ which is irresistible”. Later on, Glyn herself cameos, and declares It to be “self-confidence and indifference as to whether you are pleasing or not – and something in you that gives the impression that you are not at all cold”. Taken together, those definitions aren’t a bad summary of Bow’s own attributes. It’s no wonder that, after It became a hit, thousands of fans sent letters addressed simply to ‘Miss It, California’ or ‘The It Girl’, and they found their way to Bow. 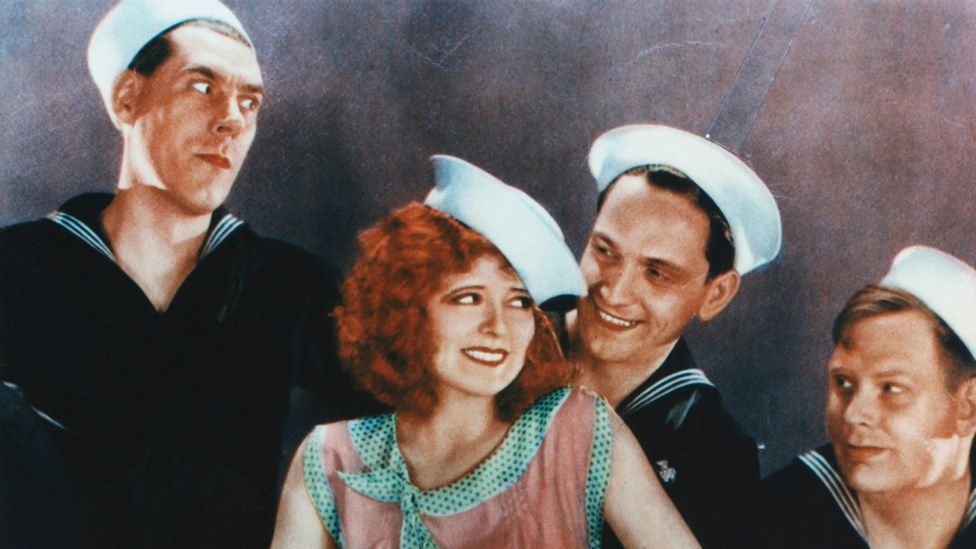 Bow became a symbol of the flapper era, but her star faltered with the Great Depression and her 1930 film True to the Navy failed to match her earlier success (Corbis)

She made several other notable films, including Wings, a World War I aerial drama that won the first ever Academy Award for best picture. Nonetheless, Bow’s time in Hollywood was running out.

One reason why ordinary Americans adored her was that she didn’t pretend to be an aristocrat, as other stars did. She told reporters all about her hard-scrabble background, and she was just as open about her many gambling sprees and boyfriends. This living-for-the-moment candour, which helped make her an idol in the Roaring ‘20s, was frowned upon in the depression-ravaged ‘30s, and she was attacked in the tabloids as a symbol of the dissolute entertainment industry. She was also less comfortable on film once sound-recording was introduced, although it’s a myth (one repeated in Bill Bryson’s new book, One Summer: America 1927) that her Brooklyn accent was too grating for the talkies. The fact was that Bow chose to leave Hollywood.

“The studios were working her to death,” says Shepherd, “She was on heaps of primitive pills to get her out of bed in the morning and to get her to sleep at night. Executives were trying to exploit her as much as possible, gossip magazines were writing the most awful lies about her, and she was dealing with all that on her own, as a woman in her twenties. She just found it way too stressful. But it’s not true that she was thrown out of Hollywood. When sound came in, she was paid massive amounts of money to make a couple of talkies, and if she’d had more support early on, she could have carried on having a substantial career.” 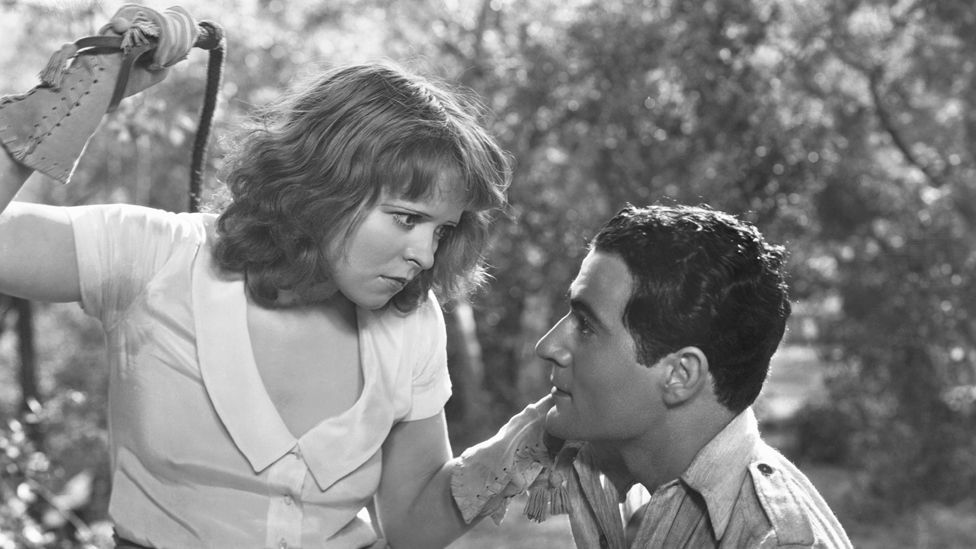 Instead, Bow retired to a cattle ranch in Nevada with her actor husband, Rex Bell, and battled psychiatric illness until her death at the age of 60. She completed her final film, Hoop-La, in 1933, when she was just 28. When she was promoting it in Europe, she told reporters, “I want to be known as a serious actress, and not as an It Girl.”

That didn’t happen. Bow is now remembered primarily as an It Girl, which is sad, considering that the term has been misapplied to any famous-for-being-famous socialite who can push herself onto a magazine cover. But that has nothing to do with what an It Girl was in the 1920s. Elinor Glyn described ‘It’ as warmth, charisma, vivacity and apparently effortless charm. And in that sense, Bow was undoubtedly an It Girl. There hasn’t been another one like her.