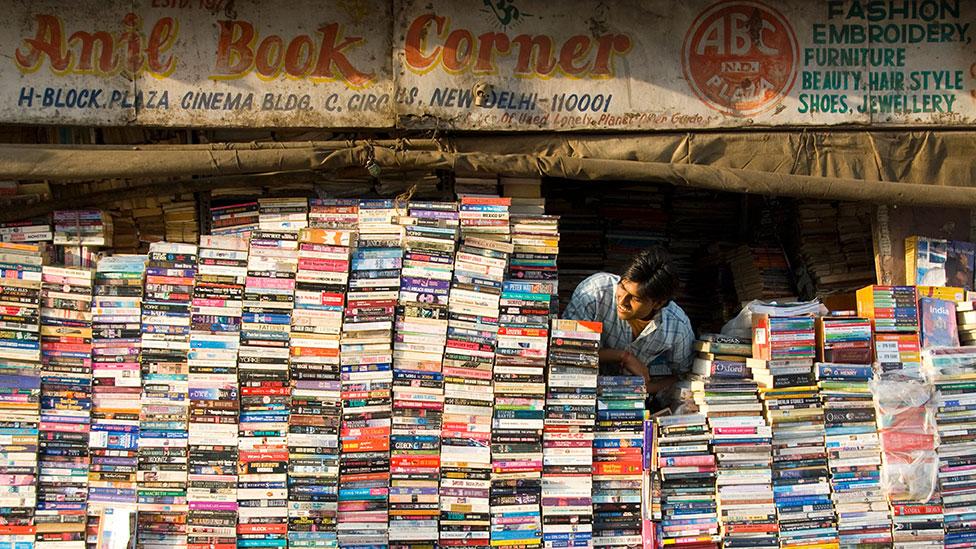 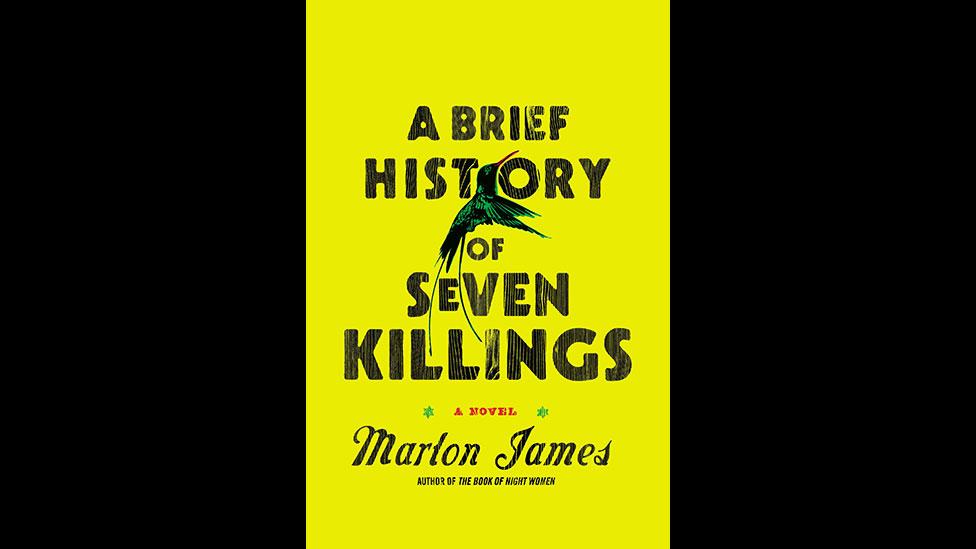 The Book of Night Women, James’ haunting novel set on a Jamaican slave plantation at the turn of the 19th Century, involved a secret sisterhood of slave women fomenting revolt. A Brief History of Seven Killings begins during another politically fraught time in Montego Bay in 1959 but the novel’s central moment is the assassination attempt on Bob Marley in December 1976. James ranges forward from 1970s Kingston to the crack houses of Brooklyn in the 1980s and ‘90s. James speaks in an astonishing range of voices, including politicians, journalists, CIA agents, assassins, druglords and underlings, in this virtuoso performance of a novel. (Riverhead) 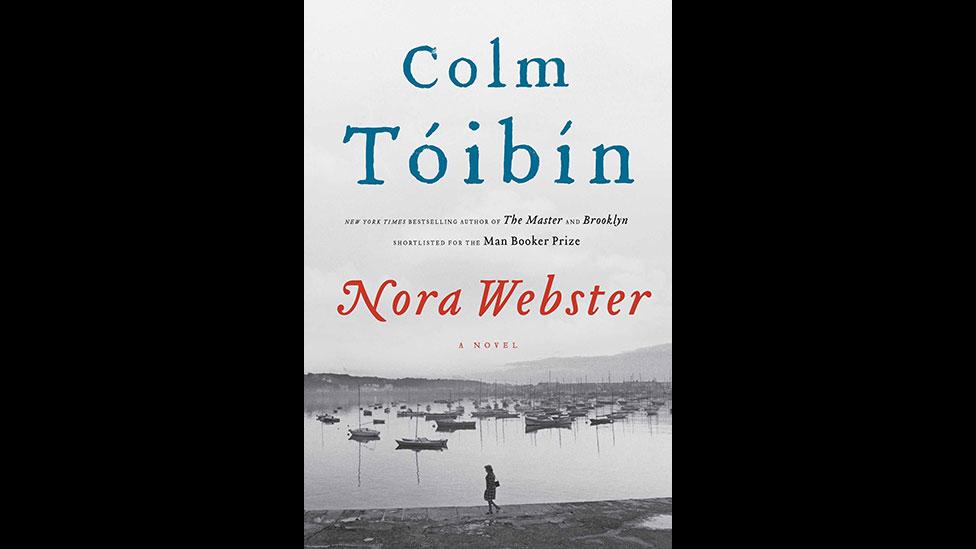 Tóibín returns to his hometown of Enniscorthy in Ireland, the setting of his 2009 novel Brooklyn, for this understated and immensely moving novel. Nora Webster has just moved into the “hard world” of loss afterthe death of her husband. Tóibín’s descriptions of her initial states of grief, which range from numbness to raw emotion, are subtle and resonant. He sketches the gradual unfolding of a new Nora, with new interests and energy, against an ever shifting backdrop of family, friends and neighbours. Nora Webster is a tale of loss and renewal told with restraint and beauty. (Viking) 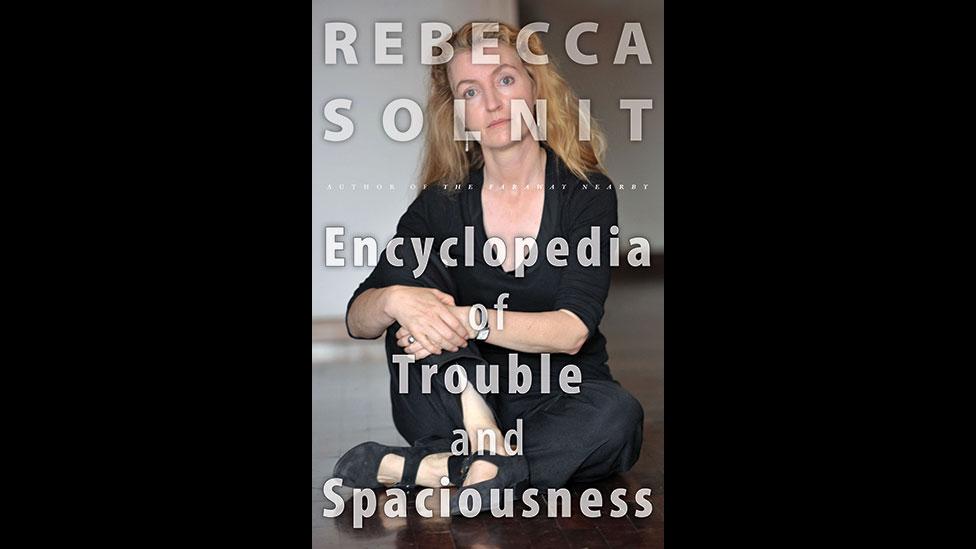 8. Rebecca Solnit, The Encyclopedia of Trouble and Spaciousness

In this collection of 30 recent essays, award-winning cultural critic Solnit sets out to tell “overlooked histories of hope, popular power, subversion and possibility”. When she examines manmade and natural disasters in Detroit, Iceland, Haiti, Japan and New Orleans, she focuses on resilience and recovery. "Even when the losses were terrible," she writes, "the ways that people came together to meet the occasion were almost always inspiring." Her widely read 2013 essay on the Google bus calls out the social and economic disruptions of the current tech boom. An eloquent and intelligent collection. (Trinity University Press) 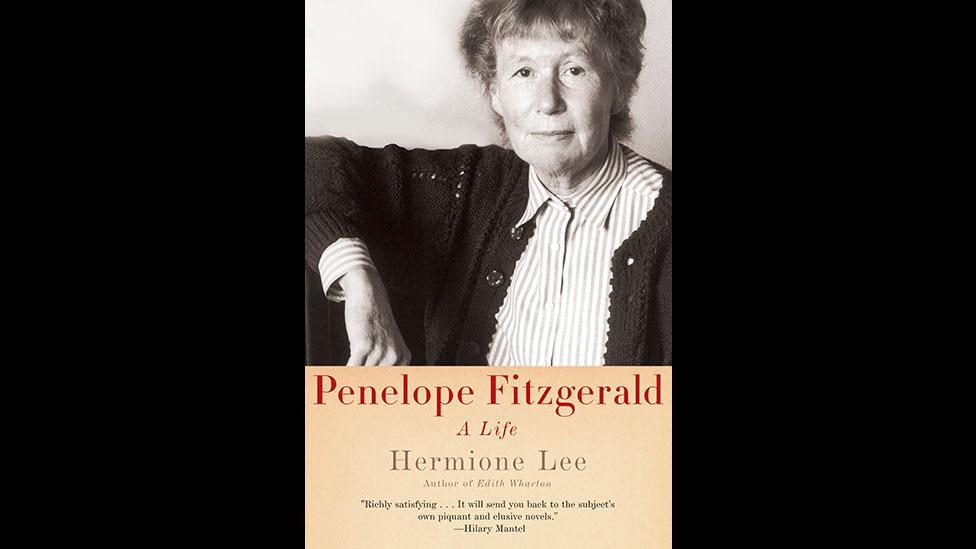 Lee’s account of the life of Penelope Fitzgerald is a revelation. She delves into the novelist’s legacy of eccentricity and brilliance, and her disastrous marriage to Desmond Fitzgerald, a military man whose alcoholism led to disgrace, family downfall and years of poverty. Fitzgerald raised three children while working as a teacher and living on a barge in the Thames and, briefly, in a homeless shelter. Lee approaches her subject with compassion and critical acuity, giving us a thorough backstory as well as a literary appreciation of her work. Fitzgerald began publishing in her late fifties, and went on to win the 1979 Booker Prize (for Offshore, which drew upon her river life) and, at 80, the US National Book Critics Circle award (for The Blue Flower). She had a rare empathy for "people who seem to have been born defeated or, even, profoundly, lost". (Knopf) 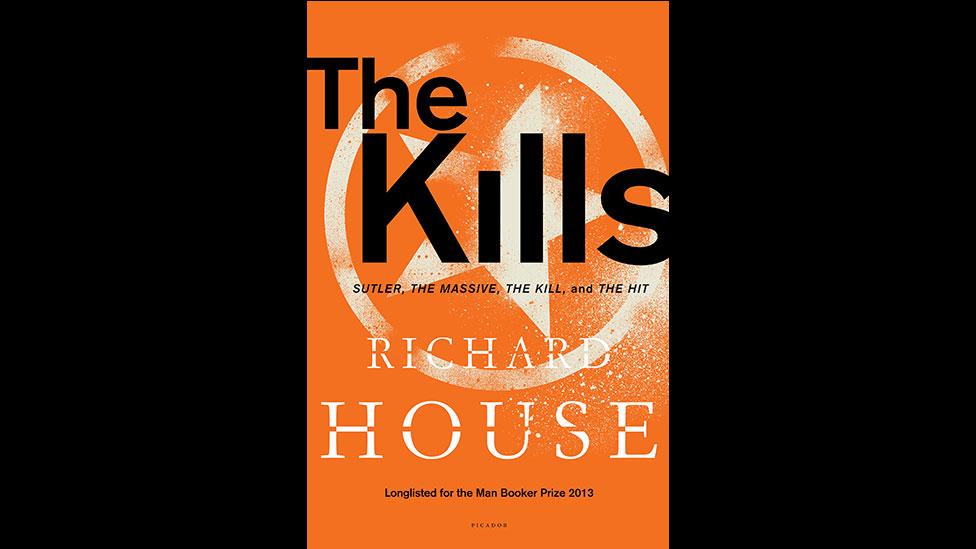 House opens his espionage saga, a quartet of tightly linked novels, with a mysterious command: “Listen. There’s a problem and it can’t be solved. You need to disappear.” The order comes from a top executive for a US military contractor that runs ‘burn pits’ in Iraq to incinerate excess weapons of war. The man known as Sutler, a newly hired mid-level operative, is soon on the run, blamed for embezzling a vast sum. He leaves behind a team of civilian workers, lured with the promise of decent jobs and benefits, who are all sickened by the toxic smoke that surrounds them every day and who, plan to exact revenge. Meanwhile Sutler’s exit path, plays out across Iraq, Istanbul, Italy and Cyprus. House draws inspiration from Roberto Bolanoand and Émile Zola, but this chilling post-9/11 masterpiece is all his own. (Picador) 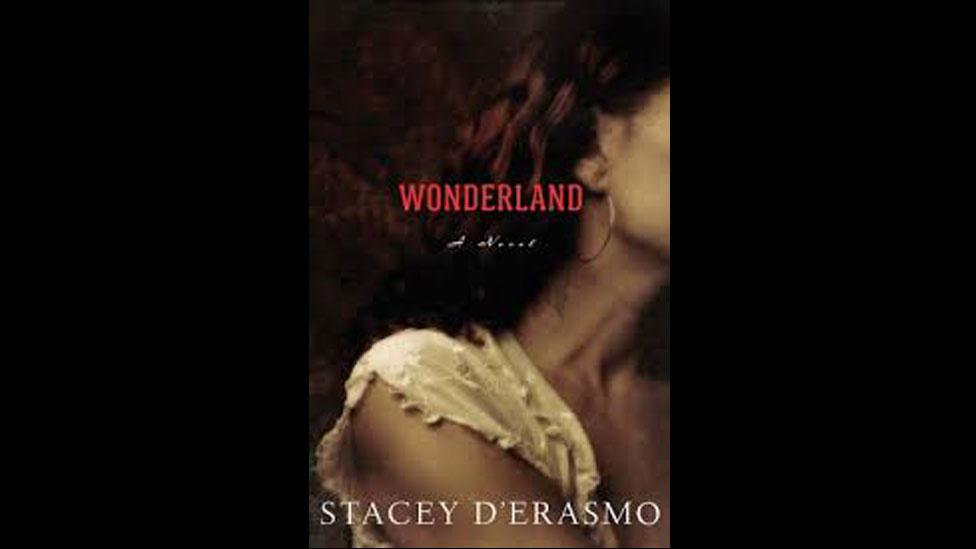 It’s hard not to think of the irreplaceable Patti Smith when reading this profound and impressionistic novel, in which a rock star’s comeback tour becomes a meditation on performance, ambition, loves lost and found, the passage of time and the sparks that create art. As indie rocker Anna Brundage hits the road again in the Christiania district of Copenhagen, she is haunted by memories of past triumphs: “Music is quicksilver, gossamer; careers are measured in butterfly lifetimes.” She’s back in wonderland again, balanced precariously, aware of her power onstage, afraid she won’t be able to catch up. “Once you step away, you’ll always be at least a breath away,” D’Erasmo writes. Wonderland pulses with the magnetic beat of second chances. (Houghton Mifflin Harcourt) 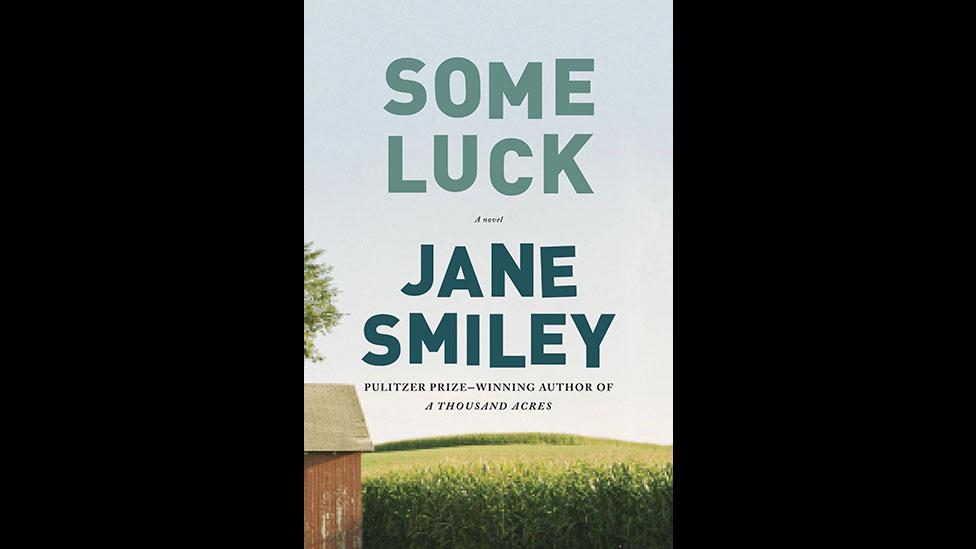 The first novel in Smiley’s proposed Last 100 Years trilogy, which will follow one family’s lives through the decades from the 1920s to the 1950s, returns to the Iowa farmland she knows so well. (She won the Pulitzer and US National Book Critics Circle awards in 1992 for A Thousand Acres.) In 1920, Walter and Rosanna Langdon have the farmer’s faith that each year can bring abundance or disaster. As their five children grow up, only one remains on the land. Some Luck offers an intimate portrait of a family and a country in the midst of cultural ferment and technological flux. In Smiley’s hands, these snapshots of a not-too-distant past evoke strong emotions – and anticipation of future installments to come. (Knopf) 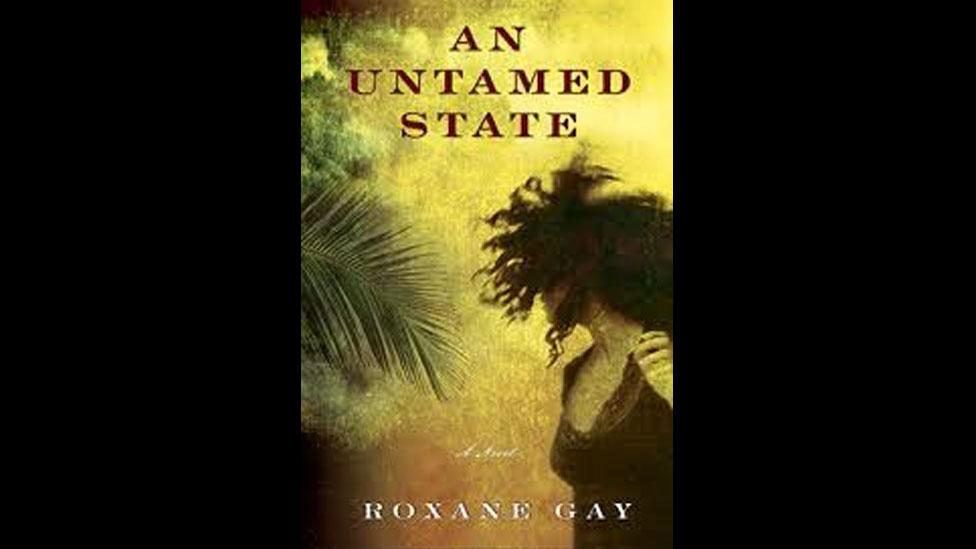 Roxane Gay’s disturbing and timely first novel begins with a moment of horror: “Once upon a time… I was kidnapped by a gang of fearless yet terrified young men… They held me captive for 13 days. They wanted to break me.” Snatched from her car in the Haitian capital Port-au-Prince as her husband watches helplessly, Mireille is held for $1m in ransom. After her miraculous return to her husband and baby son, the echoes of torture remain. Gay’s story is not simply about the all too common experience of the abuse of women around the world. She highlights the “kind, necessary things” Mireille experiences as her mother-in-law helps her to heal, and to move forward, accepting “the woman she has become”. (Grove/Atlantic) 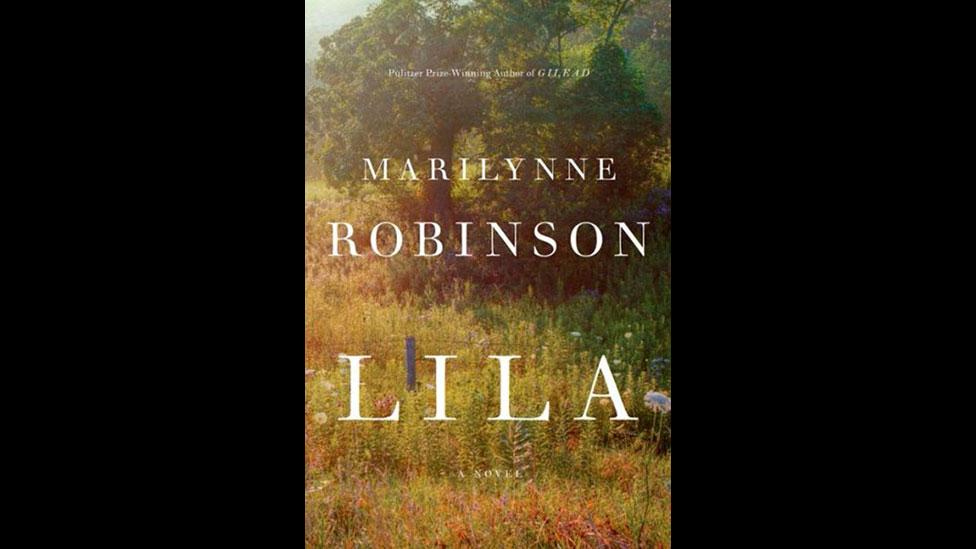 Robinson won the Pulitzer Prize for Gilead, in which the Reverend John Ames tells his young son the story of his and their campaign against slavery before the American Civil War. Lila completes the family circle by describing the life of the boy’s mother, Ames’ much younger second wife. Lila was orphaned and raised by Doll, a migrant worker during the desperate times of the Great Depression. Lila comes to the town of Gilead after Doll dies violently and ducks into Ames’ church during a rainstorm. “I just been wondering why things happen the way they do,” she tells him. “I’ve been wondering about that more or less my whole life,” he responds. Robinson tells the story of their love with prose shot through with light and grace. With Lila, Robinson offers us yet another miraculous and momentous portrait of America. (Farrar, Straus and Giroux) 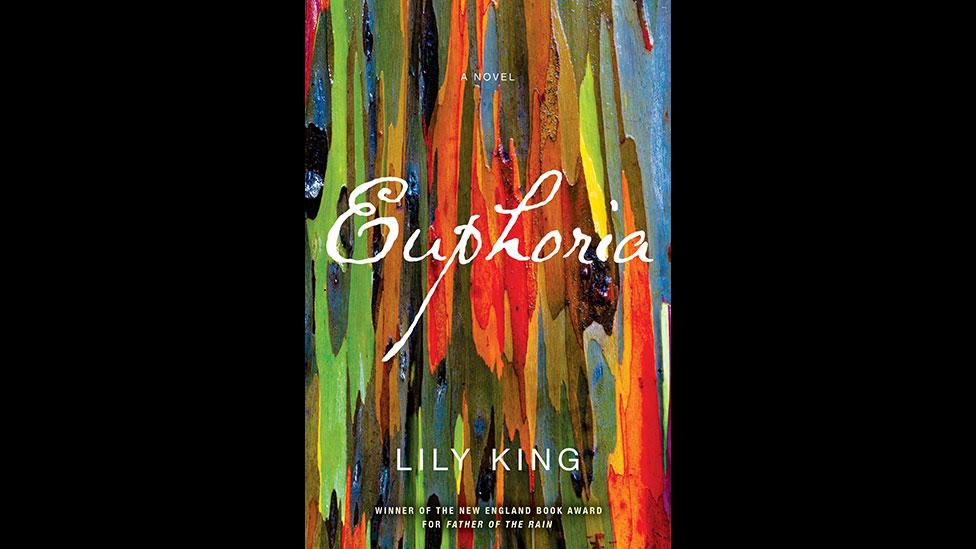 Euphoria, which won the first Kirkus Reviews fiction prize, is, at its simplest, the story of a love triangle involving three ground-breaking anthropologists – Nell, Fen and Bankson, inspired by Margaret Mead, and her husbands Reo Fortune and Gregory Bateson. It’s set at an important point in their work, in the 1930s, when the three are all doing research along the Sepik River in New Guinea. King captures the exhilaration of field work, beginning with initial contact, when everything is new, including the language, and building toward the moment when, as Nell writes in her journal, “you’ve got a handle on the place… It’s the briefest, purest euphoria.” King alternates between Bankson’s narrative and Nell’s daily journals, offering varied perspective on her tale and building suspense as she explores the powerful forces that draw these three into deadly competition. (Atlantic Monthly Press)