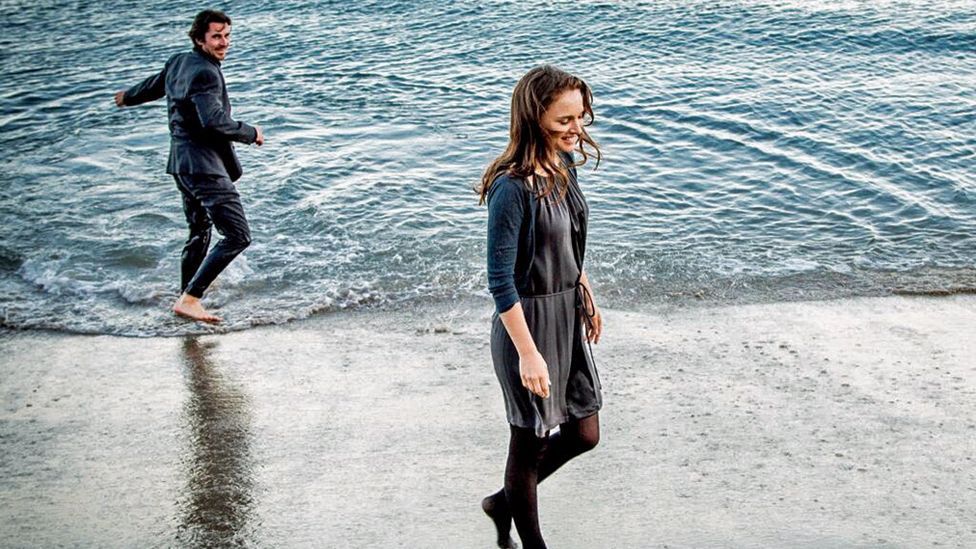 Whenever you’re feeling miserable, it’s always worth bearing in mind that some people are less fortunate than you are. Take, for example, Rick (Christian Bale), the angst-ridden screenwriter at the centre of Terrence Malick’s latest cinematic reverie, Knight of Cups. “I spent 30 years of my life not living it, but ruining it for myself,” he broods. “Where did I go wrong? I can’t remember the man I wanted to be.”

And it’s no wonder he’s so gloomy. The poor soul is handsome and healthy, and he is being paid a fortune to write screenplays for Hollywood’s top comedian. If that weren’t nightmarish enough, his writing commitments don’t entail any actual work, so he has to pass the time by strolling along the beach in his Armani outfit, usually in the company of his latest eye-meltingly gorgeous girlfriend. And it gets worse. Sometimes he’s forced to attend star-studded house parties, or to stand in the desert and gaze at the sunrise. He is even chased around boutique hotel rooms by models in skimpy lingerie. Where did he go wrong indeed?

All right, so Rick’s trials and tribulations may not sound especially punishing, but Malick wants us to take his chiselled hero’s existential crisis very seriously. Like his last two films, The Tree of Life and To the Wonder, Knight of Cups is an experimental, impressionistic collage which replaces most of its dialogue with fragmentary narration, and which abandons linear plotting in favour of woozy, elliptical montages punctuated by cryptic chapter headings. It presents itself as being more spiritual and profound than a conventional movie – and for the first few disorientating minutes, the viewer can go along with its own assessment. Soon, though, it’s plain that when Malick’s idiosyncratic methods are applied to an over-privileged California playboy, they don’t result in inspirational art. The result is ludicrous self-parody – somewhere between a Calvin Klein aftershave advertisement and a coffee-table book about the modernist mansions of the rich and famous.

The horror, the horror

Of course, it’s not impossible to make a sympathetic study of someone who is awash in designer-suited luxury. La Dolce Vita is the obvious example, and the numerous shots of helicopters in Knight of Cups may refer to the opening sequence of Fellini’s glittering bonfire of the vanities. But Malick is too vague about the nature of his hero’s dissatisfaction to engage us: if it weren’t for the portentous woe-is-me slogans that Bale recites in voiceover, we might not realise he was unhappy at all. It’s not as if Rick is addicted to drugs or alcohol, and he certainly hasn’t lost his looks or his career. The film’s most dramatic events are an earth tremor and a break-in, but neither of them has any effect on him. He watches his wired brother (Wes Bentley) arguing with their gruff father (Brian Dennehy), but their dialogue is so low in the sound mix that we don’t hear what they are arguing about. And while Rick may have split up with his wife (Cate Blanchett), it doesn’t bother him too much, probably because his parade of lovestruck younger partners includes Imogen Poots’ wild child, Freida Pinto’s fashion model, Teresa Palmer’s wisdom-spouting pole dancer and Natalie Portman’s married woman. And that’s not counting all the models in lingerie. If Malick wanted nothing more than to put Hollywood’s most celebrated fashion plates in front of his bobbing and weaving camera, then he’s achieved his aim. But if he wanted us to care about Rick’s first-world problems, then he’s gone about it the wrong way.

Still, if it’s difficult to feel sorry for Rick, it’s all-too easy to feel sorry for the actors, who appear to be wandering around the streets and apartments of Los Angeles without any idea of what they are meant to be doing. The one scrap of direction that Malick seems to have given Bale was, “Walk very slowly and don’t say anything.” Rick’s various girlfriends, in their assorted floaty dresses, all seem to have been told to dance and skip like schoolchildren at every opportunity. And there are times – such as when Portman shoves her toes in Bale’s mouth, or when Bentley jabs a fork into his own hand – when the actors’ desperation is embarrassingly palpable. Clearly, they felt they had to do something, however hammy and amateurish it might be.

Malick being Malick, he does put together some striking sun-kissed images, and he does – sometimes – generate a mesmerisingly dreamy mood. If nothing else, the orgiastic catalogue of parties, hotels and corporate skyscrapers may be valuable to future generations as a record of Western capitalism at its most vapid and decadent. It’s just a shame that the film itself is no less vapid and decadent than the lifestyle it’s depicting.