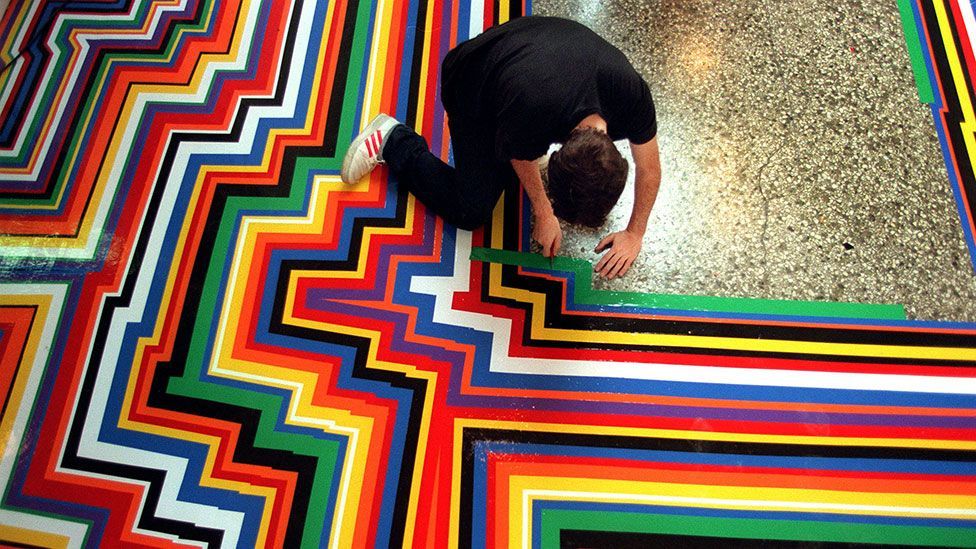 Something funny has been happening with painting lately – it seems in terrible shape and yet also in better health than ever. The endless boom of the art market, which privileges painting and especially abstraction, has given us a new generation of ‘zombie formalists’, churning out safe, easily sellable pictures that look good in digital reproduction and in the booths of ever-multiplying art fairs. And yet, beyond the frenzied market scene,  the art of painting seems to be thriving. Biennials that used to contain nothing but video and installations now bulge with not just abstraction but also figurative painting – last year’s Gwangju Biennale in Korea was a feast of representational art.

Is painting healthy or sick? And why is it so hard to tell? The Forever Now, a divisive show of contemporary painting now on view at the Museum of Modern Art in New York, argues that painting is as healthy as it’s ever been – it just isn’t interested in being novel anymore, and instead recycles or redeploys pre-existing styles for new purposes. Whether or not that argument convinces you or not (it didn’t convince me), the very fact that MoMA has organised a contemporary painting show for the first time since 1984 attests that the stakes of painting are higher than they’ve been for a while. 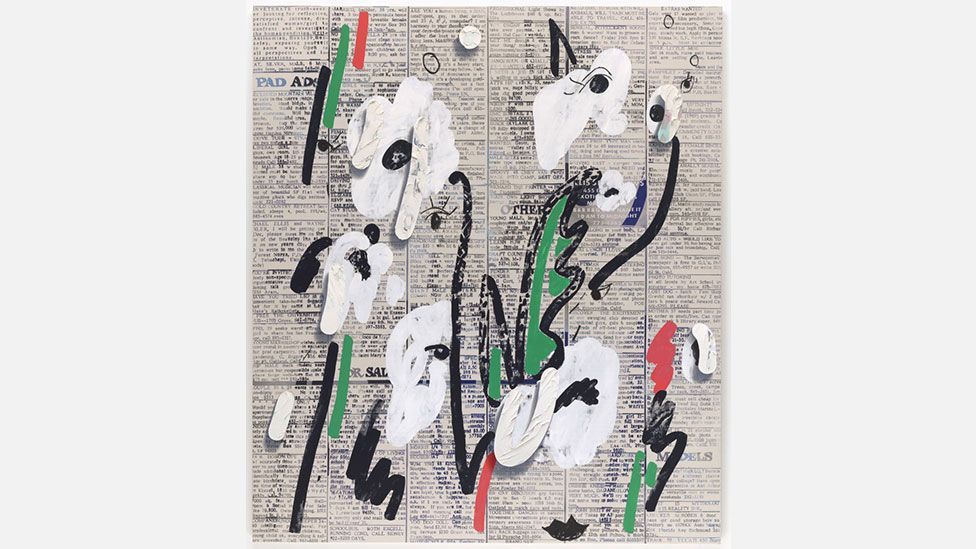 Painting Now, a new book by the art historian Suzanne Hudson, takes a much deeper and more historical look at the status of contemporary painting than MoMA’s The Forever Now. It takes in the work of more than 200 artists, and yet it’s much more than the usual coffee-table survey. Hudson shrewdly looks away from style as she assesses the state of painting, and instead insists that “a painting [be] tested or evaluated relative to the history and tradition of the medium”. That gives her the welcome freedom to think not only about paintings themselves, but about their motives, their production and distribution, their framing and their institutions. It also means that, unlike many fans of painting happy to brush away recent history, Hudson dives headfirst into the choppy waters of painting’s status among the arts.

Painting has been declared dead so many times over the past 150 years that it can be hard to keep track. But in her introduction, Hudson pinpoints two developments in the history of art that shook painting to its foundations, in both cases almost fatally. One was the invention of photography in the 1830s. Photographs did more than just depict the world better and faster than painting; they also made entire painterly languages defunct, from military painting to academic portraiture. (“From today, painting is dead,” the academic painter Paul Delaroche is purported to have said after seeing a daguerreotype for the first time.) Ever since, painting has in some ways functioned in dialogue with the camera. In some cases that dialogue takes the form of rejecting photographic realism, such as in the unnatural colour of Van Gogh. Or the dialogue is between equal partners. That can be via the use of silkscreened imagery, most famously by Andy Warhol; via a hyperrealism of Richard Estes or Franz Gertsch, whose paintings are ‘more photographic’ than photographs; or via more painterly effects that nevertheless advertise their photographic source, as in the art of Gerhard Richter and Chuck Close.

After photography, the other body blow to the primacy of painting came in the 1910s, when Marcel Duchamp elevated a bicycle wheel, a bottle rack and an upturned urinal to the status of art. Even more than photography, the ready-made object struck at the heart of painting’s self-justification. Not only did Duchamp recalibrate the terms of artistic success, privileging ideas over visuals. He also eliminated the need for the artist’s hand in a way photography never entirely did. (Indeed, many photographers of the early 20th Century, from Ansel Adams to Edward Steichen, consciously imitated painting techniques.) Duchamp’s insurrection removed technical skill as a painterly virtue, and by the 1960s an artist like the minimalist sculptor Donald Judd could confidently say, “It seems painting is finished.”

Some styles of painting really did undergo a kind of death in the 20th Century. So-called neo-expressionism, whose big bad canvases by such figures as Julian Schnabel and Francesco Clemente fetched millions in the 1980s, may have pleased the market but had little to offer anyone who cared about the history and potential of the medium. Today’s ‘zombie formalism’ is much the same. But painting that acknowledges the challenges the medium has faced and builds from there is doing very well indeed. “Painting, too, is capable of manifesting its own signs,” Hudson writes. “Painting has become more, rather than less, viable after conceptual art, as an option for giving idea form and hence for differentiating it from other possibilities.”

In the last century abstraction was seen as the supreme, even the only, form of advanced painting. But in recent decades, as painting has thrown off the yoke of avant-garde prescriptivism, figurative painting has been on a noted upswing. Some make use of appropriated media imagery, notably Luc Tuymans, whose colour-sapped paintings of Condoleezza Rice or Patrice Lumumba redeploy photographic representations. (Last month, he lost a plagiarism suit against the photographer of one of the images he painted; he is appealing.) Others prefer observation without cameras, such as Josephine Halvorson, who paints modest tableaux of rural buildings from arm’s length, or Liu Xiaodong, whose plein-air paintings of young Chinese students recall Manet and Courbet. Perhaps the biggest omission from Hudson’s book is Catherine Murphy, who is not only one of America’s greatest painters but also a professor who taught generations of students at Yale Art School. 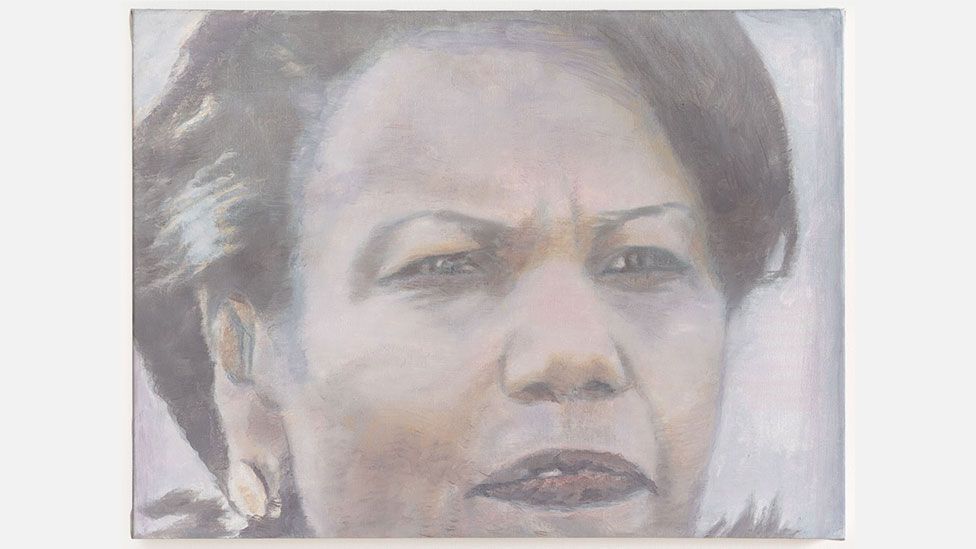 Painting has also moved off the canvas, and even off the walls. Imran Qureishi, from Pakistan, makes not only miniature paintings but also all-encompassing installations drawn directly on the floor and the walls, often featuring blooming floral motifs in blood-red acrylic. Jim Lambie plays off the architecture of the spaces in which he exhibits, covering the floors with multi-coloured vinyl tape. Paintings also now function frequently not as stand-alone artworks, but as elements of a larger network of artistic procedures. The influential painter Jutta Koether, for instance, does not only paint; she also designs the presentation of her paintings, complete with special lighting and ad hoc viewing platforms, and sometimes performs in the gallery alongside them.

Koether’s expansive practice of painting is a good counterweight to the big question surrounding the rude health of the medium – a question that goes unasked in Hudson’s fine book. That is the question of the market. When I visited her studio a few years ago, the artist RH Quaytman – known for her brainy, reflexive paintings organised into chapters, like a book – lamented how the demands of collectors and markets were powerful enough to move art history. “Art fairs, jpegs and the entire bloated art market are responsible for the resurgence of painting as opposed to all other art forms,” she told me. “I’m sad that it is the structure of the art market that has revalidated and reinvigorated painting.… It’s easy to store, it’s easy to transport, it works well enough on the internet: it turned out that painting was, despite itself, the perfect tool. The problem is, whose tool is it?” Every painter should ask themself that question when they turns to the empty canvas.