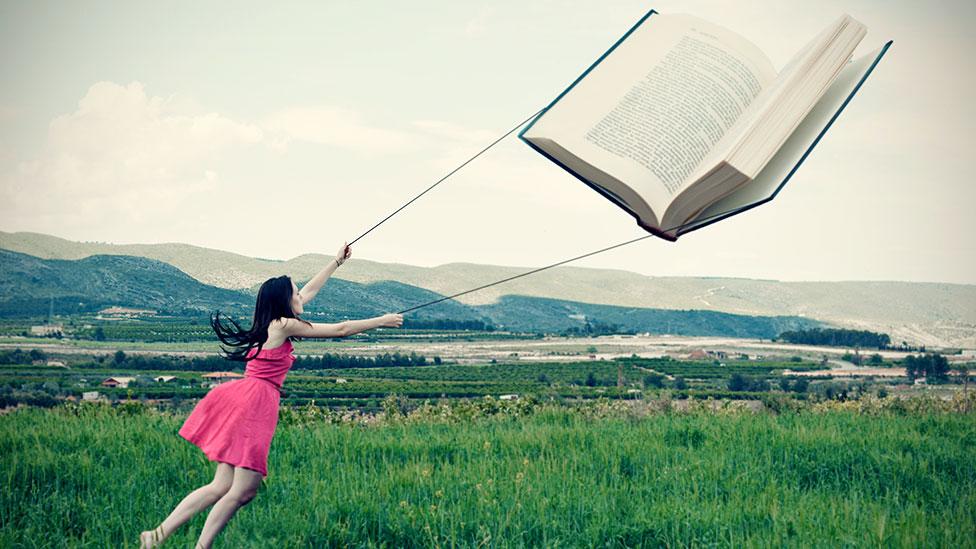 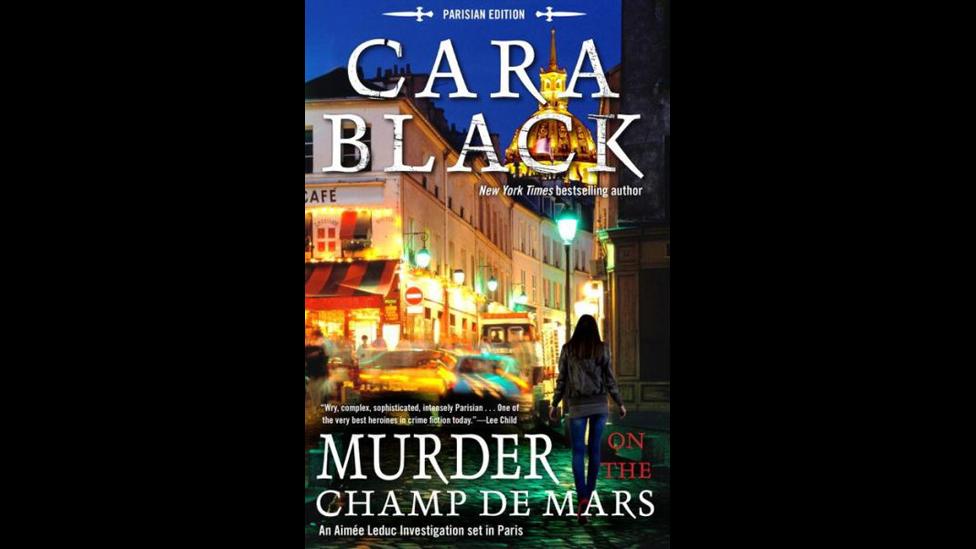 Black’s delectable series about private investigator Aimée Leduc’s – there have been 14 books to date – take place in beautifully etched Parisian neighbourhoods. Her 15th is centred in the elegant seventh arondissement: “These streets sheltered enormous wealth, secret gardens and courtyards, the prime minister’s residence, seats of government and a few ancient convents.” It’s Easter 1999. As Aimée returns from maternity leave and learns to juggle being a single mother with running her detective agency, the father of her six-month-old daughter threatens to try and take custody. Meanwhile, a young Gypsy boy begs her to see his dying mother, who may know something about the death of Aimée’s father, killed in a bomb explosion in the Place Vendôme. Another smashing and suspenseful tale. (Soho Crime) 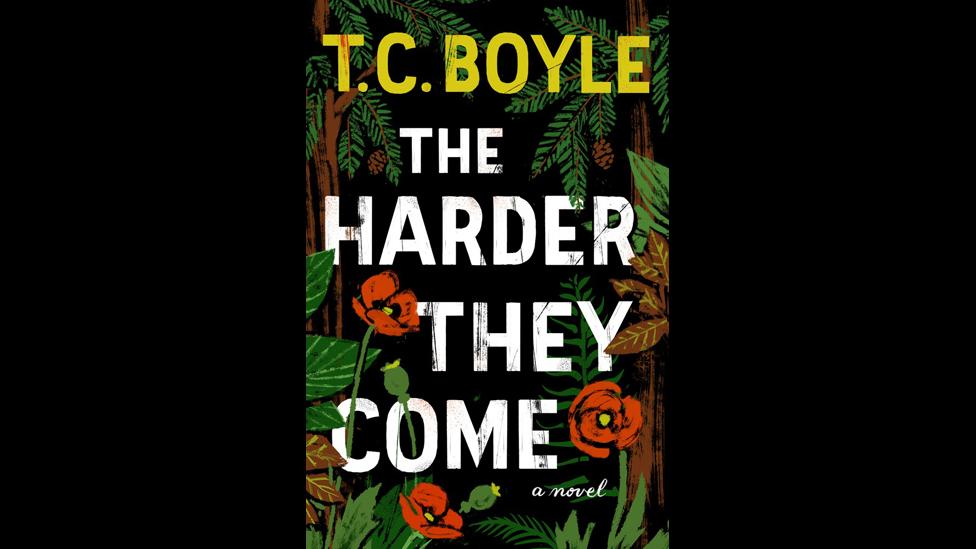 TC Boyle, The Harder They Come

Boyle is a genius at capturing social microcosms and excavating emotions simmering beneath the surface of contemporary America. His new novel (his 15th), inspired in part by a true-life California manhunt, is Boyle at his best, as he sends a troubled Mendocino County family into a violent tailspin. While on holiday in Costa Rica with his wife Carolee, a former Marine and retired school principal kills a man attempting to rob a tour bus. Back home, his paranoid schizophrenic 20-something son Adam is living in the woods, armed with his grandfather’s rifle at growing a crop of opium poppies. His older girlfriend is a right-wing anarchist whose attitudes have led her to be wanted by the police for a series of minor infractions that are building into serious trouble. A gripping and revelatory tale. (Ecco) 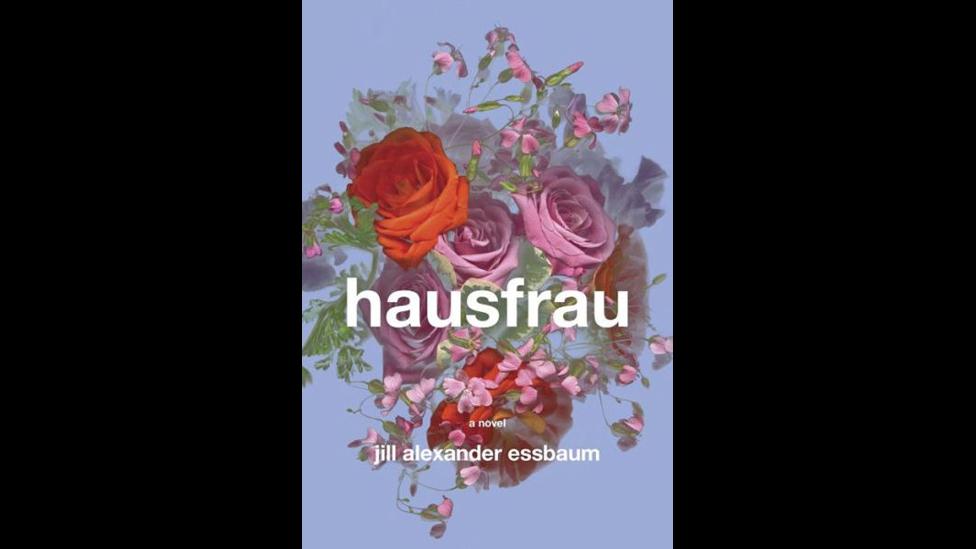 Hausfrau opens simply: “Anna was a good wife, mostly.” American ex-pat Anna Benz has lived outside Zurich in her Swiss husband’s hometown for nine years, but doesn’t drive, doesn’t speak German and hasn’t made friends. She loves her two school-age sons and baby daughter. At one time she loved her husband Bruno, who works for a large bank. Now boredom and trains – Swiss trains that really do run on time unless “someone jumps in front of one” – carry her through the days. Once she begins to act, studying the language and beginning Jungian analysis with the memorable Doktor Messerli, Anna slides into a series of affairs with disturbing ease. Hausfrau is authentic in its depiction of a strikingly passive woman whose betrayals overwhelm her. There are distinct echoes of Anna Karenina. But it is wordcraft, structure and restrained intimacy of this first novel that make it a standout. (Random House) 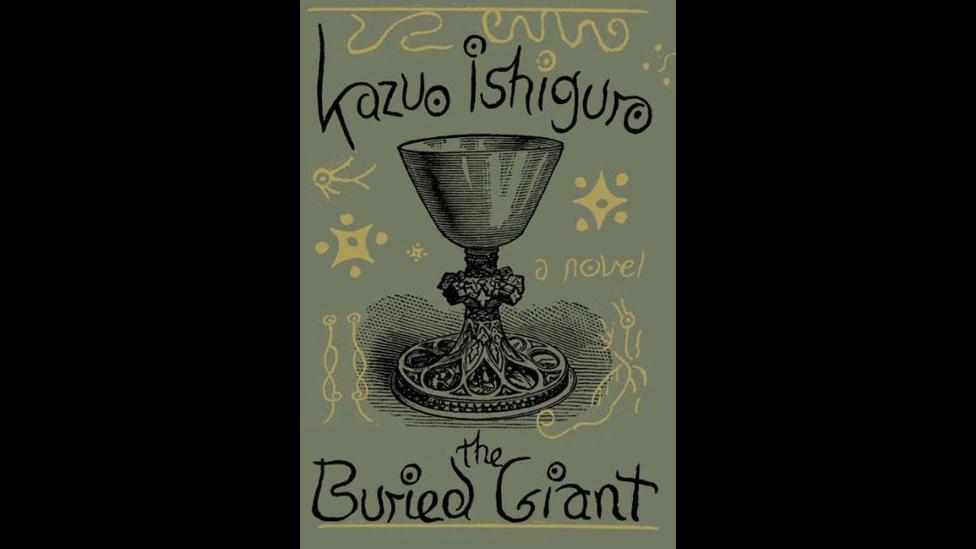 The seventh novel from Booker Prize-winning Ishiguro, the first in 10 years, is set in a barren post-Roman Britain, not long after the death of King Arthur. Axl and Beatrice, an older Briton couple, set out in search of a son they barely remember; indeed, the land seems buried in a mist of forgetfulness. “It's queer the way the world's forgetting people and things from only yesterday and the day before that,” Ishiguro writes. “Like a sickness come over us all." On their travels they encounter a Saxon warrior named Wistan, a young boy seeking his lost mother, the dragon Querig, whose breath has caused the widespread amnesia, an elderly Sir Gawain and other allegorical figures whose meanings coalesce slowly over time. Turning to historical fantasy is an intriguing choice for Ishiguro; his dreamlike narrative leads to a potent conclusion. (Knopf) 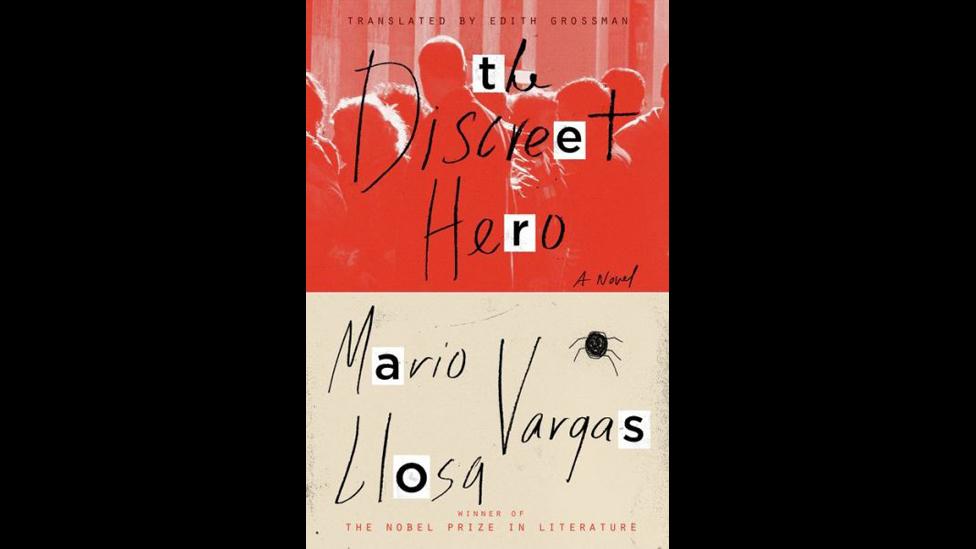 This is Vargas Llosa’s first new novel since he was awarded the 2010 Nobel Prize in Literature for his “cartography of structures of power and his trenchant images of the individual’s resistance, revolt, and defeat.” At its centre are two quietly courageous businessmen whose lives intersect. Felicito, who owns a trucking business in Piura, Peru (Vargas Llosa’s adopted hometown) begins to receive anonymous letters of extortion. “This is the result of progress,” says the police sergeant Felicito turns to for help. “When Piura was a poor city, these things didn’t happen.” Ismael who runs an insurance agency in Lima, discovers while recuperating from a heart attack that his twin sons wish him dead so they can claim a rich inheritance. In retaliation, he marries his maid. Vargas Llosa offers a fascinating vision of newly prosperous –and corrupt – Peru. (Farrar, Straus and Giroux) 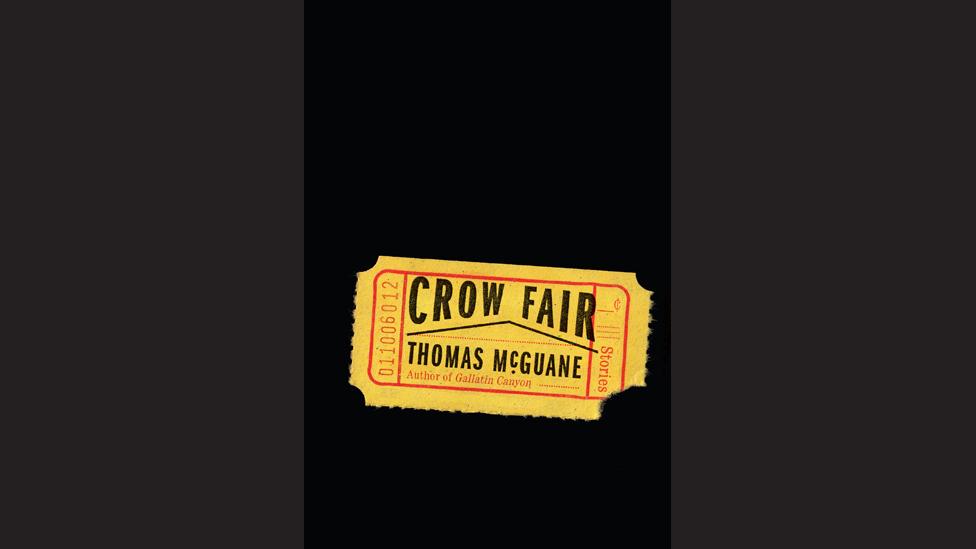 This first new collection in nine years from master storyteller McGuane has drawn a quartet of stellar pre-publication reviews. In 17 stories set in present-day Montana, he writes of marriage, neighbourliness and generational ties, alternating seamlessly between tragic and truly wacky. In The House on Sand Creek, a man’s Croatian bride leaves him because he moves her into a house with a dead horse out front and a porch step piled high with coyote carcasses. He welcomes her back several years later with her baby son by a Nigerian neurosurgeon; as they fall into bed, he notices across her lower back an architectural tattoo of Le Corbusier’s plan for the High Court of Chandigarh in India. Only McGuane could make this story work. Crow Fair will thrill McGuane fans and draw new readers to his spare, ironic tales. (Knopf) 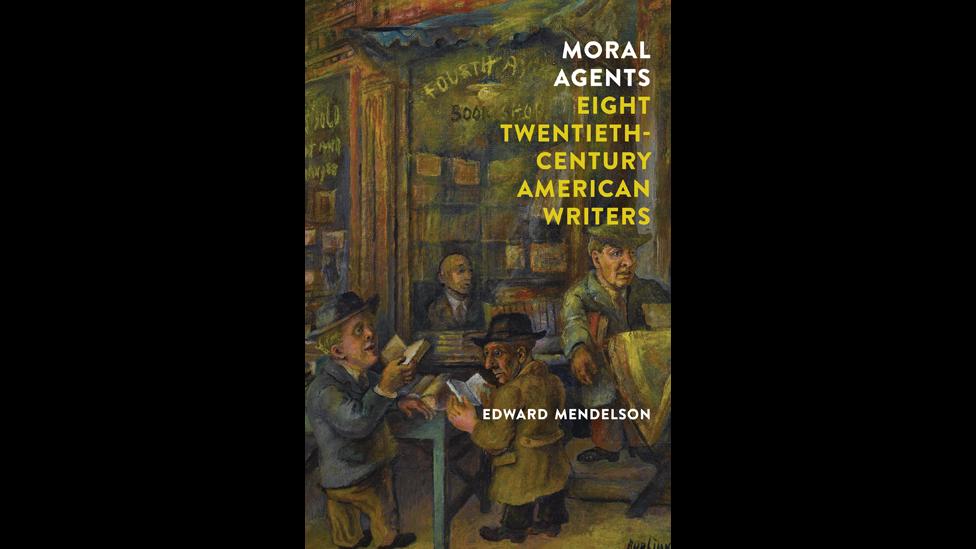 In essays adapted from The New York Review of Books, Mendelson creates a group portrait of eight writers whose lives as public intellectuals in the city shaped the 20th Century. He traces the influence of Lionel Trilling, whose The Liberal Imagination, published in 1950, “set the agenda for intellectual life” in the US; the critic Dwight Macdonald, whose magazine Politics had international influence; William Maxwell, the fiction editor who established The New Yorker style; Jewish émigré critic Alfred Kazin; novelist Saul Bellow; Norman Mailer, “the most celebrated and reviled American writer of his time”; and poets Frank O’Hara and WH Auden. Written with clarity and grace, these essays serve as an essential guide to an era when literary powerbrokers set the cultural agenda. (New York Review Books) 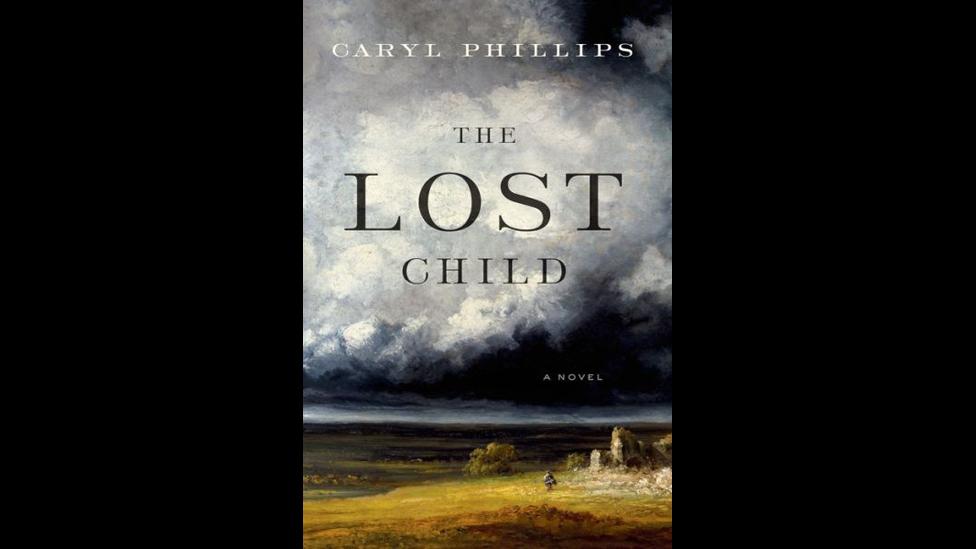 Inspired obliquely by Wuthering Heights, Phillips’ 10th novel is a haunting meditation on the fate of displaced children. He opens with a section envisioning Heathcliff as the child of an unnamed West Indian slave woman begging on the London docks (“a third homeland in one lifetime”). Her only comfort is her hope for her son, whose “strong and tenacious heart beats in his tiny body”. Phillips also writes of the Brontë sisters and their half-brother Bramwell and one densely textured section describes Emily’s death. His major narrative focus, though, is on Cathy Earnshaw. Monica Johnson is raising two sons in the north of England in the late 1950s, separated from her West Indian husband, an anti-colonial activist, and estranged from her own parents. Monica suffers losses and an eventual breakdown. Written with gorgeous compression, The Lost Child joins Jean Rhys’ The Wide Sargasso Sea as a masterful reimagining of a Brontë classic. (Farrar, Straus and Giroux) 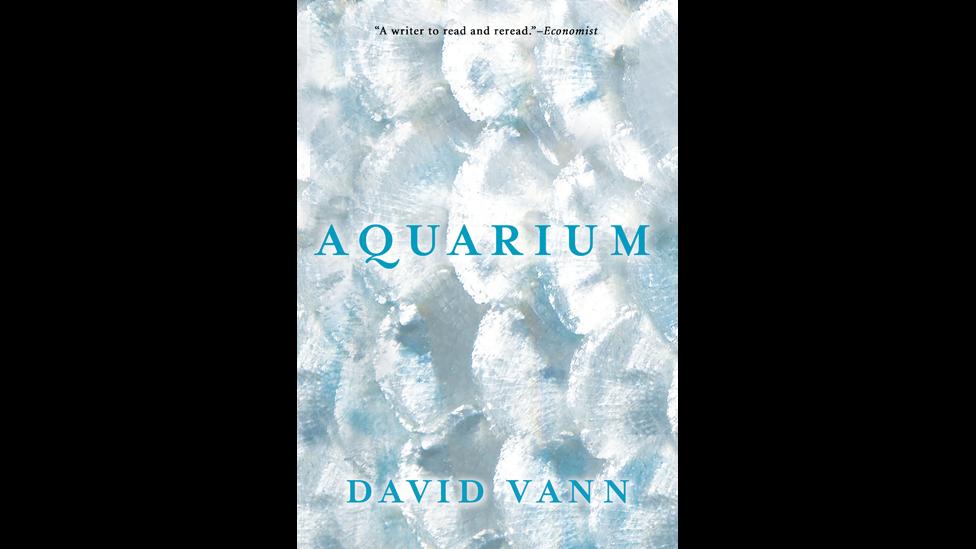 Since Legend of a Suicide (2008), the fearless and talented Vann has won 15 literary awards, including France’s Prix Médicis étranger and Spain’s Premi Llibreter. In his fourth novel he constructs a haunting three-generational family triangle. At its centre is 12-year-old Caitlin, who waits at the Seattle Aquarium every day after school for her single mother, who works on the docks, to pick her up. “The aquarium itself felt like it was underwater, a submarine at tremendous depth,” Vann writes. Caitlin meets an elderly man there, and joins him each day to talk about the fish. When her mother Sheri learns about it, she calls the police to arrest the man as a paedophile, only to discover he has surprising ties to her own traumatic childhood. Vann captures a young girl’s yearning for love and a mother’s own blighted childhood with heartbreaking skill. (Grove Press) 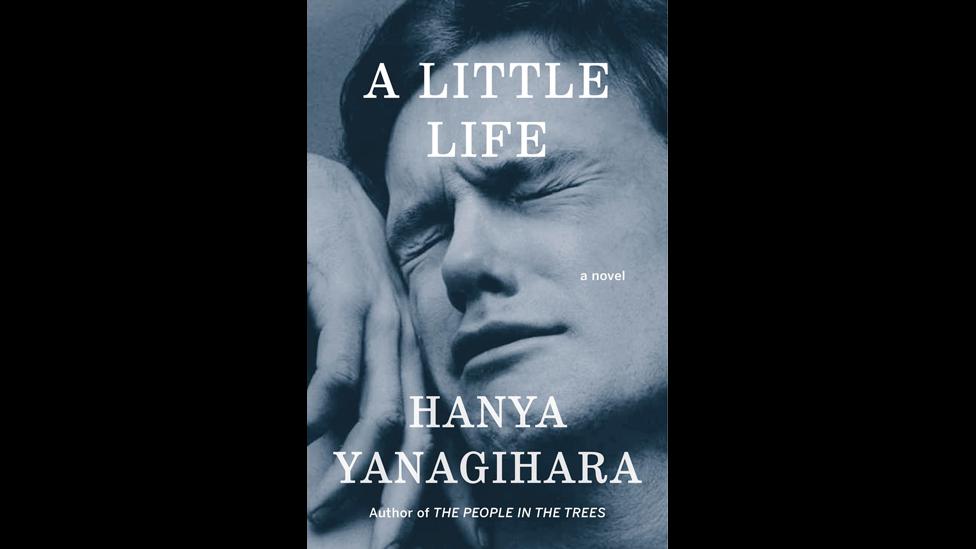 In a breathtakingly intimate novel, Yanagihara (The People in the Trees) follows four college classmates for three decades after they move to New York City, find cheap apartments and take entry-level jobs. JB, who starts as a receptionist for a small SoHo magazine that covers the downtown art scene, builds a career from painting portraits of his friends. Malcolm, an architect, ultimately creates designs for the others’ apartments and houses. Willem becomes a film star. The most complex and powerful story belongs to Jude, a successful lawyer and Willem’s partner, whose traumatic secrets from his orphan childhood are revealed gradually, along with the extent of the damage to his mind and body. Yanagihara describes their interwoven hopes and dreams, tragedies and failures with a powerful intensity. (Doubleday)