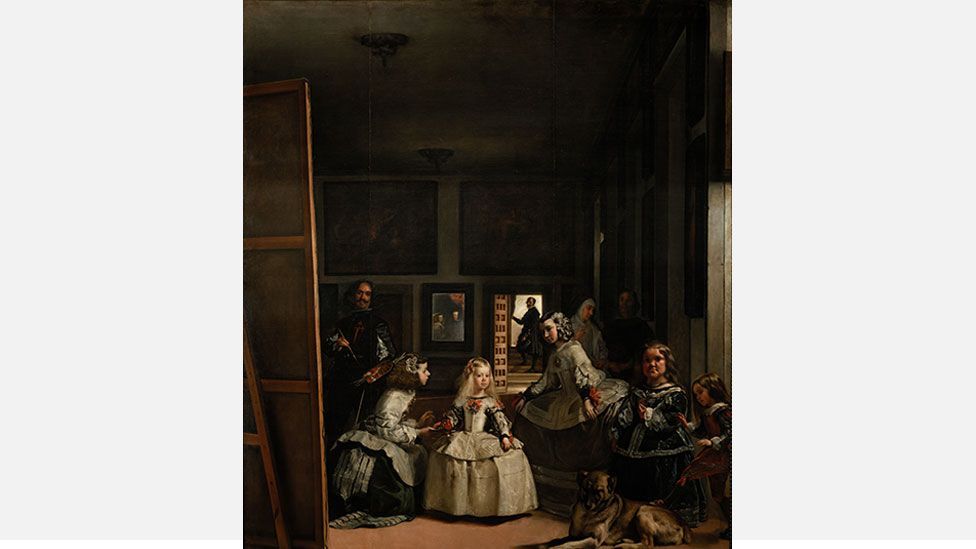 By Jason Farago 20th March 2015
Diego Velázquez changed western art – and the relationship of artist, artwork and spectator – by placing himself in his painting, says Jason Farago.
O

On 25 March the exhibition Velázquez – no subtitle needed – opens at the Grand Palais in Paris. With 51 of his paintings, or about half of his entire output, it’s one of the largest exhibitions ever of the master of Seville. And the paintings on loan, amigos y amigas, are major. The Rokeby Venus, in which the goddess of love gazes at herself in a mirror held by Cupid, has hopped the Eurostar from London’s National Gallery, while the Galleria Doria Pamphilj in Rome has parted with its stern and eternal portrait of Pope Innocent X. As for the Prado, it has lent no fewer than eight Velázquez paintings, among them the delightful equestrian portrait of a six-year-old Prince Balthasar Carlos and the stark full-length image of the jester Pablo de Valladolid. When Manet saw the latter, he wrote to his fellow painter Fantin-Latour that it was “perhaps the most astonishing piece of painting that has ever been made.” 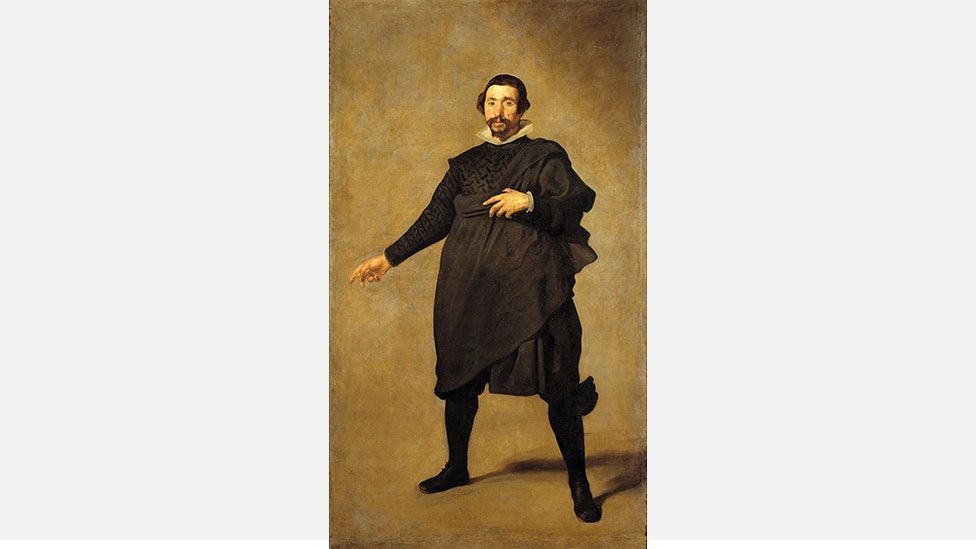 But one major work will not be there. Las Meninas isn’t budging from its wall at the Prado; it never does, and never will. The Paris exhibition will, however, include another version of the masterwork – a modelletto by Velázquez himself in some estimations, though probably just a later copy – loaned from a National Trust property in Dorset. In a funny way, the absence of Velázquez’s most important artwork in the galleries of the Grand Palais might be for the best. It is such a self-contained masterpiece, its gravitational force so absolute, that if you want to understand Velázquez, it might be best to start in Paris for now. Then head to Madrid, and experience one of the most overpowering paintings in western art history.


It doesn’t seem so mysterious at first glance. In the centre of the composition is Margaret Theresa, the five-year-old infanta and the only surviving child of King Philip IV and his new young queen Mariana. (Margaret later became Holy Roman Empress, only to die at 21.) Framing her are two ladies-in-waiting, the meninas of the title, and to the right is a pair of dwarves and a dog. To the left is none other than Diego Rodríguez de Silva y Velázquez, who by 1656 had become palace chamberlain – a major honour in an age when painting was still seen as a craft, not one of the fine arts. We are not in his studio, but in a royal chamber lined with other artists’ paintings Velázquez has, rather arrogantly, depicted in shadow. 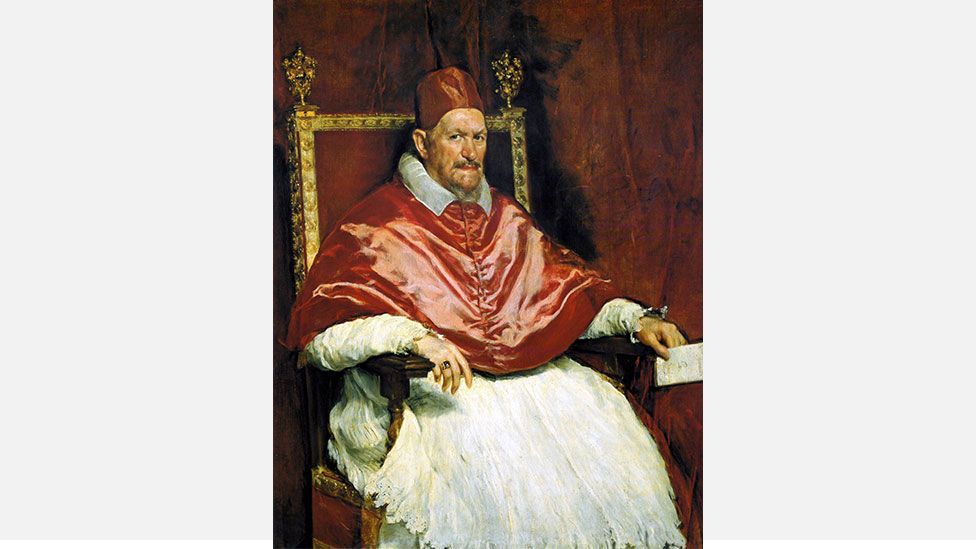 So at first glance Las Meninas is a portrait of the infanta. But it’s not so simple. Nothing, you figure out quickly, is simple with Las Meninas.

First of all, the infanta is facing the wrong direction for Velázquez to paint her. She’s not looking at the painter, she’s looking at us. So is Velázquez. So are the meninas. So is the guy hovering in the doorway: the chamberlain Don José Nieto Velázquez, who may or may not have been a relative of the painter. And given how the light falls – note the bright carpeting at the bottom of the composition, compared to the crepuscular top half – we can presume that just out of the picture frame are the true subjects of the painting-in-the-painting, the only people important enough to command such noble attention: Philip and Mariana, who are reflected in the mirror at the back of the composition. In other words, the king and queen are standing where we are standing. We are the beholders, but also the royals.

But that isn’t possible either. Only the upper bodies of the king and queen appear in the mirror, and their reflections are too large for them to be standing in our position. If they were, moreover, then the mirror would also reflect the back of the infanta’s head. Possibly the mirror reflects the painting-in-the-painting, but that seems unlikely as well given the angles of the composition – and there are no surviving paintings of Philip and Mariana anyway. You could infer that Velázquez is painting the infanta while looking at a giant mirror on the fourth wall, making the painting-in-the-painting Las Meninas itself. That seems plausible when you remember that Las Meninas is Velázquez’s largest painting, the only one on a canvas at the same size as the one in the composition – and yet such a reading cannot account for the reflected king and queen or the gazes of the infanta and the taller dwarf. 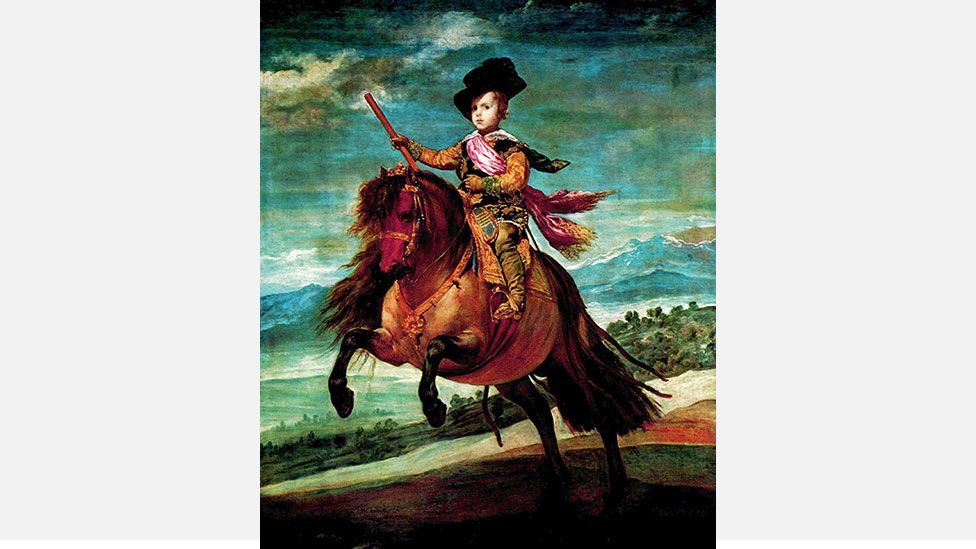 The only conclusion to be drawn is that the spatial arrangements of Las Meninas are in constant flux, and that something larger is going on than a mere guessing game. “That space where the king and his wife hold sway belongs equally to the artist and to the spectator,” observed the French philosopher Michel Foucault. “In the depths of the mirror there could also appear – there ought to appear – the anonymous face of the passer-by and that of Velázquez.”

Not just a riddle


Las Meninas is a workout, but it isn’t a puzzle. And what makes the painting so extraordinary is that its inscrutable optics don’t moderate its enormous pictorial generosity – I’ve spent hours in front of it over the years, and it never tires me. To get Las Meninas, you have to get over the Da Vinci Code-level miscalculation that great paintings are enigmas to be solved. The mechanics and the procedures of Velázquez’s painting, so enduring after nearly five centuries, are much more important than the unknowable matter of just what’s going on.

Svetlana Alpers, one of the greatest historians of 17th Century art, has explained that before Las Meninas, Western paintings depicted space in one of two ways. One style, more Italian, treated painting as a window on the world; the artist and the viewer look from the same perspective, and figures are scaled relative to their distance from the artist/viewer’s gaze. The other style, more Dutch, was detached and objective; it treats the painterly surface as a preexisting fragment of the world, with no regard to human scale. The genius of Las Meninas, Alpers argues, inheres in its oscillation between these contradictory tactics of representation. “The world seen has priority, but also so do we,” Alpers writes. The painting assumes our presence and ignores it at the same time. It is a work of artifice and a slice of life at once. The meaning and the greatness of Las Meninas lies here – not in some secret mystery about the plot of Velázquez’s depiction, but in the very apparatus of how he depicts it. 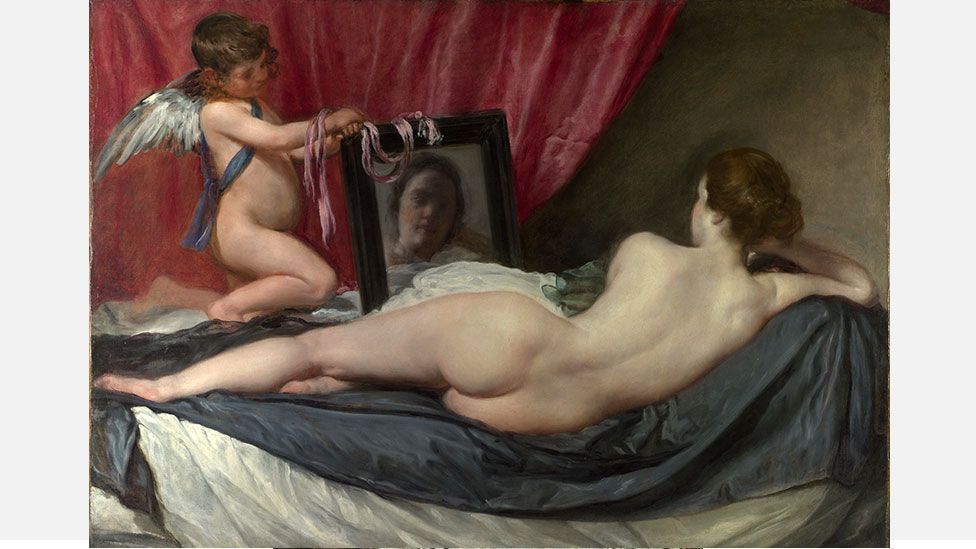 And nothing in Las Meninas confirms that double strategy more than the presence of Velázquez himself – a painter, albeit one with favour at court, who had the gall to photobomb a royal portrait. Velázquez has made the painting but also lives in the world of the painting; he is on our side looking in, but also in the painting looking out. Never before in western art had an artist depicted himself as the equal of princes, but Velázquez must have been so confident in the endurance of Las Meninas that he was ready to turn a royal commission into a self-portrait. Philip IV, anyway, seems to have approved. As Hapsburg Spain collapsed around him, he kept Las Meninas in his personal study, and no-one was permitted to gaze upon it except the man so slightly depicted in the mirror at rear. In 1659, Velázquez was inducted into the Order of Santiago, and when the artist died the next year Philip ordered a revision to Las Meninas – adding to the painter’s chest a grand red cross.