Loading
Literature
Who was called ‘A great cow full of ink’?
Share using EmailShare on TwitterShare on FacebookShare on LinkedinShare on Whatsapp 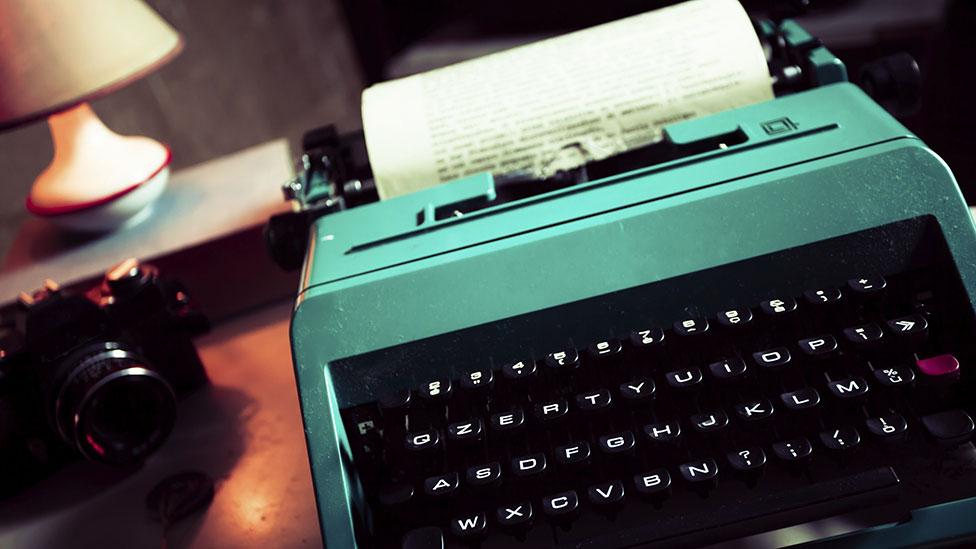 Critics can be cutting when a book displeases them, but it’s their fellow authors that writers should really be wary of. When it comes to searing vitriol, inventive invectives and sheer meanness, rarely do a reviewer’s words rival those of another author. Who was it called George Sand “a great cow full of ink”? That’ll have been Gustave Flaubert, though plenty of others have resorted to animal imagery, from Robert Louis Stevenson on Walt Whitman (“like a large shaggy dog just unchained scouring the beaches of the world and baying at the moon”) to Friedrich Nietzsche on Dante Alighieri (“A hyena that wrote poetry on tombs”).

As bystanders, there’s a special delight to be had from knowing that the greats insulted other greats. We enjoy their jibes because these are people generally known to use words to sublime, transcendent effect, and yet here they are brawling in the mud. It’s like being a kid again and hearing a teacher swear.

Sometimes, there’s a pretence to loftiness – these are arguments about truth and beauty, honest! – but more often it comes down to jealousy, irritation and elemental loathing. Here’s Wyndham Lewis, for instance: “Gertrude Stein's prose-song is a cold black suet-pudding. We can represent it as a cold suet-roll of fabulously reptilian length. Cut it at any point, it is the same thing; the same heavy, sticky, opaque mass all through and all along.” 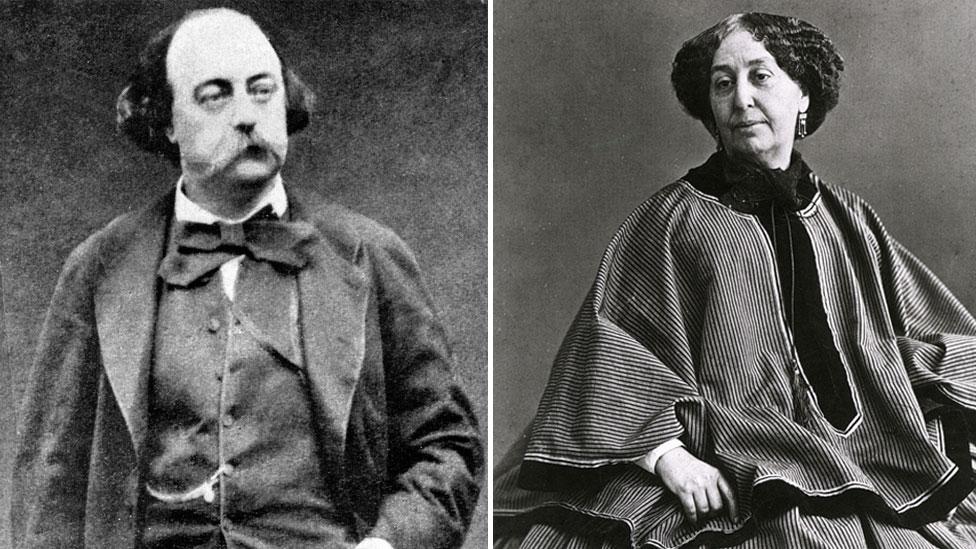 Gore Vidal couched his disdain for John Updike in more worldly terms. “I can't stand him. Nobody will think to ask because I'm supposedly jealous; but I out-sell him. I'm more popular than he is, and I don't take him very seriously... Oh, he comes on like the worker's son, like a modern-day DH Lawrence, but he's just another boring little middle-class boy hustling his way to the top if he can do it.”

Vidal knew how to hold a grudge and even took two of his adversaries, Truman Capote and William F Buckley Jr, to court, which seems a rather spoilsport move though he’s not the only author to have done so. After Mary McCarthy declared Lillian Hellman to be overrated, famously adding “Every word she writes is a lie, including ‘and’ and ‘the’”, Hellman sued her for $2.25 million. She died before the case reached trial, leaving a far from contrite McCarthy with the final word: “I was disappointed when she died. I wanted it to go to trial”.

Vidal once called Capote “a full-fledged housewife from Kansas with all the prejudices”, and on hearing that his long-term foe had died, allegedly responded: “It was a good career move.” That didn’t help Jane Austen where Mark Twain was concerned. “Every time I read Pride and Prejudice, I want to dig her up and beat her over the skull with her own shin-bone,” he fumed. George Bernard Shaw felt much the same about Shakespeare. “With the single exception of Homer, there is no eminent writer, not even Sir Walter Scott, whom I can despise so entirely as I despise Shakespeare,” he said. “The intensity of my impatience with him occasionally reaches such a pitch, that it would positively be a relief to me to dig him up and throw stones at him”.

He wasn’t alone in disliking Shakespeare. Voltaire called him a “drunken savage” whose works – a “vast dunghill”, since you ask – appealed only to audiences in London and Canada. Snobbery is a readily detected theme in author insults. As Henry James said of Henry David Thoreau, “he was imperfect, unfinished, inartistic; he was worse than provincial – he was parochial”. To Gertrude Stein, Ezra Pound was nothing but “a village explainer. Excellent if you were a village, but if you were not, not.” And as Virginia Woolf sniffed of James Joyce’s Ulysses: “an illiterate, underbred book it seems to me: the book of a self-taught working man, and we all know how distressing they are, how egotistic, insistent, raw, striking, and ultimately nauseating”. 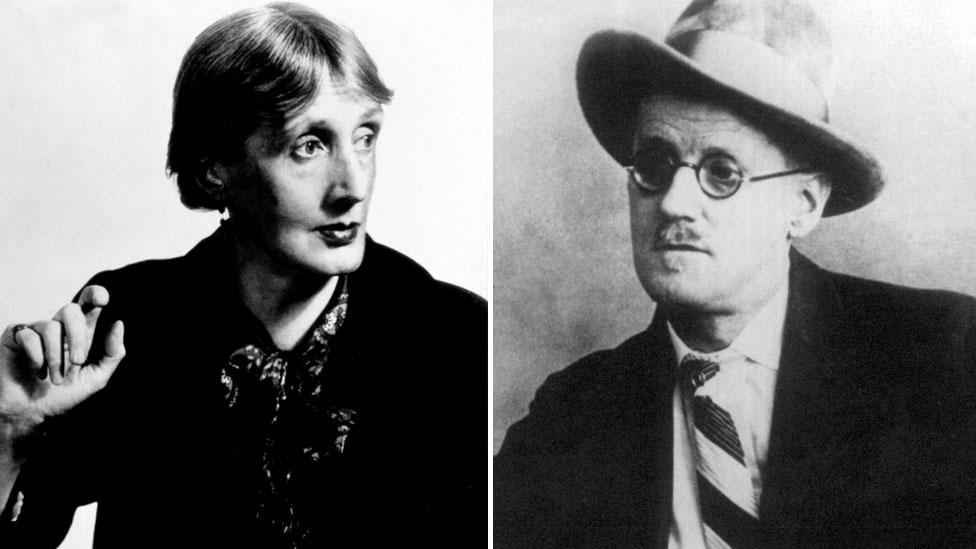 TS Eliot had a knack for damning with the faintest of praise, declaring that “[Aldous] Huxley, who is perhaps one of those people who have to perpetrate thirty bad novels before producing a good one, has a certain natural – but little developed – aptitude for seriousness. Unfortunately, this aptitude is hampered by a talent for the rapid assimilation of all that isn’t essential”.

Another poet, Byron, famously derided “Johnny Keats’ piss-a-bed poetry”. The two moved in the same circles but authors needn’t have actually known one another to get personal. “I don’t think Robert Browning was very good in bed”, WH Auden suggested. “His wife probably didn’t care for him very much. He snored and had fantasies about twelve-year-old girls”. Said Evelyn Waugh of Marcel Proust, “Very poor stuff. I think he was mentally defective”. As for Capote, with friends like him, did anyone really need enemies? “I knew William Faulkner well. He was a great friend of mine,” he said. “Well, as much as you could be a friend of his, unless you were a fourteen-year-old nymphet”.

Literary folk are equally damning when they stick to critiquing each other’s style. Of Ernest Hemingway’s short, simple sentences William Faulkner said: “He has never been known to use a word that might send a reader to the dictionary.” Hemingway once punched Orson Welles but he replied to Faulkner in kind. “Poor Faulkner. Does he really think big emotions come from big words?” He also claimed to be able to tell at what point on the page the writer had had his first drink of the day.

Norman Mailer came to punches with Vidal, who is said to have declared – from the floor – “Once again, words fail Norman Mailer”, but when he cared to use them, Mailer’s words hit harder than most fists. As he said of Jack Kerouac, “His rhythms are erratic, his sense of character is nil, and he is as pretentious as a rich whore, sentimental as a lollypop”. 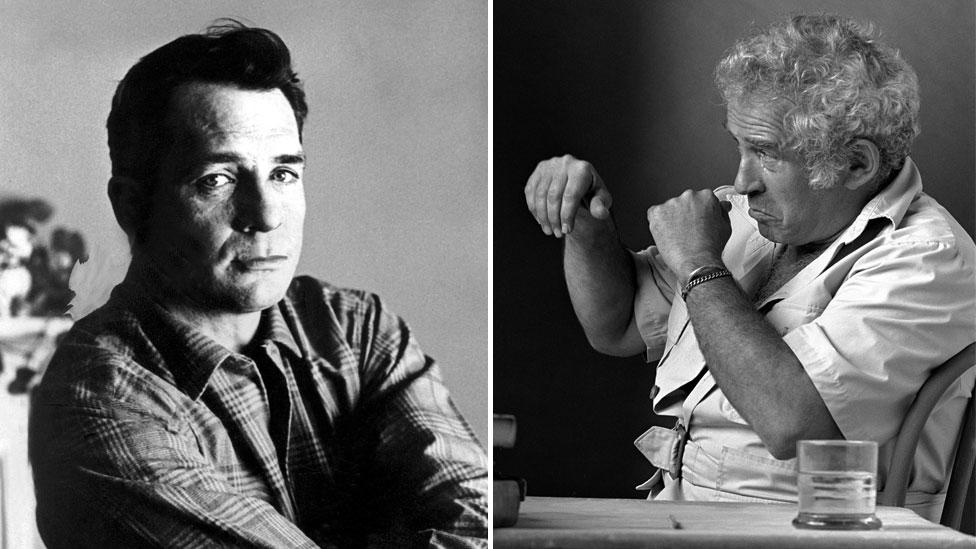 Mailer said Kerouac was "as pretentious as a rich whore, sentimental as a lollypop" (Credit: Rex/Robert Belott Alamy)

Careful to conserve their creativity, other writers have opted for terser putdowns. What did DH Lawrence make of James Joyce? “Nothing but old fags and cabbage stumps of quotations from the Bible and the rest stewed in the juice of deliberate, journalistic dirty-mindedness.” As for Hemingway, Vladimir Nabokov recalled “something about bells, balls and bulls”. He loathed it. Meanwhile, according to Oscar Wilde, “There are two ways of disliking poetry; one way is to dislike it, the other is to read Pope”.

The ultimate author-on-author insult, of course, is to simply deny that another’s work actually counts as writing. “Virginia Woolf’s writing is no more than glamorous knitting. I believe she must have a pattern somewhere”, said Edith Sitwell, who’s perhaps out-disparaged only by the tirelessly combative Capote on Kerouac: “That’s not writing, that’s typing.”

Did the days when authors really knew how to insult one another end when they quit their excessive drinking and smoking and general bad behaviour? Not if Harold Bloom’s dissing of JK Rowling is anything to go by, nor Jonathan Franzen’s writing off of John Updike, Ruth Rendell’s hating on Agatha Christie, Tom Stoppard’s maligning of Bertolt Brecht, and Martin Amis’ despairing of Cervantes, to name but a few.

Further evidence to the contrary can be found on the blog Insulted by Authors, whose creator Bill Ryan helps other writers sharpen their meanness by actually asking them to insult him as they sign copies of their books. His request has yielded between forty and fifty ‘insult books’. The project is currently on hiatus but among those who’ve so far risen to the challenge are David Mitchell (“You’re so nauseously nice”, he wrote) and George Saunders. Ryan’s current favourite is from Amy Sedaris and is, suffice to say, unprintable here, invoking her inability to call him a particular word for a particular part of the female anatomy because “you lack the warmth or depth”.

Ryan has done some thinking about why authors are so good at hurling insults. “I imagine that most authors are the type who freeze in confrontations, go home, get in bed, and craft snappy comebacks until they're convinced they'll be ready with a zinger the next time,” he told me in an email. “Authors are a little more observant and sensitive than the average clod – they know what hurts them, which is probably part of why they're able to write about the human condition. But if they use their powers for evil, they'd know what cuts their targets deepest.”