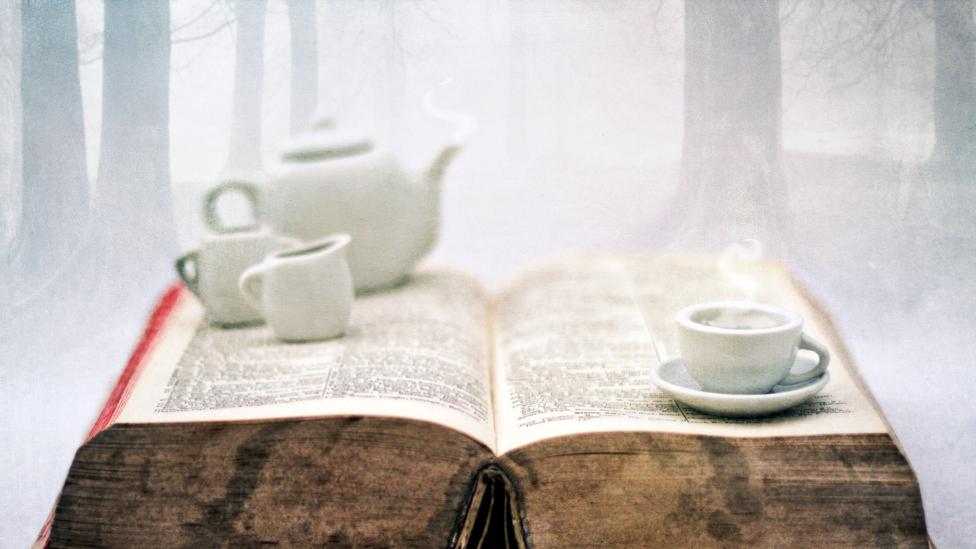 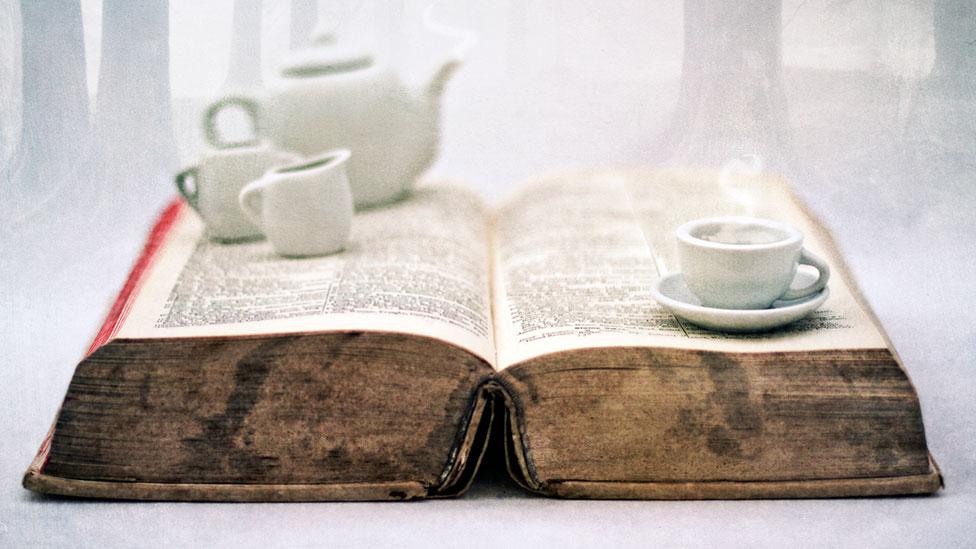 How to define a classic for kids

What are the greatest children’s books ever? In search of a collective critical assessment, BBC Culture’s Jane Ciabattari polled dozens of critics around the world, including NPR’s Maureen Corrigan; Nicolette Jones, children’s books editor of the Sunday Times; Nicole Lamy of the Boston Globe; Time magazine's books editor Lev Grossman; Daniel Hahn, author of the new Oxford Companion to Children's Literature; and Beirut-based critic Rayyan Al-Shawaf. We asked each to name the best children’s books (for ages 10 and under) ever published in English. The critics named 151. Some of the choices may surprise you. A few books you might think would be contenders to top the poll didn’t even make the top 20. (For a full list of the runners-up visit our Twitter feed @BBC_Culture.) The titles that follow appeared over and again from the critics we polled and will continue to inspire children for many years to come. (Credit: Getty Images) 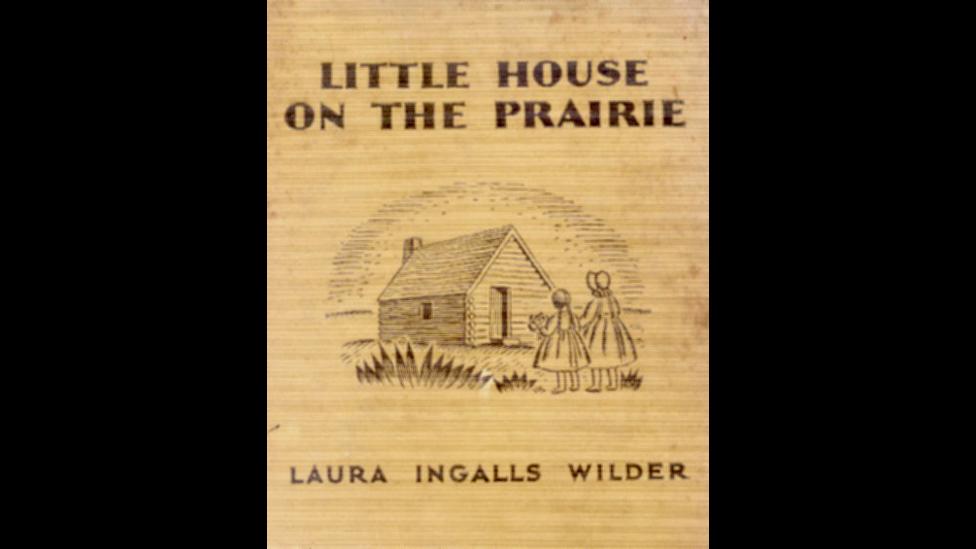 Wilder’s nine classic frontier novels were inspired by her own 19th Century childhood. She was raised in a pioneer family, and traveled through the Midwest by covered wagon. Wilder writes with authentic detail of a little girl living “in the Big Woods of Wisconsin, in a little gray house made of logs" with her parents, two sisters and their dog, Jack. "As far as a man could go to the north in a day, or a week, or a whole month, there was nothing but woods. There were no houses.” Wilder’s accounts have made daily life on the frontier vivid for generations. (Credit: Harper) 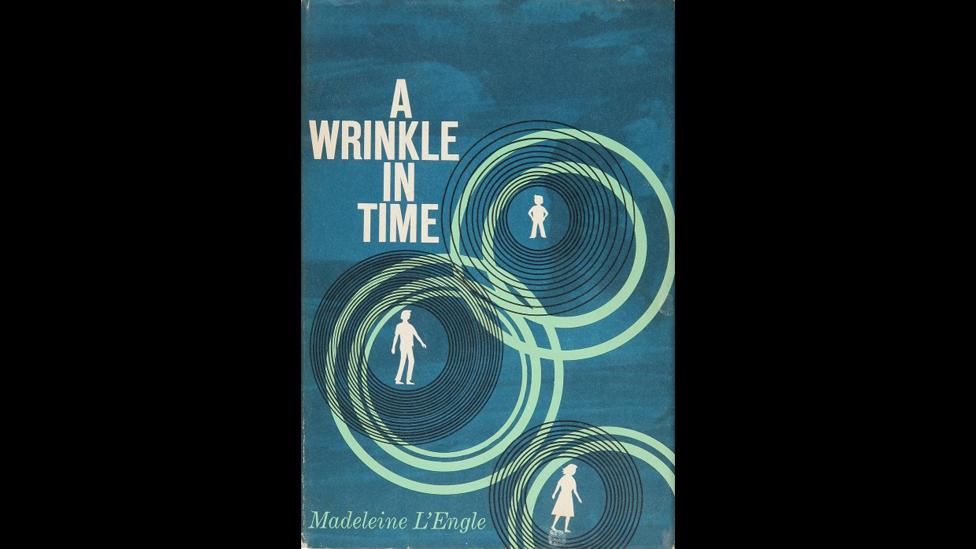 Meg Murry’s father, a time traveling physicist, has disappeared. One night she, her precocious younger brother Charles Wallace and her mother – “a scientist and a beauty as well” – have an unexpected visitor. "Wild nights are my glory," the strange Mrs Whatsit tells them. "I just got blown off course.” She refers to a tesseract, a fifth dimension that allows travel through time and space. With her brother and a high school friend, Calvin, Meg sets out across the universe to find her father. Their confrontation with IT, the disembodied conformist intelligence that casts a shadow over the universe, is a noirish Cold War touch. L’Engle’s Newbery Award-winning book was an early foray into science fiction for younger readers, inspired in part by Einstein’s theory of relativity. Meg was a first in literature: a nerdy girl whose intelligence was matched by her powerful love for her family. (Credit: Farrar, Straus & Giroux) 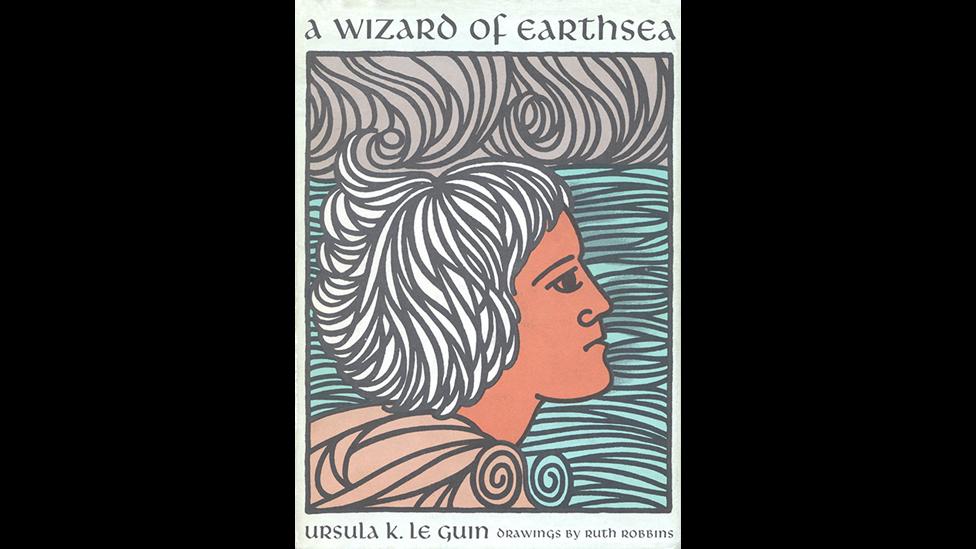 A young boy known as Sparrowhawk saves his village with a smattering of magic he learned from his aunt, a local witch. Apprenticed to the mage Ogion the Silent, and renamed Ged, he begins his training as a sorcerer. Le Guin’s exploration of the consequences of Ged’s misfires and temptations while at a school for wizards, his struggles with dragons and his inner demons, reshaped fantasy storytelling’s concepts of good and evil. Gradually, Ged gains wisdom as he faces his challenges. "He knew now, and the knowledge was hard, that his task had never been to undo what he had done, but to finish what he had begun." "To me Le Guin’s story is about learning your craft as a writer, the long and painful struggle for mastery of both your art and yourself, written in astounding prose," says Amanda Craig, author and reviewer for the New Statesman and the Daily Telegraph. (Credit: Parnassus Press) 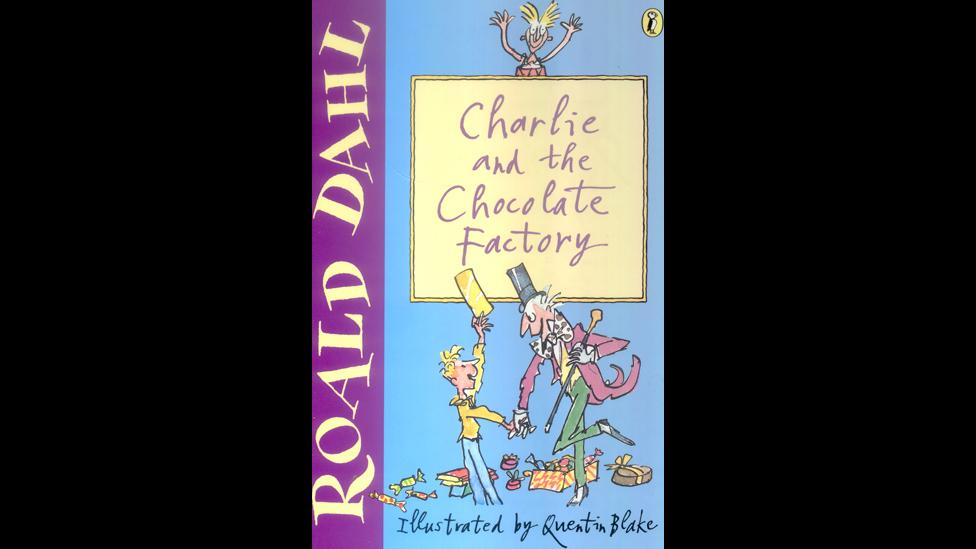 The critics’ poll nominated five of Roald Dahl’s children’s books – the most by any author. Poet and book critic Tess Taylor calls his work “rollicking, funny, scary, humane and magical.” New York Times columnist Carmela Ciuraru says, “It seems impossible to choose just one favourite by Dahl, arguably the greatest children's book author of all time, but he is at his most delightful, imaginative and mischievous in this 1964 classic.” Dahl’s most popular among the five nominated is the story of Charlie Bucket, his Grandpa Joe, the Oompa-Loompas and the five golden tickets that take Charlie inside the factory of Willy Wonka, “the most amazing, the most fantastic, the most extraordinary chocolate maker the world has ever seen!” “Something crazy is going to happen now, Charlie thought. But he wasn’t frightened. He wasn’t even nervous. He was just terrifically excited.” (Credit: Penguin Books) 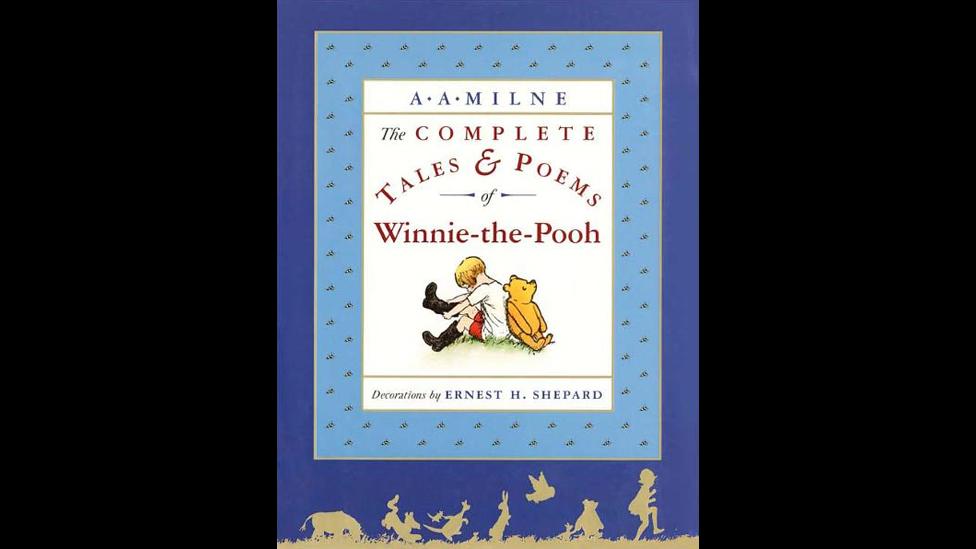 Milne named the characters in his classic children’s book after his own son Christopher Robin, his cuddly teddy bear, his stuffed animals Piglet, Tigger, the donkey Eeyore and others. Christopher and Pooh wander through the Hundred Acre Wood not unlike the forest near Milne’s home in East Sussex. His first adventure sends him up a tree buzzing with bees, singing a little song to himself: “Isn’t it funny how a bear likes honey…” And the adventures continue, narrated with sweet grace by a father who includes his son and his son’s world in every new plot twist. A playwright and contributor to Punch, Milne will be forever known as the creator of the perfect read-aloud nursery tale. (Credit: Dutton Books) 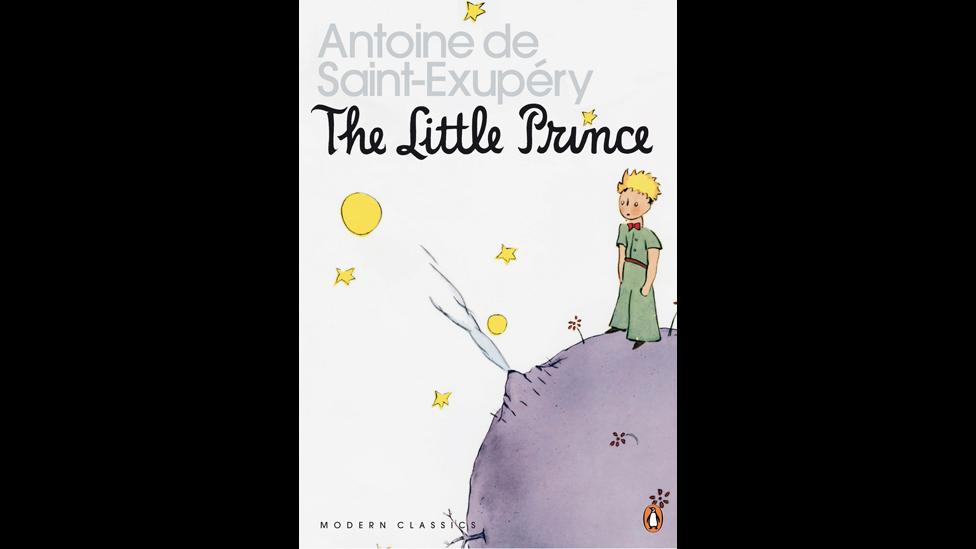 This parable, written and illustrated by an aviator disappeared with his plane in 1944, encapsulates the meaning of life in an encounter between a pilot who crash lands in the Sahara and a young prince visiting from a small planet. “It is only with one’s heart that one can see clearly,” Saint-Exupéry writes, in one of dozens of illuminating life lessons. “What is essential is invisible to the eye.” “Discovered in childhood, this story of leaving home brings the hope and promise of a world opening up to the little prince,” says Shelf Awareness children’s editor Jennifer M Brown. “As we return to the book at later points in our lives, we experience the story from the pilot's point of view, sadder yet richer, and heartened because we are not alone on life's journey.” (Credit: Houghton Mifflin Harcourt) 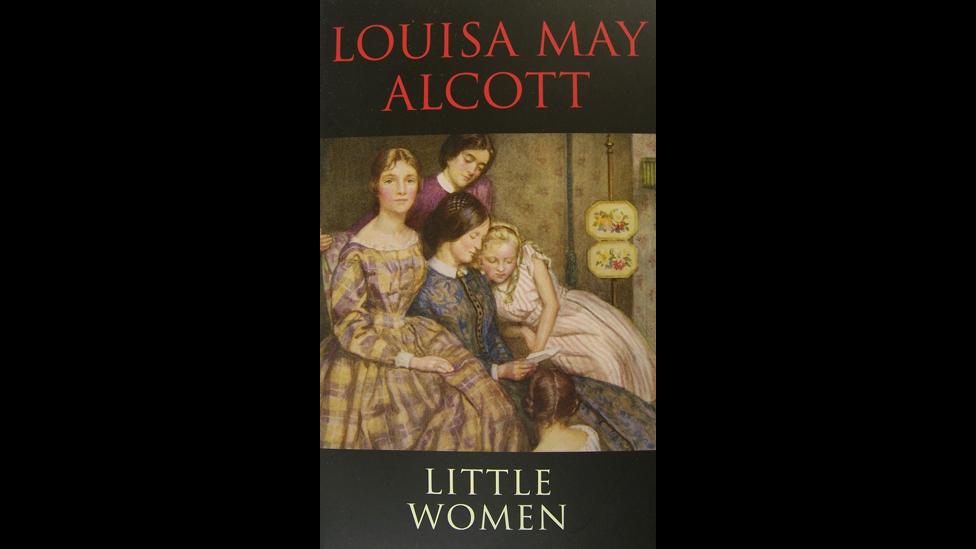 The story of the four March sisters as they pass from childhood innocence to young adulthood has endured from one generation to the next, never losing its power to enthrall. The autobiographical novel speeds along, thanks to crisp, realistic dialogue, enduring characters and keen insights into family dynamics. “Meg was Amy's confidant and monitor, and by some strange attraction of opposites Jo was gentle Beth's,” Alcott writes. (Jo was the character most like its author.)“One name will explain my adoration for Little Women: Jo March!” says Booklist senior editor Donna Seaman. “What book-loving young reader doesn't revere Louisa May Alcott's intrepid, ink-stained hero? Of course, Alcott was also one brilliant and gripping storyteller with sharp and knowing opinions. So astutely constructed is this novel, it sustains repeated readings.” (Credit: Transatlantic Press) 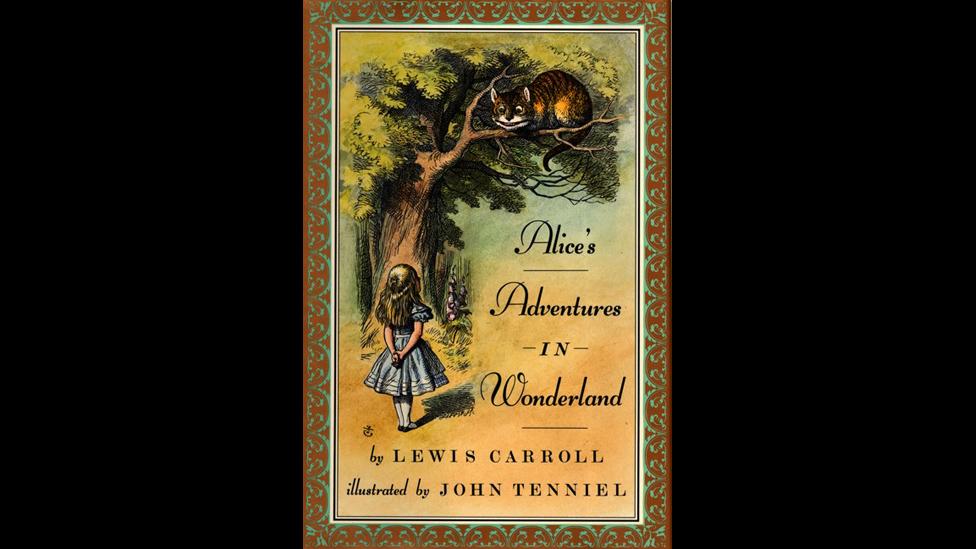 “Alice was beginning to get very tired of sitting by her sister on the bank, and of having nothing to do: once or twice she had peeped into the book her sister was reading, but it had no pictures or conversations in it, ‘and what is the use of a book,’ thought Alice, ‘without pictures or conversation?’ Suddenly a White Rabbit with pink eyes ran close by her.” Charles Dodgson’s Victorian fantasy was an instant sensation when published 150 years ago under the pseudonym Lewis Carroll. To this day Alice’s trip down the rabbit hole and her encounters with the Cheshire Cat, the White Rabbit, the Queen of Hearts, the Mad Hatter and the rest, are fresh fodder for the literary imagination. Alice is now in the public domain, and the versions and variations continue to multiply. “Alice will always be my favourite because I love her curiosity and bravery,” says Library Journal columnist Barbara Hoffert. (Credit: Macmillan) 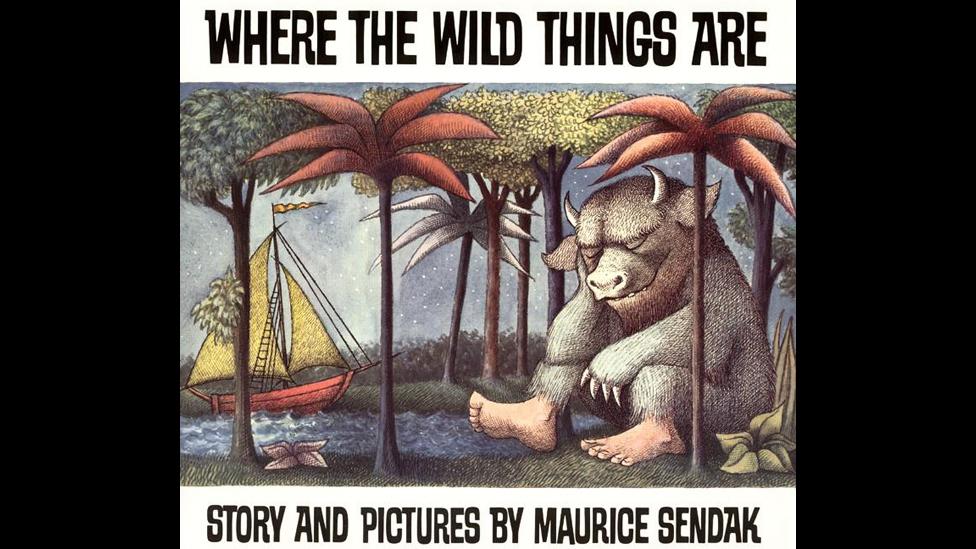 In Sendak’s Caldecott Medal-winning picture book young Max, sent to bed without supper by his mother, escapes into his imagination, “where the wild things are”. “It's a concise, eloquent, moving depiction of a child learning to master his own emotions, which is the chief task of all children everywhere,” writes Time magazine book critic Lev Grossman.“This is one of those books that has everything: beautiful, rich and surprising text, matched with beautiful, rich and surprising illustration,” says Daniel Hahn, author of the new Oxford Companion to Children's Literature. “But more than that… it’s how the words and the pictures and the page design combine to tell a story that is both simple and full of psychological insight, wisdom and truth. As close as it’s possible to come to a perfect book.” (Credit: Harper) 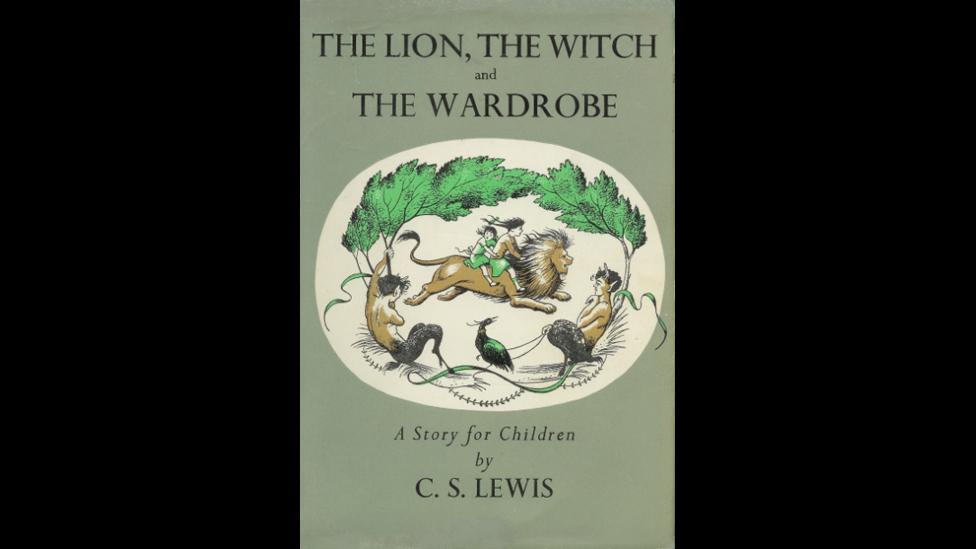 Lewis’ high fantasy classic drew high praise in our critics’ poll. “CS Lewis’ perfect fable The Lion, the Witch and the Wardrobe is subtitled 'a story for children',” says author and critic David Abrams. “But The Chronicles of Narnia are stories for everybody. They can be read as Christian allegory or as a magical fable about four children who stumble across a magic wardrobe and, pushing their way through mothballed fur coats, enter a land of snow and forests and fauns and lampposts and a white-skinned, black-hearted Queen who dispenses turkish delight like deadly heroin.” “This enchanting story combines unsettling magic, psychological realism and a deep sense of beauty,” notes critic Roxana Robinson, president of the Authors Guild. “Lewis is wonderful at descriptions of the physical world. It is both thrilling and comforting to read, intelligent, compassionate and graceful.” (Credit: Geoffrey Bles) 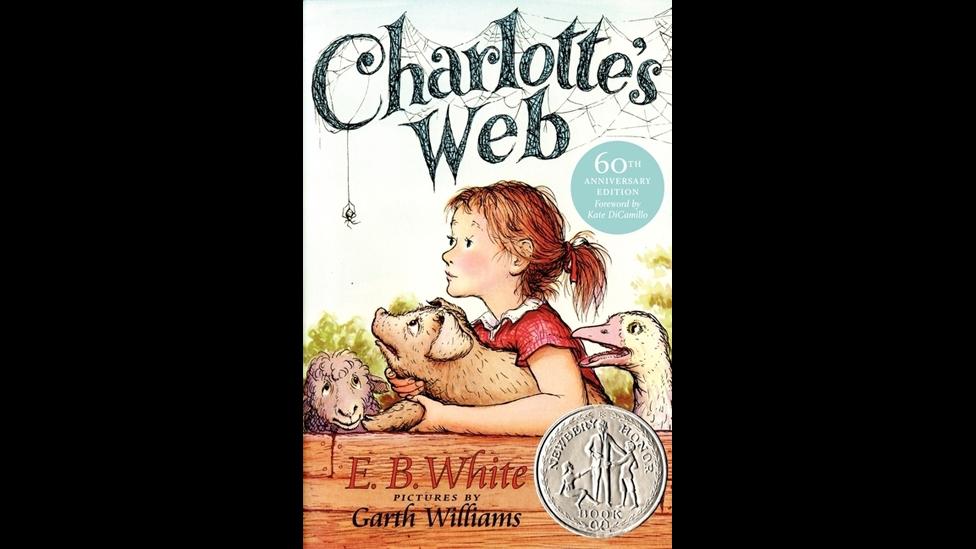 “One day when I was on my way to feed the pig, I began feeling sorry for the pig because, like most pigs, he was doomed to die,” writes White. Charlotte’s Web topped our critics’ poll. “If I were asked to put one book in a space capsule to send to some far-off galaxy to evoke life in all its complexity, I would send White's masterpiece about friendship, loss, resignation and mortality,” notes NPR’s Maureen Corrigan. “It was the first book in which I encountered mortality, legacy and love that transcended differences,” writes author and critic Rigoberto González. “Those were huge lessons from a book that, at its core, was about an adorable friendship between a spider and a pig.” “The complex emotions that emerge from the barnyard in EB White’s masterpiece never cloy, but feel true and important,” writes novelist and critic Meg Wolitzer. “Who can forget the opening: Fern in her damp sneakers wrestling to save the life of the runt Wilbur?” asks Karen R Long, who manages the Anisfield-Wolf Book Awards. “Not just about loyalty and friendship, this perfect book is an introduction to metaphor – the barnyard as life,” says Chicago Tribune literary editor-at-large Elizabeth Taylor. Author and critic Joan Frank calls it “sturdy and deeply wise.” “White managed to write a children’s book that encompasses mortality, friendship, and the power of the written word — amazing”, adds critic Heller McAlpin. According to our poll, Charlotte’s Web is the greatest children’s book of all time. (Credit: Harper)