Loading
Language
Why is Canadian English unique?
Share using EmailShare on TwitterShare on FacebookShare on LinkedinShare on Whatsapp 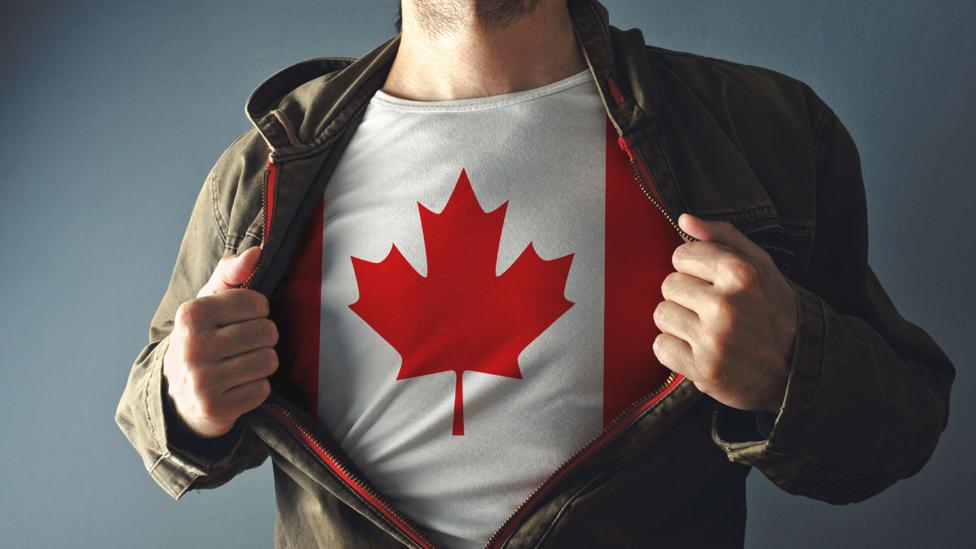 By James Harbeck 20th August 2015
America’s neighbour resisted annexation by the US and its people remained subjects of the British monarch. But Canada’s English isn’t British or American, writes James Harbeck.
I

Is there such a thing as Canadian English? If so, what is it?

The standard stereotype among Americans is that Canadians are like Americans, except they say ‘eh’ a lot and pronounce ‘out and about’ as ‘oot and aboot’. Many Canadians, on the other hand, will tell you that Canadian English is more like British English, and as proof will hold aloft the spellings colour and centre and the name zed for the letter Z.

Canadian does exist as a separate variety of English, with subtly distinctive features of pronunciation and vocabulary. It has its own dictionaries; the Canadian Press has its own style guide; the Editors’ Association of Canada has just released a second edition of Editing Canadian English. But an emblematic feature of Editing Canadian English is comparison tables of American versus British spellings so the Canadian editor can come to a reasonable decision on which to use… on each occasion. The core of Canadian English is a pervasive ambivalence.

The core of Canadian English is a pervasive ambivalence

Canadian history helps to explain this. In the beginning there were the indigenous peoples, with far more linguistic and cultural variety than Europe. They’re still there, but Canadian English, like Canadian Anglophone society in general, gives them little more than desultory token nods. Fights between European settlers shaped Canadian English more. The French, starting in the 1600s, colonised the St Lawrence River region and the Atlantic coast south of it. In the mid-1700s, England got into a war with France, concluding with the Treaty of Paris in 1763, which ceded ‘New France’ to England. The English allowed any French to stay who were willing to become subjects of the English King. 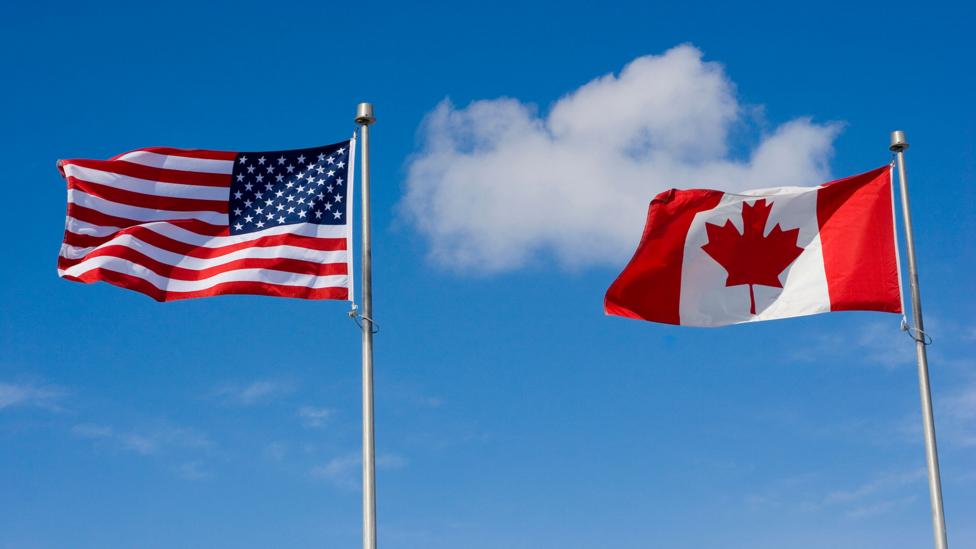 The US pre-approved Canada’s admission into the new nation in 1777 and invaded it during the War of 1812, but Canadian culture has remained distinct (Credit: iStock)

At the time of the Treaty of Paris, however, there were very few English speakers in Canada. The American Revolution changed that. The founding English-speaking people of Canada were United Empire Loyalists – people who fled American independence and were rewarded with land in Canada. Thus Canadian English was, from its very beginning, both American – because its speakers had come from the American colonies – and not American, because they rejected the newly independent nation.

Loyal to the Crown

Just as the Americans sought to have a truly distinct, independent American version of English, the loyalists sought to remain more like England… sort of. These were people whose variety of English was already diverging from the British and vice versa: when the residents of London and its environs began to drop their r’s and change some of their vowels people in certain parts of the United States adopted some of these changes, but Canadians did not. 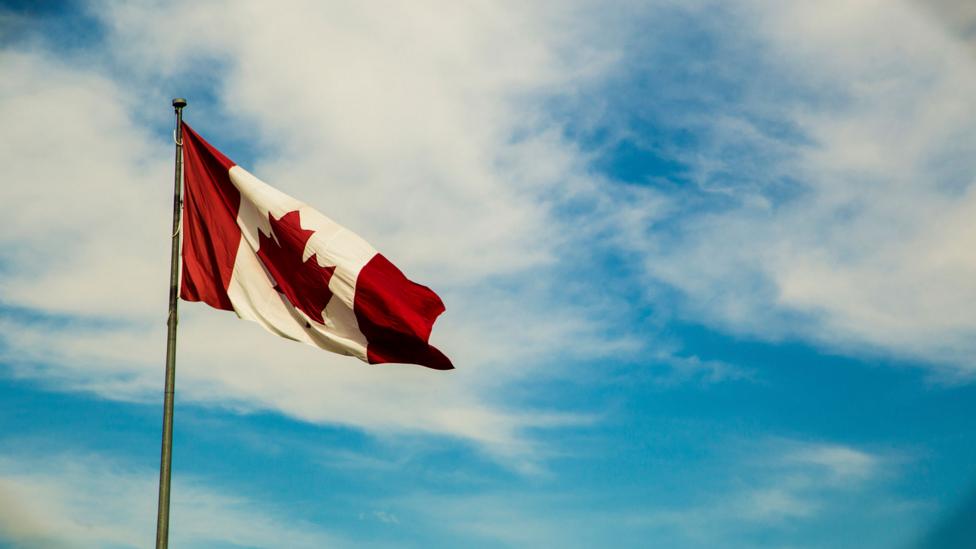 After the American Civil War, US senator Charles Sumner led calls for Britain to cede Canada to the US as reparations for the UK helping to arm the Confederacy (Credit: iStock)

There did end up being more British influx and influence in Canada. After the War of 1812, Mother England encouraged emigration to Canada to ensure that loyal sentiments prevailed. The accent did not become British, though British schoolteachers and authorities did leave their marks on spelling and grammar. Canadians are indeed subjects of the Queen, but they are also neighbours – and the greatest trading partners – of the United States. The British may be family, but Americans are friends. Or sometimes ‘frenemies’.

Canadian English varies only a little across most of the continent. The Canadian west was not much settled by Europeans until the late 1800s, when land incentives were given to Anglo-Canadians from Ontario and to immigrants from Britain and some other countries (for example, Ukraine, from where immigrants began arriving in Canada in 1891). There are more distinctions in the Atlantic coast provinces, but especially in Newfoundland, which had been settled by Irish English-speakers and was not officially a province of Canada until 1949.

Today, one-fifth of Canadians have a mother tongue other than English or French – nearly as many as have French as their mother tongue. And yet the basic character of Canadian English still appears like a household of Anglophile Americans, with bits from other cultures mainly in the kitchen, a few traces of the indigenous cultures who used to be the only occupants, and some influence from the French roommate.

Canadian spelling is, as mentioned, a tug-of-war between the British and the Americans – jail but centre, analyze but colour. Because Canada is bilingual, French may also have an effect. For example, many signs and labels and institutional names are in French and English, and it’s easier if you can press a word into double service: Shopping Centre d’Achats.

Most Canadians will tell you they don’t say ‘eh’ much

Also possibly influenced by French is the Canadian eh. French Canadians use hein (also colloquially spelled han) in most of the same kinds of places English Canadians use eh, and they use it more. The eh of Canadian English is not a Canadian invention; it is used in England and elsewhere, but it is used in more different ways in Canada, notably as an emphatic and to maintain conversational involvement: No kidding, eh; Thanks, eh; So I was going to the store, eh, and this guy cut me off. The truth of it is, though, that most Canadians will tell you they don’t say “eh” much, and it is more associated with less-educated speech. 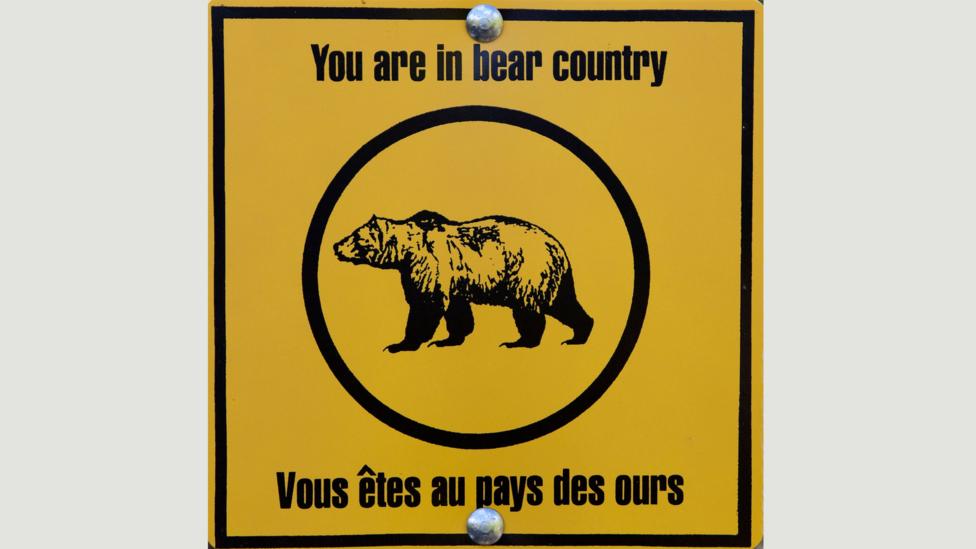 Nearly one-fifth of Canadians have French as their mother tongue (Credit: Alamy)

The Canadian accent – or accents, since there is a bit of variation across the country (and much more in Newfoundland) and a larger amount across socioeconomic levels – has a few signal features, and they, too, trace partly to the US and partly to Britain. The best-known feature is ‘Canadian raising’, which affects two specific diphthongs before voiceless consonants: the first part of the diphthong is higher in ice and out than it is in eyes and loud. The out raising makes the vowel sound more like ‘oot’ to American ears. This feature is present across much but not all of Canada. It may be influenced by Scottish English (many British emigres were Scots), or it may be a relic of Shakespeare-era pronunciation.

Another feature is the ‘low back merger’, which makes caught and cot sound the same. Following on this is what is called the “Canadian vowel shift”, whereby bit sounds a bit like bet, bet sounds a bit like bat, and bat is said a bit farther back in the mouth. This shift is still in progress. These changes seem to have originated in Canada, though similar patterns can be seen in some parts of the US.

Beyond these details, Canadians tend to sound like Americans, especially depending on where the Americans are from. This is why citizens of each country can be blindsided by the unexpected differences peppered throughout the vocabulary. There are many. Katherine Barber, former editor-in-chief of the Canadian Oxford Dictionary, has collected many signature Canadianisms in her book Only in Canada, You Say.

Sometimes Canadians use the same words as Americans in different ways: in Canada, if you write a test, you’re the one being tested, while in the US you’re the test maker. Sometimes Canadians use different words for the same things: garburator for kitchen disposal, bachelor apartment for studio apartment, runner for sneaker or running shoe, two-four for a case of 24 bottles or cans of beer (the uniquely Canadian holiday Victoria Day, which occurs on a Monday near 24 May, is called the ‘May two-four weekend’ in reference to this). 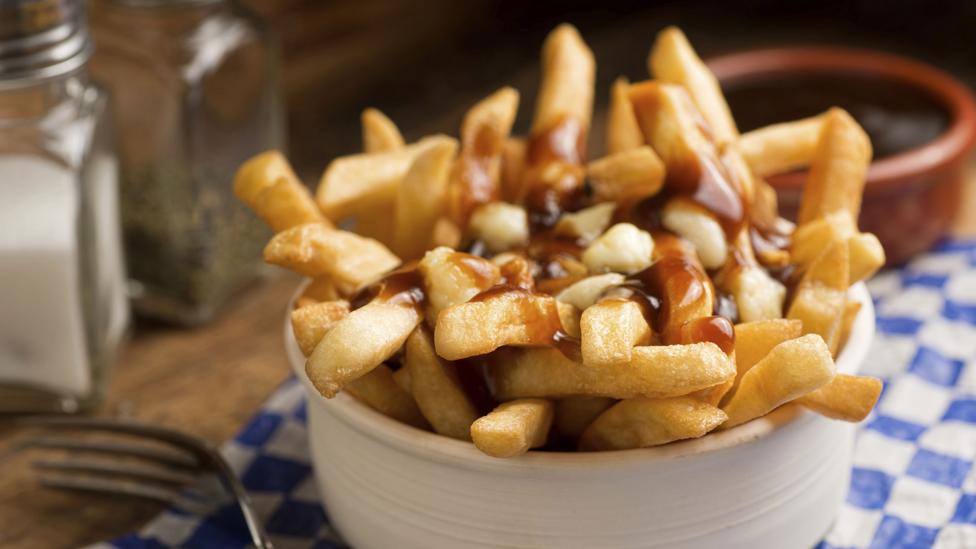 ‘Poutine’ is the Quebec French word for a popular fast-food snack across Canada that consists of French fries, cheese curds and gravy (Credit: Thinkstock)

Some words refer to things Americans don’t seem to have: toque for a kind of fitted knitted hat; poutine, Nanaimo bars, and butter tarts for three of Canada’s great culinary gifts to the world if the world would but accept them; Caesar for a bloody Mary made with clamato juice (tomato plus clam). There are hockey metaphors, of course, like deking someone out and stickhandling a problem. There are occasional borrowings from Quebec French (unrecognisable in France) such as the aforementioned poutine, and dépanneur for a convenience store.

These Canadianisms stand as evidence of the difference between Canadian and American culture. It is very important for Canadians to maintain that difference, even if people from Vancouver sound more like people from San Francisco than people from San Francisco sound like people from San Antonio. Though English-speaking Canadians remain loyal to the Queen, they aren’t truly interested in being British or sounding British; they’re just interested in using the British connection to assert their independence from the independent United States, which they left because they didn’t want to leave. An ambivalent situation indeed.