Loading
Britain
Why do Brits and Americans swear so differently?
Share using EmailShare on TwitterShare on FacebookShare on Linkedin 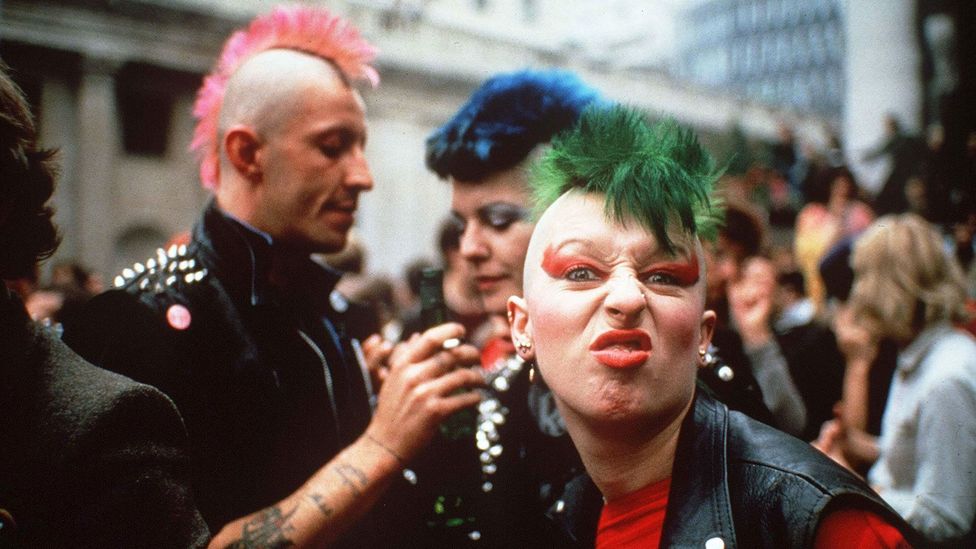 By Erin Moore 10th November 2015
They may share a language, but Brits and Americans swear like strangers. A new book explores the risks of transatlantic banter – and the classic curse that always translates.
W

When Martin Scorsese’s The Wolf of Wall Street was released in 2014, it had the questionable distinction of containing more F-bombs than any other drama — 2.83 per minute, a total of 506. Only a documentary about the word itself exceeds it in cinematic history, with 857 instances. But this is far from unusual for American films, in which profane words frequently number in the hundreds. Television tends to have stricter standards.

Back in 1972, the comedian George Carlin released an album including a monologue called Seven Words You Can Never Say on Television. These days, you can hear all of them on cable television, but they remain taboo for network television shows. This has inspired creativity. As Dan Harmon, creator of the US sitcom Community, told the New York Times, “As a writer, you’re always reaching for a more potent way to call somebody a jerk. [Douche] is a word that has evolved in the last couple of years — a thing that sounds like a thing you can’t say.”

The influence of American films and television on British culture is strong. Any British person who hasn’t visited America could be forgiven for assuming that America is one giant cluster-cuss, its citizens dropping F-bombs like Eliza Doolittle dropped her Hs. But this isn’t necessarily so. There is a real puritanical streak in America that is much discussed — but little understood — by the British. It manifests itself in unpredictable ways, like an unwillingness to use seemingly innocuous words (the word ‘toilet’, for example) and a certain gentility when it comes to swearing.

For example, Americans consider it a big deal when a public figure is caught swearing. After President Obama declared his intention to “find out whose ass to kick” in connection with the BP oil spill, Time magazine published a Brief History of Political Profanity, saying that although “the comment wasn’t particularly vulgar… coarse language always seems shocking when it comes from the mouth of a President.” Americans — even presidents — use all kinds of language, but in real life swearing retains more of its shock value than you would imagine, if your primary contact with American culture were its movies.

It is not unusual, in the real America, to meet a graduate of the Ned Flanders School of Swearing. ‘Gosh darn it!’ ‘What the dickens?’ ‘What the flood?’ ‘Leapin’ Lazarus!’ Writer Julie Gray describes the phenomenon: “I recently said to someone that I’d be shocked as pink paint if something didn’t happen. My mother used to describe either a person or a situation that was going downhill as ‘going to hell in a hand basket’. My grandmother used to say ‘good NIGHT’ when something surprised or shocked her… I don’t know where I picked it up but I will sometimes say ‘H-E double toothpicks’ or ‘fudge’. Even Nicholson Baker, in his book House of Holes (promisingly subtitled ‘A Book of Raunch’), has his characters say things like “for gosh sakes”, “golly”, and “damnation” as well as the f-word, just to keep it real. 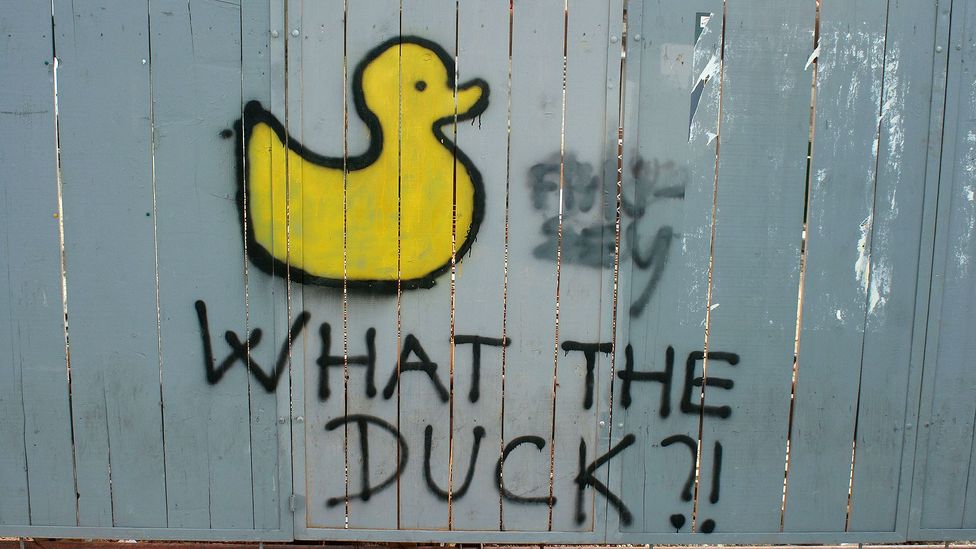 In some parts of the United States, it is not unusual for Americans to say phrases like ‘Gosh darn it!’ and ‘What the flood?’ (Credit: Tim Coggin/Alamy Stock Photo)

Celia Walden, an English woman who moved to Los Angeles, described for the Telegraph her realisation that Americans “don’t use expletives as much as we do.” She found it refreshing (“I haven’t been cursed at in nearly a year”) and noted that her “new sensitivity” to swearing might be related to having become a mother to a child whom she’d rather “didn’t end up like the tiny mite I once saw fall out of his pushchair in Shepherd’s Bush, look accusingly up at his mother, and calmly enunciate the words: ‘Bloody hell’. I still wonder whether those were that poor child’s first words.”

No matter what age they start, the British seem far more fluent at swearing than Americans. They are more likely to link colourful language with having a sense of humour than with coarseness or vulgarity. Some even have the ability to make a word sound like a swear word when it isn’t. Stephen Fry and Hugh Laurie once performed a comedy sketch based on the idea that if the BBC wouldn’t let them swear on the air, they’d simply make up their own curse words, “which are absolutely pitiless in their detail… and no one can stop us from using them. Here they are:

STEPHEN: No, we said we wouldn’t use that one.

Even without making up new words, the British definitely have, and make use of, a larger vocabulary of swear words than Americans. Americans mostly find it funny — as if the British were swearing in another language — but Ruth Margolis, writing for BBC America’s blog Mind the Gap: A Brit’s Guide to Surviving America, warned them that Americans might find their language offensive: “To get on in polite company, try to avoid… friendly-offensive banter. Brits exchange jovial insults because we’re too uptight and emotionally stunted to say how we really feel. The stronger your friendship, the more you can lay into each other and still come away with a warm feeling. This is not how Americans roll. Tell your US pal he’s a moron or anything stronger and you likely won’t get invited to his wedding.”

Indeed, there are some words the British use casually that are considered more offensive or insulting by Americans. As Margolis notes, for example, in Britain one might plausibly tease a friend of either sex by calling them a twat (rhymes with cat) or the four-letter c-word, which is all but unsayable in the United States — and which linguist John McWhorter (while not at all against swearing in principle) has lumped in with the n-word as one of Americans’ most taboo. Americans find it really shocking to hear it used carelessly. 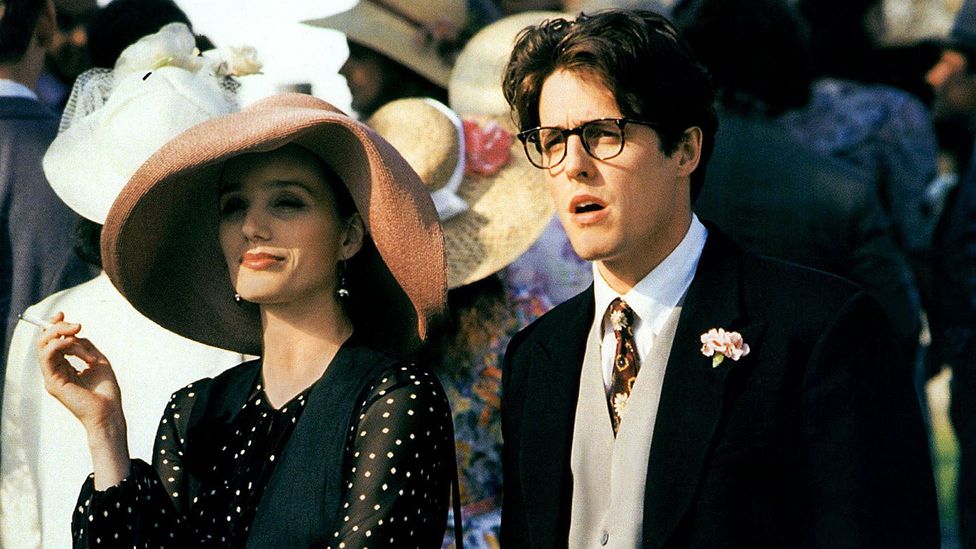 Hugh Grant gets big laughs when, frustrated, he uses a particularly impolite word in the 1994 film Four Weddings and a Funeral (Credit: AF archive/Alamy Stock Photo)

There are also words the British use that are actually ‘swearier’ — even less polite— than they sound to the American ear, simply because they are unfamiliar. Hugh Grant gets a huge laugh saying, “Bugger! Bugger!” to express frustration in Four Weddings and a Funeral, but, as Philip Thody describes in Don’t Do It! A Dictionary of the Forbidden, bugger is a term of bigotry and abuse with a long and nasty history: “Rarely used in a literal sense in modern English, and scarcely used at all in the USA, where the term is sodomy… It comes, through the Old French ‘bougre’, from the attitude of the Roman Catholic Church in the Middle Ages to the Greek Orthodox Church, whose members were said to be Bulgarians, infected by the Albigensian heresy, and thus tending to practise unnatural vices. Since the Cathars made a special virtue of chastity, it was a shade unfair. However, since in the Middle Ages sodomy and buggery were linked to heresy as well as to witchcraft, it was perhaps only to be expected.” Bugger is also versatile: ‘Bugger off’ means ‘go away’. ‘I’ll be buggered’ is a general expression of surprise. ‘Bugger me!’ is as well, but it implies a greater degree of astonishment. Similarly, the word sod — used to describe a foolish person, or to tell someone to ‘sod off’ (get lost) — is actually short for sodomite.

Bloody is an all-purpose intensifier that, according to the Oxford English Dictionary, once qualified as the strongest expletive available in just about every English-speaking nation except the United States. In 1914 its use in George Bernard Shaw’s Pygmalion was hugely controversial. (Later, when a reporter from the Daily Express interviewed an actual Cockney flower girl, she said that Shaw’s dialogue was unrealistic: Neither she nor her fellow flower-floggers would ever have used such a filthy word.) 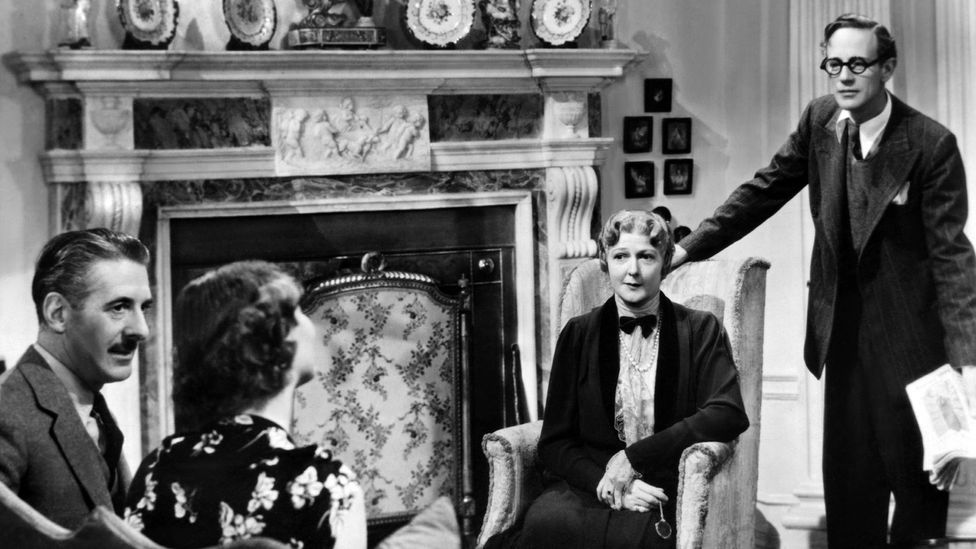 In 1914, the use of the word 'bloody' in George Bernard Shaw’s Pygmalion — adapted for the 1938 film, shown here — was hugely controversial (Credit: AF archive/Alamy Stock Photo)

When Gilbert and Sullivan’s opera Ruddigore — originally spelled Ruddygore — opened in January 1887, the title caused considerable offense. Ian Bradley relates in The Complete Annotated Gilbert & Sullivan that WS Gilbert, when approached by a member of his London club who commented that he saw no difference between “Ruddygore” and “Bloodygore,” shot back, “Then I suppose you’ll take it that if I say ‘I admire your ruddy countenance’, I mean ‘I like your bloody cheek’.” It’s hard to take bloody seriously now, given how often the British use it. This is the risk with any good swear word: Overuse it and it loses its meaning. Still, to Americans bloody remains the quintessential British swear word, and one of the only ones they have not adopted themselves (except when they’re being pretentious or ironic).

Both countries share a fascination with swear words' that reference the male anatomy. Americans and the British have dick, cock, and prick in common, but Britain takes the theme further with pillock and knob, as well as masturbator synonyms tosser and wanker. A commenter named Brian D on Ben Yagoda’s blog, Not One-Off Britishisms, told the story of a group of British engineers from his company, sent to work at Wang Labs in Massachusetts. They were asked to attend a meeting to recognize an employee for outstanding achievement: “It was announced from the stage that this person was a King in the company and so would be presented with the Wang King award. The entire British contingent had to leave the room in hysterics.”

Misunderstandings abound, but one thing is for sure. If you choose to swear, and you want your swearing to be understood on both sides of the Atlantic, you can’t go wrong with the classic, the universal, the little black dress of swear words: fuck. As Audrey Hepburn once said, “Everything I learned, I learned from the movies.”

Extracted from That’s Not English: Britishisms, Americanisms and What Our English Says About Us by Erin Moore, published by Square Peg.