Loading
Words' Worth | Nature in the arts
The vanishing words we need to save
Share using EmailShare on TwitterShare on FacebookShare on Linkedin
By Fiona Macdonald 26th November 2015
Robert Macfarlane collects words that describe nature and landscape – and which are dying out. He explains their power to shape our relationship with the earth itself.
R

Robert Macfarlane is a compiler of words: an explorer of hedgerows and roadsides, salt marshes and sea-caves. But he is also a magician, of sorts – one who weaves spells using lost phrases that recall a different connection with our landscape. In his latest book Landmarks, the British naturalist calls for “a glossary of enchantment for the whole earth, which would allow nature to talk back and would help us to listen”.

We speak on the phone the day before he is due to talk at the Hay Festival. I am sitting in my car at a rest stop next to the river Wye in Wales, opposite public toilets, trying to stay still to keep my mobile from cutting out. Macfarlane is in the kitchen of his home in Cambridge, also clinging to a patch of reception. He laughs as I describe my location. This is a man who has found peregrine falcons at a power station and water voles at a municipal dump, claiming in his 2007 book The Wild Places that “the human and the wild cannot be partitioned”.

Similarly, he doesn’t believe that the words he has collected in Landmarks are just for shepherds or hill-walkers. “I’m talking to you from my edge-of-the-suburb house in Cambridge – most people are in cities now,” he says. “The book is about all of us finding ways to celebrate and enrich the language that we have for landscape and nature.”

In Landmarks, Macfarlane pulls together nine glossaries of terms taken from 30 languages, dialects and sub-dialects around Britain and Ireland. They all describe aspects of weather, nature and terrain – and many of them are dying out, slipping out of conversation and off the tongues of those who once spoke them. They have been lost. Macfarlane wants them to be found. 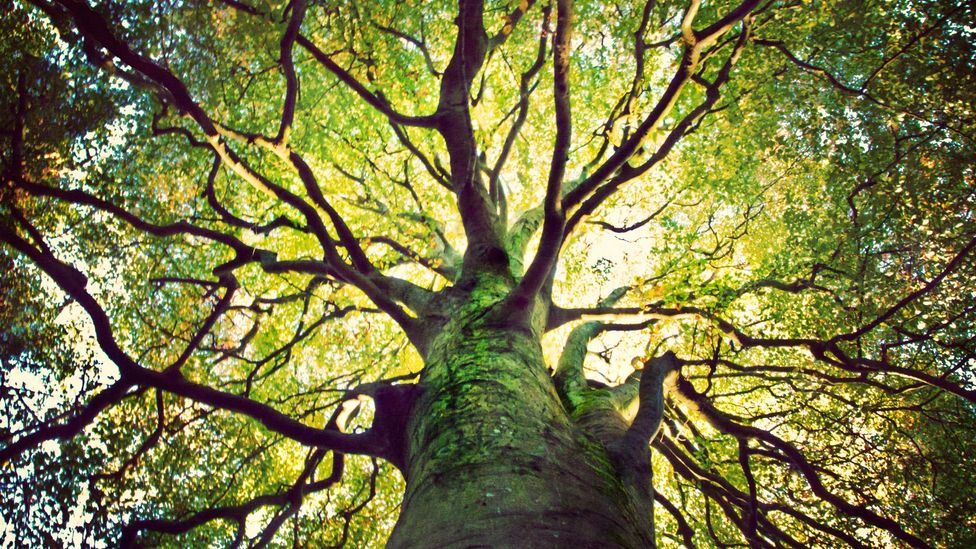 He describes two of his favourites: “One is this lovely Cornish word ‘zawn’, which means a wave-smashed chasm in a sea cliff – it’s so evocative of that gaping mouth, and the power of those places,” he says. “Another is this soft, Gaelic phrase ‘rionnach maoim’, the shadows that clouds cast on moorland on a windy day. There’s something about the poetry of that, the precision and the need to compress that phenomenon down into that gorgeous soft phrase.”

In his book’s lists, he has included words coined by poets along with agricultural or geological terms. There is the ‘shepherd’s lamp’ imagined by the 19th-Century poet John Clare to describe the first star that rises after sunset, and a smattering of terms from the Victorian poet Gerard Manley Hopkins: ‘heavengravel’ for hailstones, ‘endragoned’ describing a raging sea, and the ominous ‘doomfire’ – meaning, as Macfarlane puts it, “sunset light which has the appearance of apocalypse to it”.

Macfarlane delights in the language. “There’s just the sheer joy of exactitude; I see it as a form of beautiful elegance. These lovely poems that fold up inside these words and spring out of them like jack-in-the-boxes – they’re gorgeous forms of precision,” he says. The glossaries include ‘zwer’ (Exmoor dialect for “the noise made by a covey of partridges rising in flight”), ‘frazil’ (“loose, needle-like ice crystals that form into a churning slush in turbulent super-cooled water, for example in a river on a very cold night”) – and ‘blaze’, which along the North Sea coast means “to take salmon by striking them at night, by torchlight, with a three-pronged spear”.

‘Blaze’, which means ‘to take salmon by striking them at night, by torchlight, with a three-pronged spear’

As might be expected in Britain, there is an entire list devoted to words for rain, most of them Gaelic. From ‘virga’, meaning “observable streak or shaft of precipitation that falls from a cloud but evaporates before reaching the ground”, to a ‘beum-sléibhe’, or “sudden torrent caused by the bursting of a thundercloud”, every drop is accounted for. Some of the definitions are lyrical – like ‘smirr’, “extremely fine, misty rain, close to smoke in appearance when seen from a distance”, and the “torrent of brutal rage” that is ‘burraghlas’. Others are more prosaic, like ‘clagarnach’, Irish for “clatter of heavy rain on an iron roof”, and ‘letty’, “enough rain to make outdoor work difficult”.

But Landmarks is more than an ode to language. By enriching our vocabularies, Macfarlane believes, we can change the way we interact with our landscape. “We increasingly make do with an impoverished language for nature, a generic language: ‘field’, and ‘wood’, and ‘hill’, and ‘countryside’. It’s a very basic way of denoting, and that’s fine, and sometimes we need to speak generally,” he says. “We can’t always speak absolutely precisely. But I’m fascinated by details and by the specifics of nature, and its particularities – and language helps us to see those.”

We increasingly make do with an impoverished language for nature: ‘field’, and ‘wood’, and ‘hill’, and ‘countryside’

Early in the book, Macfarlane describes flying over the Scottish Outer Hebrides in a twin-prop plane. He saw “the tawny expanse of Mointeach riabhach, the Brindled Moor: several hundred square miles of bog, hag, crag, heather, loch and lochan that make up the interior of Lewis”. Across the aisle from him, two people looked out of the window. Macfarlane recounts: “One of them laughed. ‘We’re flying over nothing!’ she said.”

“If we just see a landscape as some kind of waste space and devoid of detail, it becomes more vulnerable to dismissal or disinterest or improper use,” Macfarlane tells me.

In Landmarks, he quotes the American essayist and farmer Wendell Berry: “People exploit what they have merely concluded to be of value, but they defend what they love, and to defend what we love we need a particularising language, for we love what we particularly know.”

A chapter in the book is dedicated to the Scottish-American John Muir, whose writings inspired the US president Theodore Roosevelt to create the country’s first national parks. “Muir gives me hope,” Macfarlane said in his talk at Hay. “His writing changed the course of landscape history. It’s the idea of hope in the dark.” He described the seeds of the bristlecone pine, which lie dormant in the soil and are germinated by forest fire. “Individual actions in culture – art, writing – can be dropped, like the pine seeds. They seem dead but decades later they can flare into life.”

Subtitled a “field guide to the literature of nature”, Landmarks is a work of great scholarship – but also a call to action. It explores “how reading can change minds, revise behaviour and shape perceptions”. And it fits within a wider resurgence of nature writing in Britain, including Costa award-winning H is for Hawk and The Shepherd’s Life, the memoir of a sheep farmer.

Macfarlane believes there is an “astonishing surging cultural energy that’s working across photography and art and in literature”. He credits it to an acute sense of loss. “It’s because we live in the shadow of destruction and damage, because we are a generation that’s grown up conscious of climate change, and that internalised anxiety at the world’s ongoing peril is a really powerful imaginative force that we don’t quite register in its full form but is deeply in us,” he says.

Macfarlane was inspired to write the book both by discovering a “peat-deep word-hoard of Hebridean Gaelic” and after the culling of nature words such as buttercup and kingfisher from the Oxford Junior Dictionary, which he described at Hay as “an A-Z of words lost”. He thinks we can learn from how children encounter nature.

“The last chapter is about a group of children in a country park which has the busiest A road in the east of England on one side, and a hospital on the other,” he says. “It’s about the limitless wonder with which children meet even a very unwild place, which is an inspiration to all of us who’ve forgotten how to speak ‘childish’.” 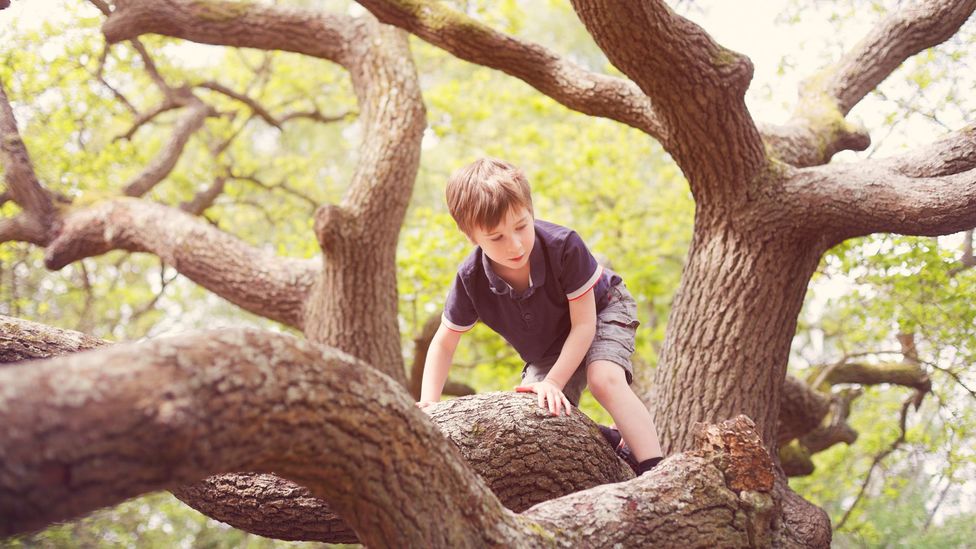 Just as important as the words that are vanishing are the words being created every day. Macfarlane explains in the book that his seven-year-old son, when told there was no word for “the shining hump of water that rises above a submerged boulder in a stream”, quickly suggested ‘currentbum’. “Since the book was published, I’ve been sent many words – on postcards, and letters, from diaries and clippings, as well as emails and Twitter – and children and parents have begun to send me ones that they make up,” Macfarlane tells me.

The collecting of terms in Landmarks is not a form of hoarding, an attempt at control in the face of loss. At his Hay talk, Macfarlane expressed how he hoped the book might give new life to the place-languages within. “I want these words to be released and let their energies and their poetries run wild,” he said.

To that end, the last glossary, Childish, is left blank. It is a sign of hope. As Macfarlane says in Landmarks, “We have forgotten 10,000 words for our landscapes, but we will make 10,000 more, given time.”

His glossaries, then, are much more than vocabulary-expanding lists. This is where Macfarlane the magician takes over.

“I wanted them to become spells, really; chants, incantations – you step into them like you might step into a flowing stream and let the words run over you. They do have their own magic, which is nothing to do with me. I just put them on the page,” he says. “But they become spells.”