Loading
History
The Man in the High Castle: What if the Nazis had won?
Share using EmailShare on TwitterShare on FacebookShare on LinkedinShare on Whatsapp 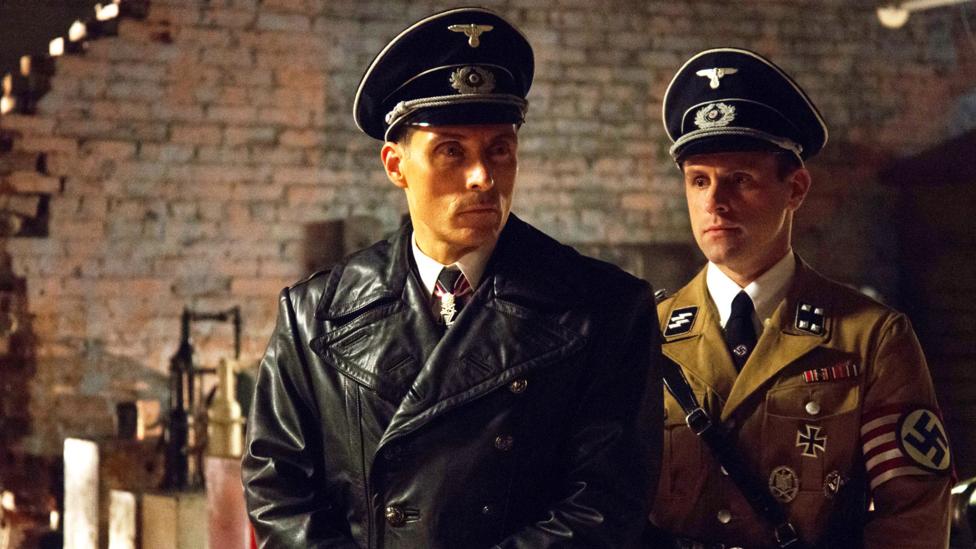 By Keith Uhlich 30th November 2015
The new show follows a long tradition of alternate-history stories – from the Roman historian Livy to television, where the speculative genre most resonated, writes Keith Uhlich.
W

It's what made the Roman historian Livy ponder, in his Ab Urbe Condita Libri (Books Of the Founding of the City), what might have happened if Alexander the Great had expanded his empire west instead of east. It gave shape to the plight of the hero in Nathaniel Hawthorne's short story P's Correspondence. who perceives the year 1845 as a time in which long-dead politicians and poets still live. 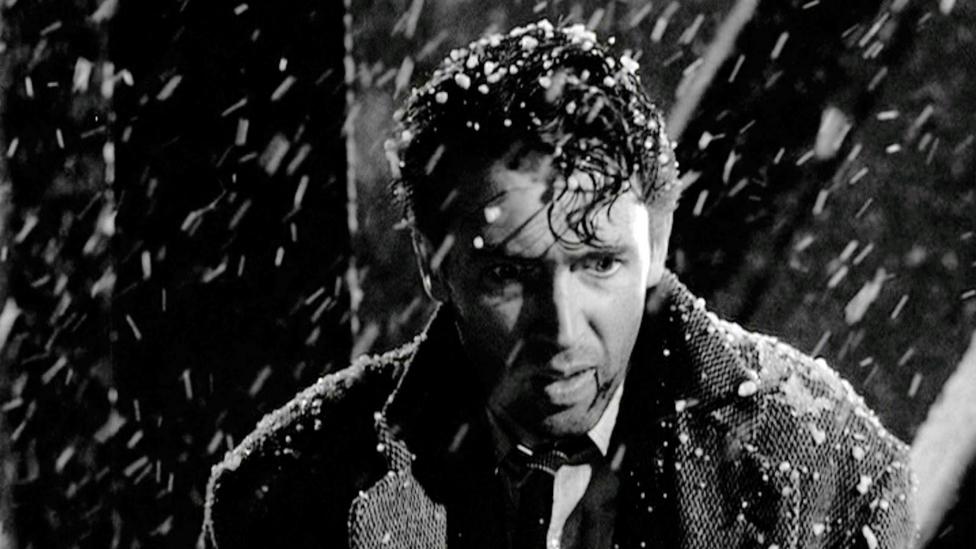 It’s a Wonderful Life may be the best known alternate-history story on film – it images what would happen if one man hadn’t been born (Credit: Paramount Home Media)

It's one of the principal motivating queries for It's a Wonderful Life's George Bailey, who is given glimpses of a lifeless world in which he was never born. And it's the theme of Philip K Dick's novel The Man in the High Castle, which imagines a universe in which the Nazis and the Japanese won World War Two and divided the American spoils.

A TV adaptation of Dick's book from former X-Files writer Frank Spotnitz premiered in the US on Amazon on 20 November. (The pilot, which aired last year, was one of the highest-rated and viewed in the streaming service's history.) And it certainly goes all-out in depicting a world off its axis. The money shot, which comes early in the first episode, follows square-jawed double-agent Joe Blake (Luke Kleintank) through a Times Square covered in fascist iconography. Just put a swastika in place of both the stars on the US flag and the Coca-Cola neon sign and you’re certain to get chills - and controversy: last week New York mayor Bill de Blasio ordered posters advertising the series to be removed from the city's trains.

The series reworks Dick's spare, suggestive and open-ended novel in a number of intriguing if not always successful ways. And watching all 10 episodes of the series' engrossing, though flawed, first season got me thinking about some of the best ‘What if?’ stories on television. Alternate history stories have found a particularly welcoming home on the small screen.

Look first, unsurprisingly, to the original Twilight Zone, which aired an episode in early 1963 called The Parallel, in which an astronaut in orbit inexplicably finds himself on an alternate Earth. The changes around him are mostly minute (a white picket fence where one never was), with the most epochal variation being that John F Kennedy never became president.

But it's these little differences that drive the protagonist crazy. Humans can't help but crave the familiar, and though the astronaut eventually ends up back on his own Earth, it's with a twist: An alternate-universe version of himself has apparently followed him back.

Creepy. And is it any wonder that many other sci-fi-centric shows followed suit with alternate universe stories of their own? Almost all of the Star Trek series made use of the mirror universe plotline from the 1960s show, in which the beloved characters on the Starship Enterprise faced off with their evil counterparts from a parallel reality. 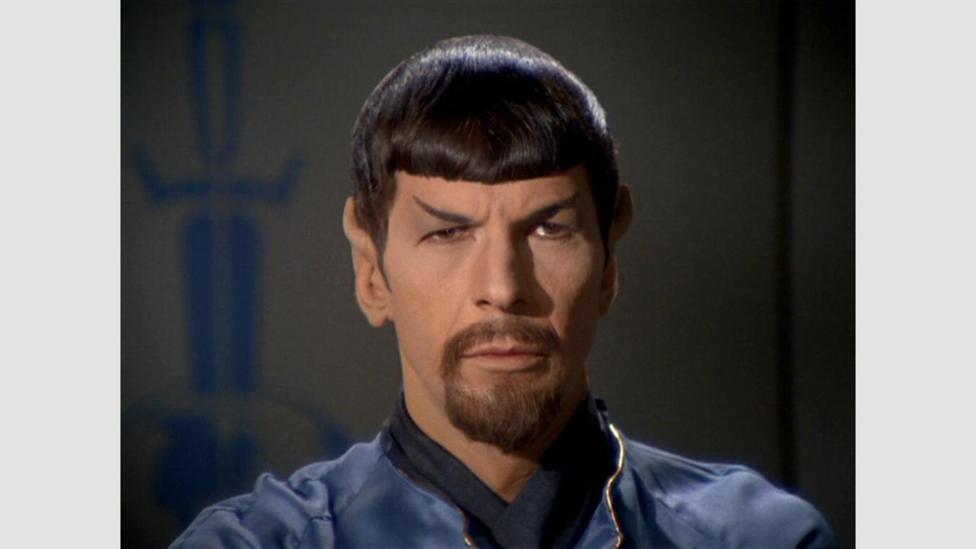 On Star Trek, the crew of the Enterprise discover a mirror universe where moral values are reversed – the noble Federation becomes the evil Empire, and goatees abound (Credit: NBC)

It first appeared in the 1967 episode Mirror, Mirror, in which a transporter malfunction swaps several members of the Enterprise we know with their more sadistic mirror universe doppelgangers. (The Van Dyke beard on the alternate universe variant of Leonard Nimoy's Mr Spock is the episode's scariest conceit.) After things are finally set right, Spock mentions to Captain Kirk (William Shatner) how refreshingly human those doppelgangers seemed, suggesting that our ‘good’ side can be as much of a mask as our ‘evil’ one. Who’s to say the world we know best is necessarily better than any other?

Sometimes alternate realities come in the form of premonitions; characters get a view of how things might be if the world continues on its current course. Among the few lesser-known works by massively influential film-maker Steven Spielberg is his episode of the '70s anthology TV series The Name of the Game, entitled LA 2017.

In it, a book publisher played by Gene Barry blacks out after crashing his car in the Hollywood hills and wakes up to find himself in a desolate world where humans have been driven underground due to pollution. If the environment above ground is toxic, the situation below is much worse, as the surviving populace is at the mercy of a corporatised fascist government.

Like much dystopic fiction, the episode is more about the evanescent fears of the current moment made tactile. Barry's character eventually escapes the nightmare – it's proven to be a literal dream. Yet the image that lingers most is not any of the future visions of anonymous steel structures and a militarised police force, but that of a dead bird lying by the side of the road in the present, an omen of a blasted wasteland that could still be made from humanity's own war on mother earth.

Be careful what you wish for

The Spotnitz-produced X-Files often dipped its toe into alternate universe fiction, one of the best examples of which finds hilarious form in the Season 7 episode Je Souhaite. FBI agent Fox Mulder (David Duchovny) discovers a wisecracking genie wrapped in a carpet and wishes for "world peace". But his good intentions blind him to the literalness of the request. When he steps outside every human being on Earth except for him has vanished, and all the noise pollution with them. Well…it's certainly more peaceful. 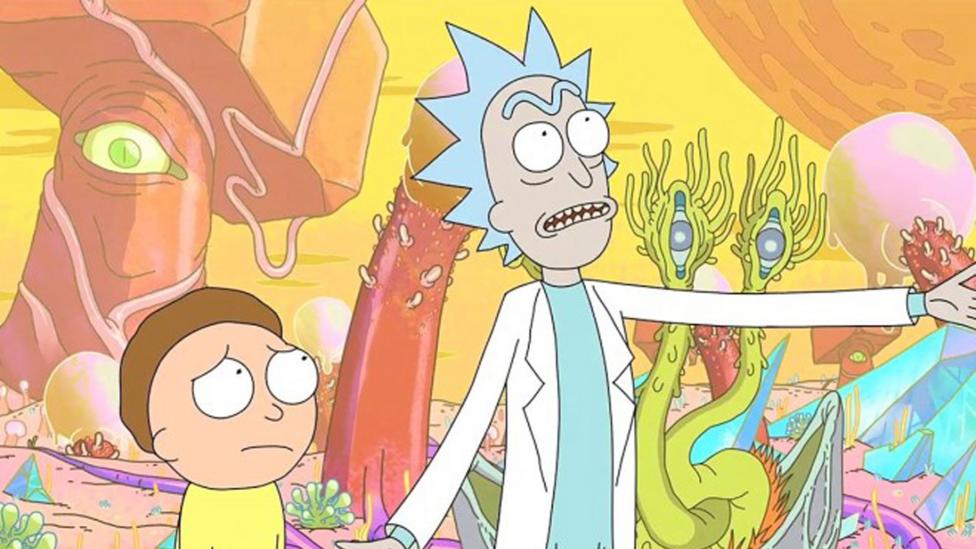 At Morty's irritating insistence, Rick invents a love potion that the high schooler can use on the girl for whom he has a crush. Unfortunately, she has the flu, so the serum quickly spreads like a virus between students, teachers, and the world at large until literally everyone loves Morty.

Rick's attempts to make an antidote result in almost everyone in the population turning into mantis-people (just go with it), which forces the duo to escape to an alternate reality. There, they discover alterna-world versions of themselves who have died in an explosion in Rick's garage. So they bury the bodies in the backyard and resume their lives, though the cognitive dissonance is almost too much for Morty to take.

The horrified look on his face as he walks through this familiar home that isn't truly his is devastating, and it marked the moment when a seemingly silly series proved it could do serious with the best of them. And that’s the thing about alternate-history stories: they’re usually reflections of our own fears, or the fears that inevitably result when our “what if?” daydreams or taken to their logical, and usually unsatisfactory, conclusions.

We start to doubt the concreteness, and even the moral rightness, of our own reality

Perhaps that’s what sets The Man in the High Castle apart. It's outwardly true to Dick's universe, with its rocket ships that jet between Berlin and New York in record time and its vision of the United States as a country both literally and spiritually divided. Yet the demands of an ongoing television series force some necessary changes that tend to take some of the edge off the novel's pointedness. 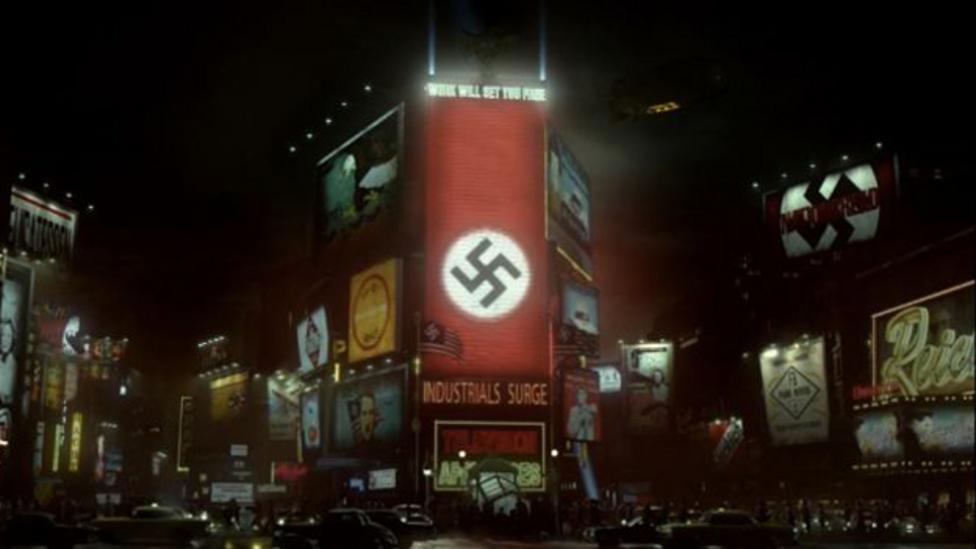 The Man in the High Castle has rendered an extremely detailed alternate history of America under the rule of the Nazis, including a transformed Times Square (Credit: Amazon)

One of Dick's central motifs is of a book-within-the-book written by the eponymous character. It's called The Grasshopper Lies Heavy, and describes an alternate reality very close to our own where the Allied powers won WWII. It gives the act of reading Dick's book a hall-of-mirrors effect where we start to doubt the concreteness, and even the moral rightness, of our own reality.

In the series, the book within has been changed to a film within. The Grasshopper Lies Heavy is now a series of newsreels – purportedly created by the title character, who never makes an appearance in this first season – that show an alternate reality in which the US triumphs as it should. As the season goes on, it's hinted that the films are actually Rorschach blots of a sort that show each viewer what they want to see. It’s as if, as we’re watching these characters struggle in a world sprung from our own nightmares, they’re looking back at us too.