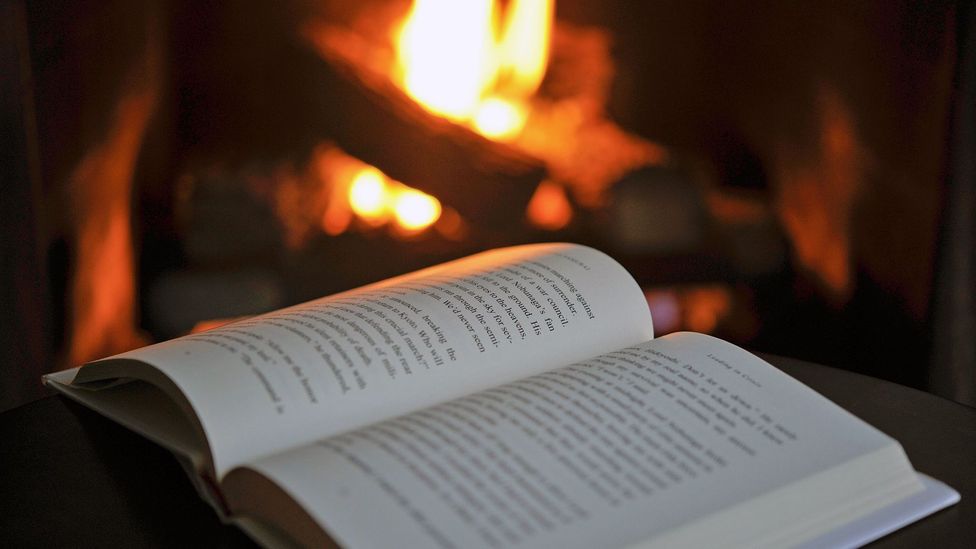 By Jane Ciabattari 27th November 2015
From a history of gems to an account of the raid on Entebbe, the memoir of a sketch artist to a linguistic history of Europe, make shelf space for these, writes Jane Ciabattari. 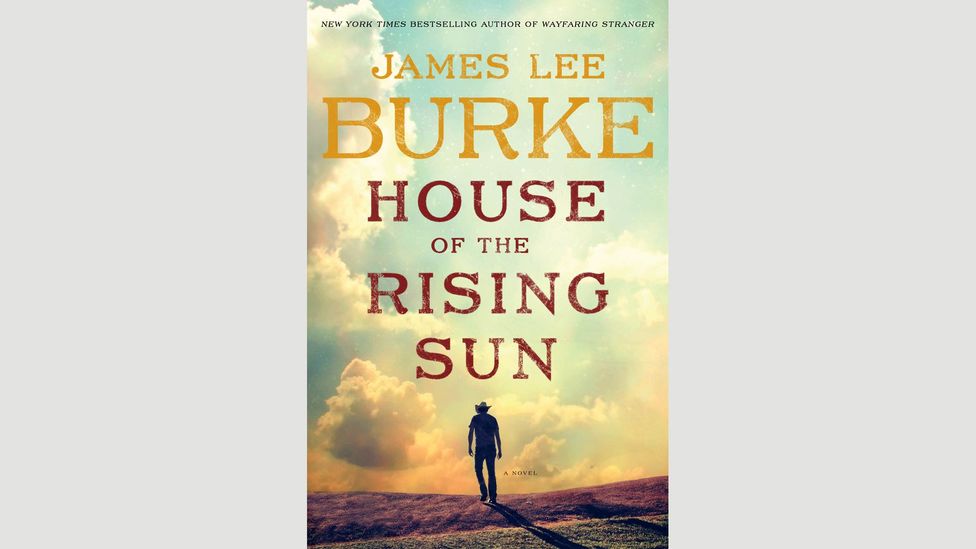 Burke, named a ‘grand master’ by the Mystery Writers of America and winner of two Edgar awards, is back with a new novel drenched in history and the eternal battle between good and evil. Former Texas Ranger Hackberry Holland is tracking his estranged son Ishmael, a US Army captain who has been wounded in the Battle of the Marne in 1918. Burke gives a vivid backstory, in which the violent eruptions of Hack’s youth drive away Ishmael’s mother. His encounter with a sadistic German arms dealer during the Mexican revolution leaves Hack with a relic that may be the Holy Grail. His search for his son takes him to the notorious New Orleans brothel, The House of the Rising Sun, San Antonio’s red light district and equally atmospheric places. Classic Burke. (Credit: Simon and Schuster) 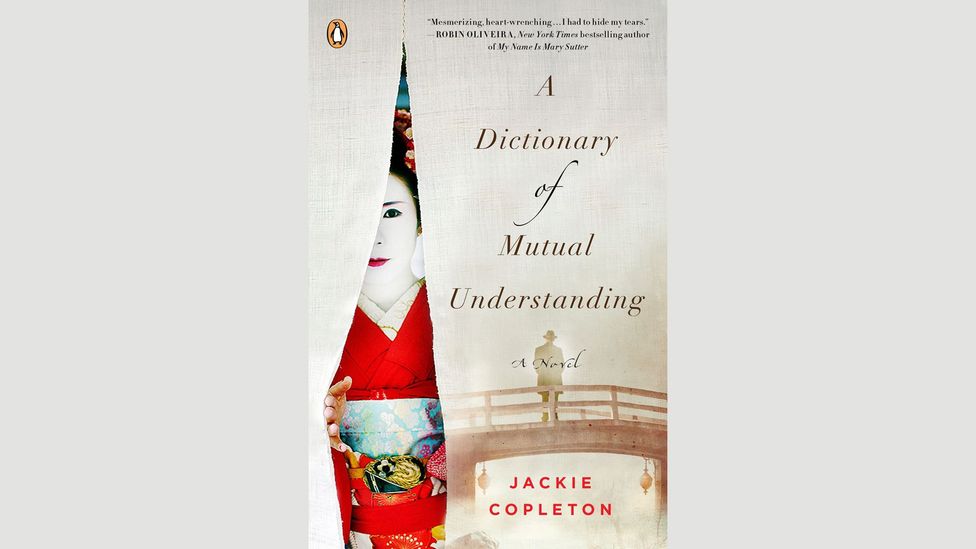 9 August 1945. An atomic bomb dubbed Fat Boy falls on Nagasaki, killing tens of thousands. Forty years later Ama, a survivor (a hibakusha) now living in Philadelphia – “the only remaining teller of this tale” – opens her door to find a scarred man claiming to be her grandson. Echoes from the past recall Hideo, her grandson, at seven, dressed for school the day of the nuclear attack. She had mourned him. Now, it seems he is alive. “If this man was Hideo he would be a living reminder of all I had tried to forget by moving to America,” she thinks, as she finds herself doing what she had avoided for decades: “Look back.” Copleton, who taught English in Nagasaki and Sapporo, draws upon memoirs of survivors and oral histories for this lyrical and moving first novel. (Credit: Penguin) 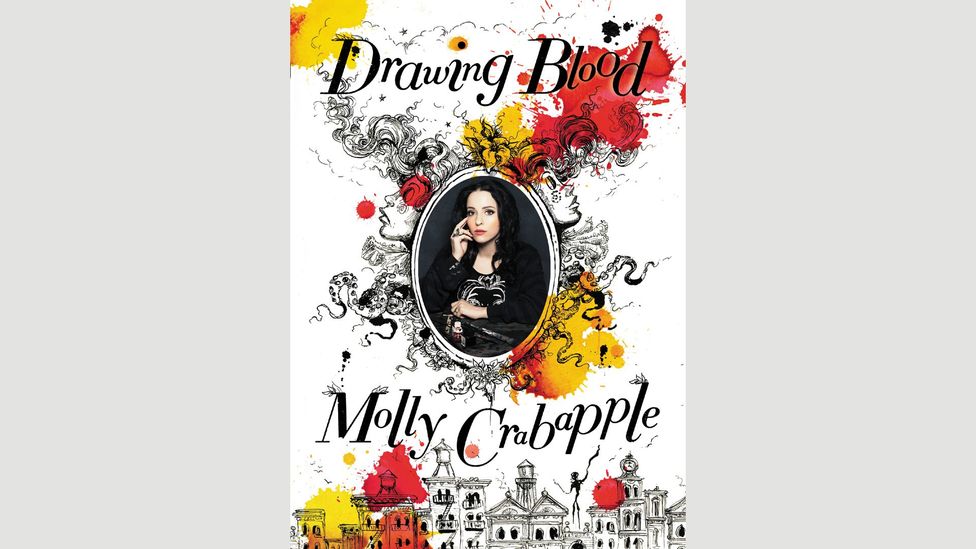 “This is the story of a girl and her sketchbook,” writes Crabapple. She begins her artfully illustrated memoir in a courtroom at Guantanamo, where she is sketching Khalid Sheikh Mohammed, the alleged mastermind of 9/11. She is 29, and has been drawing for 15 years. She traces her journey from childhood in Queens (she comes from a family of artists), to Paris, where she lived at the Shakespeare & Company book shop, back to New York, where she posed as an artist’s model and found a downtown club to be her own Moulin Rouge, to making drawings of Occupy Wall Street, Syria and the Abu Dhabi labour camps. “Art is hope against cynicism, creation against entropy,” she writes in this fiercely passionate affirmation. (Credit: Harper) 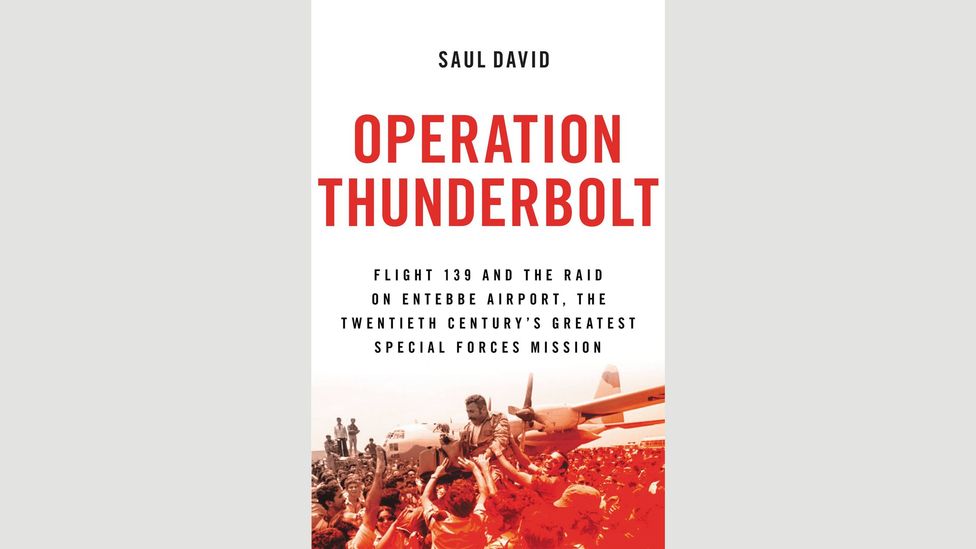 A group of terrorists hijacked an Air France flight to Paris from Tel Aviv on 27 June 1976. The pro-Palestinian guerillas found a safe haven in Entebbe, in Uganda; Idi Amin, the country’s vicious dictator, collaborated with them. David, a military historian, shuttles between the sweltering airport in Entebbe, where the passengers were kept hostage, to cabinet rooms in Israel and other countries, the homes of hostages’ families, the Israeli Defense Force, the bases of the soldiers spearheading the Special Forces mission and the C-130 Hercules planes that transported the rescuers to Entebbe. He brings thrilling detail to one of the most dramatic rescue missions in recent history – and highlights the key roles played by Israeli leaders Ehud Barak, Shimon Peres and Yitzhak Rabin. (Credit: Little, Brown) 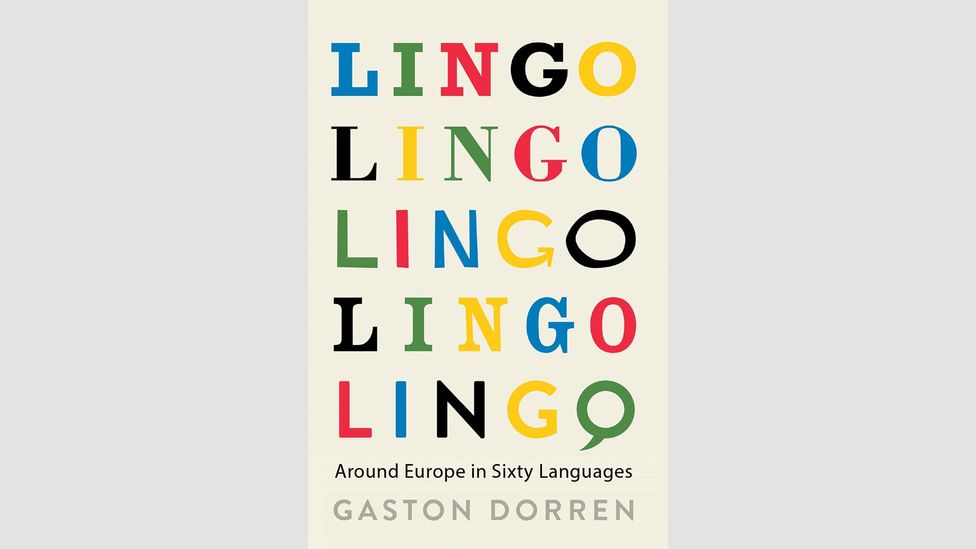 Dutch linguist Dorren begins with a clear thesis: Europe’s scores of languages may sound and look forbidding, but the stories about them are compelling. He explains why 60 languages sound the way they do, from French (guided by a mother fixation, he says) to Spanish (he explains why it sounds like a submachine gun) to Ottoman (an artefact created from Turkish, Arabic and Persian). In a chapter called “Nghwm starts with a C,” he explains why the “astonishingly ornate” Welsh word forms “make life hell for a second-language learner.” He tracks the lineage of Europe’s two big language families, Finno-Ugric (the basis of modern Finnish, Hungarian and Estonian) and Indo-European (the underpinning for Germanic, Romance and Slavic languages such as Lithuanian, Romansh, Ossetian, Romanian and French). His linguistic tour is fascinating, funny, surprising and enlightening. (Credit: Grove Atlantic) 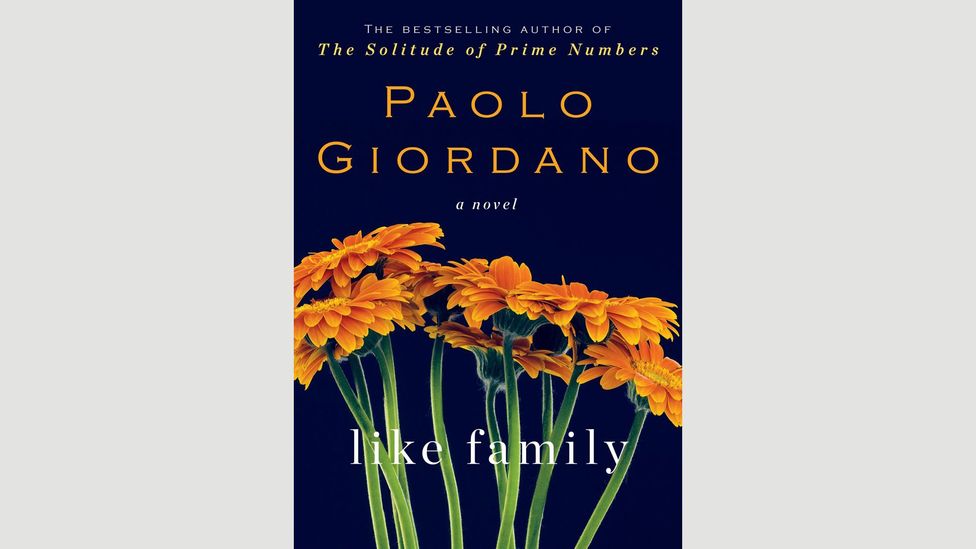 Giordano trained to be a theoretical particle physicist and became the youngest ever winner of Italy’s Premio Strega literary award for his first novel, The Solitude of Prime Numbers. His spare third novel explores the grief and loneliness that descend upon a family when their long-time housekeeper and nanny becomes ill and dies from lung cancer. The husband tells the story of how the deceased Signora A helped his wife Nora through a difficult pregnancy and became an anchor for their young son and “a steady element, a haven” in their loving marriage. And how they lose her. (She dies on his 35th birthday.) Giordano describes this powerful, elegantly distilled tale of a sorrowful family as an homage to a real woman he knew. It is both unsentimental and heartbreaking. (Credit: Pamela Dorman Books/Viking) 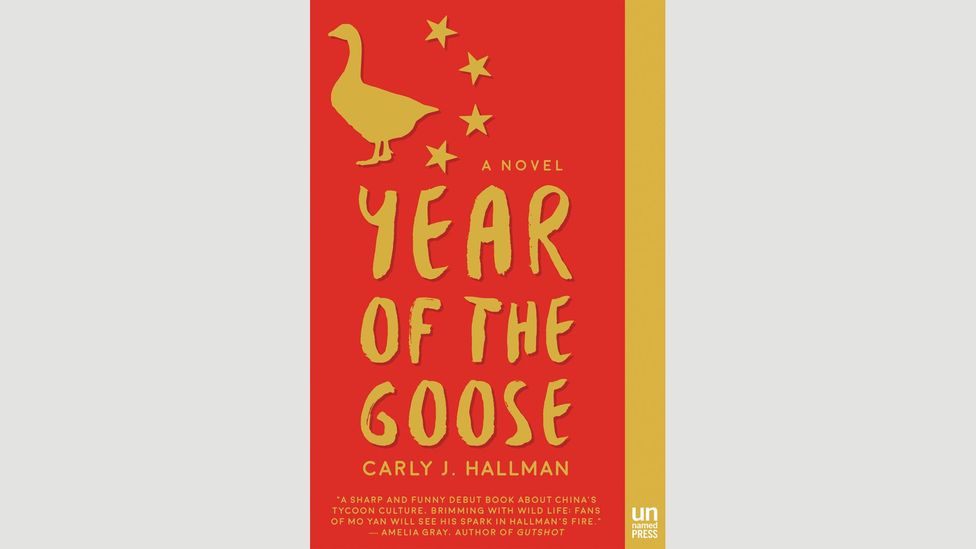 Papa Hui, China’s richest man, founder and CEO of the Bashful Goose Snack Company and his bashful pet goose are revered in China. But his snarky 24-year-old daughter Kelly, a University of Southern California graduate, is cynical about working for her father. She’d rather run the company herself. Enter Wang Xilai, who is equally ambitious. He’s a self-made wealthy celebrity who made his money harvesting hair from Lulu, the woman with the most lustrous hair in China, and selling it as hair extensions. When Papa Hui and the goose are murdered, Kelly and Wang Xilai are the prime suspects, reviled in tabloid stories, put on trial and under house arrest. Hallman, who is based in Beijing, captures China’s era of the instant tycoon with biting satire. (Credit: Unnamed Press) 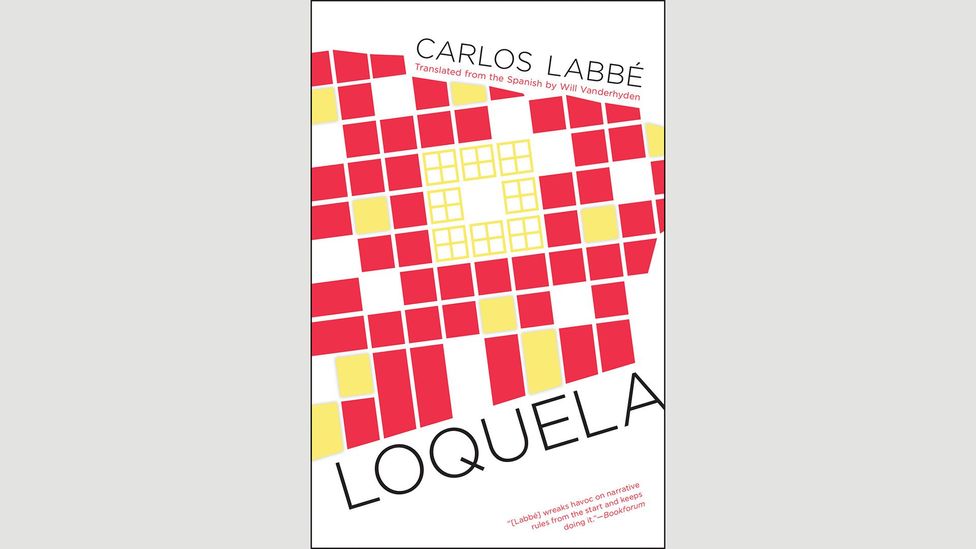 Chilean-born Labbé, selected as one of Granta’s Best Young Spanish-Language Novelists, creates a playful hybrid of detective novel, love story, and experimental narrative in his fourth novel, translated from the Spanish by Will Vanderhyden. After spending months developing an intricate plot involving the murder of an albino girl, Carlos has a change of heart: “He’d been mistaken, he said to himself, as he sat back down at the desk: he didn’t want to write a detective novel; he wanted to write a mystery.” But who is writing the novel? And what happened to Violeta the albino girl Carlos has known since boyhood? Labbé structures his text partly as the draft of Carlos’s novel, partly as Carlos’ diary, and partly as an account from Violeta. (She calls him He Who Is Writing the Novel.) Fresh fun for Borges fans. (Credit: Open Letters) 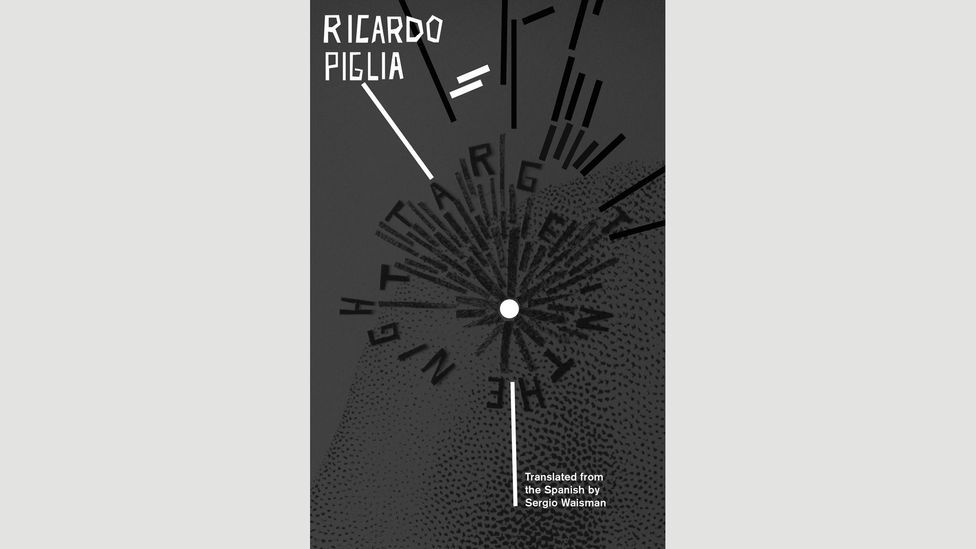 Ricardo Piglia, Target in the Night

Buenos Aires-born Paglia recently won the Formentor Prize, following in the footsteps of Jorge Luis Borges, Carlos Fuentes, Juan Goytisolo, Javier Marias, and Enrique Vila-Matas. Target in the Night, his latest thriller, translated from Spanish by Sergio Waisman, won the 2011 international Romulo Gallegos Prize. It stars Inspector Croce, a legendary detective who gets results, even though he has “a screw loose”. His new case involves the murder of a man who met the twin red-haired Belladona sisters in Atlantic City and followed them to the Argentinean town their grandfather from Turin founded. Who killed him? And why? “The whole town participated in fine-tuning and improving the stories,” writes Piglia.” The motives and the point of view changed, but not the character. The events themselves hadn’t actually changed, only how they were being perceived. There were no new facts, only different interpretations.” (Credit: Deep Vellum) 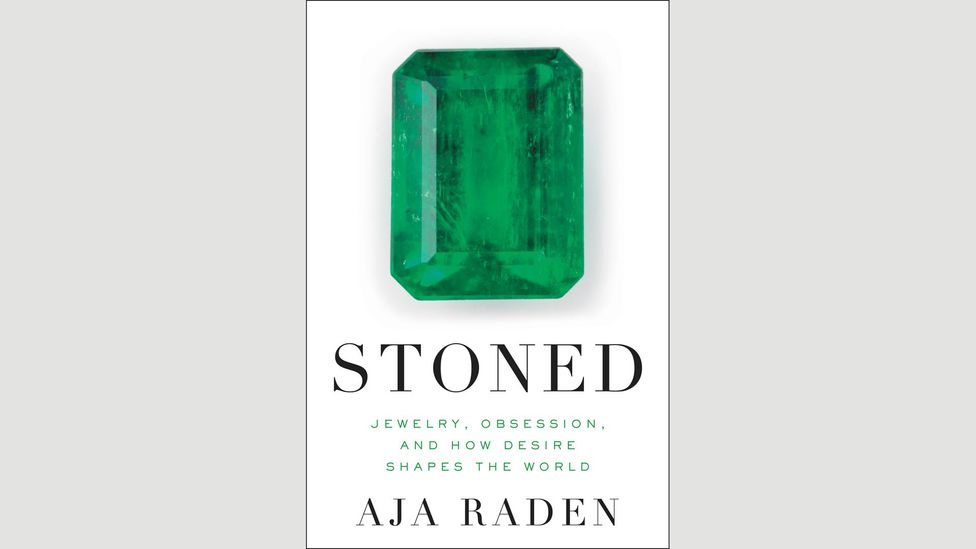 When the world’s second largest diamond (1,111 carats) was found in Botswana recently, it made headlines all over the world. Our fascination with precious gems and metals seems hardwired. “All of human history can be boiled down to these three verbs: Want, take and have,” writes Raden. “And what better illustration of this principle than the history of jewelry?” She writes of the Venetian glass beads used to purchase Manhattan island and the diamond necklace that may have started the French revolution. She examines what makes a jewel valuable (scarcity, or the perception thereof), and traces the value of diamonds from the first engagement ring, given by the Archduke Maximillian to princess Mary of Burgundy in 1477, to the building of the De Beers diamond empire. A fascinating, often humourous social history. (Credit: Ecco)