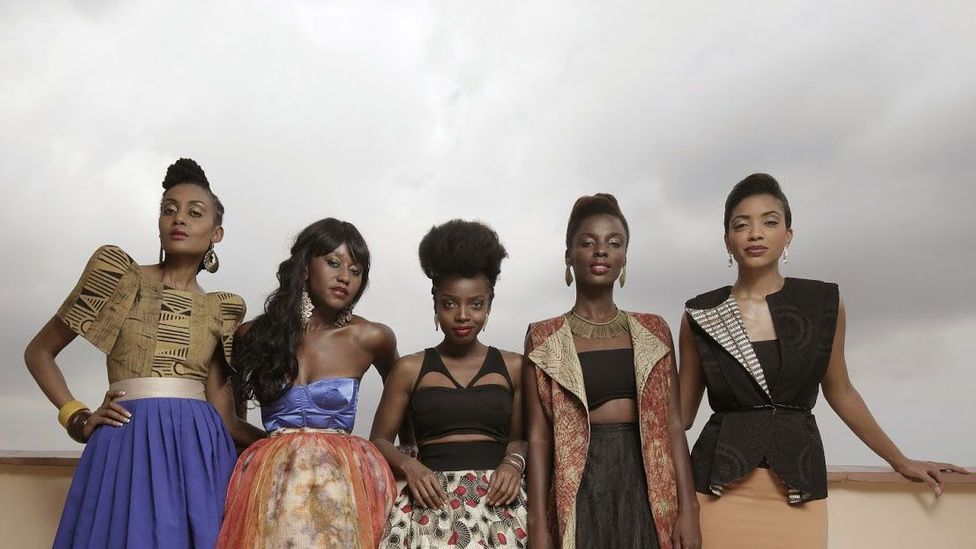 By Yepoka Yeebo 4th December 2015
The web TV series An African City follows the lives of independent young women in the Ghanaian capital Accra – and it has struck a chord with women around the world, writes Yepoka Yeebo.
T

An African City is a glossy look at the life of NanaYaa (played by MaameYaa Boafo), a journalist recently returned from New York and four of her friends. The show’s controversial combination of sex, glamour and hard truths about life in Africa has drawn attention from all over the world.

“It’s a story of five African women raised abroad coming back to the continent looking for love,” says Nicole Amarteifio, the creator of the web-based series. “I was watching a Sex and the City rerun,” she recalls, “and I said ‘I wonder what an African version would look like.’”

Amarteifio, who was born in Ghana and raised in the United States, says she went out of her way to write about people she didn’t normally see on television. People like herself: young, highly educated African women who may have two, or sometimes three nationalities.

Episodes touch on some of the more frustrating aspects of living in a developing world city. The roads are bad, there are constant electricity blackouts and the mobile phone networks drop out with frustrating regularity.

Related story: Why the young and talented are returning to Ghana

There are thornier issues too. Makena, the lawyer, is propositioned during a job interview. Journalist NanaYaa discovers Ghana’s overheated real estate market, and the fact that most Accra landlords expect at least a year's rent up front before handing over the keys. She dates an older man and seriously considers letting him buy her a flat, because her friend Sade, a banker, does it all the time. Later in that episode, Sade runs into her sugar daddy at a hair salon and discovers she’s not the only beneficiary of his largesse.

“If the show is doing one thing right, it shows women purposefully navigating their sexuality and their desire for a kind of sexual power,” says Rita Nketiah, a PhD student who studies return migration at York University in Toronto, Canada.

Many critics have balked at the show’s focus on wealthy African women, when ordinary Ghanaians face more fundamental challenges. The show plays out in pricy apartments, trendy bars and posh restaurants, places most people in Accra can't afford to visit.

We’re so used to seeing African women in poverty, I wanted to go to the other extreme – Nicole Amarteifio

“The main criticism of An African City is that it only shows one side of Ghana,” says 29-year-old Nketiah. But, she adds, the characters in the show are true to life. “I find them really obnoxious to be honest. But it’s an obnoxiousness that is real,” she says. “I’m annoyed with it, but I know people who say those things and who do those things and are deeply implicated in the class structure of Ghana.” 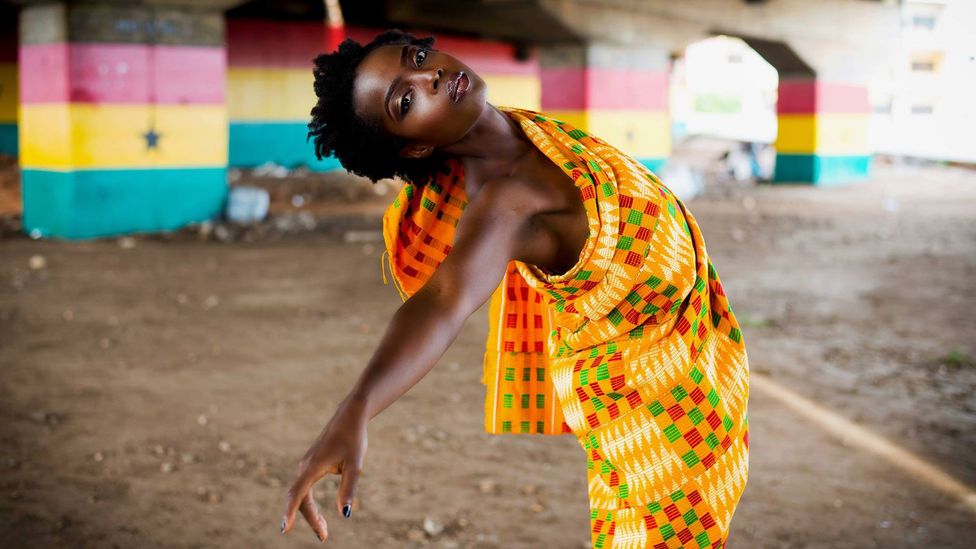 The show’s star MaameYaa Boafo was born in Pakistan to Ghanaian parents and is now based in New York City (Credit: Eveliz Tomety/Studio Eveliz)

Amarteifio is upfront about her focus on wealthy professionals. “We’re so used to seeing African women in poverty, I wanted to go to the other extreme,” she says. “Critics say ‘all these girls do is sit in restaurants.’ Well of course they do – remember the 1980s?” Her own family fled Ghana in that decade after a coup d’état and severe food shortages crippled the country. Amarteifio says she wants to reflect the fact that Ghana has come a long way since then.

PhD student Nketiah says she and her friends enjoy An African City – the fashion, the makeup, the luxurious locations, but she's conflicted about the show. "It’s definitely entertaining and I think they’re doing something right.” Nketiah says it is especially fitting as people are celebrating growth and development on the continent.

“I know we’re tired of the ‘dark continent’ narrative, but the ‘Africa rising’ narrative is just as problematic,” Nketiah says. “The point is that we need more shows. It can’t just be the responsibility of this one person who has a platform.”

The series has accumulated around 1.8 million views on YouTube

Many foreign TV programmes focus on just one segment of society, Amarteifio argues. “I watch ‘Real Housewives’ of everything,” she says, referring to the American reality TV franchise. “There are all wealthy women. I don’t see any of the critics saying they’re too rich.”

Before creating An African City, Amarteifio worked in communications for the World Bank after getting graduating from Georgetown University in Washington DC. A small earthquake in in the city helped her realise what she really wanted to do with her life. 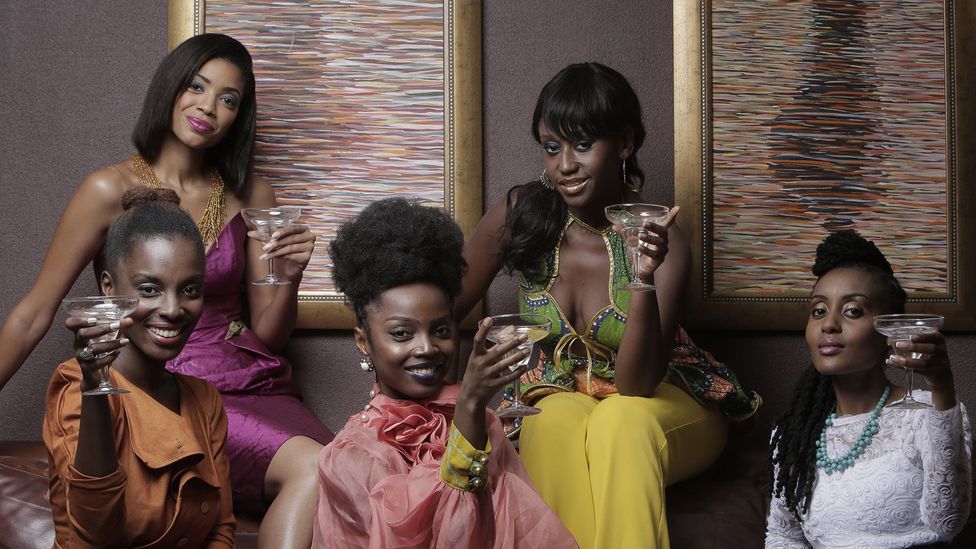 A second series of An African City is currently in development, which its creators hope will have longer episodes and an extended run (Credit: An African City)

“One day the World Bank shook,” says Amarteifio. “When I thought I was facing death, I thought: ‘I never got to do my TV show.’” She funded the first series of the show herself, moving back home with her mother to put more money into the project.

The series has accumulated around 1.8 million views on YouTube since it debuted in 2014. Amarteifio says the response to the first season of 10-minute episodes was beyond her expectations. “The first season was supposed to be a pilot, I thought I’d get a few thousand hits on YouTube so I could pitch it to networks,” she says. “It just took on a life of its own.”

The networks have noticed: African satellite channels Ebony Life TV and Canal Afrique have picked up the show, and have partially funded the upcoming second season. Amarteifio says she's hoping sponsors will help bolster the season, which will have a longer run, with expanded episodes.

The ultimate aim, Amarteifio says, to show people a side of Ghana that doesn’t get enough attention. The whole show, she adds, should be a showcase for African culture. “I didn’t want to use western fashion designers and have characters talking about Gucci, I wanted them talking about [Ghanaian designer] Christie Brown. Jay Z’s great, but I wanted people talking about Jayso, the show’s musical supervisor,” Amarteifio says. She thinks that there are “people out there who don’t know that there’s so much beauty and talent coming out of the continent.”

When she first wrote the show, Amarteifio says she thought it would appeal mostly to people like herself. “But some of the show’s followers are immigrants or people who’ve gone back home to Italy, Pakistan, Lebanon,” she says. Amarteifio’s favourite response was from a Puerto Rican American born in New York and living in Italy, who posted a comment that read: “What do I have in common with these women? Everything.”