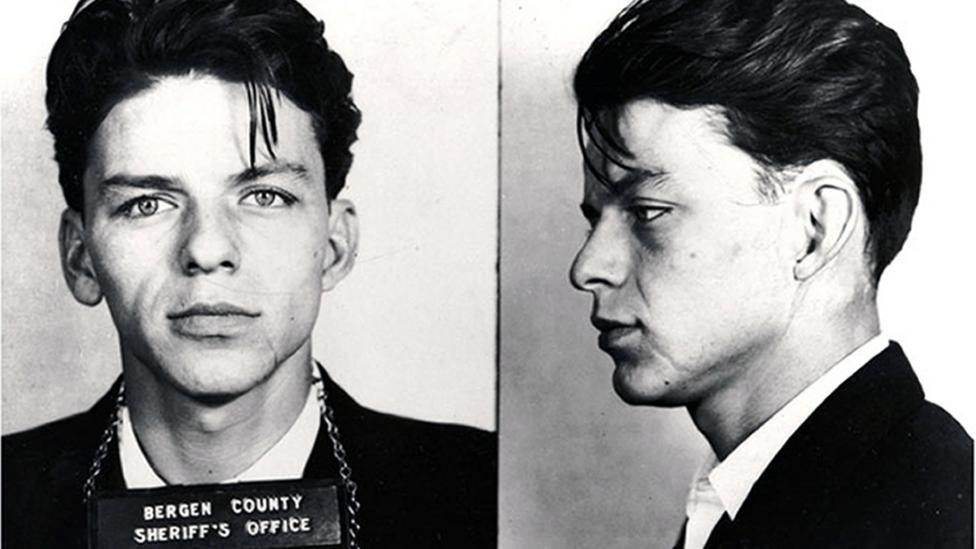 By Fraser McAlpine 14th December 2015
Much is made of the crooner’s alleged Mob ties – but what was he really like? And did his supposed danger feed his appeal? Fraser McAlpine takes a look.
D

Danger is an overused term in showbusiness. Thrown about almost as frequently as the word genius, it is often used to describe someone who either has a bad temper, is a difficult interviewee or makes art that requires a bit of heavy thinking.

But while Frank Sinatra certainly had a few anger management issues, and would prove to be a handful when faced with a reporter’s microphone (or worse, a camera), his music is anything but difficult. Largely bypassing analytical thought to aim for the emotions, it goes down as smoothly as his trademark two fingers of Jack Daniel's and a splash of water. So, was he a dangerous performer?

Certainly in his first flush of 1940s success, his sharp cheekbones and deep blue eyes were a worry, both to parents of the bobbysoxers that swooned at his feet, and specifically to Bing Crosby. Bing, with his warm and intimate bass-baritone, had been the main beneficiary of a shift from acoustical to electronic recording, meaning that singers no longer had to project as if shouting to compete with a blaring brass section.

In the 1930s his was the most popular and revolutionary voice in music, and then Frank arrived with a similarly laconic style – but none of Bing’s cuddliness and no paternal pipe smoke. A sharp-suited son of the Hoboken streets with some heavy friends, Frank took the part later imitated by Elvis Presley and scores of bad-boy boybanders since – that of a wild man with wicked intent – leaving nice guy Bing with a slight case of the Bill Haleys.

It’s one thing to sing of heartbreak and swooning romance if you appear to be pure of spirit and noble of heart. But to pledge your fragile heart – as Frank did in Polka Dots and Moonbeams, his first big hit with the Tommy Dorsey Orchestra – with that sharp gleam in his eye that suggested to each ardent fan that they were the only one that really understood his tortured soul. That’s 20th Century celebrity sex appeal, right there. No wonder the authorities were nervous.

There was talk of the Tommy Dorsey contract being broken at gunpoint by friends in the Mob, to allow Frank to go solo

The effect of Sinatra’s popularity on his audience and his background in street politics were enough for the FBI to open a file on him in the 1940s, a file that eventually grew to over 2,000 pages, covering his rumoured (and hotly contested) connections with organised crime, his anti-racist views and liberal politics and his burgeoning relationship on the campaign trail with Jack Kennedy. 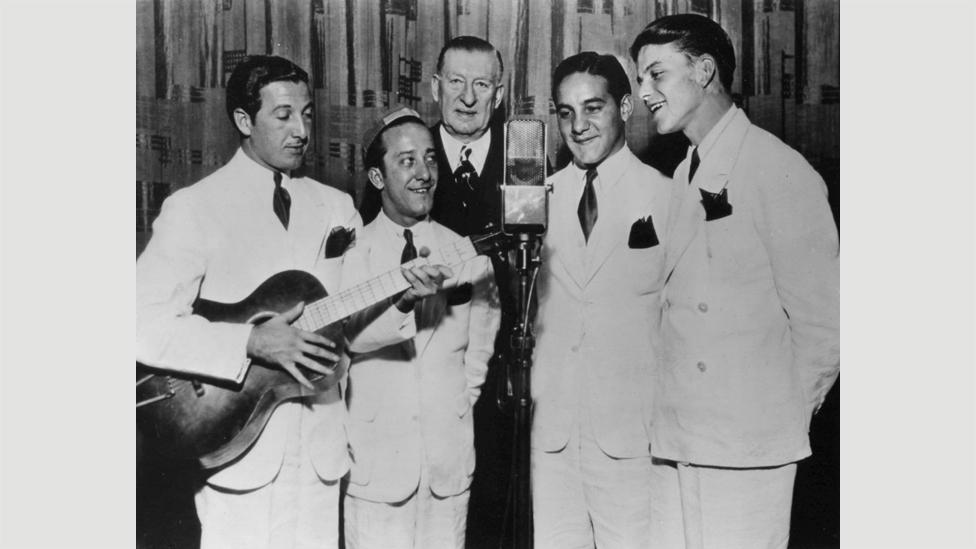 There was talk of the Tommy Dorsey contract being broken at gunpoint by friends in the Mob, to allow Frank to go solo; talk of connections that went down into the underworld and up into the White House. This was no avuncular uncle or giggly showbiz lightweight, but a man with the drive to put himself at the top of whatever tree he was in.

My Way or the highway

Gay Talese’s wonderful 1966 Esquire essay Frank Sinatra Has A Cold refers to him as acting out the role of Il Padrone, a Sicilian term that means ‘the boss’, and it’s a title that is as bestowed as it is taken. It’s a useful filter to apply when looking at Sinatra’s life, rather than just that of the overheated ego of the alpha male. Frank was always the most important person in the room by common agreement; he commanded respect, and he got it – it was about community, etiquette and honour.

All of which were severely challenged in the early ’60s when the newly elected President Kennedy decided not to take his family on a long-planned trip to go and stay with Frank and his (possibly worrying) friends. Sinatra may have installed a helipad for the President, but Bing Crosby’s house was a safer bet, especially as Bobby Kennedy was out to clip the wings of crime bosses at the time. Having endured the indignity of being out-padroned in his own home, Frank was said to have attacked the helipad with a sledgehammer.

That need to be seen to be important was instilled in him from a young age by his mother. Dolly Sinatra was a social hub in Hoboken, New Jersey, acting at one time or another (according to James Kaplan’s Frank: The Voice) as a court translator, midwife, supplier of back alley abortions, ward leader for the Democratic Party and prohibition-breaking bartender. She knew a lot of people and did a lot of favours, and put up with very little in the way of nonsense, and that’s the spirit in which Frank went on to conduct his affairs.

Generous to a fault, Frank would reward loyalty with thoughtful and expensive gifts – gold cigarette lighters were a particular favourite – he always made a show of having the very best and extravagantly dispensing his bounty. He was also meticulous about how he dressed, even training himself to sit in a certain position while sleeping on the Dorsey tour bus, so as to avoid creasing his suit. This habit of conspicuous grooming and gladhanding put him at the very centre of a good many rooms, acting the role of a (mostly) benevolent monarch, taking tributes from everyone and offering the olives from his martini to favoured courtiers.

He was a man of high standards, fond of telling people off for breaches of etiquette, including being racist or anti-Semitic

Like the best medieval kings, he was also easily irked, prone to temper tantrums over perceived slights and sometimes blackballed previously close friends. He was a man of high standards, fond of telling people off for breaches of etiquette. These may include being racist or anti-Semitic – which he was strongly against – but also being improperly dressed, or failing to show enough deference, or being a bit annoying, or being a journalist.

He found himself under siege in Australia in 1974 after he referred to female Aussie journalists as "buck-and-a-half hookers" from the stage and then refused to apologise until it was clear he couldn’t leave the country until he did. This was years after the story of Sinatra being offered $16,000 for a paparazzi shot with Ava Gardner, during the affair that broke his lucky streak. He countered with a suggestion that he and Ava would be prepared to accept $32,000, provided he could also break one arm and one leg of a photographer.

But showbusiness kings have finite empires. When his star temporarily dwindled in the early 1950s, the only danger Frank presented was to himself. His tempestuous relationship with Gardner made a public show of him, and his divorce from first wife Nancy Barbato reduced his standing in the community. The alleged circumstances surrounding how he was cast in From Here to Eternity are thought to have inspired Mario Puzo’s depiction of the crooner who uses his Mob ties to get a movie role – complete with a horse’s head in a Hollywood producer’s bed – in The Godfather. 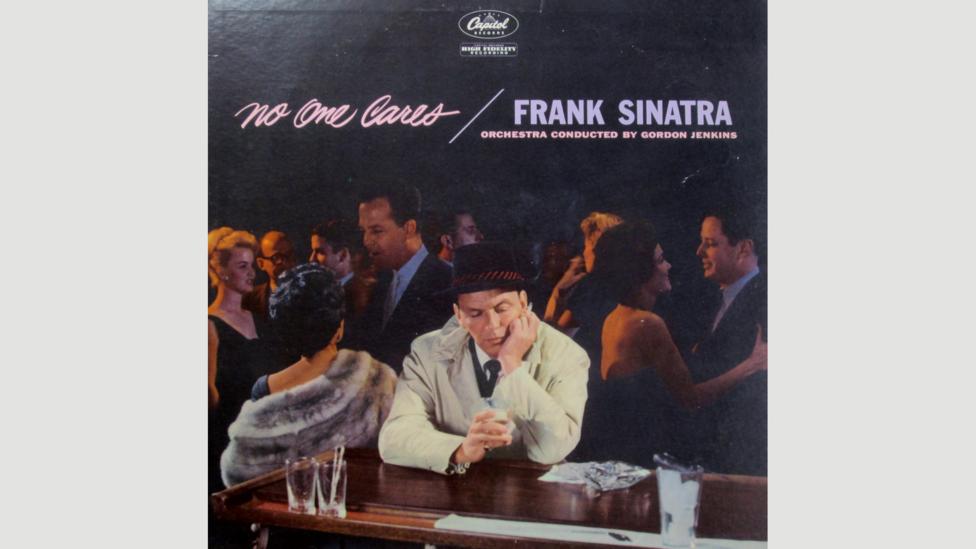 Many of Sinatra’s best albums have a dark tinge to them and collect songs about loneliness and heartbreak, such as No One Cares from 1959 (Credit: Capitol Records)

Torn by feelings of love, guilt and despair, Sinatra attempted suicide, more than once. This is the existential depth you can hear in his most melancholy songs after that point – on albums like Frank Sinatra Sings for Only the Lonely and No One Cares, the latter of which Sinatra called a collection of “suicide songs” – and the reason his comeback was stronger than that original flare of giddy popularity.

He wasn’t a bumptious kid with some hit records, he’d lived a bit, and lost a bit and it showed. The danger of Frank Sinatra (aside from his genuine ability to physically threaten people) was also his unique gift – his capacity to  understand people who had been too close to the fire themselves and were now busily attempting to put themselves back together, their way.