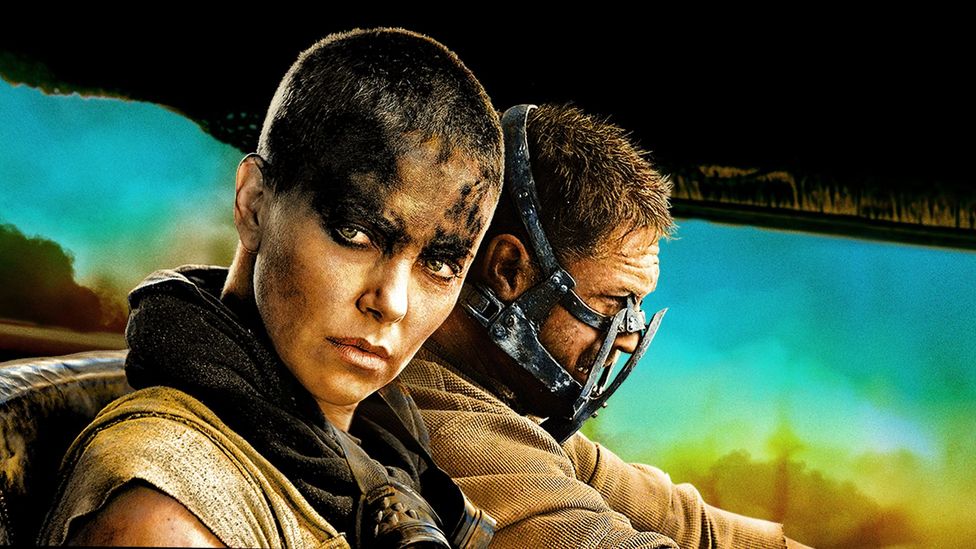 By Owen Gleiberman 18th December 2015
From two outstanding documentaries to a pair of blockbuster spinoffs we never knew we needed, critic Owen Gleiberman picks the finest cinema had to offer. 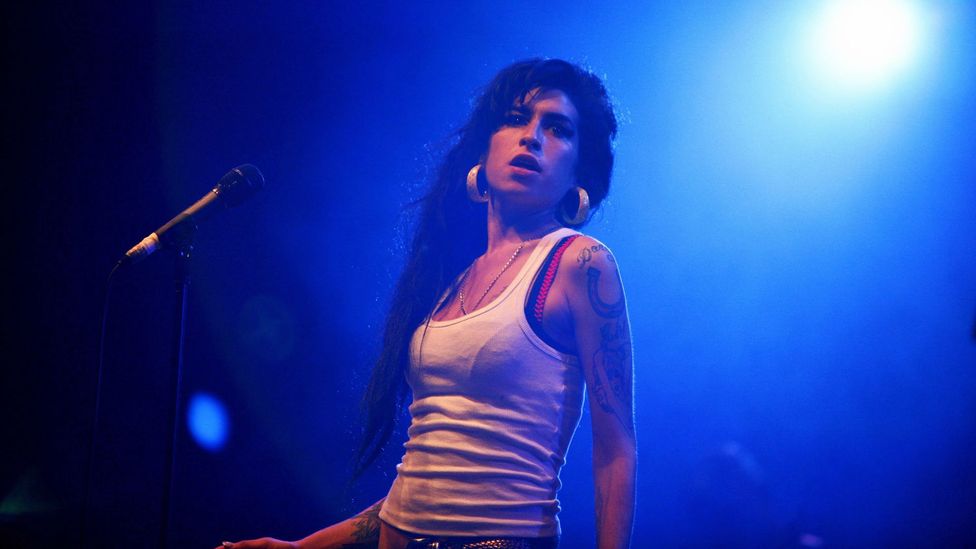 Amy Winehouse made only two albums, and by the time she died at 27, her descent into alcoholism and all sorts of other slovenly behaviour had been so covered by the media that you might think: how could a documentary about her have anything new to discover? But that’s what makes Asif Kapadia’s film such a revelation. Its vision of Winehouse is so intimate and startling that it’s as if you’re watching a movie about a star you’ve never seen before. The girl behind the cat’s-eye makeup had a talent worthy of Billie Holiday, an erotic charisma that poured out of her like holy light, and a desire to destroy herself that Kapadia drags away from the tabloids and elevates into the full, searing tragedy it was. (Credit: A24) 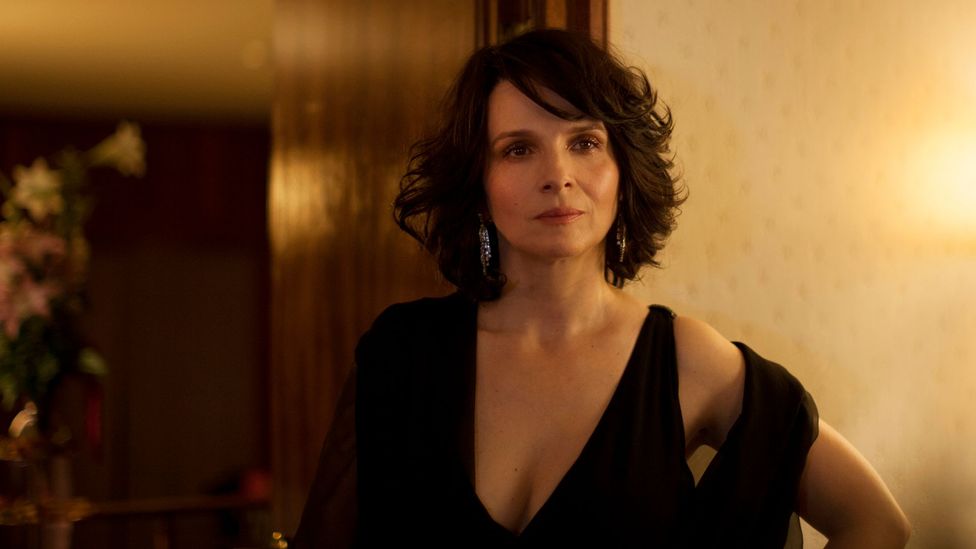 If the Ingmar Bergman of Autumn Sonata had been a looser and less severe film-maker, he might have come up with something like Olivier Assayas’ haunting drama about an actress (Juliette Binoche) who doesn’t realise the midlife crisis she’s going through has become her greatest role. Binoche musters a symphony of emotion, and Kristen Stewart, as her tersely ambitious assistant, gives a performance that points to the kind of actress she could be: a millennial Jane Fonda. Assayas turns the title cloud formation – an eerie snake of white wisps – into a metaphor for life’s dark forces that is also a poetic coup de cinema. (Credit: Les Films du Losange) 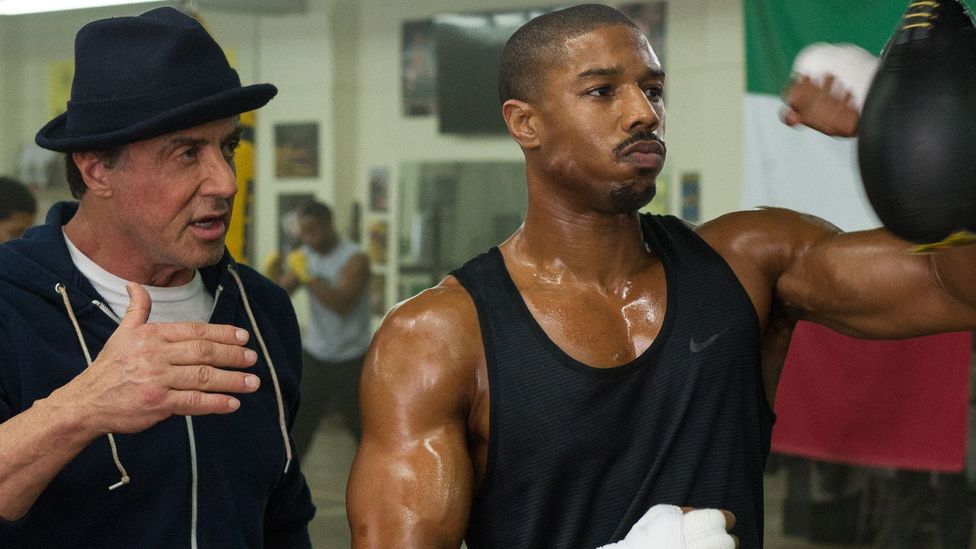 You probably thought the last thing you wanted to see was another Rocky spinoff, but Ryan Coogler’s high-voltage boxing psychodrama is the most exciting popcorn movie of the year. The plot is standard issue, but every frame is a testament to Coogler’s filmmaking bravura. Michael B Jordan, as the son of Apollo Creed, invents a new kind of star performance: so cool it’s almost masked (when he weeps it’s like watching a statue cry) yet driven by a deep-down vulnerability that links it to Sylvester Stallone’s performance in the original Rocky. Stallone is on hand here, as a broken but unbowed version of his former self, and if that sounds trite, Stallone makes it staggeringly soulful. (Credit: Warner Bros) 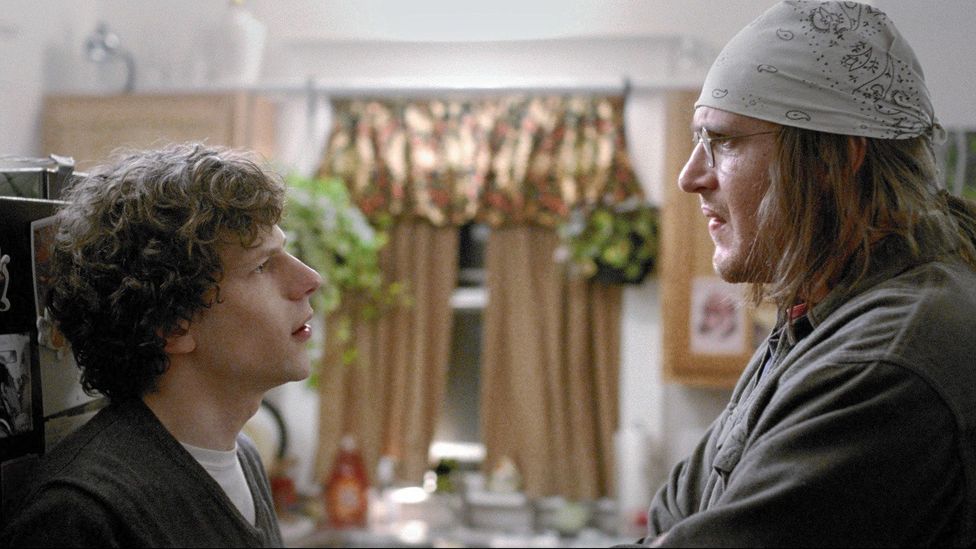 If you want to see how a movie that’s all talk and no plot can keep you on the edge of your seat, don’t bother with The Hateful Eight – check out James Ponsoldt’s ingeniously flowing drama about David Foster Wallace, a writer so tormented by the convolutions of his egomania that he couldn’t even allow himself to enjoy his own fame. Jason Segel, in an extraordinary performance, plays Wallace as a loping Gen-X sage in a hoodie scarf who has the insight – and perversity – to treat success as failure. Jesse Eisenberg, as the Rolling Stone reporter interviewing him, is all avid rationality, but The End of the Tour is ultimately about the enigma of Wallace’s suicide. The movie says that he was addicted to his need to one-up everyone around him – even if that meant exposing what a sham role he now occupied by snuffing out his celebrity himself. (Credit: A24/Sony) 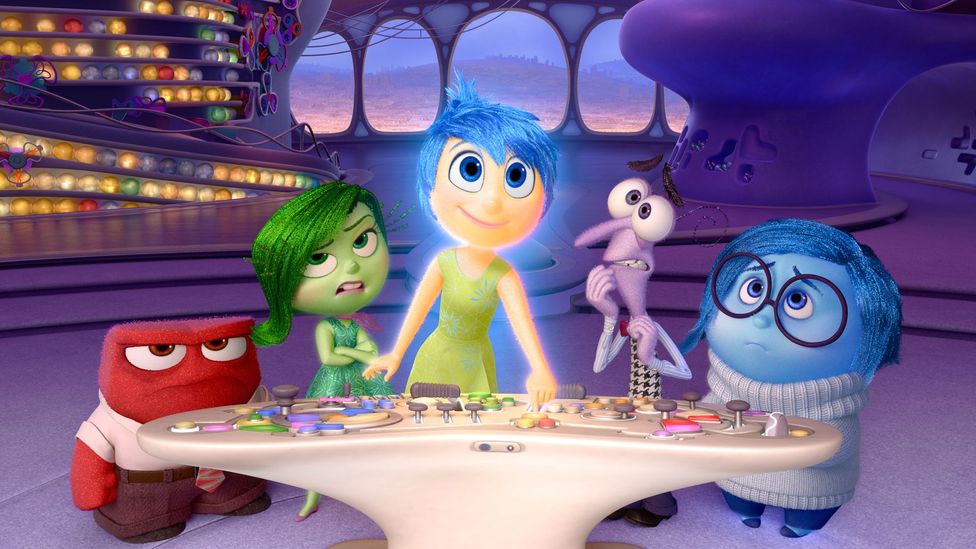 Pixar’s greatest film in a decade creates something I’ve never seen in a movie before: a vision of how our emotions fight and jockey with each other to create who we are. When Riley (Kaitlyn Dias), on the cusp of adolescence, moves with her parents to San Francisco, she sinks into despair, and the beauty of this animated wonderland is the way it turns her depression into a high-stakes game of memory and identity. Anger (a triumphantly bellicose Lewis Black), Fear (Bill Hader), Disgust (Mindy Kaling), Joy (Amy Poehler): the inner working of Riley’s brain becomes a console board of squabbling forces, with Sadness (Phyllis Smith) as its moral centre – the passive-aggressive Debbie Downer who keeps us human. (Credit: Disney/Pixar) 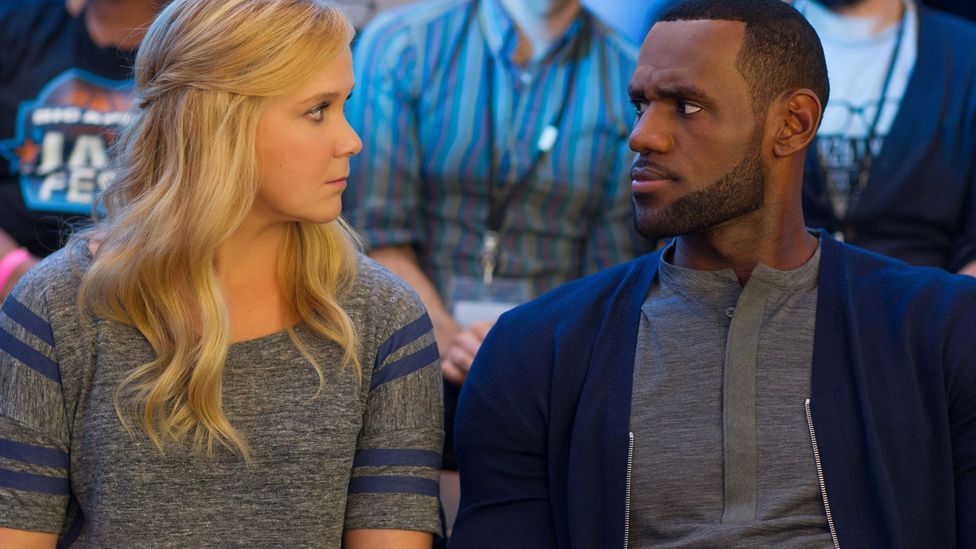 The title – and ad campaign – make it look like the tale of a godforsaken drunk girl, but Amy Schumer’s magazine-writer heroine is a disarmingly functional washout. She loves sex, acting irresponsibly and saying any damn thing that flies into her head. She’s doing what our culture taught her to do, and Judd Apatow’s movie is about this charming lost girl’s journey to adulthood. It’s the deliriously funny romantic comedy that Julia, Sandra, and Meg could never quite make, but Schumer, writing her own screwball script, trumps all their cookie-cutter princesses. As Amy, she is always hilarious but never less than real. And Bill Hader continues to show that he’s a geek everyman who radiates goofiness and dignity in equal measure. (Credit: Universal Pictures) 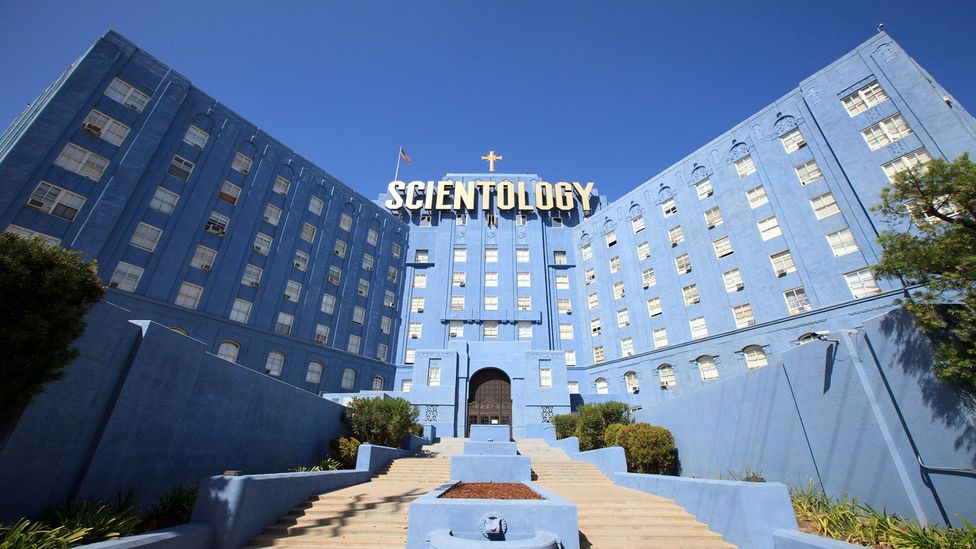 4. Going Clear: Scientology and the Prison of Belief

Director Alex Gibney churns out documentaries as often as some people make sitcom episodes. His work occasionally suffers as a result, but he outdoes himself in this ominous and masterly plunge into the mystery of Scientology. The movie creates the suspense of a thriller, penetrating the hidden depths of cult psychology, explaining – in shockingly close detail – how Tom Cruise and John Travolta became so enmeshed in and how so many ordinary people gave up their lives and identities to the religion founded by the pulp sci-fi writer L Ron Hubbard. The film’s first appearance by the group's leader David Miscavige rivals the entrance of Darth Vader in Star Wars. (Credit: HBO Films) 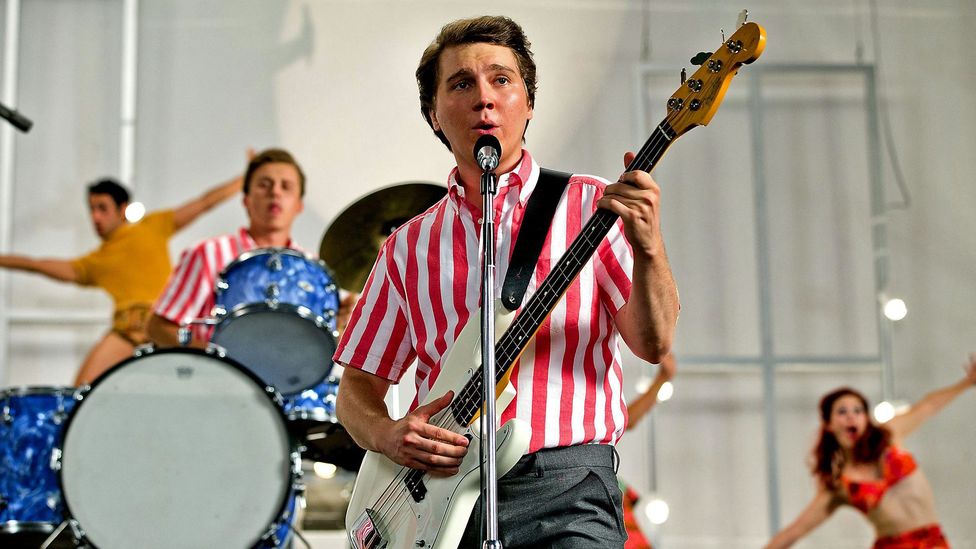 How do you make a biopic about the Beach Boys’ Brian Wilson, a pop genius with such a fragile personality that he often had trouble putting a sentence together? Bill Pohlad’s brilliant, moving drama dives deep into Wilson’s instability, portraying him as an angelic basket case who heard voices the same way he heard melodies: as a message from the beyond. Paul Dano, in the greatest performance by an actor this year, nails every tic and nuance of the young Brian’s stuttering radiance. And as Wilson the middle-aged has-been, chained to an exploitative therapist (Paul Giamatti), John Cusack – though he doesn't much look like the former Beach Boy—gives his most emotionally eloquent performance since Say Anything. (Credit: Roadside Attractions)

After three decades, director George Miller ups the ante on The Road Warrior the same way that The Road Warrior upped the ante on the original Mad Max, and the result is mesmerising. No action scenes have ever been this fast or furious; watching them is like playing a nightmarish death-sport videogame. The dark beauty of the movie is that in every razor-edited shot, every slashing duel of rusty jalopies, there is always something at stake. Tom Hardy makes Max a broken-down wreck desperate to rediscover who he is, and Charlize Theron is the buzzcut avatar of a new matriarchy. She’s the soul of Fury Road, and fierce enough to burn you. (Credit: Warner Bros) 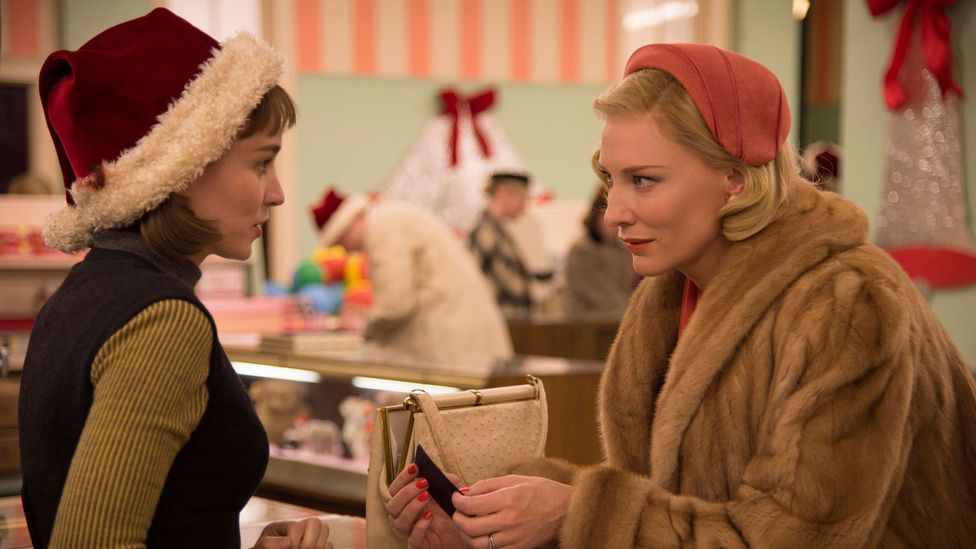 Set in a mood-indigo version of the early 1950s, Todd Haynes’s sublime weepie seems an all too obvious cousin of Far From Heaven at first. Yet Haynes has never before portrayed passion with such elegant directness. He turns a 1952 Patricia Highsmith novel into an entrancing romantic voyage tinged with heartbreak. As Carol, who seems a femme fatale until we learn that she’s a devoted mother about to lose everything, Cate Blanchett gives a powerful performance: haughty, tender, raging and full of woe. And Rooney Mara turns her poker-faced ingenue’s awakening into a discovery of what love really is. Carol, without ever saying it out loud, is a profound plea for tolerance, a movie that locates the meaning of liberation in the trance of an Old Hollywood gaze. (Credit: The Weinstein Co)