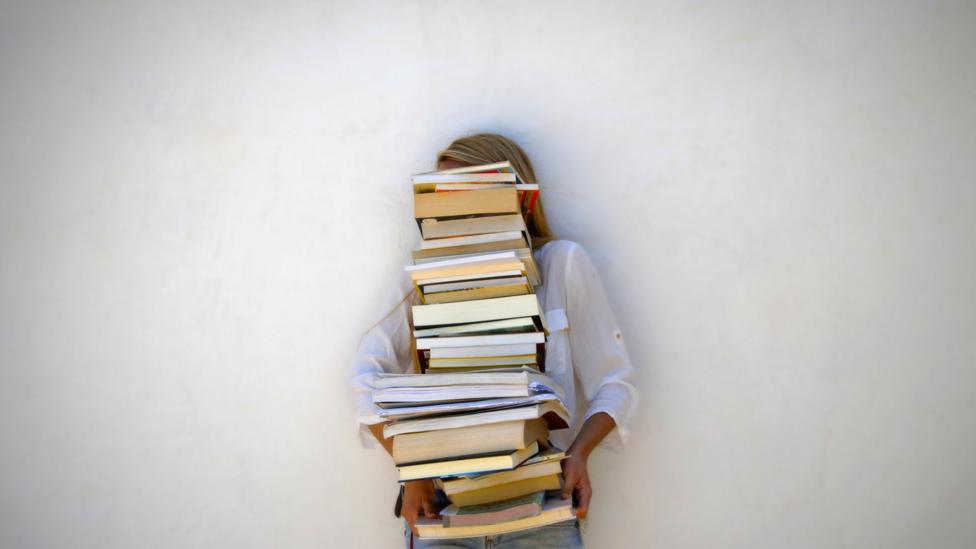 By Jane Ciabattari 23rd December 2015
From Don DeLillo’s 17th novel and a biography of Thomas Jefferson to an engaging look at Existentialists, Jane Ciabattari selects the best books to read in the coming year. 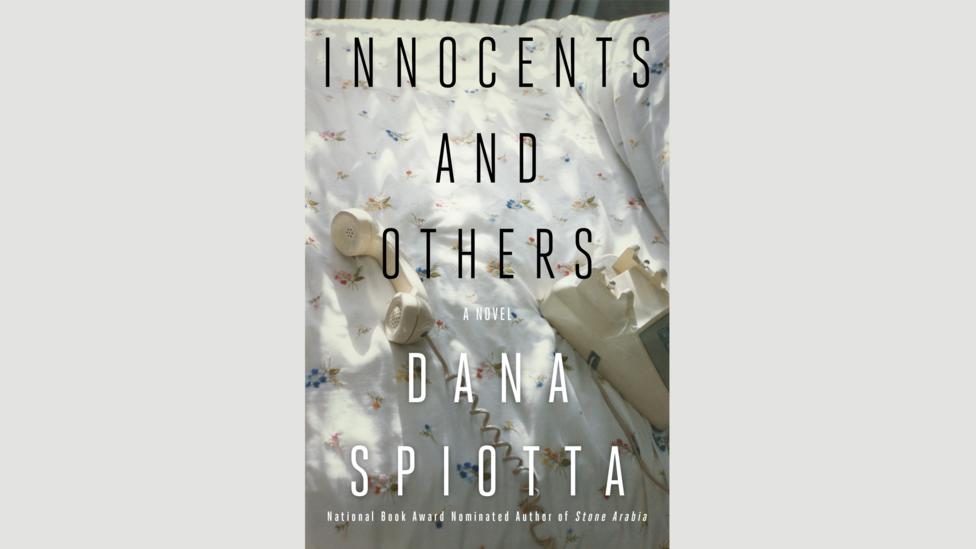 As a teenager, Meadow claims to have had a months-long tryst with Orson Welles. Determined to become a film-maker, she leaves Los Angeles and sets up a makeshift studio in upstate New York. Her first film, an eight-hour Betacam video of her boyfriend, wins a jury prize. She draws acclaim for a 1992 documentary called Kent State: Recovered. Her high school best friend Carrie follows a more traditional path – her comedies win Golden Globe nominations and a Writers Guild Award. Meadow’s penchant for documenting ambiguity and raw emotion draws her into telling the story of Jelly, a woman who seduces powerful men through phone conversations. But soon Meadow stops making films – and only Carrie knows why. Spiotta captures the tensions and contradictions of how we live now in this mesmerising and innovative novel. (Credit: Scribner) 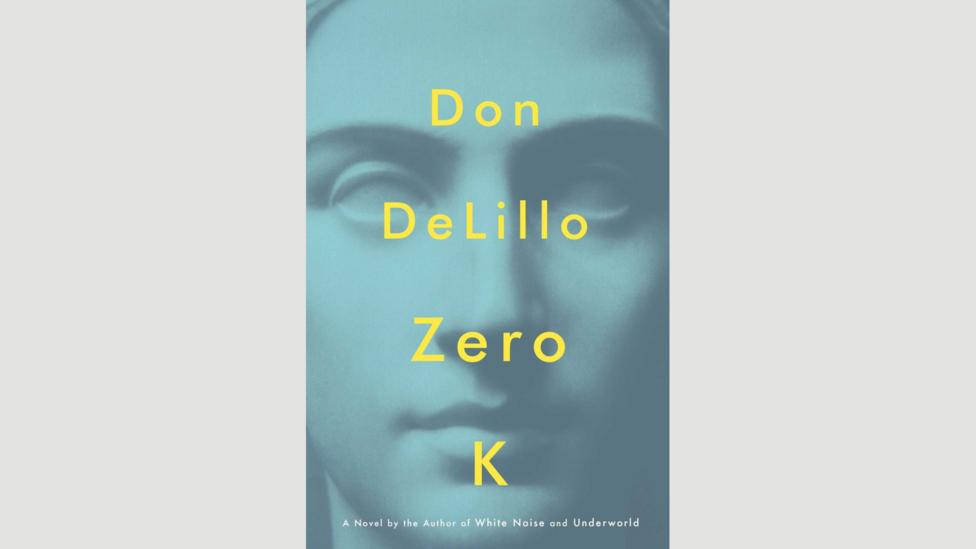 In his 17th novel, DeLillo follows Jeffrey Lockhart and his father Ross, a billionaire, to a place where Ross’s younger second wife Artis – “the archaeologist, the one whose mind and failing body would soon begin to drift, on schedule, into the void” – can preserve her body indefinitely until medical advances can heal her. While son struggles to reconnect with father, DeLillo’s characters discuss the nature of time and the consequences of ‘literal immortality’ – “What will poets write about? What happens to history? What happens to money? What happens to God?” We are even privy to Artis’s musings in her suspended state: “But am I who I was.” (She is “first person and third person both,” DeLillo writes.) Zero K is one of DeLillo’s best – audacious, heartfelt, elegantly shaped and filled with provocative obsessions. (Credit: Scribner) 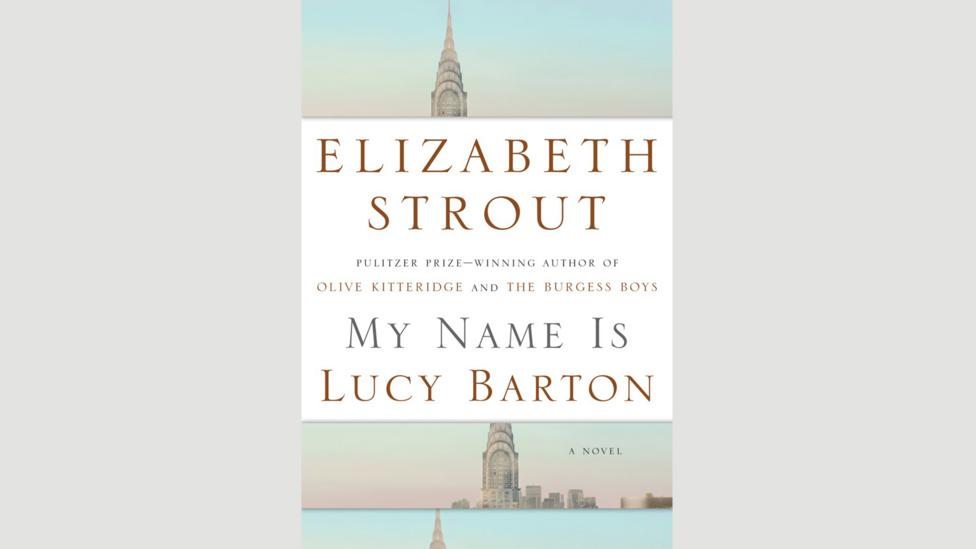 In her fifth novel, Strout, whose Olive Kitteridge won a Pulitzer Prize, brings us young Lucy Barton lying in a hospital bed in view of the Chrysler Building for nearly nine weeks in the 1980s. She is in a “very strange state – a literally feverish waiting” as she heals from an infection after an appendectomy. She misses her husband and two young daughters. Her mother comes to visit, and tells her stories she had never heard before about their friends and neighbours back in Amgash Illinois. Lucy is a writer, counselled by a city friend to be ‘ruthless’ and encouraged by a workshop leader who tells her not to ‘protect’ anyone while writing. As her mother and father die and her husband disappears, she comes more clearly into herself. Lucy Barton is yet another indelible Strout creation. (Credit: Random House) 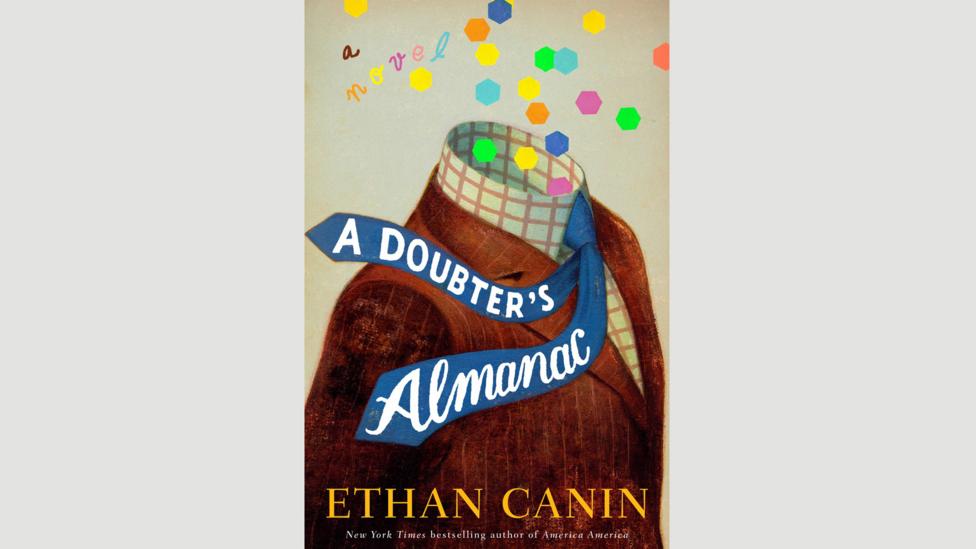 Milo Andret is a mathematical genius who grows up in Michigan in the 1950s. In graduate school at Berkeley he works under Hans Borland, then the most famous mathematician in the US. With isolation and effort, he discovers how to harness his remarkable mind. In passages that illuminate the process, Canin shows how Andret uses mental projection to imagine a fourth dimension, staking his future on “the higher dimensions, despite their unseeable complexity”. By the age of 32, he has found a solution to one of math’s greatest problems. His career soars. His emotional life is starting to fragment, beginning with a love triangle that lasts for decades. Canin follows his trajectory through a second generation, with his son Hans inheriting his mathematical gift and his fearsome flaws. Canin’s seventh novel is that of a masterful writer at his transcendent best. (Credit: Random House) 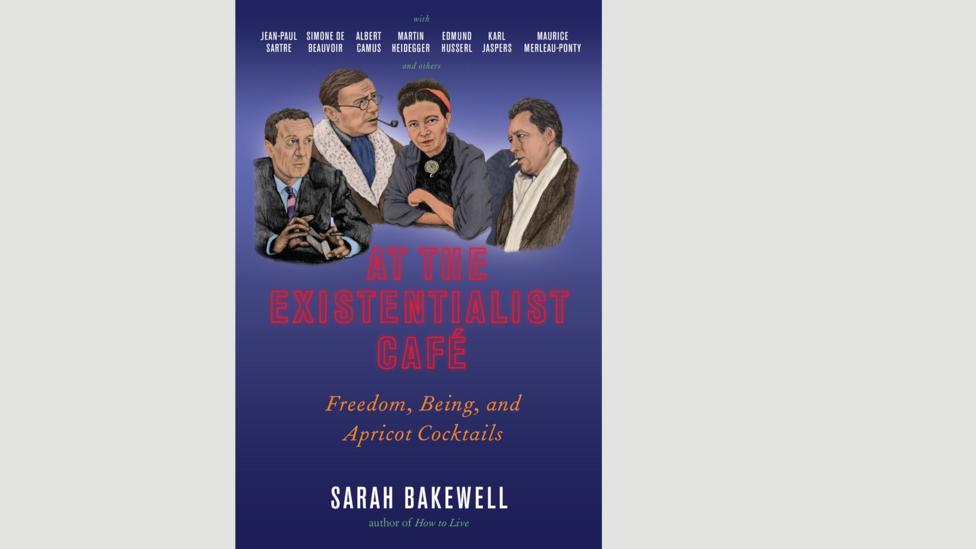 Bakewell won a National Book Critics Circle award for her innovative 2010 biography How to Live: A Life of Montaigne. Her equally idiosyncratic new At the Existentialist Café takes on the intellectual movements of the 20th Century and the philosophers who shaped them. She opens in1933 in Paris, when Jean-Paul Sartre, Simone de Beauvoir and Raymond Aron drink apricot cocktails at the Bec-de-Gaz bar on the rue Montparnasse. Aron is excited about phenomenology, a new concept coming out of Berlin. “If you are a phenomenologist, you can talk about this cocktail and make philosophy out of it!” he says. Bakewell follows the growth of Existentialism through the decades, adds the influences of Albert Camus, Martin Heidegger, Edmund Husserl and others, and shows how its emphasis on authenticity, freedom, and responsibility are relevant today. (Credit: Other Press) 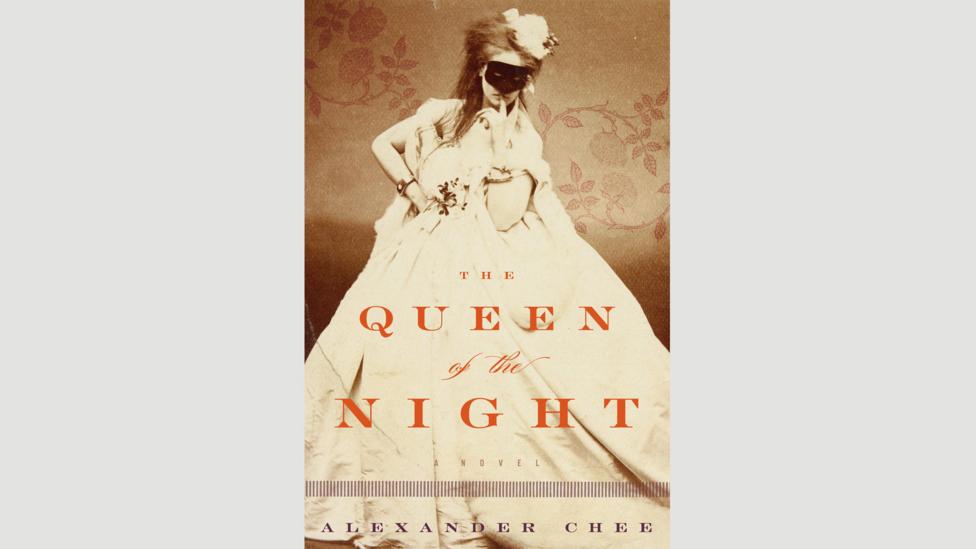 Chee’s enchanting The Queen of the Night is about a legendary 19th Century Paris soprano, inspired by Jenny Lind. Lilliet Berne’s voice was said to “turn arias into spells, hymns into love songs,” writes Chee. She was the gifted daughter of Minnesota settlers who considered her voice a curse. Orphaned, she travels to Paris, where she makes her way as a hippodrome rider, a courtesan, an empress’s maid and finally an opera singer. One night a writer approaches her to create a role in a new opera, based on his novel. When she asks about the story, it seems it’s about her. It contains her darkest secrets, known only to four people. A coincidence? A trap? Or a betrayal? Chee’s second novel is a mystery, a meditation, a lyrical jewel. (Credit: Houghton Mifflin Harcourt) 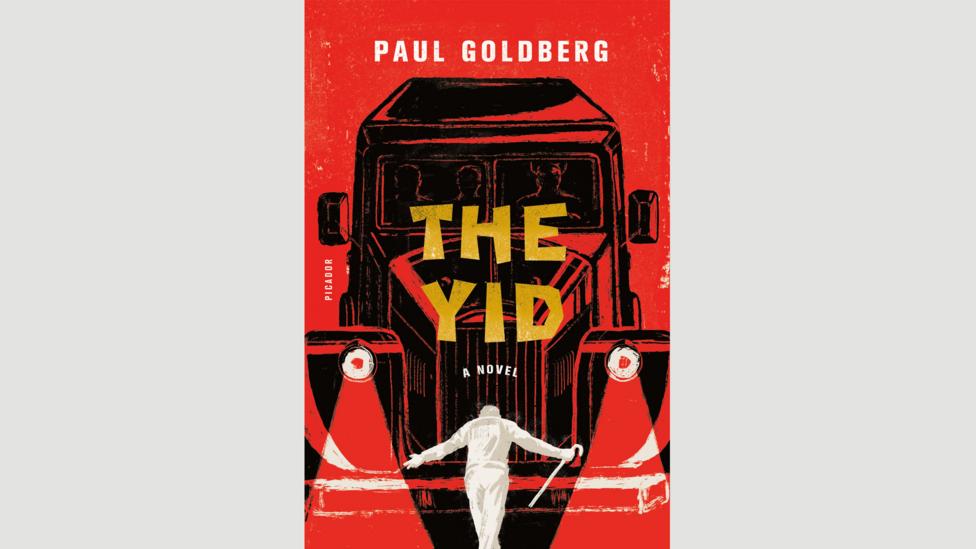 Goldberg’s debut novel opens with a “knock-and-pick” scene set in February 1953 Moscow. Three men in a Black Maria leave the “castle-like gates” of Lubyanka to arrest Solomon Shimonovich Levinson, a Red Army veteran and actor for the defunct State Jewish Theatre. A Yiddish-speaking audience would have rolled with laughter, Goldberg writes, at this pure performance, which “merges comedy, tragedy, absurdity, fantasy, reality…” Levinson performs a triumphant “pirouette with small-swords,” a stage trick, and escapes. So begins a mad, comic yet deadly serious adventure in which the “Old Yid” and sidekicks attempt to assassinate Stalin before he can follow through on his genocidal ‘Final Solution to the Jewish Question’. Goldberg, a Russian émigré to the US in 1973 whose parents’ names were on Stalin’s lists, pulls off a tragicomic tour de force. (Credit: Picador) 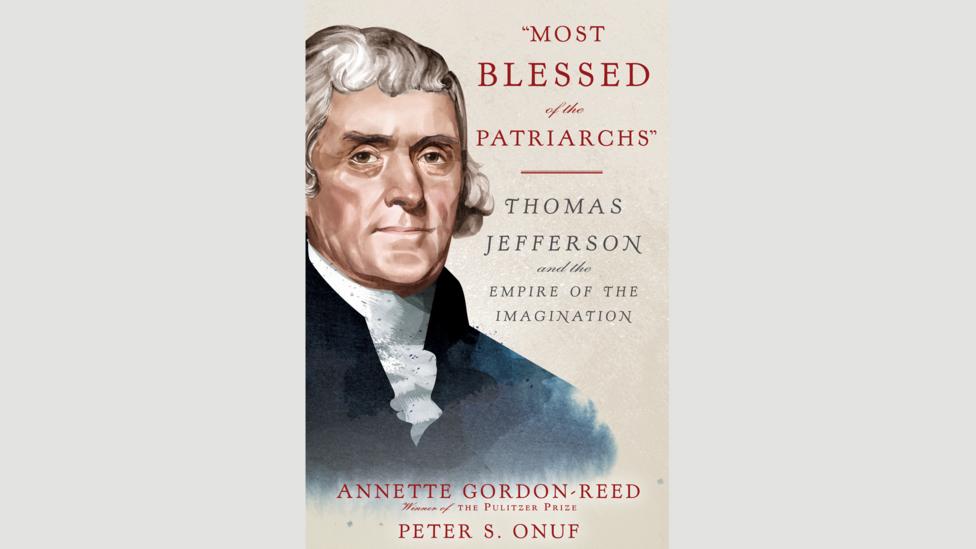 Gordon-Reed won the Pulitzer Prize and National Book Awards for The Hemingses of Monticello: An American Family (2008). Onuf is a leading Thomas Jefferson scholar. Their ground-breaking reinterpretation of the life and philosophy of Jefferson – the third US president – “explores the roles he played” and the self he fashioned. They emphasize the “empire of his imagination – “created out of the books he read, the music he played… the people he loved and admired, his observations of the natural world, his experiences as a revolutionary, his foreign travels, his place at the head of a society and a government, his religion, and his role as one who enslaved other men and women”. They cover his Virginia origins, his years in Paris and his thinking on slavery, race and Christianity. This fascinating study reshapes our perception of Jefferson. (Credit: Liveright) 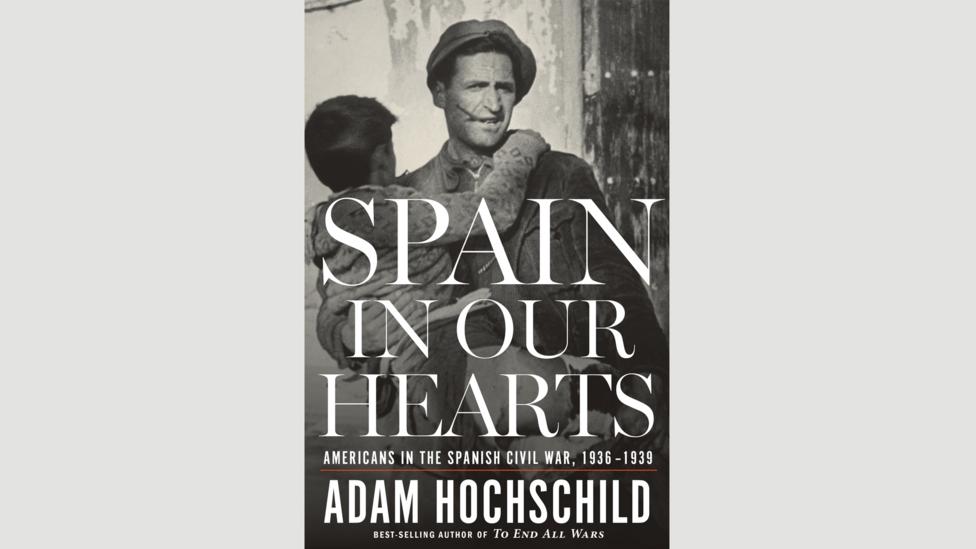 Hochschild, author of the searing King Leopold’s Ghost, examines the complex political and social aspects of the Spanish Civil War, which began when Francisco Franco led a military uprising against the democratically elected Spanish Republic. He was backed by Nazi Germany and Fascist Italy. Hochschild calls the war “a moral and political touchstone”, and “the opening act of the larger war to come”. He includes Ernest Hemingway and George Orwell in his narrative (and draws his title from Albert Camus: “Men of my generation have had Spain in our hearts… It was there that they learned one can be right and still be beaten…”). But his primary focus is on the 2800 Americans who went to war while the US, in an isolationist mode, stayed out of the conflict. (Credit: Houghton Mifflin Harcourt) 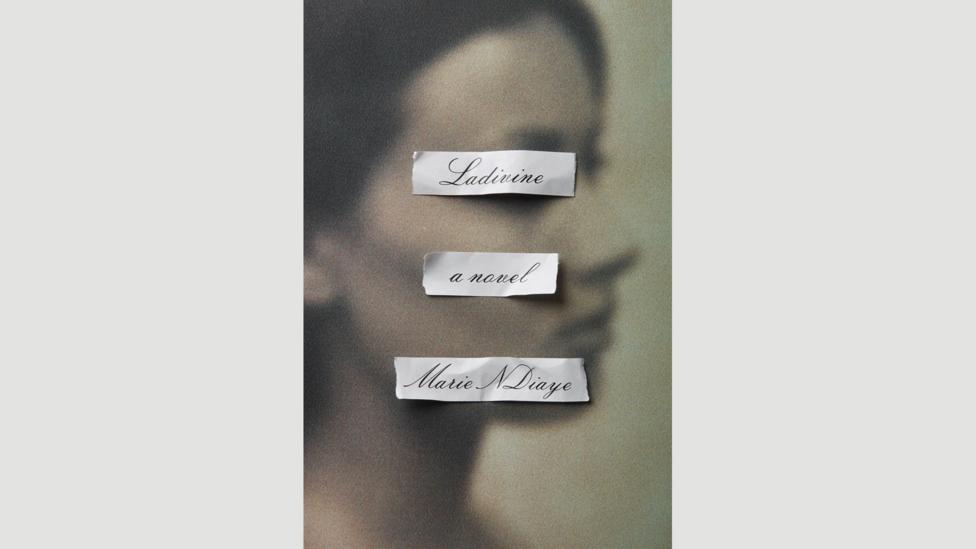 French-born NDiaye has won the Prix Femina, the Prix Goncourt, and has been shortlisted for the Man Booker International prize. The consequences of racial passing are at the core of her moving, ultimately radiant new novel (translated from the French by Jordan Stump). It opens with Clarisse Riviere traveling for her monthly visit to her mother Ladivine in Bordeaux, passing back into her girlhood identity as Malinka. Clarisse visits her mother – “the object of her shame” – in secret, keeping her identity hidden from her family. Her mother’s neighbours have learned not to speak to Ladivine’s white daughter. Over time, living a lie makes Clarisse distant and uncaring. Her husband leaves her, and several years later she is murdered by a lover. Magically, her spirit lingers as a brown dog following her mother and her daughter, “protecting or tracking her, body and soul.” (Credit: Knopf)