Loading
In the Frame | Art history
What can an 18th-Century painting tell us about Trump?
Share using EmailShare on TwitterShare on FacebookShare on LinkedinShare on Whatsapp By Catherine Ingram 5th February 2016
What does an unfinished 1794 painting from the French Revolution tell us about Donald Trump’s defeat in Iowa? Art historian Catherine Ingram explains.
O

On the surface Donald Trump, post Iowa, remains buoyant: indeed, CNN reported him telling a child that he is in fact Batman. In cards, the trump card is a ‘winner’ and this is how Trump is marketing himself. Trump’s whole campaign is about winning; he’s going to win and he claims that once he does, America is going to win so often it’s going to get sick of winning. Winning what and winning how? We’re never precisely sure – but this photo shows him at a rally in a sports centre in New Hampshire, after he’d lost the Iowa caucus to Ted Cruz. 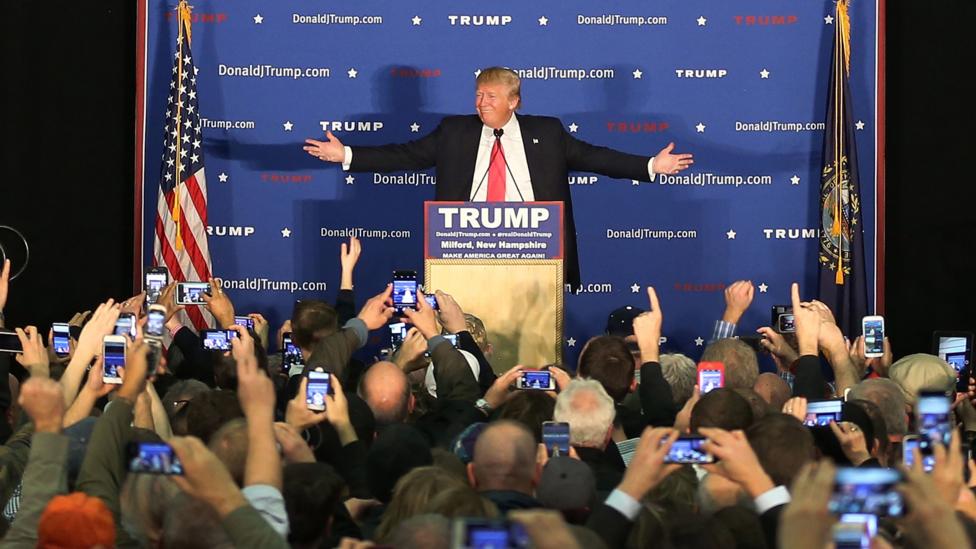 Interestingly, the French Revolution started on a sports field. Jacques-Louis David’s unfinished painting The Tennis Court Oath (1790-94) records the moment when the Third Estate, defying the authority of the King, met in the indoor tennis court at Versailles and pledged that that they would work collectively to establish a constitutional government.

Visually the photo of Trump and David’s painting are very similar: a chorus of raised arms directs our gaze to a central, elevated figure, who commands the surrounding space. In the David painting half the picture is empty space. Therefore, despite the crowd, the room feels airy. Gusty winds billow in from high windows, blowing back the curtains and bringing fresh air into the room, reflecting this as an invigorating time in French politics. According to Trump, he’s the much-needed breath of fresh air in US politics. However, his fresh air seems to be based on inexperience; he boasts that he’s only been in politics for six months. 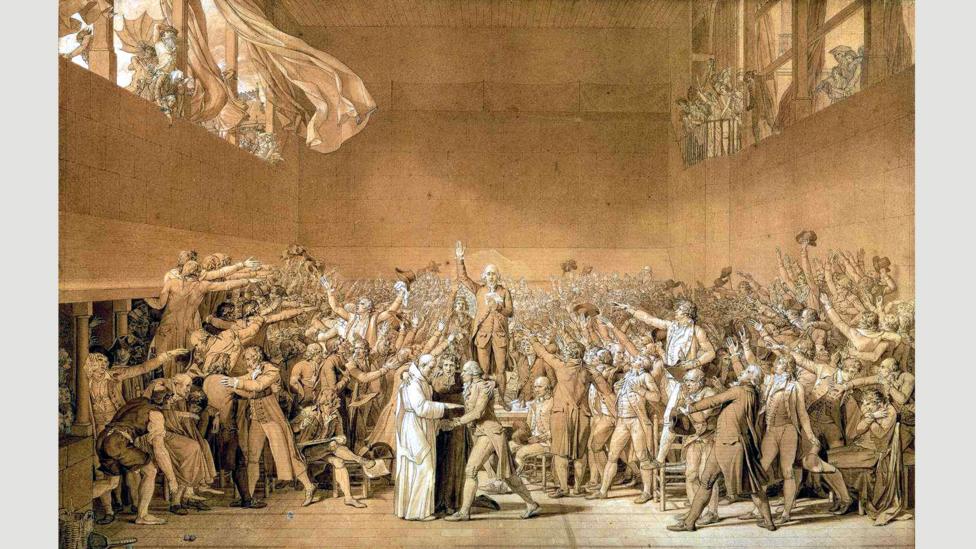 What is telling is how differently the two crowds behave. The revolutionary crowd actively participates. It is a highly emotional scene: realising the enormity of the moment, Pierre Robespierre (standing in the right foreground) clasps his arms to his chest, and swoons. Writer Emmanuel Joseph Sieyès sits immobile, pensive and fretful over what his political writing may have precipitated. And there’s a chorus of arms heralding their support for revolutionary action.

In sharp contrast, the Trump scene is a spectacle and consumed as such. Fixed on gathering visual mementos, the crowd is not participating in the truest sense. They’re spectators. Arms are raised to position iPhones and get the best snap. But our obsession with the camera started long before the iPhone: in 1977 in her iconic book On Photography, Susan Sontag noted that: “Needing to have reality confirmed and experience enhanced by photographs is an aesthetic consumerism to which everyone is now addicted.”

The worry is that when we become passive spectators, we open the stage for empty rhetoric. Trump’s politics are the politics of the spectacle; his win is that he does gather the crowds. Even Democrats are turning up to his rallies just to see the show in action. Trump doesn’t seem to disappoint, wheeling out his claims while the cameras keep clicking.

Catherine Ingram is an art historian and the author of This is Warhol and This is Dalí, both published by Laurence King.