Loading
Design Icons | Academy Awards
Who was Oscar? A history of the Academy Awards statuette
Share using EmailShare on TwitterShare on FacebookShare on Linkedin 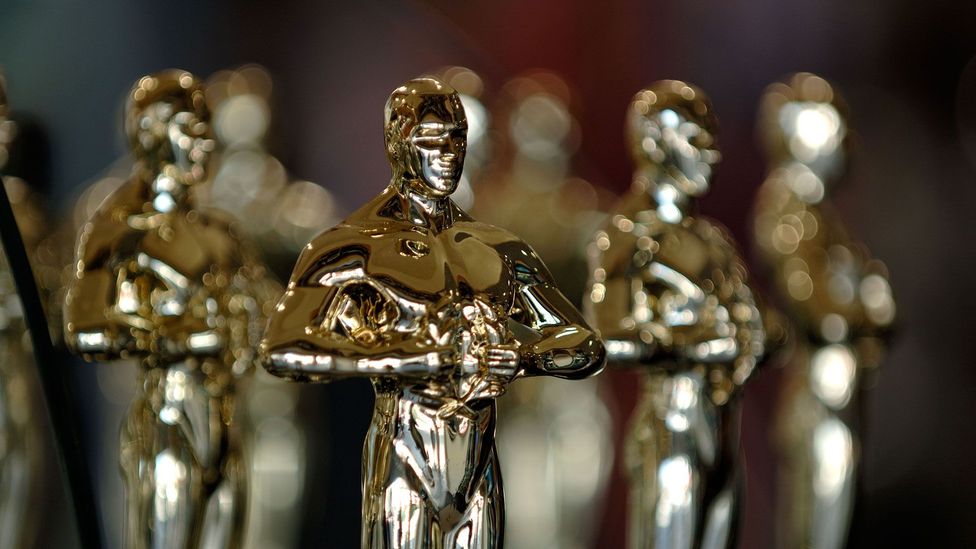 Emil Jannings, a German actor who would go on to make propaganda films for the Nazis in the 1930s, was the first recipient of the legendary Oscar. Had there been a mistake? Well, yes. Reputedly, the real winner that year – 1929 – was Rin Tin Tin, the 11-year-old German Shepherd rescued from wartime France in 1918 by a US airman. Rin Tin Tin had gone on to become one of the most popular and profitable Hollywood stars at the time when silent movies were giving way to the talkies.

Rin Tin Tin starred in 27 films, four of which were released in 1929 alone. The then recently formed Academy of Motion Picture Arts and Sciences, under the aegis of Louis B Mayer, head of MGM, decided that giving a dog the first of the soon-to-be legendary gold-plated 13.5in (34.3cm) statuettes – in the guise of an Art Deco medieval knight holding a long crusader’s sword and standing on a film reel – would give the wrong impression.

If not entirely barking, the decision would set a curious and eccentric precedent. So even though Rin Tin Tin received the most votes for best actor in first-round voting – a rumour New Yorker staff writer Susan Orlean confirms in a biography of the canine star – the Academy held a second round of voting with human contenders only. 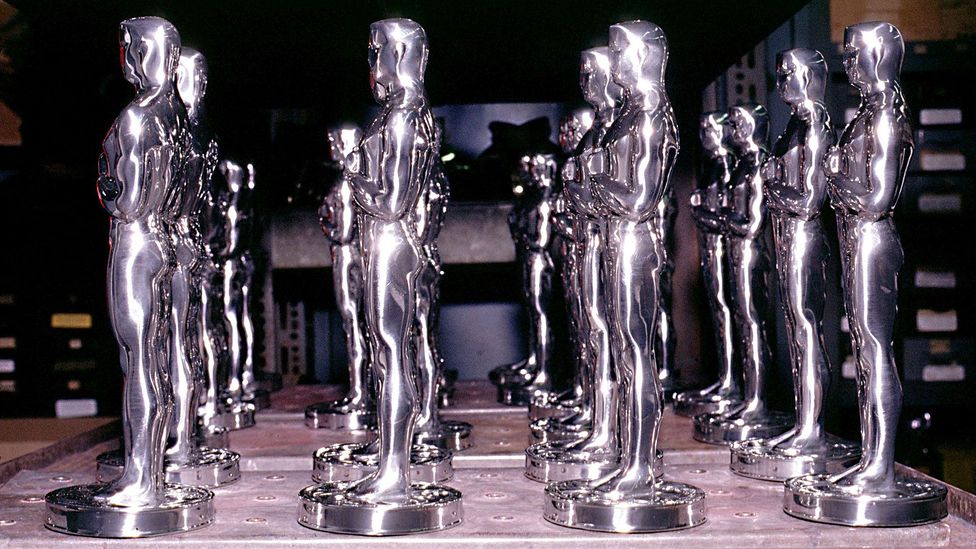 The Oscar statuette weighs 8.5lb (3.6kg) and starting with the 2016 Academy Awards will be created by the Polich Tallix company in New York (Credit: Rex)

Ever since, the Oscars have been controversial. Walt Disney received 26 awards – the record to date – while Alfred Hitchcock was never recognised, except with an honorary statuette. While hosting one of the Academy Awards, Bob Hope is said to have quipped, “If we have any of these statues left over, we’ll just send them to Walt Disney.”

Whatever the internal politics of the Academy of Motion Picture Arts and Sciences, there is clearly no doubt that Oscars are coveted and alluring. The poster for this year’s Awards depicts the golden outline of the unmistakable statuette shimmering from a jet-black background. “We all dream in gold”, it says.

The striking statuette itself has changed precious little since the first 1929 ceremony presided over by Douglas Fairbanks, the ‘King of Hollywood’ and the Academy’s first president, at the Spanish Colonial-style Hollywood Roosevelt Hotel. The golden icon had been designed, on paper, by Cedric Gibbons, chief art director at MGM, and transformed into a sculpture by the LA artist George Stanley. 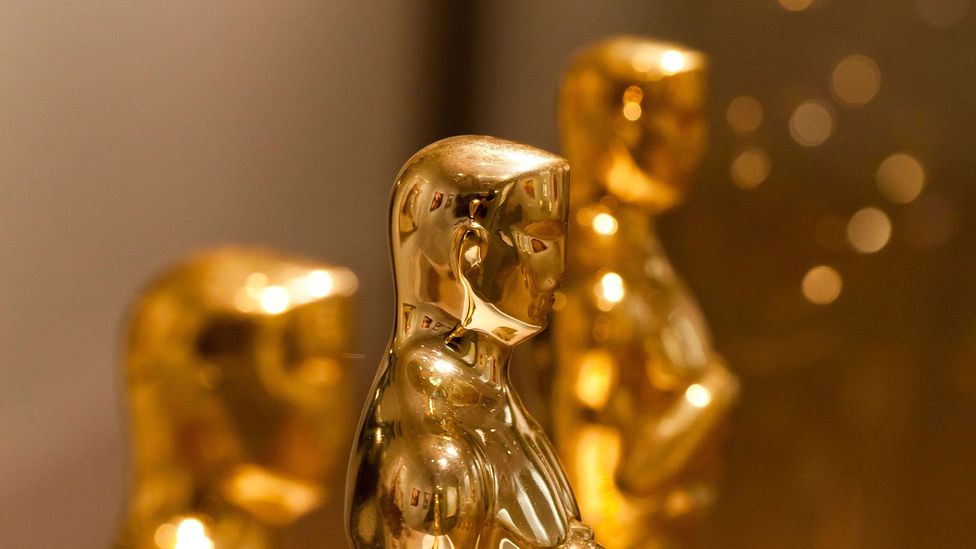 The debonair, Irish-born Gibbons was one of Hollywood’s most influential stylists. The son of an architect, he was possibly the only Hollywood designer who travelled to Paris in 1925 to visit the cradle of Art Deco, the Expositions des Arts Decoratifs et Industriels Modernes.

Back in Hollywood, Gibbons created the ‘Big White Set’, characteristic of so many Hollywood Art Deco-style productions at the time, and ideal for musicals and song and dance spectaculars. He even designed his own Art Deco house, with the architect Douglas Honnold, in the Santa Monica Hills with a Big White Set interior. It was completed in 1930 in time for his marriage to Dolores del Río, the glamorous Mexican star of the silent screen. Gibbons’ passion for Art Deco lives on each year when the Oscar statuettes make their glittering appearance at the Academy Awards. 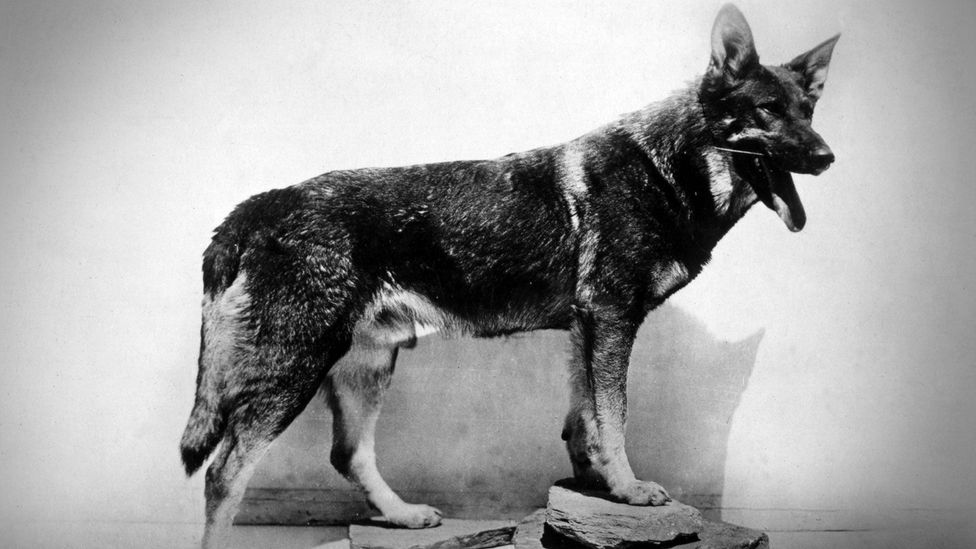 The canine star Rin Tin Tin is believed to have received the most best actor votes in 1929 before a second round of voting excluded non-human stars (Credit: Alamy)

Although no model was used in the design process, Dolores del Río claimed her Mexican friend Emilio Fernández, a Hollywood extra in his mid-20s at the time, had posed naked for George Stanley. While this added spice to the Oscars’ story, and may or may not have helped Fernández’s burgeoning career as an actor and director – he would go on to win the first-ever Palme d’Or prize in 1946 for his film Maria Candeleria – the statuette was so stylised, its figure so abstracted,  that pretty much any fit young man, or none at all, could have been its model.

There was a rumour that Bette Davis had named the statuette after her first husband, Harmon Oscar Nelson

If the story of Emilio Fernández is, at best, apocryphal, the name ‘Oscar’ remains something of a puzzle. Officially, the statuette is called the Academy Award of Merit, but everyone in Hollywood has known it as Oscar since at least 1934. The Academy itself adopted the nickname in 1939. The most likely story is that when the Academy’s librarian, Margaret Herrick, first saw the statuette, she said it looked like her Uncle Oscar. There were other claims to the name at the time – including the rumour that Bette Davis had named it after her first husband, Harmon Oscar Nelson – but whatever its uncertain provenance, it was to stick as firmly as superglue.

The original Oscars, made of gold-plated solid bronze, were cast, moulded and polished by the CW Shumway & Sons Foundry in Batavia, Illinois. By the mid-1930s, bronze had given way to Britannia metal (tin, antimony and copper) plated in copper, nickel-silver and a top coat of 24-karat, or pure, gold. Oscars have gleamed beautifully ever since for the cameras and from the desks and mantel shelves of those awarded them. Since 1982, production has been in the hands of RS Owens & Company, Chicago. 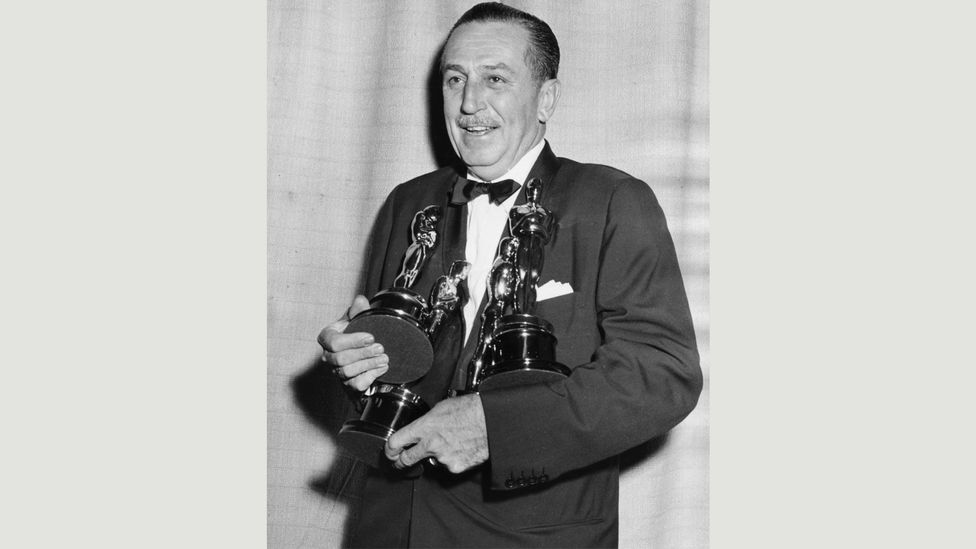 Walt Disney won more Oscars than anyone in history, with 26 in total – costume designer Edith Head still holds the record for a woman, with eight awards (Credit: Getty Images)

The most distinctive break from design tradition came in 1939 when 10-year-old Shirley Temple presented Walt Disney with a second Honorary Award. This took the form of a wooden podium on which stood the standard Oscar adjoined to a flight of tiny wooden stairs down which paraded seven ‘dwarf’ statuettes, an homage, of course, to Disney’s 1937 Snow White and the Seven Dwarfs.

Between 1942 and 1945, however, when all metals were in short supply, Oscars were made, like religious statues, of painted plaster. Recipients were able to trade them in for their gold counterparts once the war was over.

What has never been looked on benignly is the sale of Oscars. Since 1950 neither winners nor their heirs have been allowed to put Oscars on the market without first offering them to the Academy for $1. Some Oscar owners have found loopholes to enable them to sell statuettes. In 2011, Beatrice Welles, daughter of Orson Welles, put up for auction the Oscar he won in 1942 for Citizen Kane (Best Original Screenplay). It fetched $861,542. Might others be worth even more? 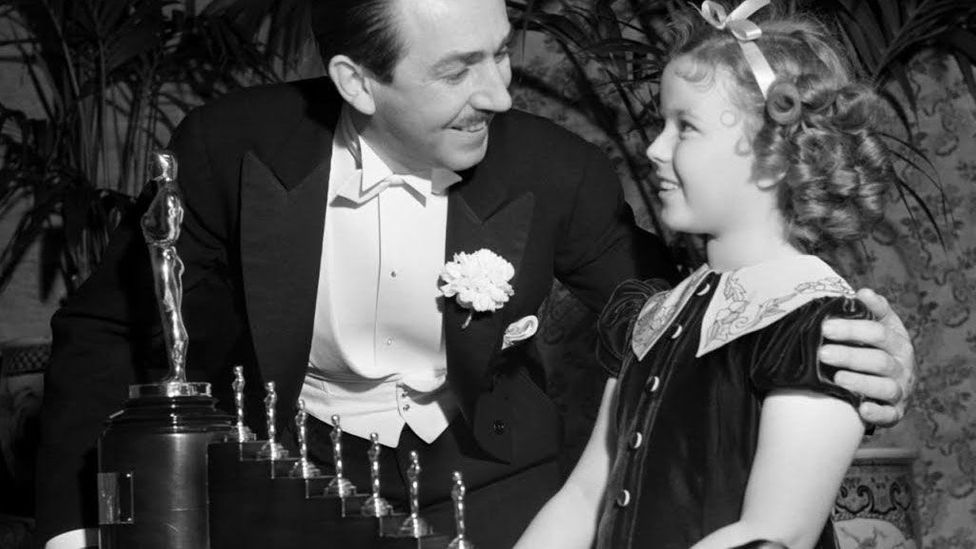 Oscars, though, are essentially priceless. Hollywood icons, they are revered rather like gilded statues of saints in shrines and religious festivals. And, whether it is true or not, Emil Jannings is said to have carried his Oscar before him like a holy relic as he approached advancing Allied troops in Germany at the end of World War Two. “I have Oscar!” he cried, as if this might win him favour. Jannings survived, but had to be de-Nazified. His last, unfinished, wartime film Wo ist Herr Belling?, a light comedy of all things, had begun shooting on 12 December 1944, four days before Hitler launched the Ardennes Offensive, the final heavy German attack before the collapse of the Reich.

Largely unchanging, the Oscar statuette has gleamed silently to attention through turbulent decades both within and without Hollywood. A curious and deeply covetable design, it remains Hollywood’s Holy Grail.