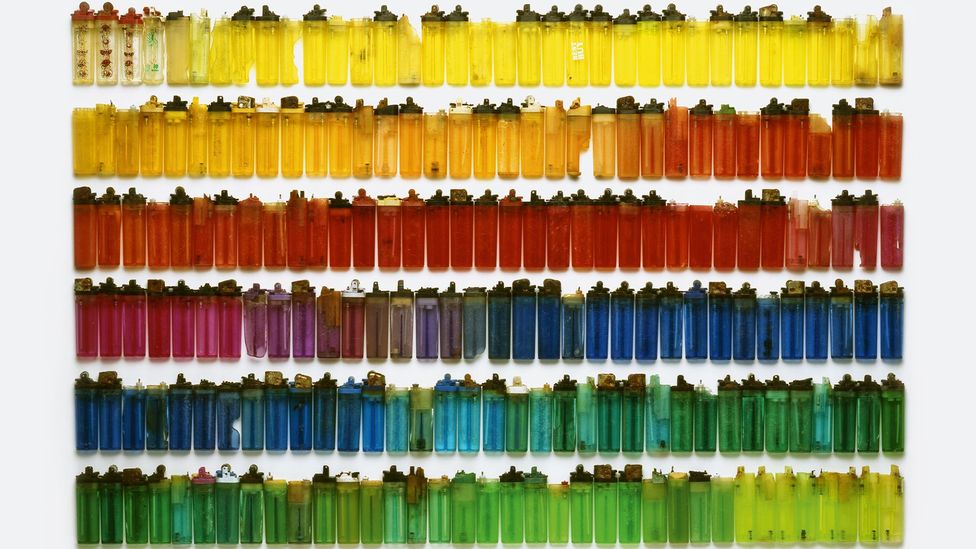 In February 2011, the British artist Stuart Haygarth set off on a 500-mile journey along England's southern coast. His goal: to pick up every single man-made object that he found along the way.

These discarded items – shoes, combs, lighters – are what most of us would call rubbish. But the pieces he made from them, including both installations and carefully composed photographs, turn them into art. 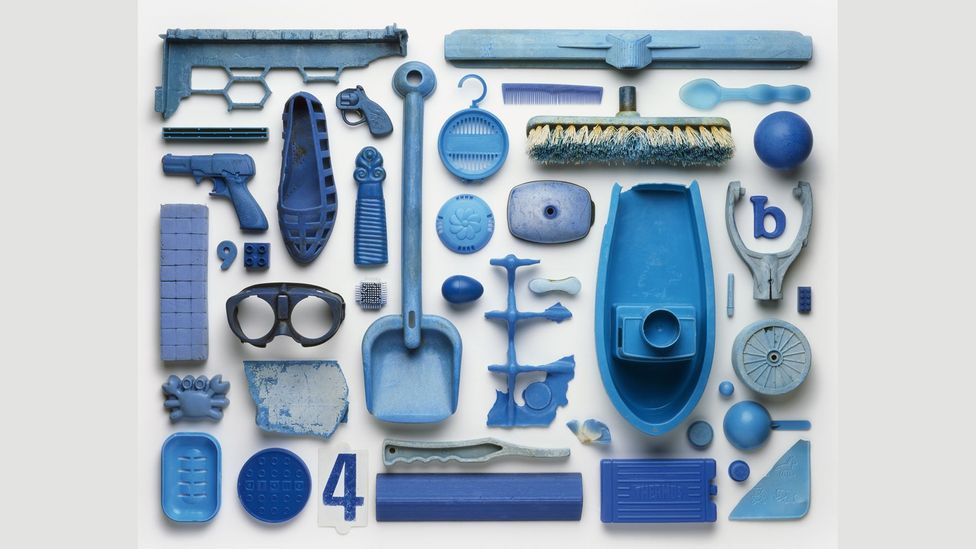 Now out in a new book, Strand, these photographs "make strange again the mass-produced objects that fill our lives to the degree that we scarcely perceive them", Robert Macfarlane writes in the introduction.

This excerpt from the book follows Haygarth along the coast through his journal entries.

My journey started with a weekend trip in February 2011 to test the water and to get a taste of things to come. I set off from east London in my 1982 VW camper van, which would be my lodgings for the duration of the trip. 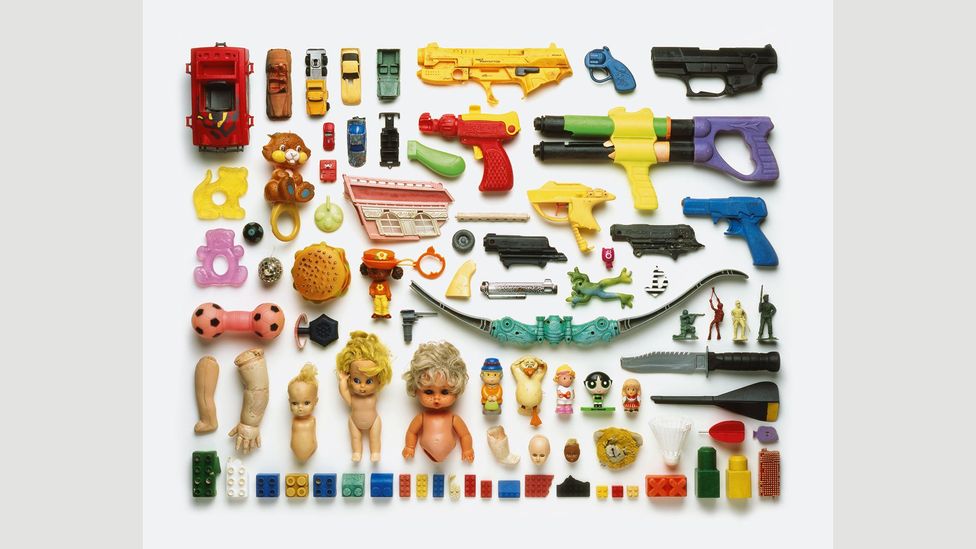 The walk began in Allhallows-on-Sea on the Hoo Peninsula in Kent, beside the Allhallows Leisure Park, along lines of permanent static caravans and rows of regimented prefabricated wooden cabins. Further along the coast towards Grain, huge industrial factories belched out grey smoke. The landscape turned marshy, with several tributaries leading to the Thames estuary.

I was soon to discover, two hours into this first walk, that estuaries are obstacles best to avoid. A trolley modified to hold all the objects that I would collect turned out to be more of a hindrance than a help: its wheels clogged in clay soil, and the many gates I had to climb meant it became unwieldy and cumbersome. 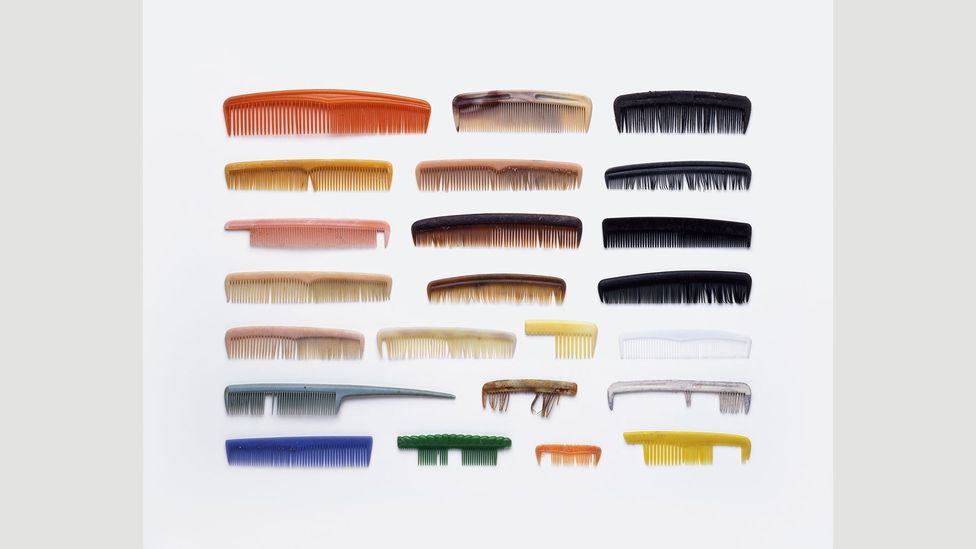 On the horizon, I saw a steady stream of gigantic cargo ships pass by on the Thames.

The beach begins with shingle and endless rows of groyns installed to prevent longshore drift. There are groups of Sunday dog walkers on the early stretch of coast because there is a safe concrete promenade. At regular intervals, artificial wooden benches are positioned with personal family memorial plaques, several displaying withered bunches of flowers. There are no people beyond the promenade because from here the beach becomes wet and muddy with heavy soil. 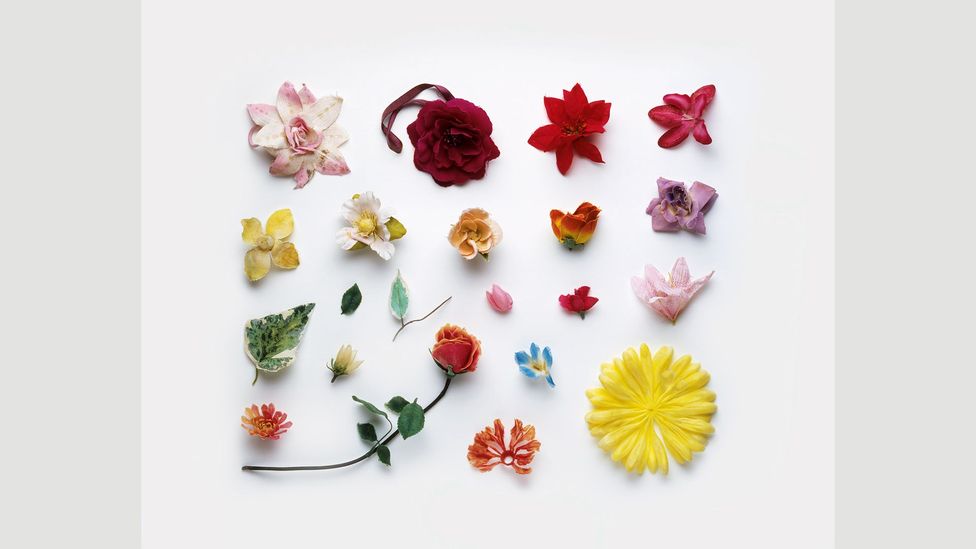 I discover a couple of shipwrecks resembling the carcasses of beached whales, just the decaying hulls remaining. Rusty vehicle components lie partially buried in the ground. An enormous tractor tyre tipped on its side has become a miniature swimming pool brimming with seawater. On my right-hand side are steep, intimidating clay cliffs showing signs of wet mudslides after weeks of heavy rain. My plywood box is completely full and I struggle like a pit pony through the sticky mud. I decide that a carrying system on my back will be much more efficient than the trolley.

Walking at the base of vertical chalky cliffs for most of the day, I had to focus my attention on the tide and exit points. The beaches were deserted because of the overcast day and strong winds. 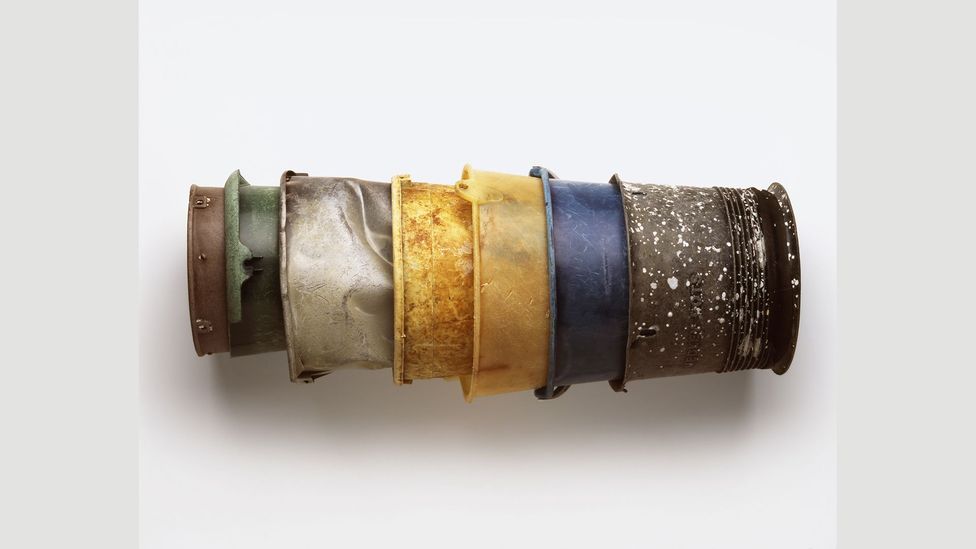 Margate is like a ghost town, symbol of a bygone age of British beach holidays. Boarded-up and decaying buildings with a series of seawater-filled lidos from a different era. The coast walls are covered in chalk graffiti, chunks of chalk littering the promenade.

Walking around the belly of the Isle of Thanet, I soon reached Broadstairs with its cute harbour, boats, brightly painted beach huts and an old-style fun fair. The beach defences were coated in a myriad of green hues and textures resembling large canvases of abstract art. I found little of interest to collect but stumbled across a long pink plastic penis wedged in between some rocks on the cliff face. It turned out to be a novelty straw, which made me smile and feel like an archaeologist discovering an ancient drinking implement.

The sun had brought families to the beach. Cricket, kite-flying and land yachting were in progress. I noticed a sign warning of an infestation of brown-tail moth caterpillars, and sure enough I could see hundreds from where I was standing. A moat with a lonely chair was left from the previous day’s play. I walked past a flimsy wooden fence laden with pieces of rubbish, carefully positioned to create some kind of totem. The sand changed to wide-open shingle with hardy vegetation growing in scattered clumps. 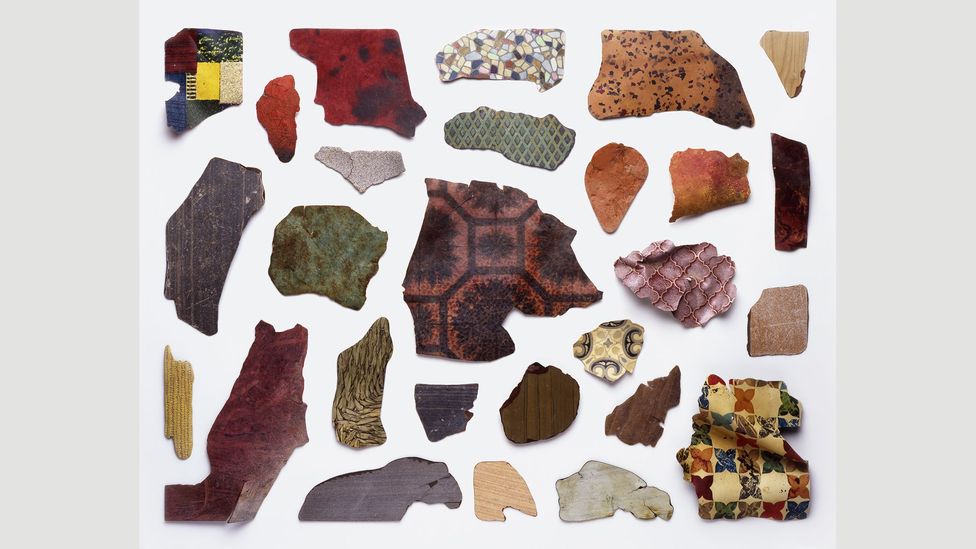 The area around Dungeness is an intriguing and surreal mix: old fishermen’s huts, 1970s retirement homes and newly designed iroko-clad modernist weekend retreats are overlooked by the gigantic and imposing nuclear power station. Beyond here, the coast becomes yet another danger area, a military playground barren apart from abandoned tanks and lookout posts.

This area was a treasure trove for flotsam and jetsam. My rucksack was crammed with objects, heavy and cumbersome. I arrived exhausted at Camber Holiday Park and phoned for a taxi to take me back to the camper van. Ten minutes later, I was speeding towards Littlestone with a speed freak lady driver. She moaned about everything – the royal wedding, other drivers, her injured ankle – all except her love of driving. 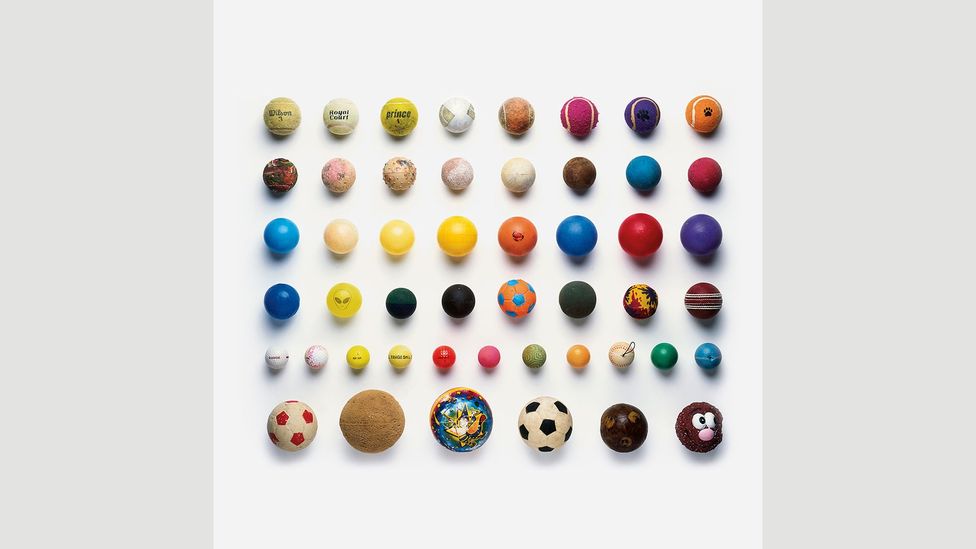 Today was the first rainy day of my walk, so I reluctantly swapped my shorts for a pair of waterproof trousers. Hayling Island does not quite live up to its rather seductive name: amusement arcades, fast-food kiosks and not much else. Even the gale could not deter the many golfers, still going strong.

As I walked west along Stokes Bay, the sun came out and my damp clothes began to dry. Southampton Water is a popular sailing area, with small yachts bouncing around on the swell, a stark contrast to the gigantic cruise ships that slowly creep by. I was soon walking through the former Browndown army training camp and nature reserve, which was great for collecting objects. The area had a series of large concrete mushroom structures, no doubt linked to the military in some way. In the distance, I could see the industrial skyline of Southampton and a refinery with smoking chimneys, the smell of oil in the salty air. 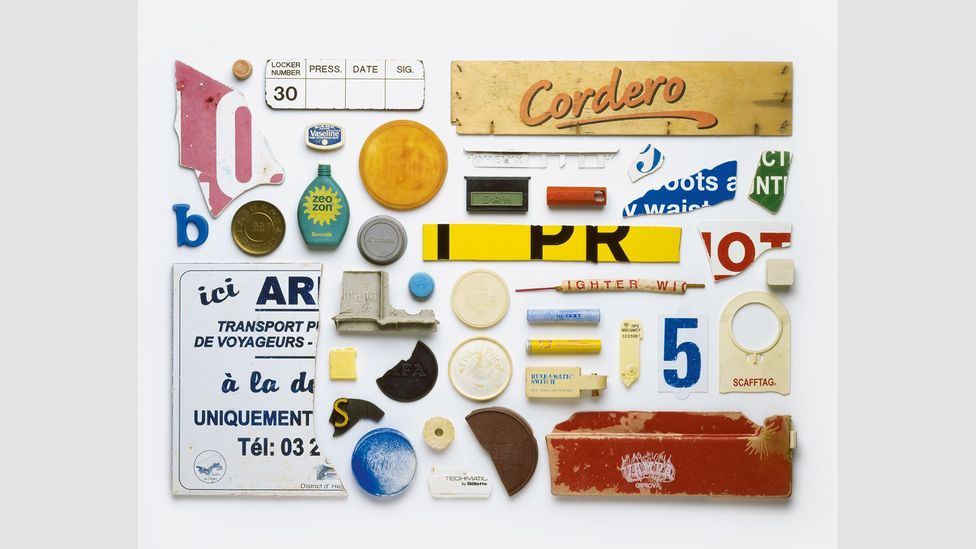 Tonight there was a full moon over the Solent with views across to the Isle of Wight. I fell asleep to the sound of the wind and the van rocking.

At Dawlish, the train tracks hug the Devon coastline, sandwiched in between the sculpted terracotta sandstone cliffs. Today was mainly cliff-top walking, with access to very few beaches. The idyllic coves that I managed to find were clean, so my rucksack remained light. At Teignmouth, I had to circumnavigate the estuary by heading inland to cross over a bridge, adding a couple of miles to my journey. 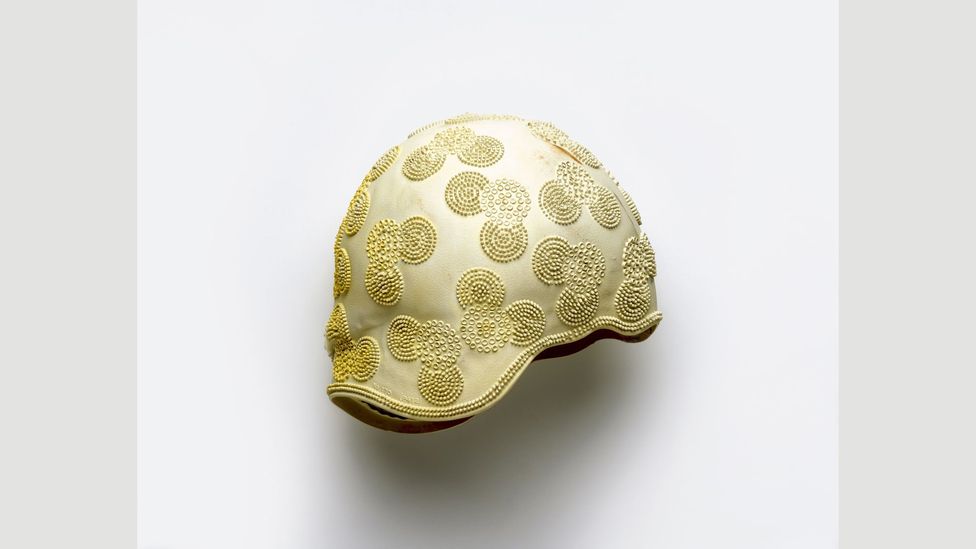 At St Marychurch, I stopped for a short rest. Dog owners threw sticks for their pets, which returned them swiftly, hungry for more play. A small Yorkshire terrier sniffed curiously at my rucksack on the grass and nonchalantly urinated on it before I had a chance to react. The owner apologised, smiled and walked away. 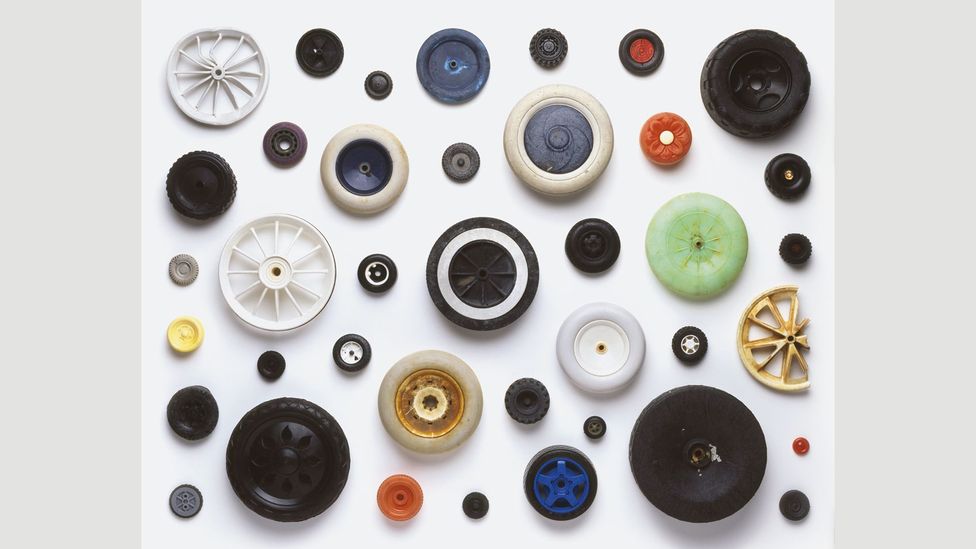 The sun was setting as I entered Torbay. I passed rows of luxurious houses with spectacular sea views; tourists were out in force drinking by the harbour. The taxi driver who returned me to the van was a curious-looking character, a tiny man of boyish proportions but with thinning white hair. The film The Curious Tale of Benjamin Button sprang to mind. I had noticed there were many German tourists in Torquay; the driver explained that it was because Fawlty Towers was set and filmed there: they came in search of Basil Fawlty.

Constant hard rain and wind. My right boot is letting in water because the seal has broken near the heel, so my foot squelches. There are huge crashing waves, attracting thrill-seeking surfers. Absolutely no one is walking the South West Coast Path today. On a small beach, I found what looked like a decapitated shark with chunks bitten from its torso. I passed the remains of solid stone towers and buildings left from the slate-mining days. Collecting was good, probably due to the recent stormy weather. 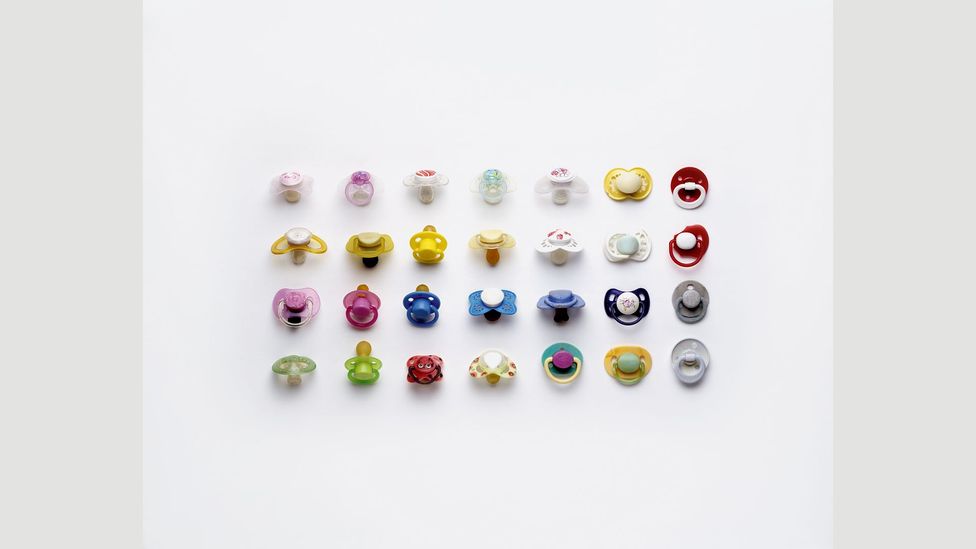 At Porthcurno, I visited the open-air Minack Theatre, founded by the visionary Rowena Cade, who created a Greek-style amphitheatre on the slope of the cliff face.

The light was failing as I reached Land’s End and the skies were dramatic and painterly. Land’s End itself was disappointing. On my arrival, I was confronted with a gigantic car park that was empty apart from two camper vans. In typical vulgar style, there was an array of amusement arcades, gift shops and a cinema showing undersea movies; further along, there was a pub and a charmless modern hotel. 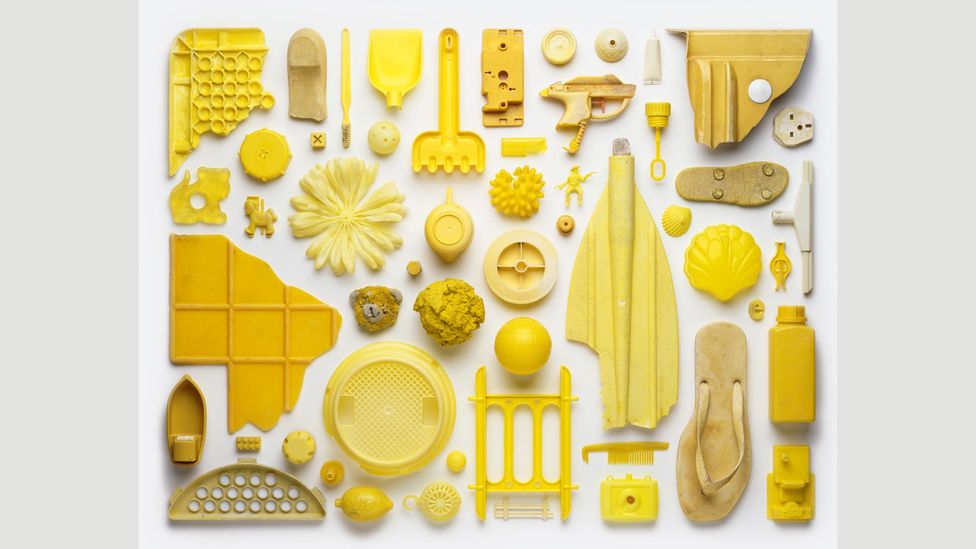 I felt melancholy mixed with pleasure at having achieved my goal.

Extracted from Strand by Stuart Haygarth, published by Art / Books.